On Wednesday, I met journalist and authorCyril Payen. He is the senior international correspondent in South East Asia for France24, which is the leading international news network in France. He came to my university for a couple speaking engagements. Because the professor of both my French classes is high up in the department and had a hand in organizing said speaking engagements, she arranged for him to join her classes on Wednesday. So not only did I meet Cyril Payen, but I got to interact with him twice!


As we'd learned before he arrived, Payen was born in raised in France but has a personal interest in Southeast Asia. His grandmother was Laotian, making his mother half-Laotian, and so Cyril himself is one-quarter Laotian. However, even though he was aware of having Laotian heritage, no one in his family wanted to talk about exactly what happened and he had no connection to that culture or his relatives in Laos. At the age of 20 he traveled to Laos with the little information he had, visiting various people and places in search of answers.  He didn't really find those answers, but as he explained to us, the journey is a reward in itself. He wrote a book about his journey and other research he did while there, which sold very well and was highly acclaimed. 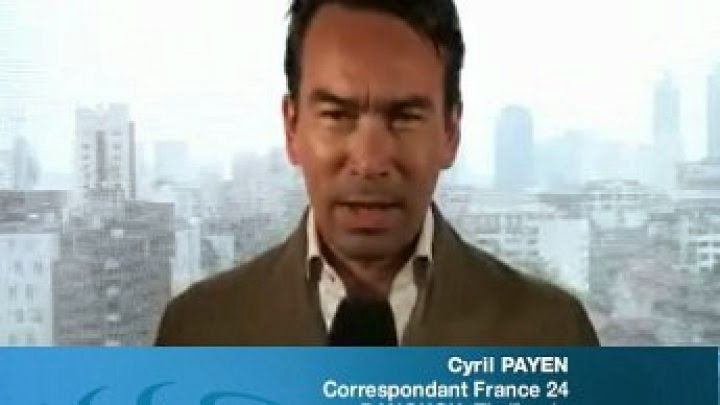 A lot of us were really nervous about meeting him at first. We were intimidated by his success and prestige, and thought he might be self-important and cold. We also feared that he might be appalled by our French. But he was  actually very friendly. He gladly answered the questions we had about him and his career, and he seemed to be interested in learning about us and our interests too. He didn't poo-poo anyone's French, and he actually complimented us on the depth pertinence of the ideas we expressed. Surprisingly, he was also quite funny. A few people were confused about his life story or just hadn't been listening, so they repeatedly asked him how he identifies himself and if he has ever felt out of place in France. To which he responded resolutely (but with good humor), "Non, je suis français. Touchez-moi, je suis français!" ("No, I'm French. Touch me and see for yourself, I'm French!")

Also, this is going to sound crazy, but Cyril Payen looks like someone who belongs on television. Other than the fact that he's shorter in person, he literally looks like he's just stepped out of one of his news reports. I don't know if he was born looking TV-ready or if he's just regularly groomed that way, but either way, he is striking. Some of his statements were equally so. In answering our questions or sharing the knowledge that he has on this topic or another, he would say one inspirational thing after another. And what was cool about it was that he wasn't even trying to be inspirational. He was just talking. But so many things that he said were just so insightful. One of my favorite things he said was that he doesn't believe in words like "satisfied" or "content", because those words imply that there is nothing more to be learned or gained. And anything we do, even life itself, is a progression that continues on and always has something to offer us. I heard that and was just like, Wow.

Even though I'd been intimidated to meet him, and my professor piled up extra projects and assignments on us in both classes in order to prepare for his visit, it all ended up being very rewarding. I even spoke to him up close for a bit. A few of us stayed after my second class, and he asked each one of us why we'd decided to study French, and he didn't cringe or look at me crazy for butchering his language when it was my turn to answer. In all, Wednesday was a very good day.


That's him in the orange sweater with his arms folded. I'm off to his right. My French professor is in the back, wearing the orange and burgundy scarf. 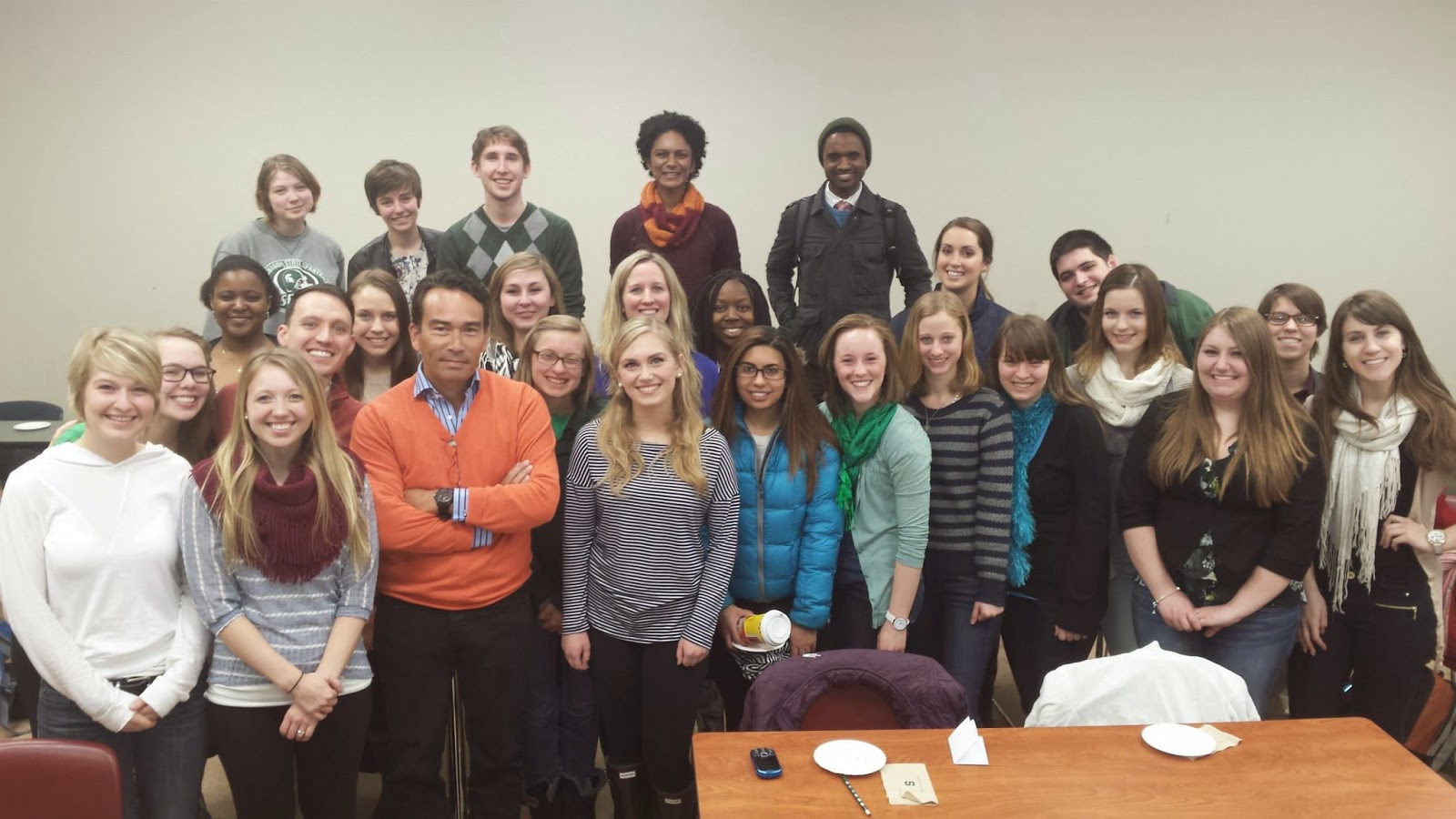