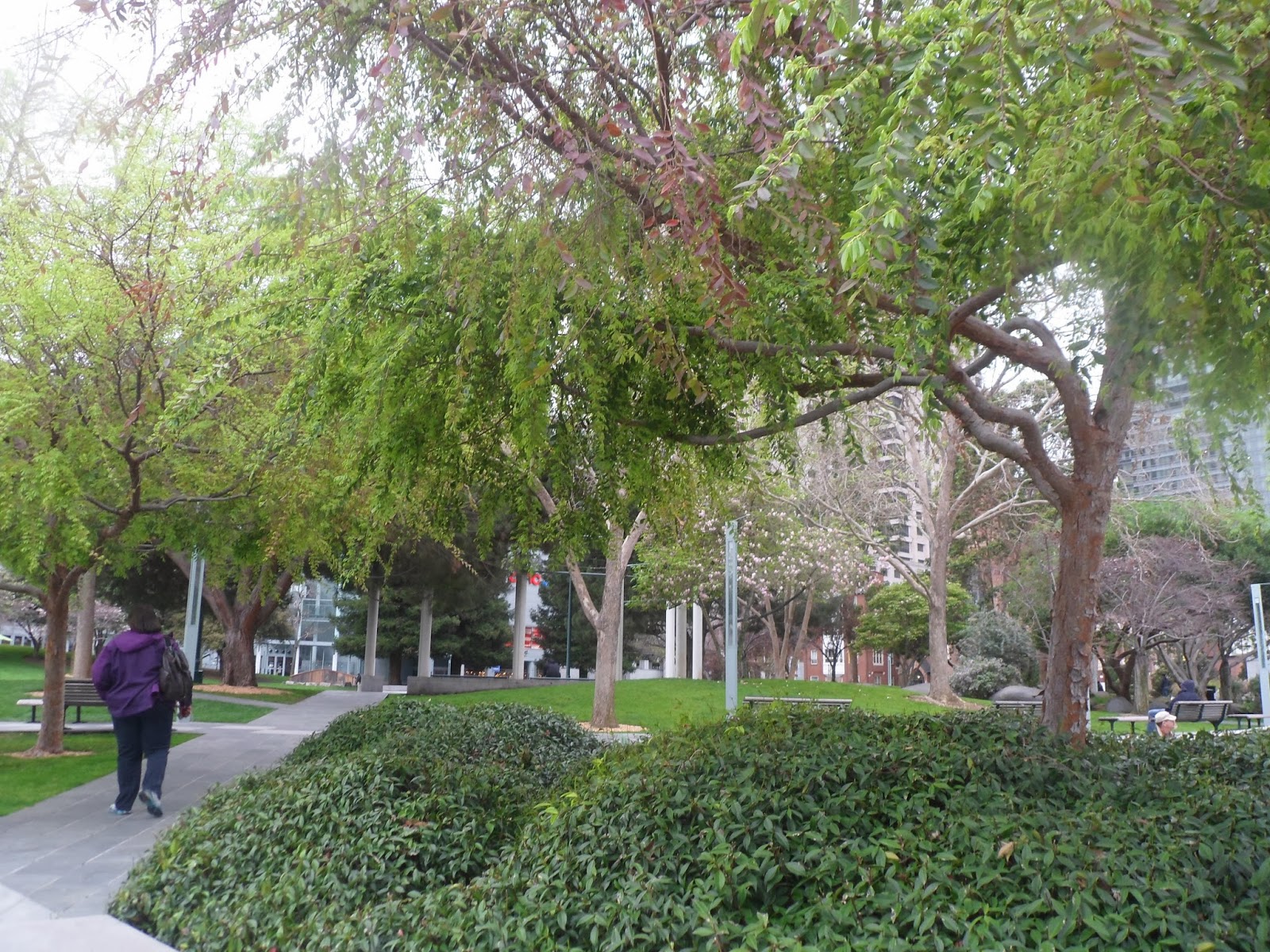 With nothing left on our self-made itinerary for today, we went back to the hotel for a little bit before trekking through Union Square toward Yerba Buena Gardens. We were only vaguely aware of it as a San Francisco place of interest, but we figured why not?  Come to find out it's a nicely groomed, built-up area with lots of interesting architecture. The latter is due largely to its surrounding buildings: San Francisco Museum of Modern Art (SFMOMA), Museum of the African Diaspora (MoAD), Yerba Buena Center for the Arts, Children's Creativity Museum, and others. The gardens themselves also contain the MLK Memorial Waterfall and a few delightfully odd sculptures such as "Shaking Man" and "URGE." There's also an overpass that gives a spectacular view of the hills that lie beyond Howard Street. 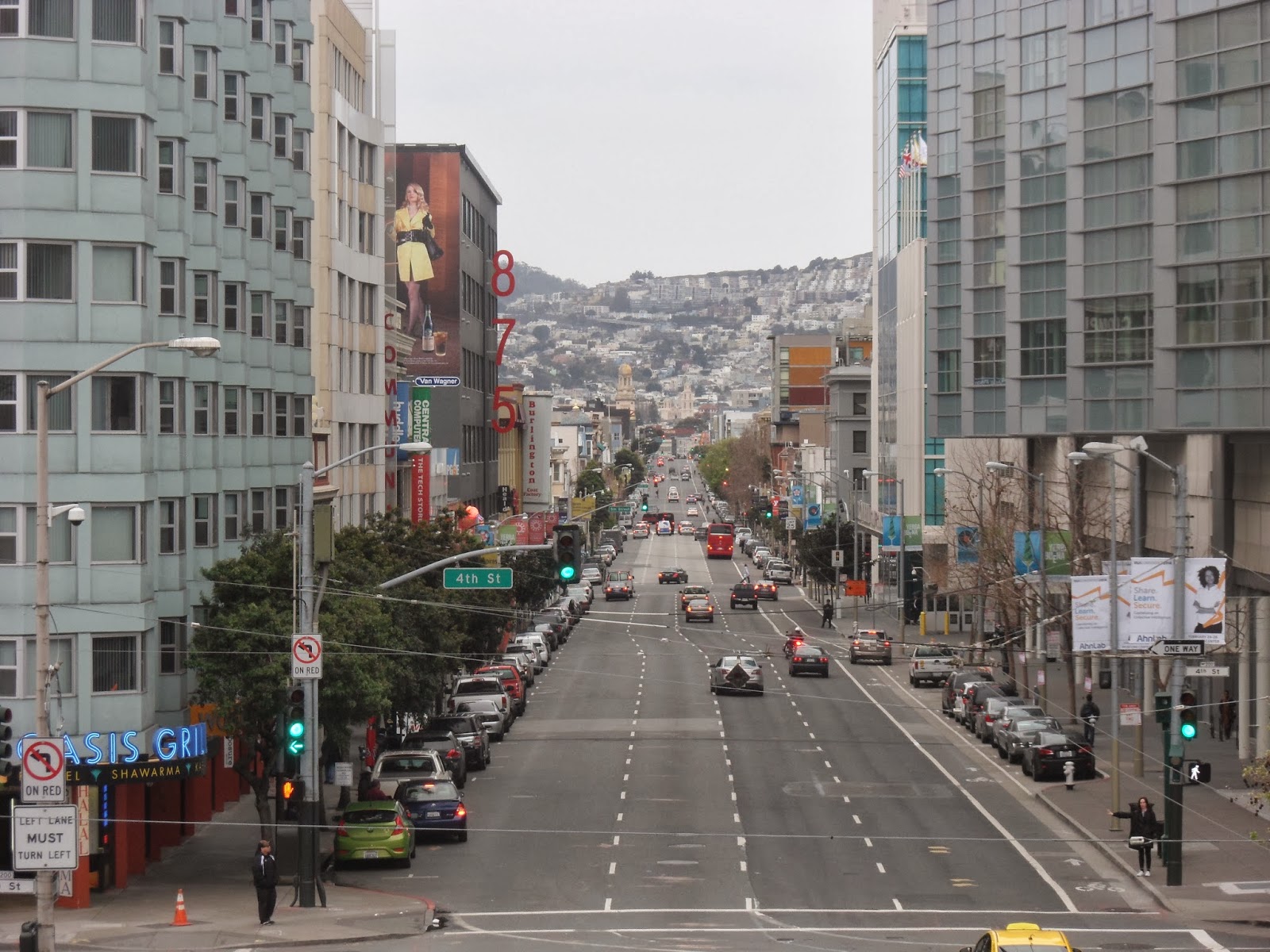 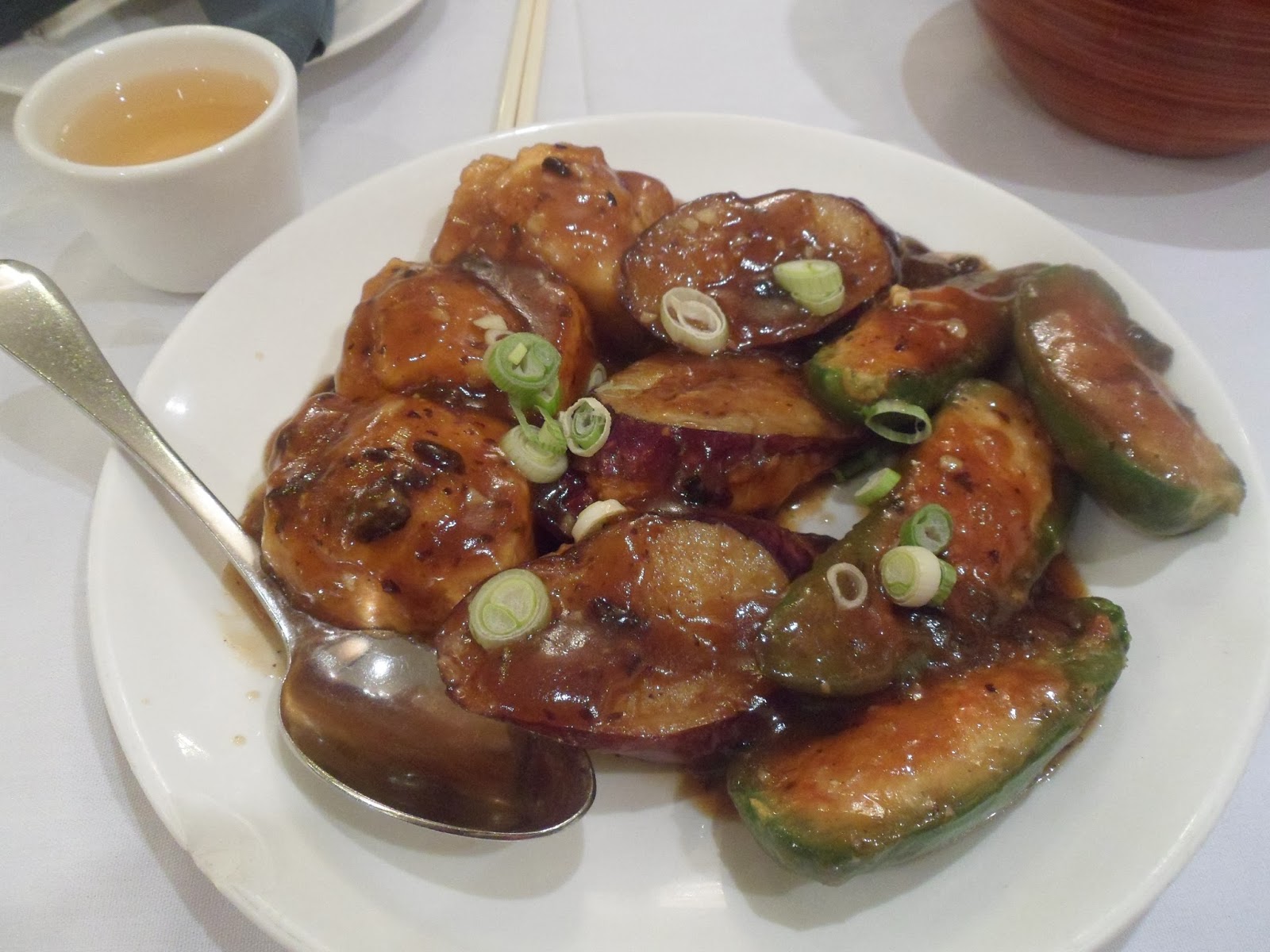 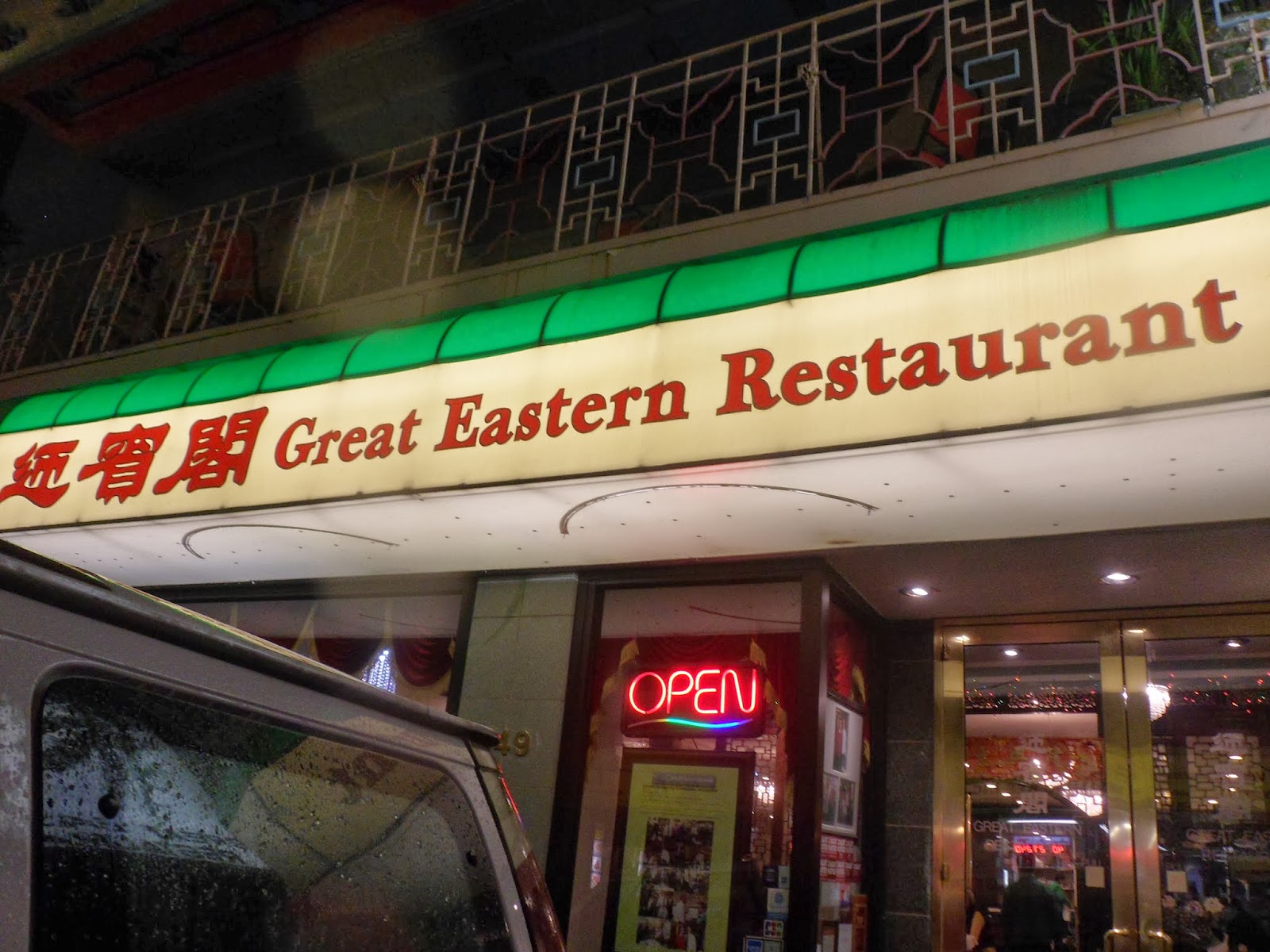 After wandering around for a while, we still had plenty of time left in the day and no plan. I was itching to go back to Chinatown because even if it wasn't going to be our favorite place, I wanted to be able to say we'd eaten there at last once. Come on, it's the largest Chinatown in the nation! So I looked up restaurants there and came across a sit-down place called Great Eastern Restaurant. President Obama has been there once, so I figured the food had to be at least halfway decent. Turns out it was more than halfway decent. I got one of the specials, which was stuffed tofu, eggplant and pepper with black bean sauce. The restaurant has the air of a formal dining hall, with miniature chandeliers and waiters in white shirts, black bowties, and green jackets. But it's certainly not a place that you have to get dressed up for if you don't want to. Just walk in as you are and enjoy. 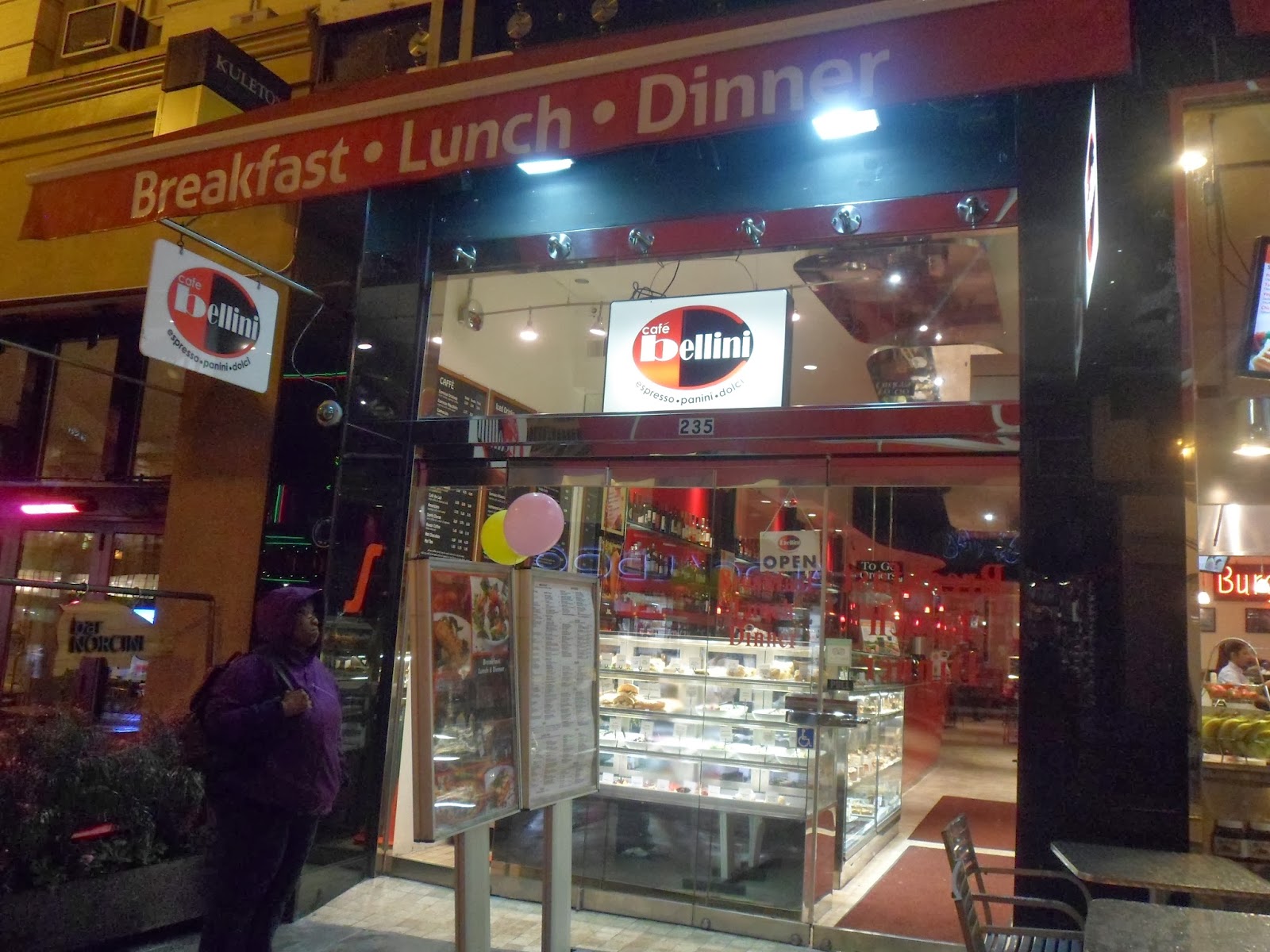 We took our time eating and then returned to the hotel. We were about to call it a night when I got a sweet craving, so we went out one last time and ended up at a really cool café called Café Bellini. It's got this red and black, American and European thing going on that is fun and sophisticated at the same time. I also really liked this place because there were so many different people there. A French family of three sat two tables to our left. I was tempted to try and speak with them, but I figured that'd be weird. To our right was a curious Australian woman to whom we explained the origins of red velvet cake. Bellini has a long menu with a variety of options, so there's bound to be something for everybody. I just had a "Berry Berry Tarte" and a Coke. After getting our sugar fill, we returned to the hotel for the night. I'm glad that we were able to explore more of the city than we'd anticipated today. 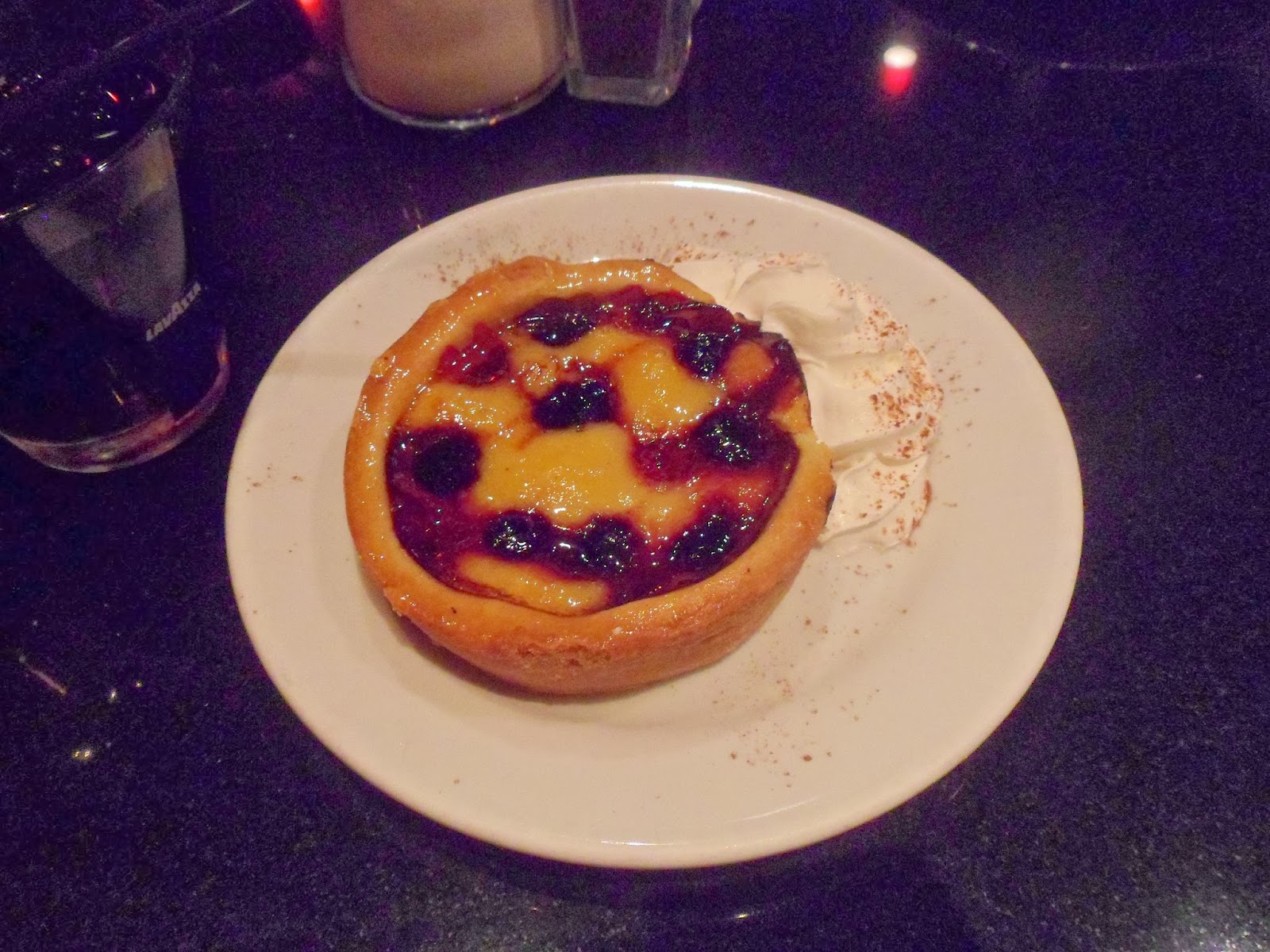