Whew! Today I had a  25-minute placement interview completely in French, and I'm so glad that it's DONE! I know I need to get used to doing things like this since, hello, I'm going to France. But Lord have mercy, I was so nervous that "nervous" isn't even the word for it. I'd been freaking out unnecessarily about it for the past few days (as I tend to do; it's part of how I prepare for important things). But a couple things happened yesterday that allowed me to wake up this morning and not be so anxious about it. Hence, "The Pump-Up":

In one of my French classes, there's this dude named Les. Les is a really silly person who likes to either 1) talk people up, 2) confuse them and see what happens, or 3) do both at the same time. So often he'll come up to me and instead of having a normal conversation he'll keep asking me questions or complimenting me on this or that. And I respond to it as always, like OHkay, Les.

Yesterday our class was required to go to this French-language symposium on historical memory, and he came up to greet me while I was there. He asked me if I would be performing in some upcoming event this weekend. I told him that I wasn't. Then he started randomly going on about how much he respects and looks up to me, "You're like a natural leader. I see so much leadership potential in you. And your work ethic is just, like, crazy." OHkay, Les.

Later yesterday evening I ran into Les again in a different setting. We were chatting in French and I told him about how I was nervous about this interview, and he said you'll be fine, you're like the best speaker in our class, blahdeblah. OHkay, Les. As I was about to leave, he called his friend from Mali  over to where we were standing and told him that I speak French too. I introduced myself to this friend, and as he listened to me speak he asked me where (what country) I come from. In my head I was like, well duh, I'm from America. Isn't it obvious?  "I'm from here. I'm American."

"Okay, but where did you learn French?"

What do you mean? Didn't I just tell you that I'm American?  "Here. I've never been to France." 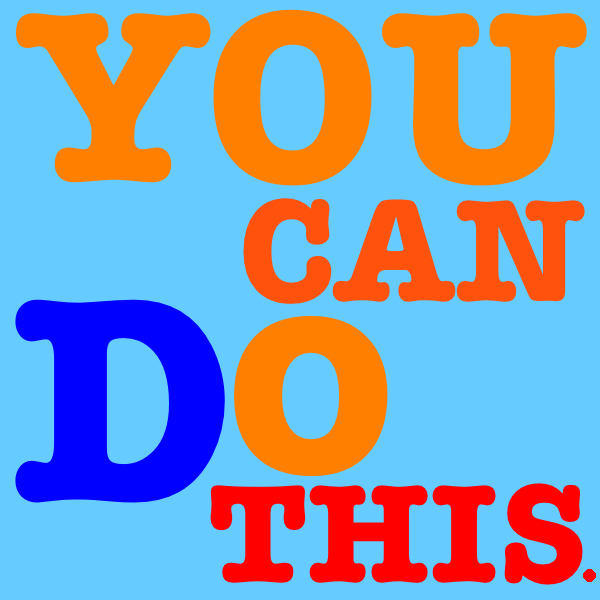 And that just got me so excited! This is not the first time a native or fluent speaker has complimented me in this way. But because I tend to brush off compliments that I receive, I also forget them easily and so when I hear one again, it feels like the first time. Anyway, my point is that when he said that, it was really encouraging to me because at that moment I felt like I was automatically set to fail at this interview.

But I didn't fail! This morning I woke up and wasn't nearly as anxious as I had been, thanks to yesterday and some self-coaching, Okay Danielle. This is going to happen, so go with it. He's just another human being. Just ask God for the right words and say what you need to say. Remember, this is what you wanted. Needless to say, everything was fine. I don't mean "needless to say" as in I'm just awesome like that. I mean it to say that things always work out in the end. Nothing ever ends up being the death of me or the end of the world. Did I make mistakes when I was talking? Sure, probably did. But what matters most is that I got through it and made myself understood, so I'll take that.

Now it's on to waiting game round 2 to see where/what I'll be assigned as an intern...
Posted by Deela (Danielle G.) at 5:08 PM