On Sunday I went back to Centre d'Animation Daviel to watch T sing. She sang a solo in Spanish, and then sang a number of songs in French and English as part of a chorus. I didn't think she'd feel comfortable with me posting the video of her solo here, so below I've posted a video of the chorus instead. They're singing "La Romance de Paris". If you're really curious to hear T's solo as well, follow the link to my YouTube channel on the "LINKS" list (see the left side of this page). 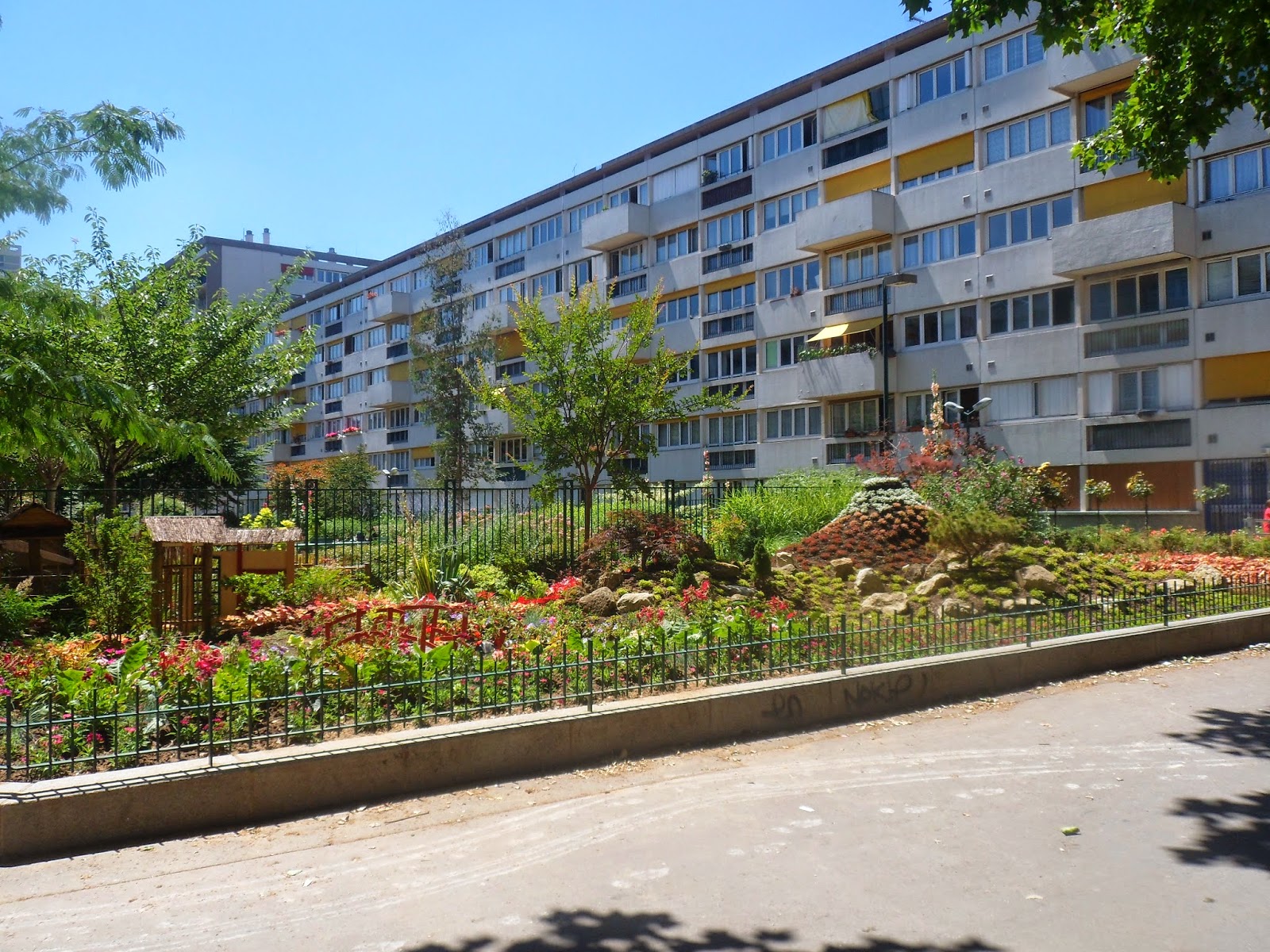 Also, I forgot to mention this yesterday, but on the way to Saturday's recital I passed by a really cool-looking park! Or at least the entrance was cool-looking; I didn't actually go in. It's called Jardin du Mail de Bièvre and its entrance features a Japanese-inspired garden with a miniature pond, footbridge, and toori. It also has a bunch of tropical flowers that aren't exactly Japanese, but hey. The  theme might not be consistent, but it catches the eye. 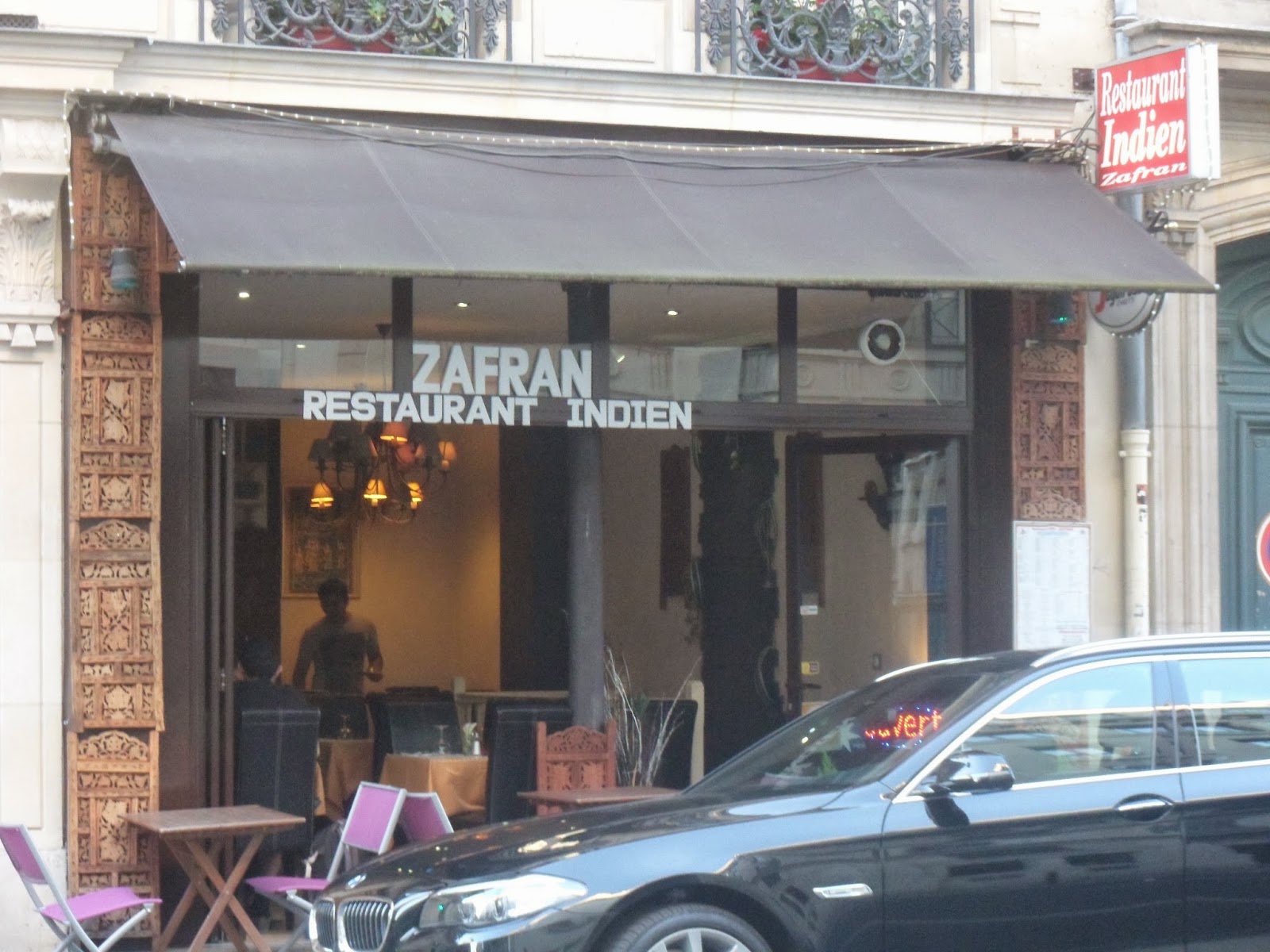 I returned "home" after the recital and just wasted time on the Internet for a couple hours because I couldn't think of anything to do (read: didn't feel like doing anything). Then I got hungry and since I didn't have any food I went down the street to an Indian restaurant called Zafran. I was kinda nervous because I wasn't sure what to order and I didn't want to be disappointed. But I was pleasantly surprised by how much I enjoyed the place! And not just the food; the decor makes the place feel very homey. With beige textured walls and black leather seats, I felt like I was eating at a neighbor's house or something. 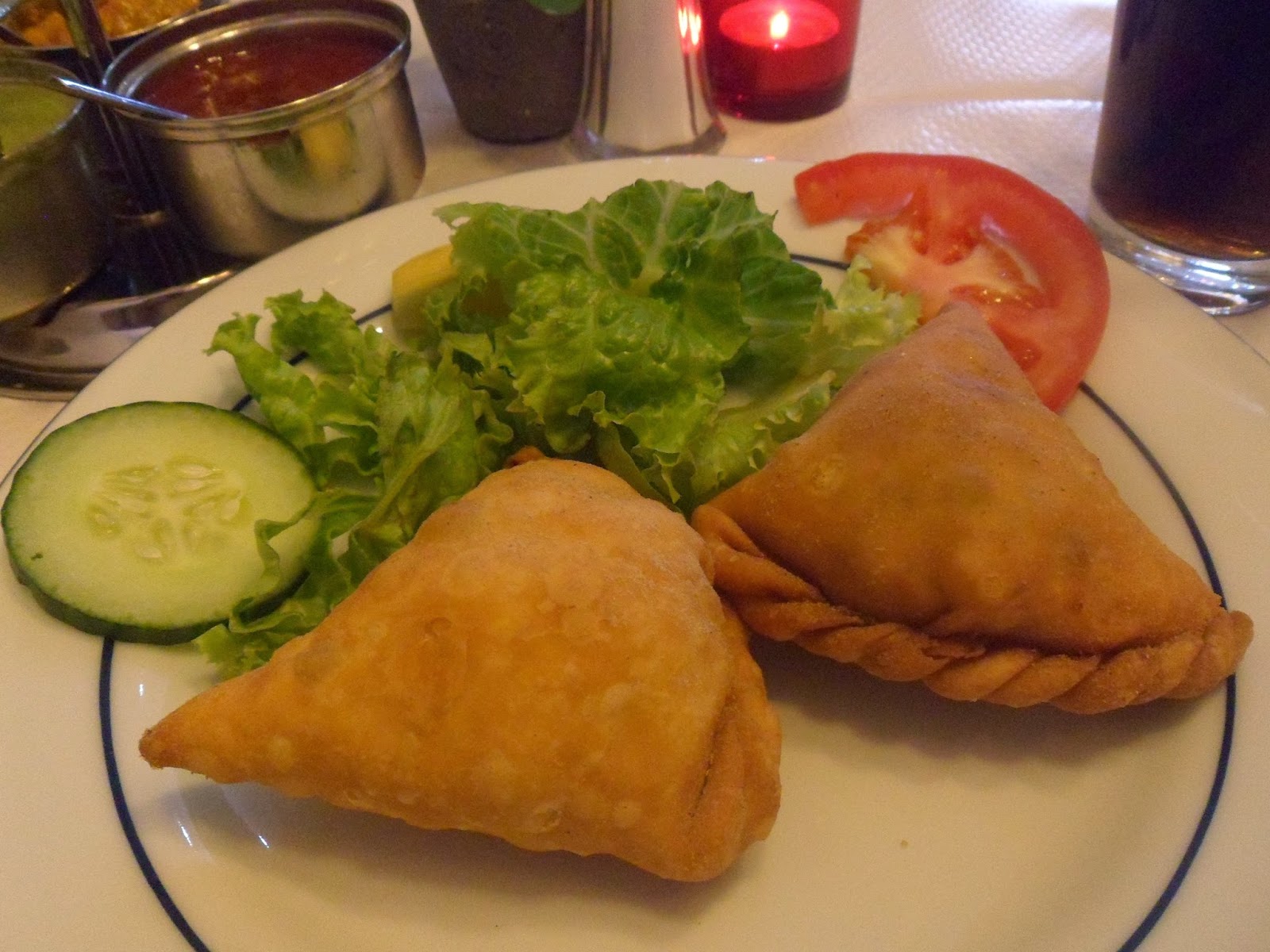 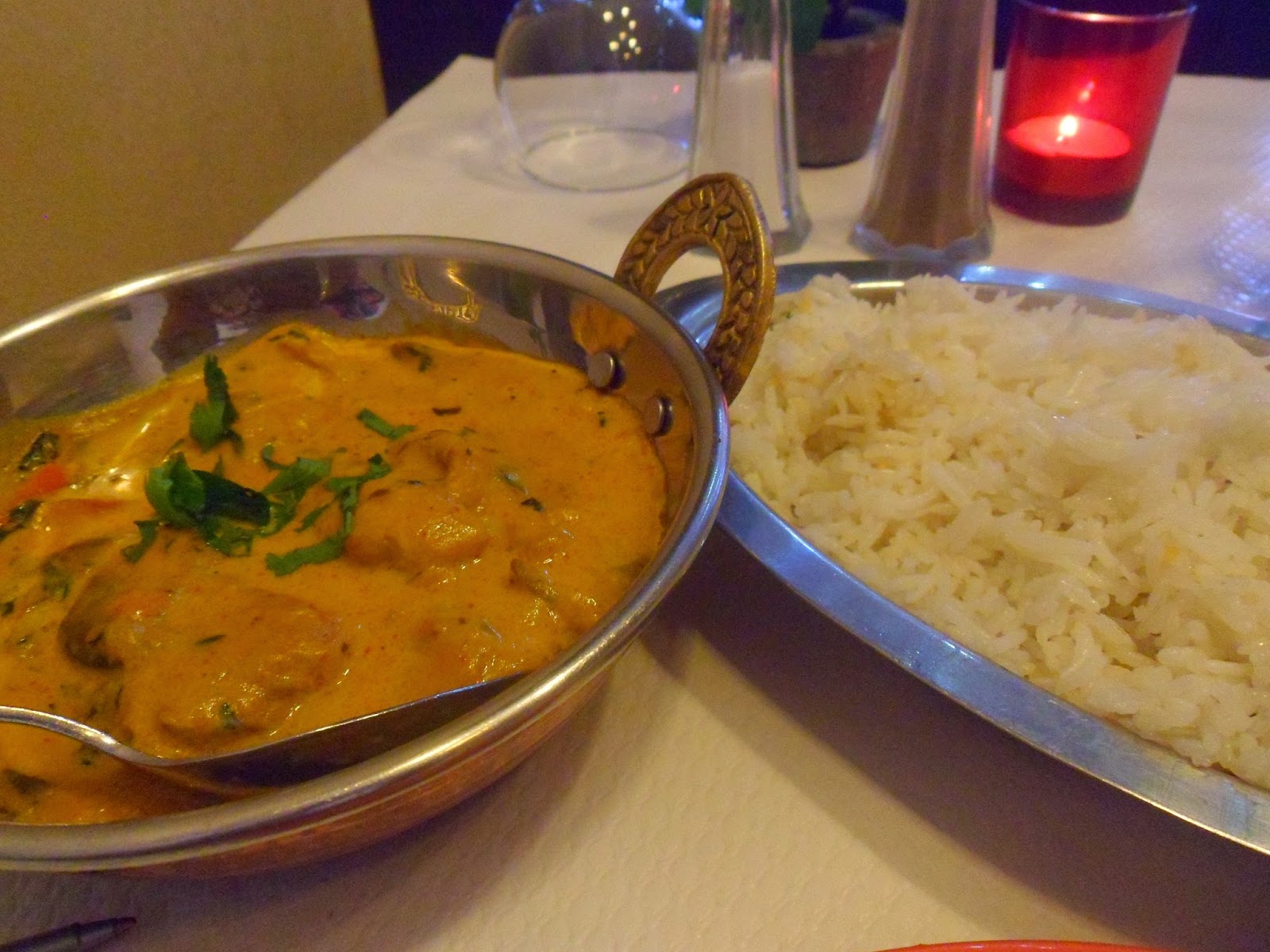 I ordered vegetable samosas, nan fromage, poulet punjabi, and halwa. Halwa! How come nobody told me about halwa before? It's cake made with semolina, but it's not just any cake. It's warm, moist, almost gelatinous, and oh-so-sweet, with coconut sprinkled on top. It was fantastic! And I don't even like coconut! The poulet punjabi was really good too, but funny story about that dish. Before it came out, one of the waiters asked me if I wanted it to be spicy. At first I said no, but then I thought, Come on now, you're at an Indian restaurant. So then I asked for it to be a little spicy but not too much. He nodded like he'd understood, and went downstairs to tell the folks in the kitchen. But let me tell you, that thing came out and the spice level was at a -4! Haha. I must've given the impression that I couldn't handle spice at all. Next time I'll just say yes to spicy and take my chances. 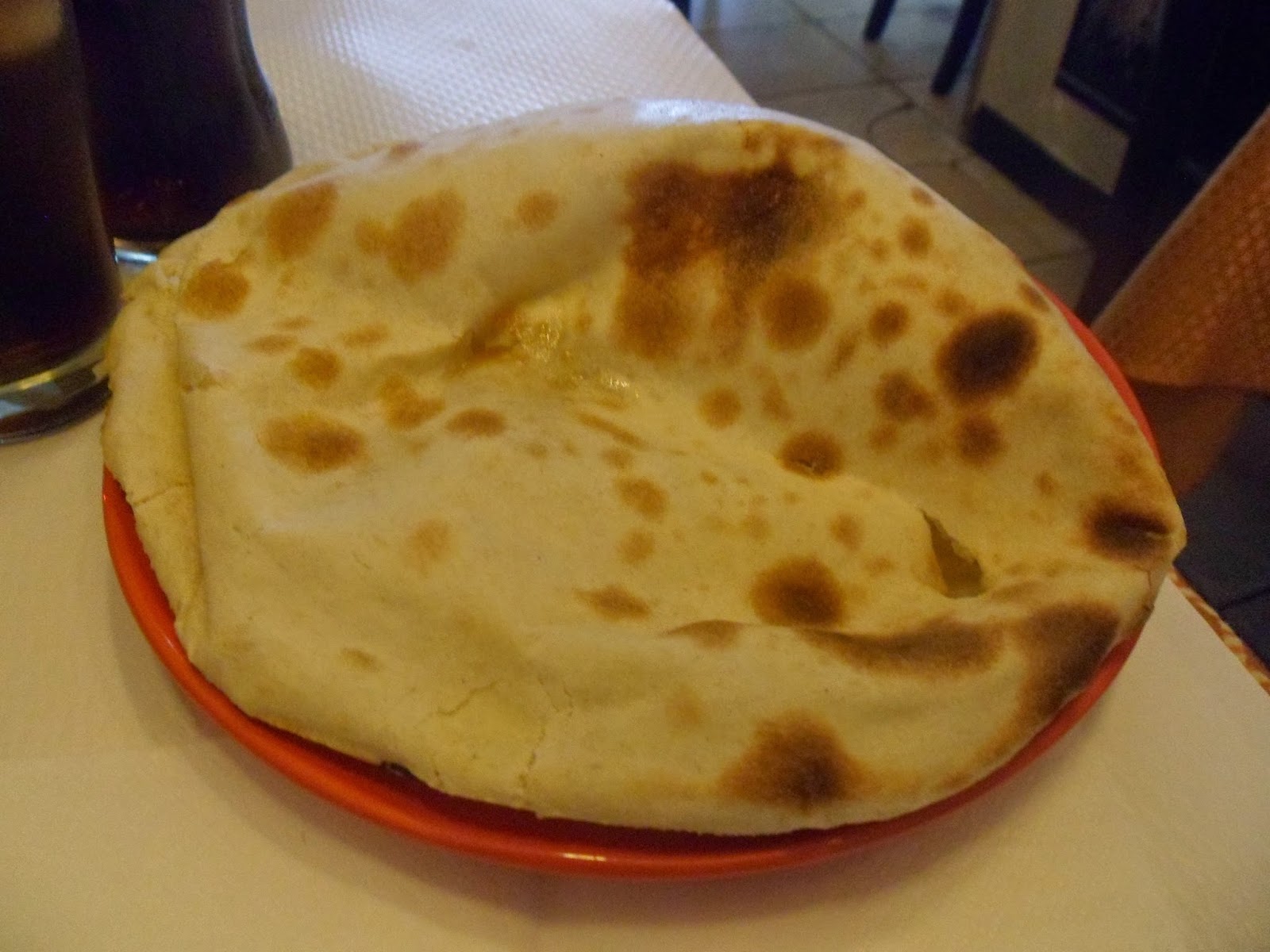 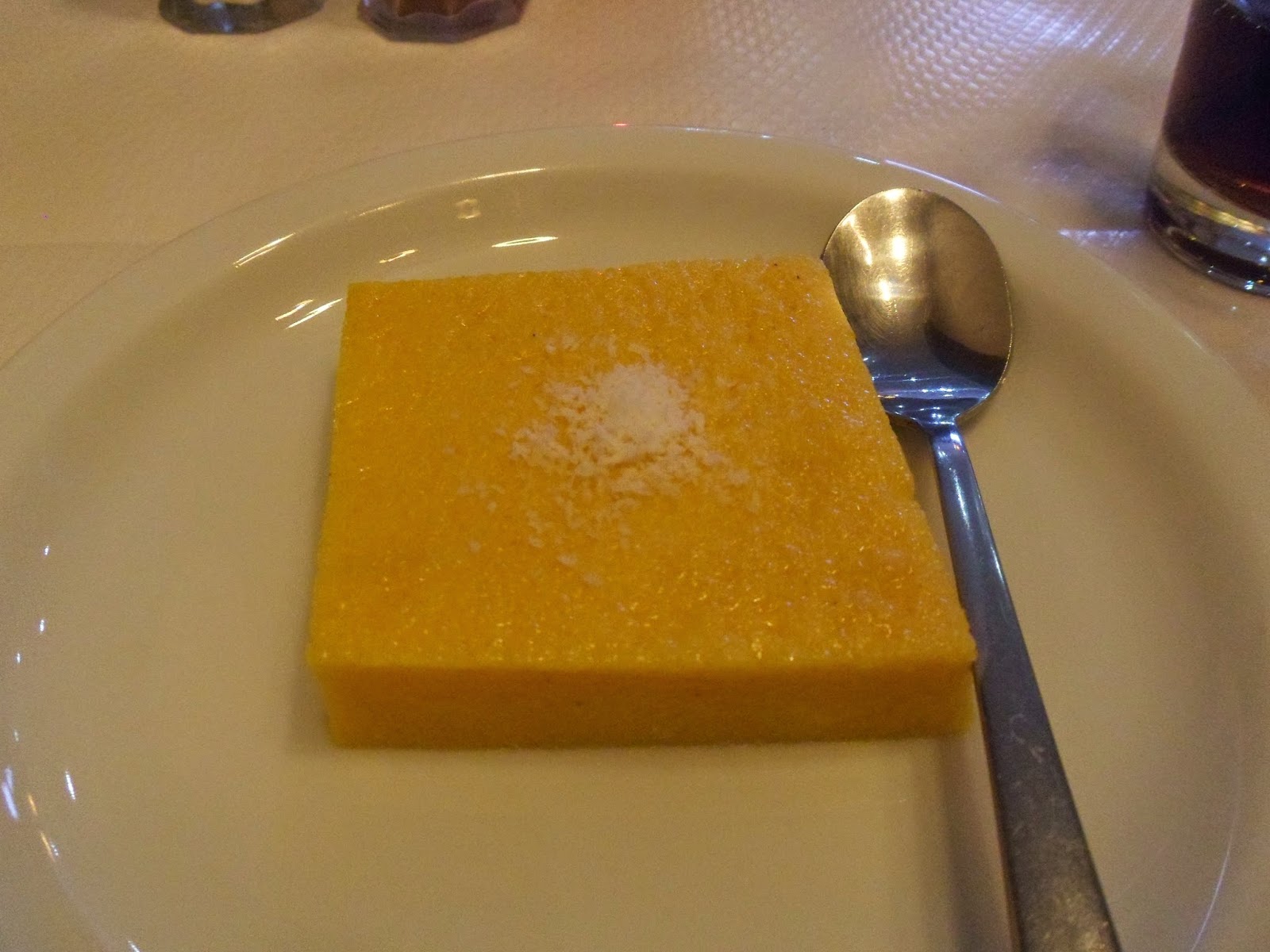 I must admit, though... it was definitely way too much food. And no, it wasn't an eyes-bigger-than-your-stomach thing. I'd gotten used to the smaller portions that are served at most restaurants here, and I underestimated how much food I would be getting. But! I pushed through and ate it all anyway, and it was one of the best meals I've had in my life! I mean yeah, everything tastes 100x better when you're starving, but for real. I pass by this restaurant weekly and I can't believe I've been missing out on its goodness all this time!