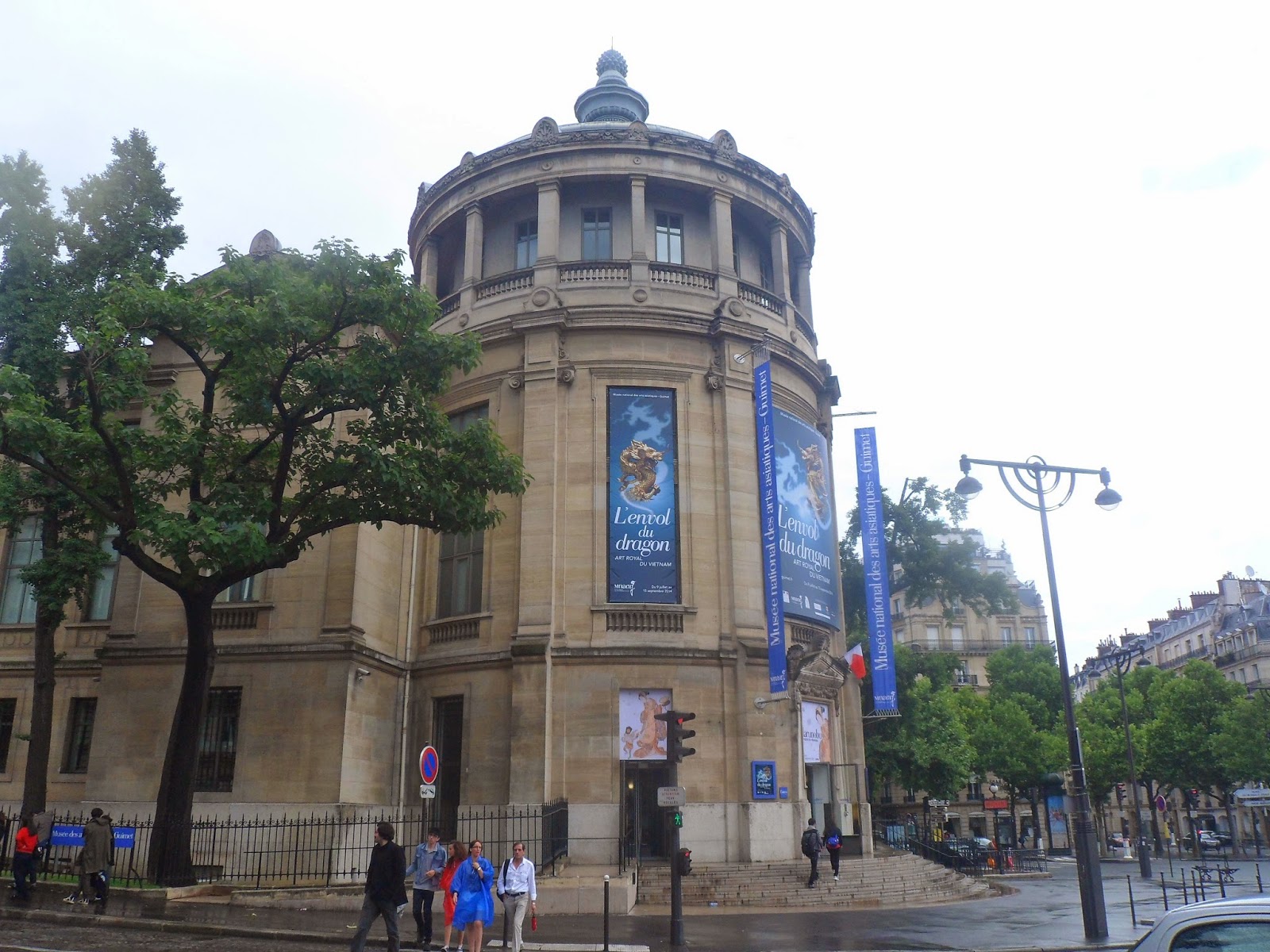 I couldn't let myself stay inside all day again, so I went to Musée Guimet, also known as Le musée national des arts asiatiques - Guimet. T recommended it to me, and it's one of the few places I haven't been already. 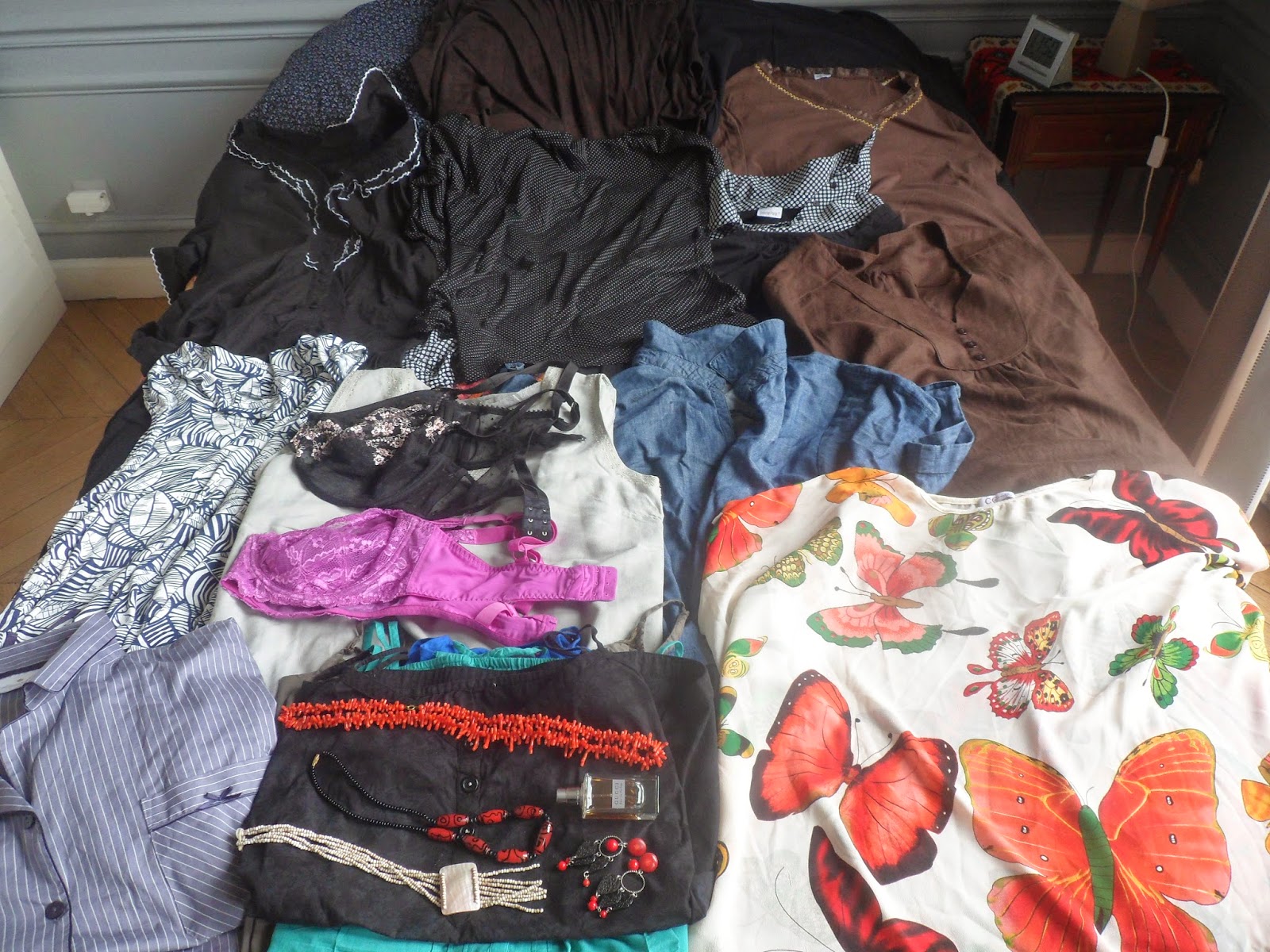 Before I could get out the door though, R-M and M were cleaning house and started having me try on clothes out of the blue. M especially was steady pulling things out of her closet that she didn't wear anymore (or had never worn) and having me put them on. Meanwhile R-M was giving me one old accessory of hers after another. It was like one of those makeover/shopping spree scenes that you see in movies. I was too grateful and confused to do anything but laugh.  How did I end up staying with such generous people? And how am I going to fit all of this in my suitcase? 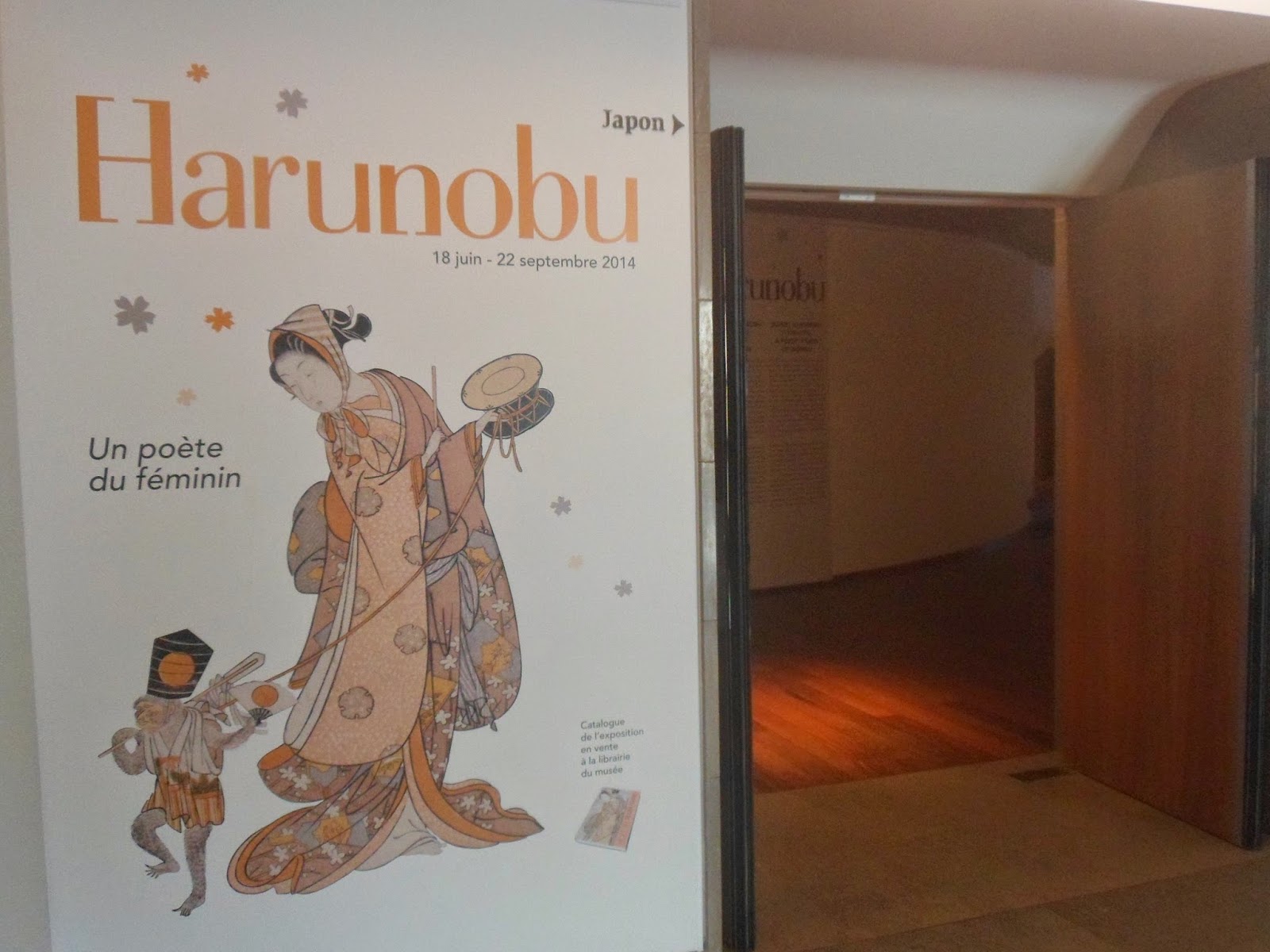 Once I put all the clothes in my closet I headed to Musée Guimet, which was only a bus ride and a short walk away. I have to say, this museum is magnificent! It's not very big, but whoever curated this place was very thorough! I started my visit at the "Harunobu, un poète du féminin" exhibit on the third floor and explored my way down from there.  This exhibit showcases ukiyo-e and nishiki-e artist Suzuki Harunobu's woodblock prints of women going about their daily lives, many of which are accompanied by poems. 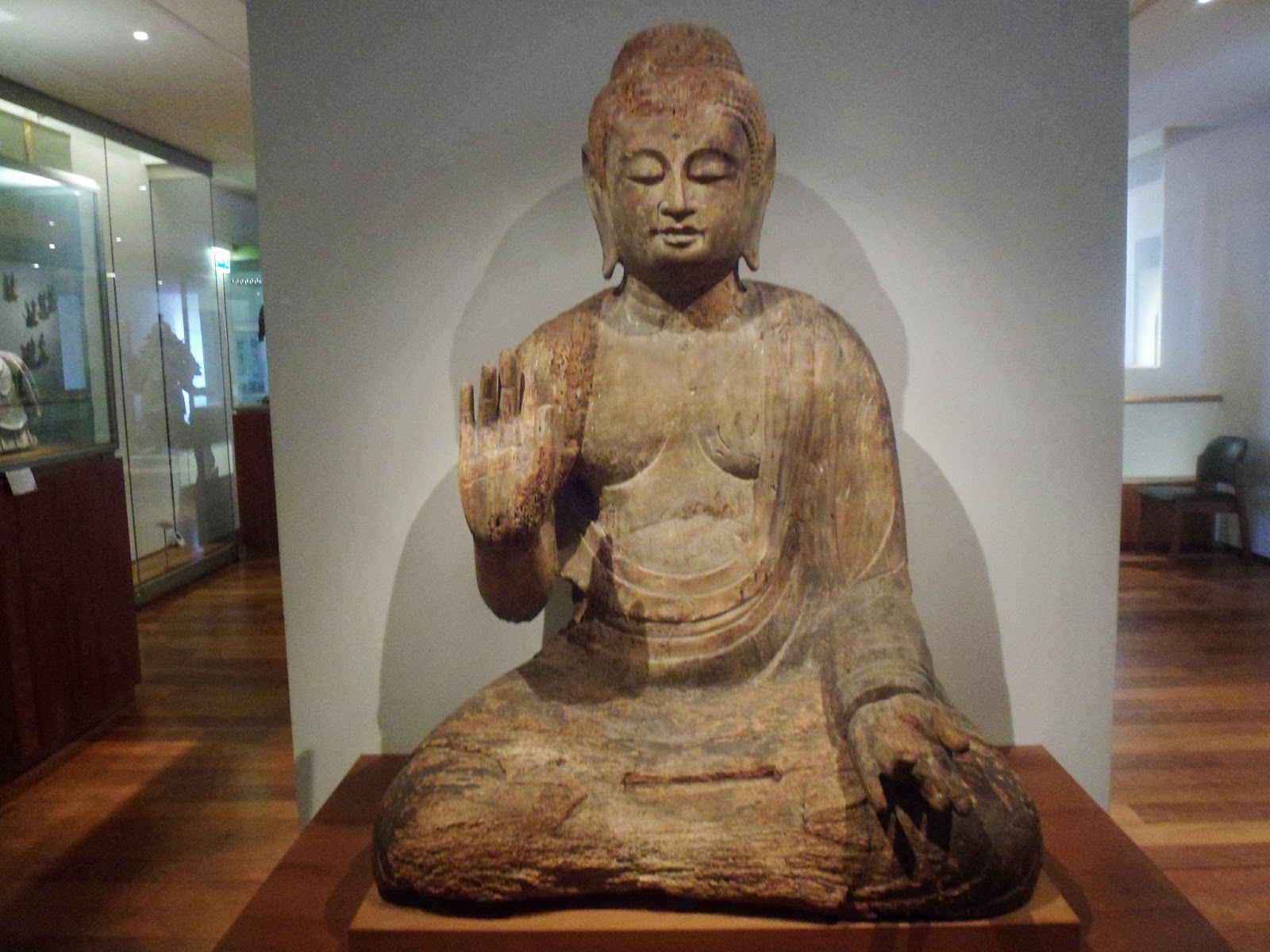 The thought that kept coming to me as I walked around the rest of the museum was, Buddhabuddhabuddhabuddha rockin' everywhere! (Does anyone remember that song?) Never have I ever seen so many statues, figurines, engravings, weavings, and paintings of Buddha in one place. Never. My first stops after Suzuki Harunobu exhibit were the Japan and Korea sections of the museum, so when I saw Buddha sculptures in both I wasn't surprised. But then I went through the China section, the Tibet/Nepal/India section, the Afghanistan section, the Cambodia/Thailand/Vietnam section... and there were Budda-related pieces in each and every one of them! Buddha was literally everwhere, and I was delighted! They have a lot of works with other themes as well, but if you're interested in Buddhism, Buddha, or anything having to do with the two, then Musée Guimet is a must! 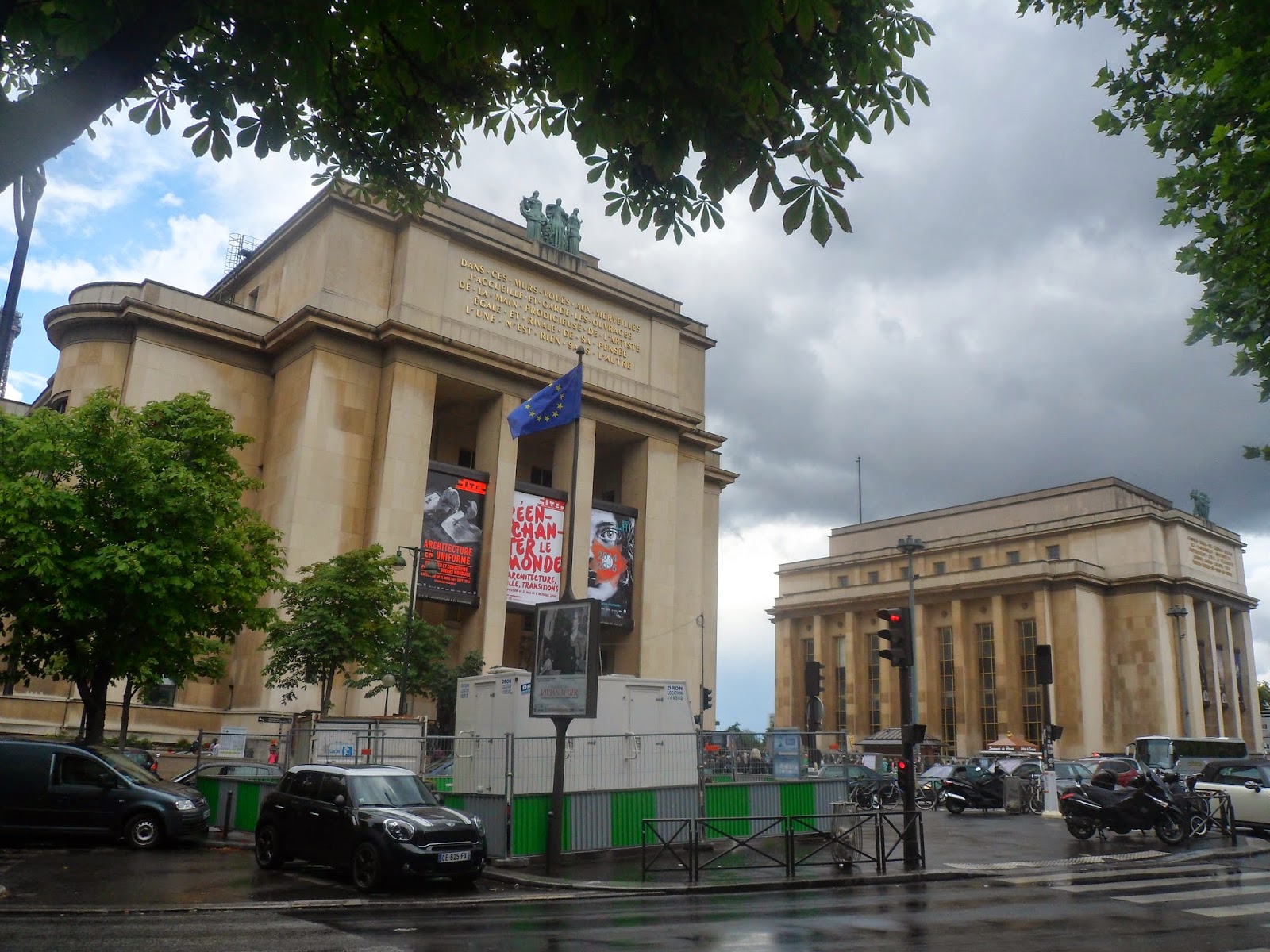 I spent about three hours there and then walked down the street to Palais de Chaillot. Don't ask me when and why it was built, what's in it, or why it's important, because I don't know. All I knew was that you can get a spectacular view of the Eiffel Tower and the skyline from there, so I went for the sole purpose of getting a look and snapping pics. 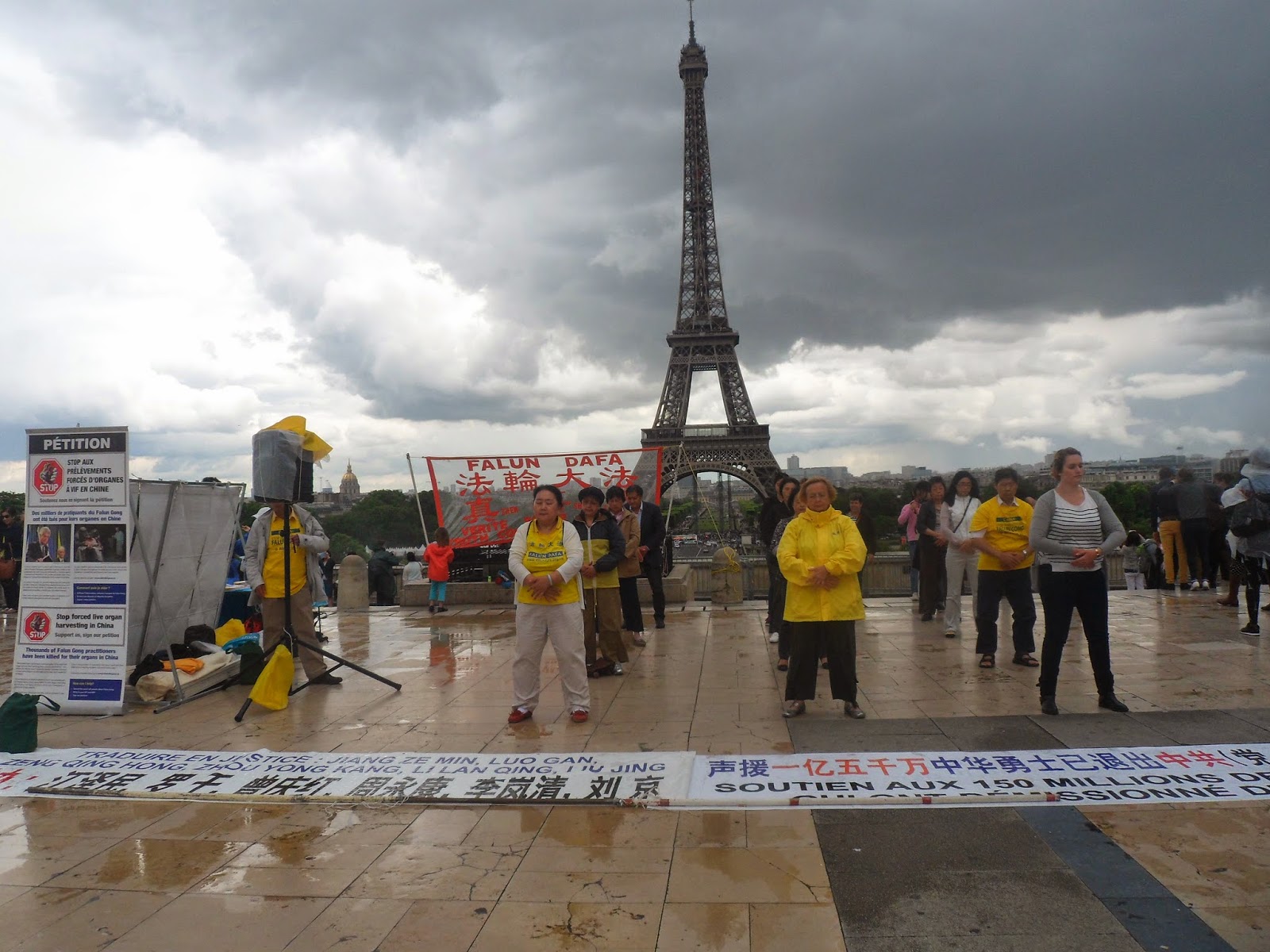 As expected the place was full of tourists, but most of them knew well enough to get the shots they wanted and not be too much in other people's way. What I found most interesting there (other than the Eiffel Tower, of course) was that Falun Dafa was there demonstrating against live forced organ harvesting in China. The protest was peaceful, with music playing, a man  saying something in Mandarin through a bullhorn, and a group of people standing in neat neat rows still as stone, with the exception of a few slow choreographed movements. 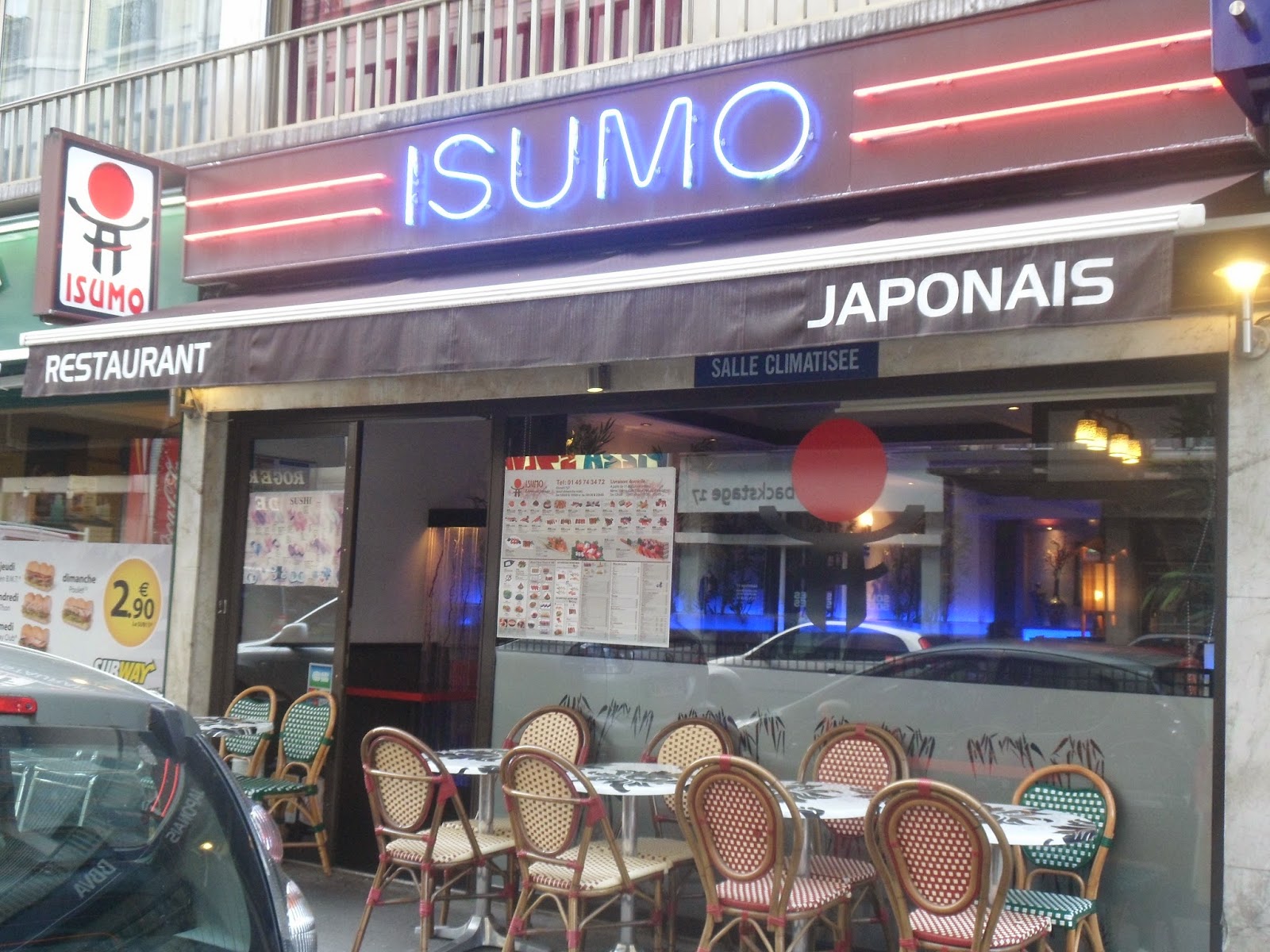 I went "home" after seeing all there was to see. I thought I was done for today, but then H asked me to meet for dinner. Our options were limited since it was Sunday, so we decided on a Japanese restaurant called Isumo. It wasn't all that special as far as Japanese restaurants go, but the decor was really interesting! Red and black furniture with black-and-white walls and blue lighting. Sounds like it'd be a mess, but it actually comes together really well. And what's most important, H and I had a nice time eating and catching up  after not having seen each other in about two weeks.

Now that I think about it, I ended up seeing and eating a lot of Asian things this weekend. That totally wasn't planned but I loved it all!