With my Paris homegirl, H! We were supposed to do this last week, but we kept putting it off. Thursday I was busy, Friday I went to London, and then it rained Monday through Wednesday. It rained today too but it tapered off this evening just before we both off work, so even though it was still grey and cloudy and gross outside, we said Let's go for it! 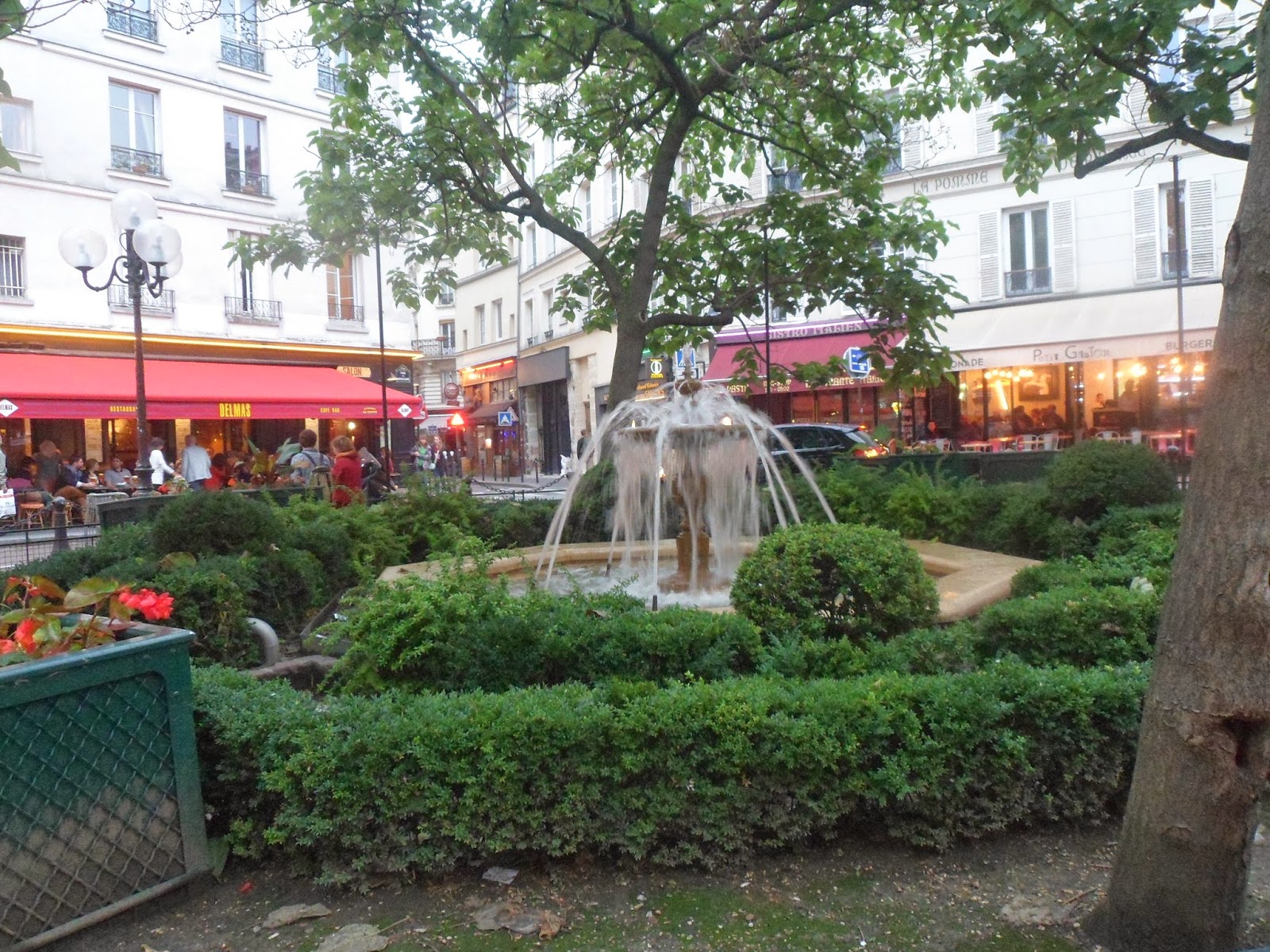 We met up at a little square in the 5th arrondissement where Rue Mouffetard and Rue Lacépède meet. H hadn't eaten yet so I went with her to a nearby restaurant called La Contrescarpe. We chatted like we always do but I did most of the talking while H ate since I'd already eaten dinner and wasn't in the mood to order anything. H had croque monsieur, which seems to be one of her favorites. Also, props to this place for having the quickest service I've experienced at a brasserie before. 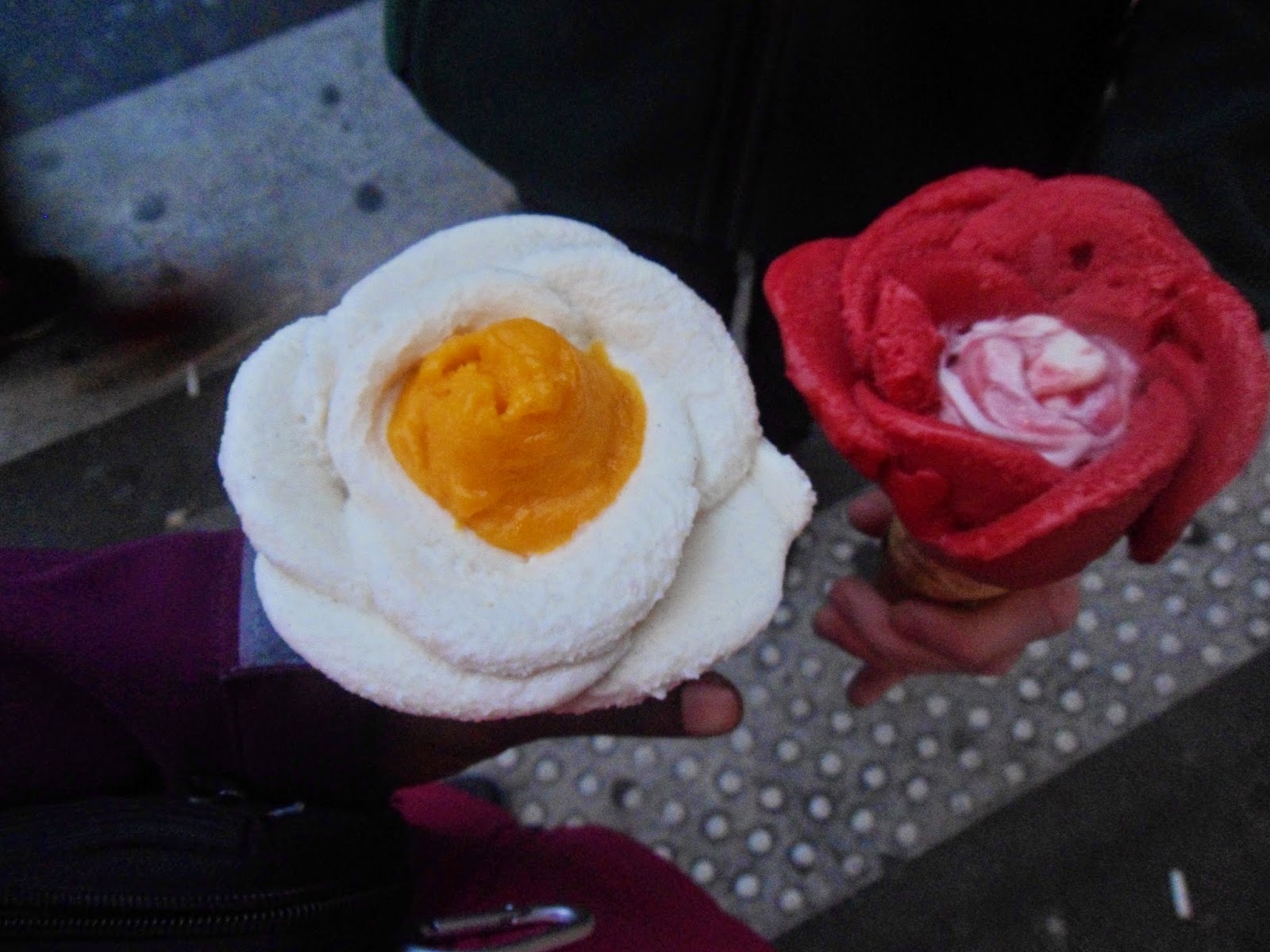 From there we walked directly across the street to Amorino Gelato. There are dozens of these around the city, but H had been to this particular one before and that's why we went there. Both of us ordered a medium-sized cornet, which is a cone with the gelato shaped like a rose. You can get these in two flavors, so H got raspberry and cherry-something, while I got vanilla and mango. As you can see, hers came out much prettier than mine even though they were made by the same person (she even joked, "Yours looks like an egg!"). But hey, it tasted delicious and that's what matters most.

After getting our gelato we walked around the neighborhood a little bit eating and talking. Rue Mouffetard and its surrounding streets are really cool because they're cobblestone, and you can walk directly in the street since not many cars pass through. In that way it was similar to walking in the Jewish quarter in le Marais.

Our little meetup only lasted for an hour and a half before we took the metro to our respective "homes", but it was just what I needed. I got out of the house, I visited a new neighborhood, and I tried gelato for the first time, all while hanging out with H. Before I left I had a splitting headache but now that I'm back I feel so at ease. I guess good company can do that. 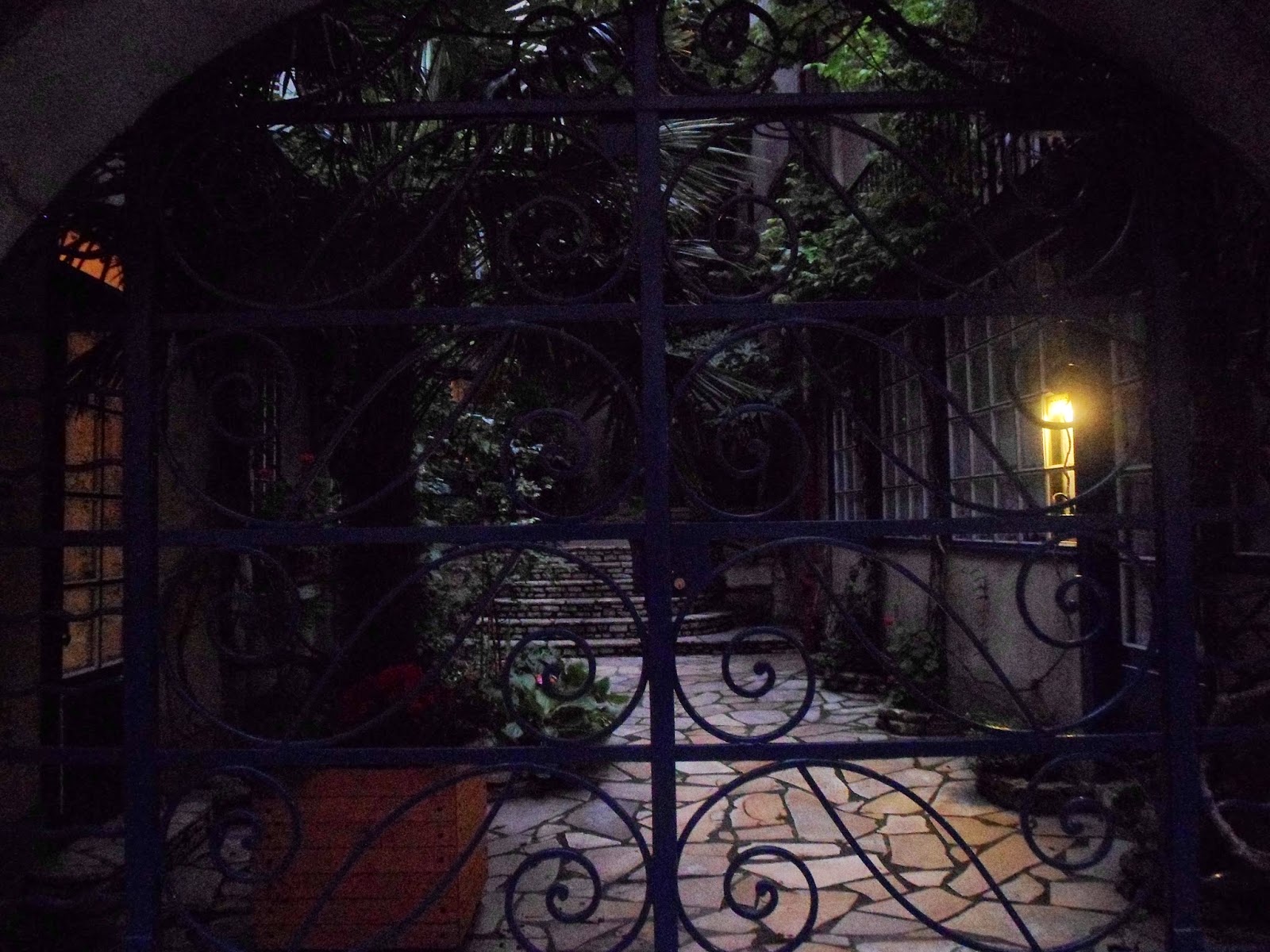