Back to the Trails!

Today I went back to the shelter for the first time in two months. The snows have melted, temperatures are more mild, and the ground has had enough time to harden, all of which makes for some pretty pristine early spring dog-walking conditions. I'd been looking forward to it all week! 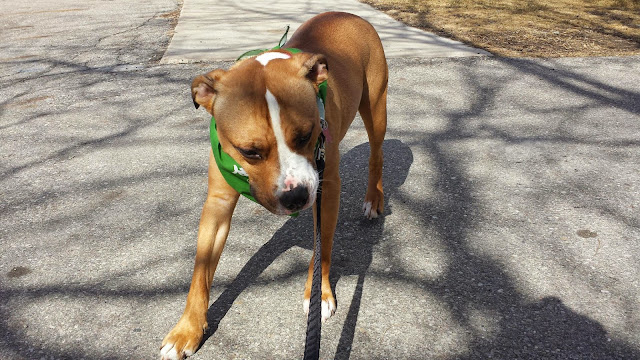 Today's highlights included a youngster with stiff front legs named Buster. He was more than happy to be taken outside, but once we got out there he decided he wasn't up to going for a walk. It took some serious coaxing just to get him to go around the parking lot, and as soon as we came around he was ready to go back inside. Just wasn't feelin' it, I guess. I don't recall ever interacting with a dog there who didn't want to go for a walk, especially any such as young as Buster. But hey, maybe it just wasn't his day. 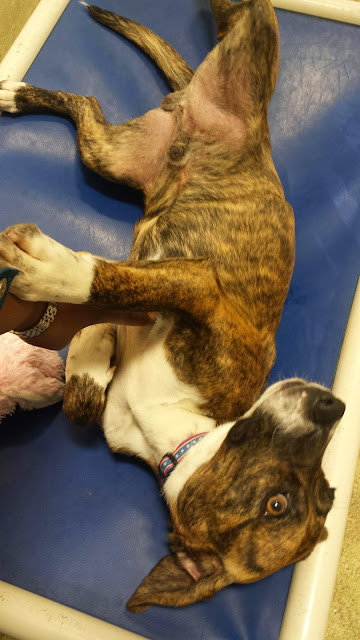 Second was a fun-sized brindle hound named Pooh who, I found, absolutely LOVES belly rubs. When I pulled at his collar so I could attach the leash, he thought I was trying to pet him so he just fell out on his back. Just like this, waiting for me to oblige. So I did. He'd been very much eager to be let out when I first stepped into his kennel, but once he thought it was belly-rubbing time, he was suddenly in no rush. For his own personal medical reasons I wasn't allowed to walk him for very long, but for as long as we were able to go he seemed to enjoy every second. 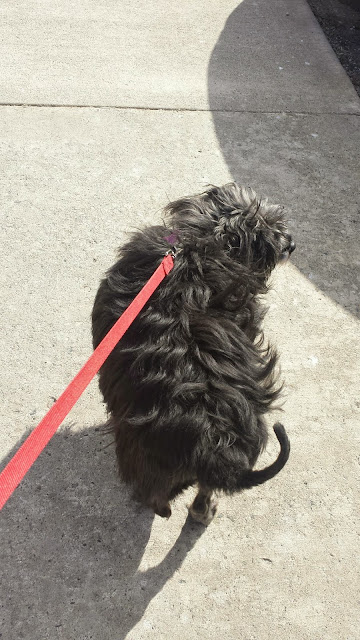 And last but not least of the highlights was a previously over-fed, under-groomed, but no-less-loveable senior girl named Dumpling. Her appearance is very reminiscent of a mop, or a furry roly poly with legs. Though a little scraggly on the outside, Dumpling is very energetic and good-natured. Much like Pooh and unlike Buster, Dumpling was ecstatic about going on her walk. I thought moving would be uncomforable for her due to all that excess hair and weight, but she turned out to be quite the spunky and able-bodied pup.

Pooh and Dumpling have already been adopted, but Buster is still available for those interested! Just click the link in his name for more information!
Posted by Deela (Danielle G.) at 7:00 PM