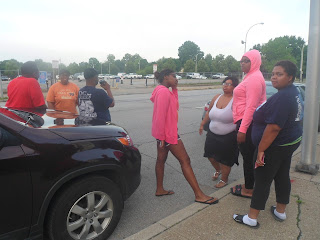 About a month and a half ago, my cousin Trish thought it'd be a good idea for all of the grown girl cousins in the family to go on a trip to Georgia together. I live in Michigan and four of us live in Kentucky, but one of our cousins Nay lives with her dad in the Atlanta area, and so we agreed to go down and stay with them for a week of sisterhood and cousin-ly bonding amongst the six of us. As such I've decided to title this series, simply, "Girl Cousins in Georgia".

This series is a little different from my usual travel writings, because things get quite personal this time around. In order to give y'all a decent picture of what happened, I've had to strike a delicate balance between touching on some family drama and not getting too candid. All I ask is that you try to read with understanding, and that you read the whole series before thinking less of me or my peeps. I'll be taking it day by day, and fortunately for y'all, the first and second days were pretty pleasant. With that said, let's get started with last Sunday, June 21st! 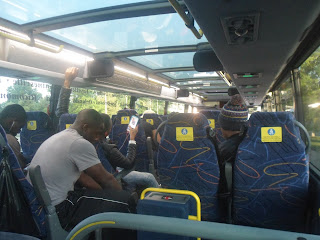 I'd been scheduled to help close the bookstore on Saturday night, so I got off work at 11pm and Ma was right there waiting for me. From there we hit the road and arrived in Louisville shortly after 5am. Us girls would be riding the Megabus from there to Atlanta (first time riding the Megabus, woo!) and so we all met up at the bus stop downtown. The bus arrived shortly after 7am, and after stopping in Nashville, changing drivers and going the wrong way, and stopping again in Chattanooga,  we arrived in Atlanta around 4:45pm EST. So for me, that added up to a cumulative almost 16 hours of travel from the Detroit Metro area, to Louisville, to Atlanta. By the end I was exhausted, dehydrated, but excited to have made it. 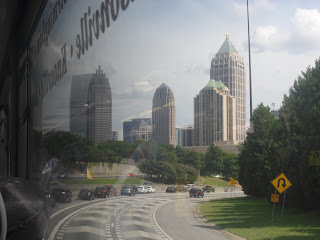 While we'd been waiting at the bus stop in Louisville my cousin Neesh walked up to me and declared, "I just want you to know that I'mma be actin' a fool when I get down there. First of all, I'mma be walkin' 'round half-naked; I'mma slap all the boys in the face when I walk by; and every time I see a girl I'm just gon' look at her and call her the b-word. I'mma be a fool, everywhere I go." Of course she was joking (for the most part), but I wasn't surprised by the sentiment. Knowing this group of girls, I wouldn't have expected anything less than the most earnest yet unbothered quest for good grub and the Turn Up. 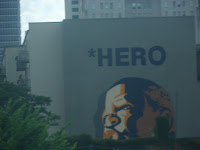 Nay and her dad Chris picked us up at the bus station on Peachtree Street, and I sat in the back of Chris's car snapping shots of the city here and there as we made our way to their house in the suburbs. After settling in we spent the night chilling, eating pizza, cracking jokes on each other,  and staying up until 2am to watch Sister Act 2 while Nay worked her magic on a client's weave (doing hair is her side hustle and one of her many skills). 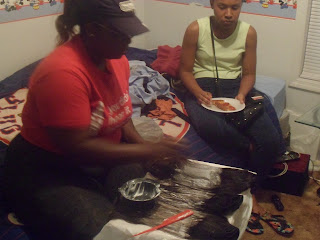 I can't go to bed without first saying a huge thank-you to Ma for making it possible for me to join this trip. From purchasing my plane ticket back home, to dropping me off at and picking me up from work on Saturday,  to driving all night Saturday so we could get to Louisville in time. You ma'am, are the real MVP. And of course, immense props and gratitude go to Chris and Nay for welcoming us into their home. I'm looking forward to what awaits us this week!
More photos from the trip:
Girl Cousins in Georgia photos