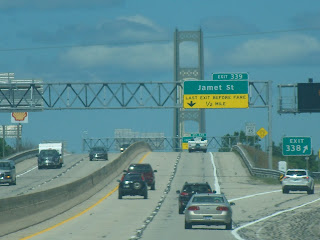 In the interest of thinking about happier things and seizing the opportunity while my notes and what I actually remember are still on one accord, for the next few days I'll be writing about my recent vacation. During the long 4th of July weekend, Ma and I went on vacation "up north". Mackinaw City, Mackinac Island, Traverse City, the U.P. In that order. Ma's idea. For the longest time this year we couldn't agree on where to go or what to do there, until one day I had to drag out of Ma that she's actually always wanted to go to Mackinac Island. And I figured, Alright let's do this. Sounds dull to me, but if that'll get her interested and engaged in this trip, then let's go. And wouldn't you know it, I probably had more fun up there than she did. More on that later. For now, let's start with Day 1. 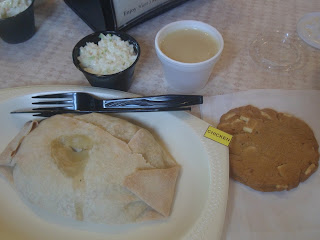 We arrived in Mackinaw (pronounced just like it's spelled) City early in the afternoon and checked into our hotel, the Holiday Inn Express. After dropping our bags off we walked across the street to Mackinaw Pastie and Cookie Co. for a quick lunch. It was aight. If you're in that part of town, need food in your stomach quickly, and want to eat a pasty (pronounced "past-y", not "paste-y") just for the sake of saying you've sampled this traditional northern Michigan staple, then go here. If you're a purist who wants "the real deal", whatever that is, you should probably go somewhere else. 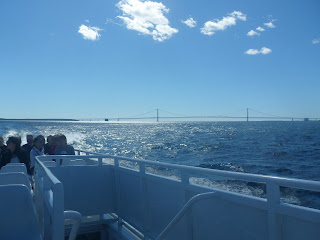 The hotel receptionist had given us a map of the city and recommended Shepler's as the best way to get to and from Mackinac (pronounced just like Mackinaw) Island. So from lunch we walked through the downtown area to Shepler's Ferry, where we purchased two-day round trip passes for $41 each. You'll find that Shepler's is very much about efficiency and convenience, with boats leaving from the city and the island every 15-30 minutes depending on the time of day. The boat that Ma and I boarded and went way faster than we'd anticipated; the ride was so much fun! Flying by Mackinaw Bridge, with the boat bobbing as wind and sea spray slap you in the face; it was like being on a water ride at an amusement park! We made it to the Mackinac Island in 15 minutes or so. 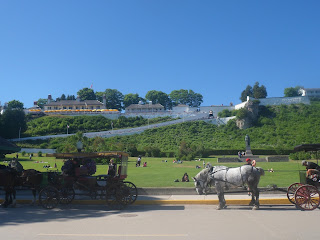 For for the first day we just wanted to see and get acquainted with the island, so we'd planned to walk around the whole thing by following America's only car-free state highway, M-185. This was the best but not the brightest idea, which I'll explain shortly. Let me say first that I was somewhat put-off when we stepped onto Main Street and looked around because, well. I have this thing where places that are too clean, too quiet, too organized, just too perfect, make me nervous. For some reason those places don't feel real to me, and they give me great unease. Mackinac Island is one of those frighteningly "perfect" places. But I had to remind myself that, Hey, we're here on vacation, let's keep it moving. We walked down one way and stared at Marquette Park for a bit before getting a map from the visitors center, buying some water at Doud's Market to sustain us, and setting off on what was supposed to be our 8-mile adventure at around 5:30pm. 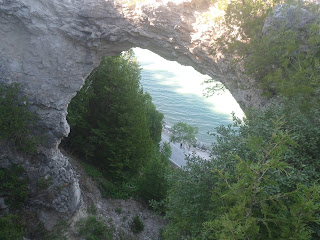 We didn't cover much ground within the first two hours because we were walking leisurely admiring our surroundings, and then we had an approximately 20-minute stop where Ma waited for me while I climbed up the 207 steps to see Arch Rock and nearly lost my mind at the magnificent view of Lake Huron from up there. By the time we began walking in earnest, it was already 7pm and we'd only reached mile 2. Ma insisted on turning around, which ended up being for the best. I don't know what I was on, but somehow I took her misgivings as a personal challenge to me. I thought that by saying "we" wouldn't make it around before the last boat left the island, she was underestimating me personally, and I was determined to prove her wrong. So in a huff I told her "Bye" and kept going. 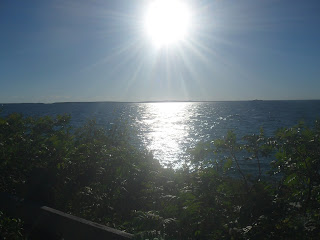 And it did my soul so much good! Once you get past the areas with heavy traffic, it's just you, the road, the rocks and sand of the beach, the water, and the sun. The forest hiding dozens of towering homes on one side of you, and the clearest, bluest of blue waves of Lake Huron on the other. Some of the most stunning sights that I've ever seen. You could easily find a quiet spot to sit and stare out at the lake, be alone with God and your thoughts as people pass by on their bicycles. Of course nature was just doing what it does and I just happened to be there, but I derived so much peace from simply looking around and listening to the waves as I journeyed on. With a few stops to rest, one holdup where I was put in my place by a father goose who thought I was getting too close to his flock during feeding time, and slowing down from fatigue toward the end, I made it back to the ferry shortly after 9:30. Basically I did 8 miles in about 4 hours, though it felt a lot longer than that while I was in the act. 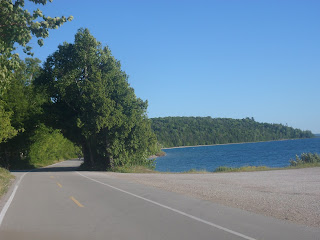 Seriously, though. As beautiful as everything was, I have to make this clear. That was the absolute longest walk of my life. When I was done, everything hurt. The soles of my feet, my lower back, my right hip, the backs of my calves and my knees, and my head were talking to me the most. But I regretted nothing. Just make sure you have some endurance and a good pair of walking or running shoes (mine failed me, so I know) before you try walking the island as opposed to biking it. Do some stretches or something beforehand. 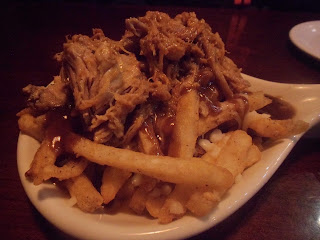 Ma had been waiting for me that whole time, and we caught a boat back to the island together. From Shepler's we rode a shuttle back to the hotel, which was driven by an energetic older husband and wife team (he drives, she keeps him company) from Ohio. They'd visited Mackinac/Mackinaw so often over the years and came to love it so much that they decided to move there, and now they spend their working hours welcoming people to the area and sharing their enthusiasm with their passengers. It was more engaging than your typical shuttle ride, that's for sure. I only wish I would've remembered their names. Since neither Ma nor I had eaten in hours, once at the hotel we hopped in the car to head back downtown for some food. Oreilly's Irish Pub was one of the few establishments still open at that time, which was around 10:30pm. Google told me that the place closed at 2am, but didn't tell me that the kitchen actually closed at 11pm. So we arrived just in time to sit and rush to order something. Ma got a burger and I got their poutine topped with pulled pork. I haven't tried la poutine québécoise yet so I'm not sure that what I had measured up to the original, but it was delicious. Fries, gravy, little cheese curds, and pulled pork with a glass of ginger ale make such a satisfyingly unhealthy combination at night on a long-empty stomach! 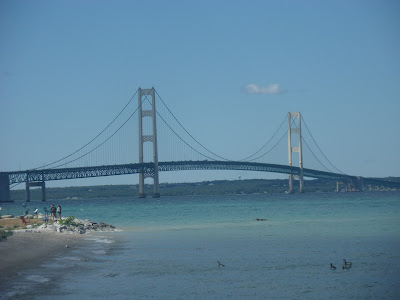