Today I have two books recommended to me by the internet. Let's get right to it!

Marriage of a Thousand Lies by SJ Sindu 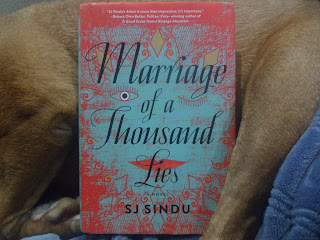 If I remember correctly, I was killing time on Goodreads one day and somehow came across Roxane Gay's (An Untamed State, Bad Feminist) 5-star review of this book, one which I hadn't previously heard of. I think that the premise of two closeted South Asian people marrying each other to act as each other's beards is what sold me on this novel, but I honestly don't remember the exact reason. My decision to buy this book was quite impulsive, but absolutely not a decision that I regret. It turned out to be one of my favorite reads this year!

Most of her life, Lucky (nickname for Lakshmi), has gotten through life by following her Sri Lankan immigrant parents' expectations, or at least by maintaining the appearance of such while keeping certain truths a secret. One of those truths is that she's gay. She's married to a respectable young man named Kris (Krishna) whom she became friends with in college. Kris is also gay. Their marriage, while a facade, allows them to pursue their respective love lives without being ostracized by their Boston area Sri Lankan community or being cut off financially by their parents. Living with Kris in Connecticut provides a comfortable distance as well. But when Lucky returns to her hometown to help take care of her ailing grandmother, the burden of being closeted weighs more heavily than ever when she learns that her childhood best friend and first love, Nisha, is engaged to marry a man. Lucky assists with engagement and wedding preparations, and the two women resume their sexual relationship in the process.

Though they are both closeted, it seems that Nisha hasn't fully embraced her sexuality, and the stress of wedding planning only makes it more difficult for her to make up her mind. One minute Nisha wants Lucky to be her escape from the life that's been pre-planned for her, the next minute she's standoffish and can't bear to face the disapproval of their community or be shunned by her parents. And though she tries to resist her feelings, Lucky is deeply in love with Nisha and weathers each heartbreak and disappointment in hopes that maybe one day they can be together without Nisha waffling from the fear of what people will think. Their rekindled relationship forces both of them to painfully confront the reality and potential consequences of their same-sex attraction. But while this eventually leads Lucky to greater self-acceptance rather than self-destruction, Nisha's wedding day looms and neither of them are sure which path Nisha will choose. I'll let y'all read the book to find out.

So much blunt, heartfelt, sometimes sarcastic, sometimes subtle, and sometimes devastating prose in this book. So much valuable insight on being brown and gay. I think it was necessary for SJ Sindu to delineate the strong (though not unmarred) ties that Lucky has with her family in order to demonstrate how the ideal of living your life and forsaking the opinions of others is a specifically terrifying prospect when you're the child of South Asian immigrants, even when you and your family aren't on the best of terms. Oh and props to Sindu for randomly (not completely random within the plot, just a pleasant surprise) having Lucky drive to Louisville, Kentucky to locate her estranged sister! My mom's city almost never gets a shout-out in literature, so this novel gets extra points just for that. If you're interested in LGBTQ literature, Sri Lankan culture, struggles of first-generation Americans, family drama, or tortured love stories, then this book is for you!


"Most people think the closet is a small room. They think you can touch the walls, touch the door, turn the handle, and walk free. But when you're inside it, the closet is vast. No walls, no door, just empty darkness stretching the length of the world" (25).

"I want to be art of the mess, wonderful chaos and movement, a purpose I haven't felt in my muscles for much too long. I haven't danced in ages and this is like scratching an itch deep under the skin. I remember what it's like to move—like something ballooning inside of me, like I'm going to expand and expand and become the air" (57). 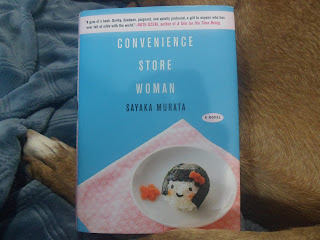 Just like Pachinko, I learned about this novel through a Japan Times article that I happened upon. Apparently this novel was a hit in Japan, and the English translation of this book was highly anticipated. The main character Keiko has never been "normal", having learned since childhood to adapt to social mores but not understanding or caring about them enough to practice them in her own life. To most people, her abnormality is exemplified by the fact that she's worked at the same convenience store for nearly 20 years and hasn't tried to get a "real" job or get married and start a family in all that time. She enjoys working in an uncomplicated environment, and she doesn't earn a ton of money but has enough to live a quiet life on her own. At some point, Keiko receives an unignorable amount of judgment and pressure to conform from her family, friends, and coworkers, to the point that she finds herself a live-in boyfriend just to get everyone off her back. She doesn't care about pleasing them, but also doesn't want to cause them further distress if her living a certain way means so much to them. Ironically, who she chooses to pose as her boyfriend and the arrangement that they have only add to the absurdity.

I was ready to be enthralled by this book, but something about it is... off. I think the writing style is what threw me the most. Not sure if that has to more to do with the original text or the English translation. There are certain turns of phrase that seem really awkward and unnatural, but perhaps they're just unfamiliar to me because I'm American (not up on British-isms yet, sorry). Overall I do appreciate that Murata poses the question of why people are so obsessed with normalcy and why they insist on invasively ensuring that other people live in the same presumably acceptable ways that they do. Like seriously, why is one's humanity defined by how normal they can claim to be? If you like reading about people who choose the road less traveled (not in a pretentious way), and what that means for women in Japan especially, then read this book.


"I find the shape of people's eyes particularly interesting when they're being condescending. I see a wariness or a fear of being contradicted or sometimes a belligerent spark ready to jump on any attack. And if they're unaware of being condescending, their glazed-over eyeballs are steeped in a fluid mix of ecstasy and a sense of superiority" (65-66).

"I want to spend my whole life doing nothing. For my whole life, until I die, I want to just breathe without anyone interfering in my life. That's all I wish for" (108). 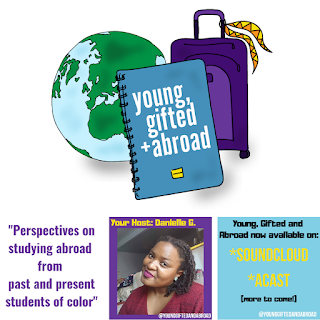 Here's to better, whatever that comes to mean.
Posted by Deela (Danielle G.) at 4:37 PM No comments: