Last night I had a dream that I submitted my DNA to find out what my ethnic makeup is. The results came back saying I was 50% Scandinavian, and as illogical as this was, in my dream I was disappointed almost to the point of tears that I wasn't as down-home Black as I'd thought (to my knowledge both sides of my family originate from Alabama). However, when I woke up from that dream this morning, I felt even more motivated to do something that I've been putting off.

For about a year and a half I've been contemplating finding out my ethnic makeup via AncestryDNA, and I've been talking about it to my mom for the past six months or so. The idea didn't fully occur to me as feasible until back in Fall 2014 when the kind owner of a Mexican restaurant politely asked me where I came from, and I didn't have an answer. Finding out where one comes from has a particular significance for many African-Americans (in this case, descendants of Africans enslaved in America), because most of us are oblivious to our origins beyond a few generations. Ties to the motherland were cut, families were split up for profit, and genealogical information was denied us for so long, that most of us were already poised to not know our origins even before our great-great grandparents were born. Certainly, many Black Americans are like my mom; they're not pressed about it. As she put it when I asked her, "If I find out, I find out. If I don't, I don't." And then others are like me.

I remember being in elementary school when we had a "culture day" of sorts, and all the white and other non-black kids were able to bring in food, clothing, and other representative objects from their culture, and all I could do was find an old souvenir that someone had given my family that looked somewhat Indigenous, and passed it off as something that vaguely represented my African heritage. I knew, even as a 1st or 2nd grader then, that ultimately my people came from Africa. But I didn't know much more than that, and I neither questioned it too much nor felt bad about it. I just figured that that was the way things are for Black people. Then I read Alex Haley's Roots in 4th or 5th grade, and ever since then I've been fascinated by the idea of tracing my origins, not out of painful longing so much as out of curiosity.

So now I have a chance to find out, or at least get a clearer idea! And I'm excited about it. I was going to wait until I'd made a little more money (got a new job by the way; more on that later maybe). Coming from someone who abhors spending money, $100 is not an easy amount to spend on a single purchase. But that baffling dream reignited my curiosity (and desire to have genetic proof of my Blackness, haha). I just sent for a kit. Will keep you posted!
Posted by Deela (Danielle G.) at 8:08 PM 2 comments:

Email ThisBlogThis!Share to TwitterShare to FacebookShare to Pinterest
Labels: OddDreams 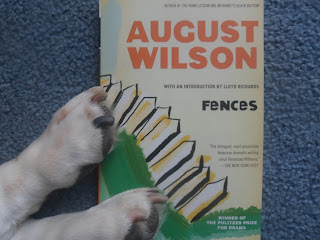