When asked what got us interested in Japan, many Japanese learners like me will mention how anime was our "gateway drug". For people who came of age back when Adult Swim played that 6-hour block various anime episodes from late night Saturday to early morning Sunday, that limited exposure to Japan had a profound effect.

Case in point. I'm going to show you how anime led to me adopting my dog Julia.

If I hadn't been introduced to anime (especially shows like InuYasha, Blood+, Samurai Champloo, and others that had bomb soundtracks and opening/ending theme songs) in high school, I might not have been inspired to study Japanese in college.

Do I even watch anime anymore? No.
Is anime the cause of every good thing that's happened in my life over the past 10 years? No.
Am I making arbitrary connections between events in my life? Maybe? I don't think so.

All I'm saying is that you never know how one thing might lead to something else...
Posted by Deela (Danielle G.) at 5:51 PM No comments:

Happy New Year! For the last three Japanese dramas that I watched in 2017, I wanted to try something a little different by listing the main plot points of each one and then briefly filling in the gaps. In the order that I finished them: 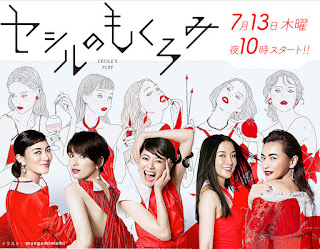 セシルのもくろみ (Seshiru no Mokuromi/Cecile's Plot) - Fuji TV/2017
I watched this show for Maki Yoko ('Mondai no Aru Restaurant') and Itaya Yuka ('Haha ni Naru'), who are two of my favorite actresses. Though if Itaya Yuka's going to keep doing fashion dramas it'd be nice if she switched it up instead of playing the same super-serious exec each time (see 'FIRST CLASS'). I didn't really care much about the backstabbing involving models and other staff at the magazine, and I didn't care that much about Yukako even though she went through some difficult times and was instrumental to Nao's development as a model. What kept me watching was the camaraderie between Nao and Eri, where mutual spite transformed into a partnership, and then into a genuine friendship. And perhaps I'm also a sucker for a woman underdog story, I don't know. There's also an openly bisexual makeup artist who doubles as a wise sage, which is interesting, but the show doesn't really use him for much other than to give Nao advice. 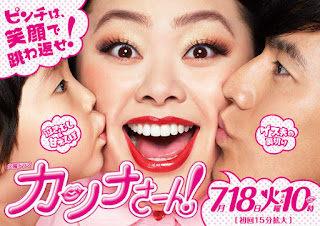 カンナさーん! (Kanna-san!/Ms. Kanna!) - TBS/2017
Watanabe Naomi (comedian/fashion designer) is literally the only reason I gave this show the time of day. I'm actually not that familiar with her work besides the clips here and there that I've seen online. I'm a fan of hers simply because she's a fat woman in Japan who's extremely successful in entertainment and fashion, and I just really want her to win. 'Kanna-san!' is a lot like 'Jimi ni Sugoi' in that the entire show rides on the lead actress. If anyone other than Ishihara Satomi had been cast in 'Jimi ni Sugoi' it would've been just a boring workplace show about a young woman who goes to work and dresses cute. If anyone other than Watanabe Naomi was cast in 'Kanna-san!', it'd just be a boring show about a single mom who designs clothes and keeps getting tried by her ex-husband and mother-in-law. Watanabe's enthusiasm and unique appearance are what make the show work. Thankfully, however, there are no fat jokes and no one comments on her weight at all. There are subtle references, like when the tub overflows when she settles in for a bath, or when she buttons two shirts together to make a skirt in her size. But her being fat is never the butt of a joke, which I can appreciate. 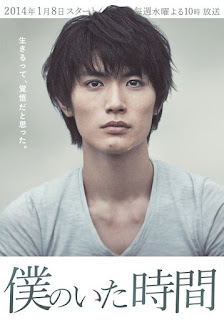 僕のいた時間 (Boku no Ita Jikan/The Time I Was There/Hours of My Life) - Fuji TV/2014
When I checked the upcoming shows for the fall 2017 season I wasn't sold on any of the options, so I looked up some of the most popular dramas from the past 10 years for alternatives and found this one. My takeaway from the show, other than learning more about the progression of ALS, is that you have to acknowledge things as they are rather than getting wrapped up in how you think they "should" be. This is something I've struggled with basically my whole life, especially in 2017. Once Takuto makes peace with how his life has changed and will continue to change, he's at greater peace and is able to make the most of what his life has become. This show reminded me a lot of my grandfather (formerly very independent, now significantly less so due to certain medical issues) and the concessions people have to make when their bodies age or begin to lose certain functions. Humbling story with a sad but resolute ending.

'Seshiru no Mokuromi' was fun to watch, 'Kanna-san!' was cute I guess, but neither of them hold a candle to 'Boku no Ita Jikan'. That's my winner this time around.
Posted by Deela (Danielle G.) at 10:20 PM No comments: