Hallelujah! I'm finally writing a Japanese drama review about the two dramas that I watched during the second half of 2018. I actually thoroughly enjoyed these two summer shows; it just took me so long to finish them because I was either in a funk or setting them aside for other things. But I made it! I've already got a list of dramas from the autumn 2018 broadcast season that I want to start, and I'm sure I'll have even more shows to look forward to once I find a comprehensive rundown of upcoming winter 2019 dramas. But for now, summer 2018 is where I'm at. I watched both of today's selections with Japanese subtitles. Let's get started! 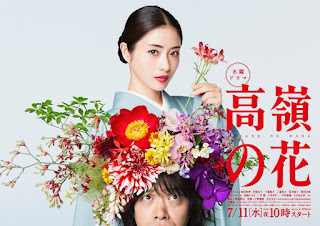 When I heard about this drama I didn't need much convincing. Ishihara Satomi? Ikebana? Intrigue? Rock n' Roll? Count me in! Momo is well-groomed while Puu-san is more self-studied, but they're able to have these randomly deep, intellectual conversations about the meaning of art and artistry. And then at some point these conversations hilariously collapse into typical couple's tiffs about nothing. This happens quite a few times in different episodes, and I found that to be such a smart way of fleshing out the tone of their relationship. Scenes like these show how Puu-san, while not an artist, greatly understands art and can understand the duties and pressures Momo faces as the potential heir of a longstanding family of traditional artists. These scenes also show that he's not just the rebound; Momo cares for him and what he has to say. Their relationship is real, even if it's not a huge priority for her.

Momo does treat Puu-san unfairly on a number of occasions. But as part of the audience... I kind of get it? I think the show does an excellent job demonstrating a number of complicated dynamics, namely that of a victim of betrayal turning around and inflicting the same hurt on someone else, and the burden and sacrifice that are required for an artist to be successful. In order for Momo to exercise her passion for flower arranging AND maintain her family legacy, everyone and everything else must come second to the art. I think part of the reason why their relationship works, despite Momo's selfishness and indecisiveness, is that Momo's not intentionally cruel and Puu-san is not completely naive. They may seem like an odd mismatch but when things are good between them, they are overwhelmingly lovely to watch. 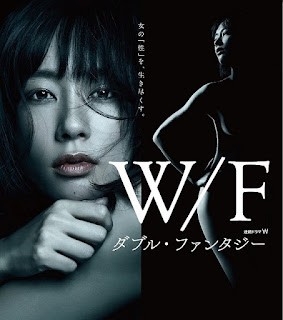