Below are the two dramas of the 2015 winter season that I watched at the same time as they aired in Japan. Things got a little hectic for me so I wasn't able to finish both series until last week, but that's beside the point. Here goes: 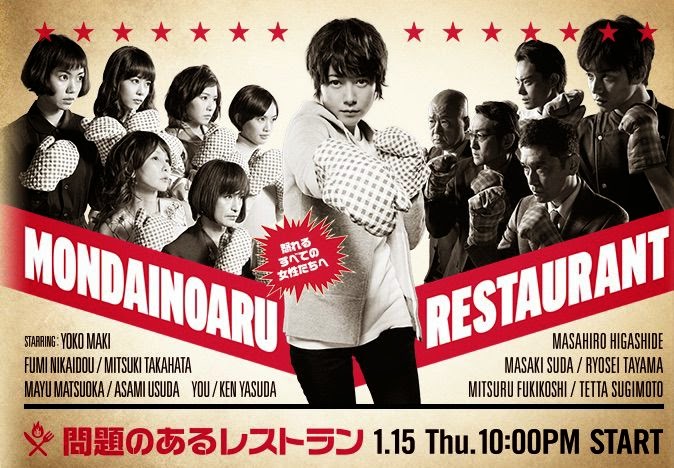 This drama is near and dear to my heart for two reasons. First, it's the first drama I've ever watched without English subtitles! Woo, go me! With the exception of one episode, I watched the entire series with Japanese subtitles. It took me about twice as long than normal to get through each episode, but improving my listening and reading comprehension was so worth it! I was impressed with how much I was able to understand. Second, this show tackles a relevant but taboo problem in Japanese society, which is sexism. Particularly in the form of workplace discrimination and sexual harassment against women.

Tanaka Tamako leads a team of a women in opening a restaurant on a rooftop. Each woman has her own story. Tamako left her corporate food industry job after being betrayed by her chef boyfriend, mistreated at work, and learning of her childhood friend's public humiliation by the CEO and sustained sexual harassment from co-workers. Tamako decides to open the restaurant Bistro Fou (literally "Crazy Bistro") to avenge her friend and rival the upscale restaurant "Symphonic" that's run by her former company. Joining her is a cast of unlikely heroes: Haiji (a transgender? pastry chef who was shunned from jobs because of her lifestyle), Nanami (a longtime friend of Tamako's with whom she used to run a food truck), Kyoko (a soon-to-be divorced single mom who's regaining her confidence and independence after being dogged as a housewife), Yumi (a Tokyo University grad who used to be Tamako's coworker and is struggling to find her footing in the corporate world), and Chika (a loner otaku who's also a brilliant chef and holds a hateful grudge against her father, the lecherous above-mentioned CEO). Rounding out the female cast is Airi, the girl who stole Tamako's chef boyfriend, but she isn't as dumb, conniving, or docile as meets the eye.

I love this drama because it really delves into the daily struggles and pressures that women (especially working women) have to face. To this day I think this is the only drama that has ever made me cry. It hits that hard. But it's also incredibly heartwarming (and hilarious!) in the way it displays women working together and uplifting each other. Undoubtedly one of the best dramas I've ever watched. Also, props are due to Maki Yoko, who plays Tamako and brought me to this drama. I first saw her in 'Saikou no Rikon', and I know last year she starred in two successful seasons of the detective drama 'MOZU', so it's refreshing to see her in a more lighthearted role for a change. 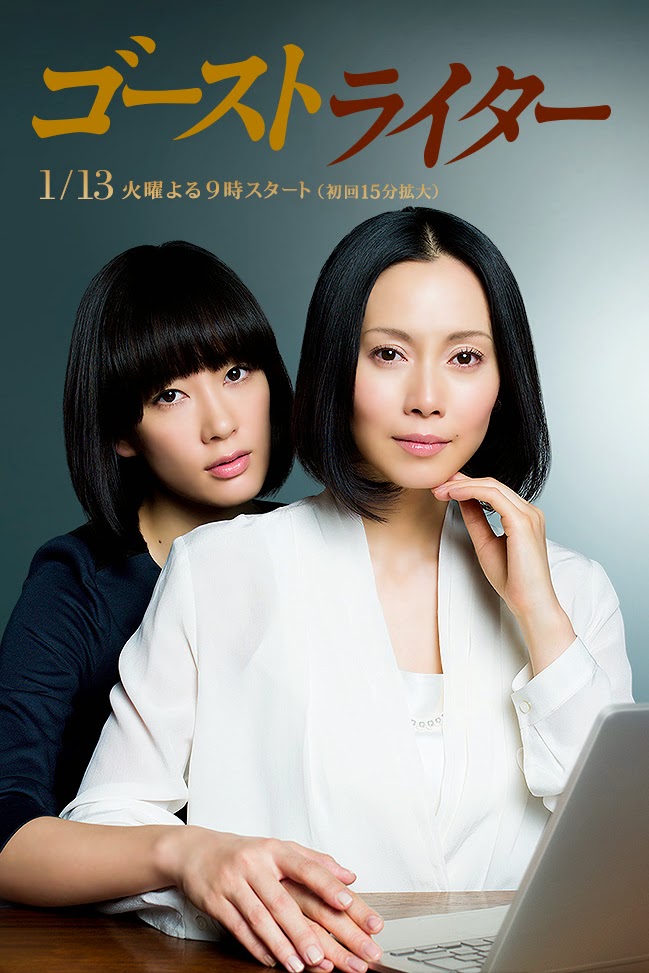 Much like 'Hirugao', here we have another instance of a naive, idealistic young woman being corrupted when an older woman takes her under her wing. Their relationship evolves from teacher-student, to perpetrator-accomplice, to sworn enemies, and back again.

Kawahara Yuki is a 20-something aspring novelist who's struggling to enter the publishing industry. By sheer luck, she ends up being hired as an assistant to Touna Risa, Japan's reigning literary queen. Her works have been consistent best-sellers for 10 years, with quite a few being produced as films. But somehow Risa has lost her thunder, and recently her work isn't garnering the same praise or sales that they used to. So, when she discovers Yuki's writing talent, her editor and lover gets her to persuade Yuki to be her ghostwriter. Yuki agrees, and these new novels by "Touna Risa" are a second wind for the washed-up novelist. Yuki is at first led to believe that this will be a partnership of sorts, and that Risa will help her to launch her own writing career. But she she realizes she's being used, she decides to fight back, and a bitter battle ensues between the two authoresses. I watched the drama largely for Mizukawa Asami, who gave a solid performance as second female lead in last winter's 'Shitsuren Chocolatier'. Also, as an avid reader who's not familiar with what ghostwriting entails, I was glad to get my first taste of a drama set in the book/publishing industry.

One aspect that I found quite intriguing about this drama is the theme of living a double life. Once the deal has been made, neither Yuki nor Risa can really do anything without each other. Yuki wants her work to finally be read, and Risa wants to keep her good name, and in order to do that they both have to lie to their readership, their loved ones, and even themselves to some extent. In this way the show reminds me of the film Big Eyes. A real artist has talent but doesn't have the connections or guts to be noticed on her own, so she's manipulated into producing masterpieces behind a facade, eventually becoming complicit in the scam.  But one could argue that both Risa and Yuki are being used in this way. Risa is pushed by her lover/publisher to commit deplorable acts to protect her legacy (read: make sure the publisher gets paid), and Yuki is used as the pawn to make sure this plan goes over without a hitch.

I doubt that it's possible to compare the two shows, seeing as how they're so different (apart from the fact that they're about women). I was surprised by how thoroughly I enjoyed both of these dramas. But if I had to choose the one I liked the most, I'd have to go with 'Mondai no Aru Restaurant'. It deals with a very controversial and complex topic in a mindful way, and for me it came with the added challenge/reward of watching without English subtitles. But again, as usual, I would highly recommend both!