These are the dramas I've been watching to help me brush up on my Japanese before takeoff. 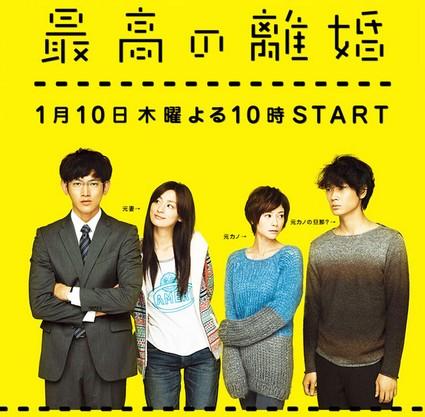 'Saikou no Rikon' is about the complexities of marriage and relationships, focusing on two couples connected with an impulsive divorce, a fake marriage, infidelity, and a possible mate swap. Basically, the message is that there's no formula for a successful relationship, and to some extent no one really knows what they're doing. People learn to love and accept each other through trial and error, and it's okay if they change their minds about what they want and what they'll put up with. I started watching this drama for Eita (the husband of one of my favorite Japanese singers Kimura Kaela, far left), and even more so for Ono Machiko (second from left). But all the actors in this drama are wonderful. This show portrays love, pain, and disagreement in a hilarious and realistic manner, which is why I've kept watching. 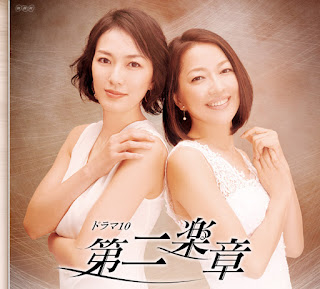 'Daini Gakusho' is about holding onto old passions and testing the parameters of friendship. Two talented violinists become best friends and eventually join the same orchestra. One beats (or cheats?) the other out of a soloist position and becomes world-renowned. The other starts a family and quits the violin. They reunite 16 years later and though all seems well, it is clear that tension and jealousy remain between them. In their adulthood they are both unfulfilled and want what the other has, and uncovered secrets reveal that they've felt this way about each other for many years. Now they must make peace with the past and salvage their friendship. I started watching this drama because it's the only music-related J-drama I found worth watching this season. 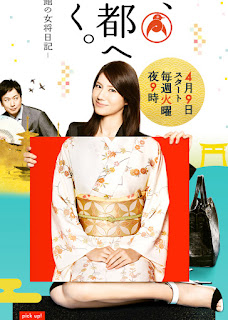 'Kamo, Kyoto e Iku' is about returning to your roots and fulfilling family legacies. The lead character's name is Kamo, which the show title uses as a play on both the Kamo River in Kyoto, and the Japanese word kamo which means "maybe". Once Kamo left what she considered to be her dated and backward hometown of Kyoto, she swore she'd never look back. But upon her mother's passing she leaves her job with the finance department in Tokyo to take over the family ryokan (inn). Despite doubt from her staff in her ability to manage the place and pressure from businessmen to just sell it and move on, Kamo is determined to prove that she can turn the inn around. But she has to learn a few lessons in humility first. This show provides an interesting look into the traditional character of Kyoto and the important customs and subtleties that go into operating a successful ryokan. People attach a lot of memories and meaning to places, and as such a ryokan is much more than just a business. The only reason I gave this drama a chance was because my favorite Japanese singer, Shiina Ringo, sings its theme song "いろはねほへと" ("Irohanehoheto"). I have to admit that I've been pleasantly surprised by this thoughtful show.

Most Japanese dramas I've come across are really well-written and only run about 11 episodes, so if you have some time check these ones out!