As promised, though quite overdue, here's a review of the Japanese dramas I watched between when I returned from Paris and now (end of summer to beginning of winter). This is part one of two, and these shows are in the order in which I finished them: 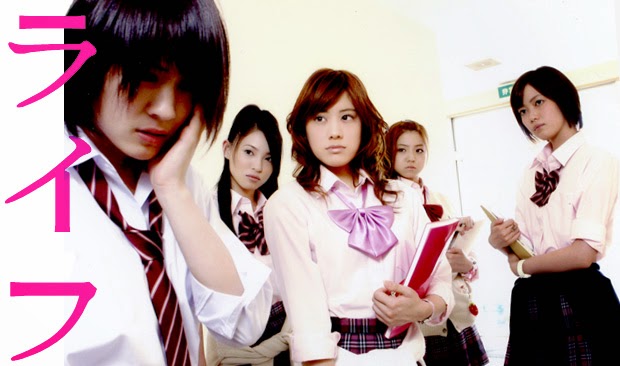 After falling out with her best friend and experiencing said friend's suicide attempt after failing to get into her dream school, Ayumu hopes that entering high school will be a new start. Being the new kid, at first she is welcomed by the group of popular girls in her class, but one poor decision and quite a few unfair misunderstandings earn lead her to be the odd woman out, ostracized by her classmates and bullied by the popular girls who used to be her friends. Her two main enemies are the evil, popular, and rich boyfriend-girlfriend pair Manami and Katsumi, both of which are sadistic control freaks who are hiding some pretty sordid secret lives.

This drama is based on the manga of the same name, and it's like the movie Mean Girls on acid. It's not as raunchy but the mind games are definitely more severe, and the she-said-he-said-she-said is more complicated. My friend recommended this drama to me about 3 years ago because I told her I liked dark anime/drama that has a social message, but I wasn't prepared for what 'LIFE' gave me. Placement exam/ranking system pressure, teen suicide, bullying and harassment, gang violence, rape/sexual assault, teen mental illness, sadism, self-harm, blackmailing, child abuse, inappropriate teacher-student relationships, cover-ups and corruption, revenge, even attempted murder. It's all in there. And you just get sucked into all the drama and sick stuff that's going on; I watched the whole show in just 2 or 3 days! And all the while you're wondering, why doesn't anyone speak up or fight back? Lesson learned: hurt people do in fact, hurt other people. I would totally recommend this drama, but don't expect any typical teenage fluff, 'cause this is definitely not it. 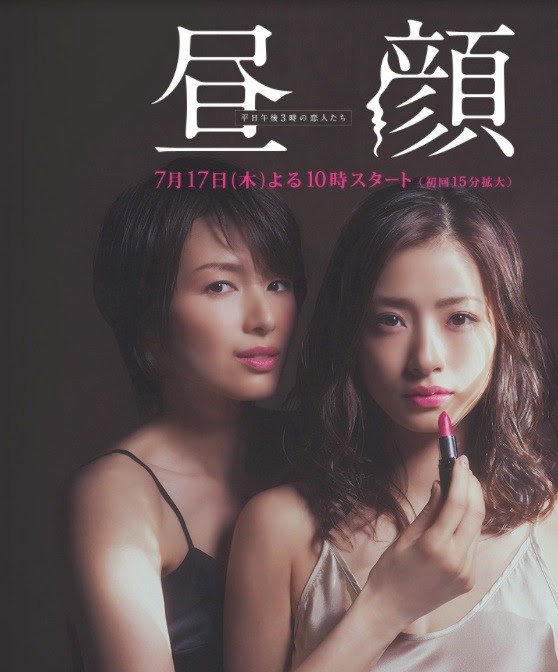 Hirugao or "beauty of the day", is a word that refers to married women (particularly housewives) who have affairs during the afternoon when their husbands are at work and/or their kids at school. Such women include our leads, neighbors Sawa and Rikako. Sawa is a docile young woman who's excruciatingly bored with her life as a housewife. Rikako is a seasoned vet at lying and cheating and has fooled herself into thinking that doing so makes her a happier woman and a better wife and mother. The two meet by chance, and before long Rikako goads Sawa into taking up the same pasttime with her new crush, a high school biology teacher named Yuichiro. While you're kind of happy that sweet little taken-for-granted Sawa has finally found love and is becoming more of her own person, you know that this can't end well. Secret affairs, even if based on friendship and true love, are still secret affairs. And at some point no matter what dirt people are doing, they always get caught. Eventually both Sawa and Rikako's liaisons lead to dangerous consequences; when they are found out they must decide what kind of women they want to be and how they will move forward. This drama is practically perfect, in my opinion. It broaches a taboo subject, it's sexy but avoids glorifying bad behavior or making it "cool", and it asks some pretty challenging questions about femininity and what love makes people do.

I forgot to mention something when summing up season 1 previously. In addition to being open all night and serving as a haven for misfits and lonely people, there's another important particularity about this restaurant. It has a very limited menu, but customers hardly order from it because Master actually makes just about whatever dish that they request anyhow. Thus the title of each episode is the name of a particular dish, and the dish varies with each episode . That being said, this season has the same exact format as the last season, but with new stories and more culinary dishes. However, this season differs slightly in that rather than focusing on people who are obviously outcasts or connected to the so-called underworld of Japanese society, this season focuses more on people who seem normal. They seem like regular everyday people, until the episode reveals something hidden hat you wouldn't expect. Perhaps that's why I wasn't wowed so much by this season, since the feature characters were a little bland. BUT! I highly recommend episode 6 ("Cream Stew"), which is my favorite of the season. Not only was it the episode that was used as part of my coursework in Japan last year, but the dish in this episode (cream stew) is also the dish that Master is seen making in the title of every single episode (of both seasons 1 and 2), which kind of makes it a staple of the series.

I enjoy watching this drama because rather than a typical group of pretty young people with the world presumably at their finger tips, here we have a group of 40-somethings who've lived life a little and still have their own drama and complicated love lives. In other words, in addition to the "Where are they now?" intrigue that high school reunion dramas have, Dousousei also shows us that *gasp* people are still plenty lively and interesting even after they've passed their 20s! This drama is an Honorable Mention because I haven't been able to finish it yet; the series ended in Japan months ago, but there are no English subs to be found online beyond episode 3. I'll write a proper review whenever the rest of the series is subbed.

With Dousousei out of the running, and all the other dramas being their own special kind of splendid, it's hard for me to choose a favorite this time around... but I'd go with 'LIFE' on this one. 'Shinya Shokudō 2' was solid but a bit tame, and I actually have no complaints about 'Hirugao', but 'LIFE' was just so wickedly beyond anything that I'd imagined when I first sat down to watch it. It's an adrenaline rush that wins out over the others. Although, again, I highly recommend all three!
Posted by Deela (Danielle G.) at 10:38 PM