Today was my first day back at CAHS in over a month and it was so refreshing! I'd forgotten how much I love walking dogs! 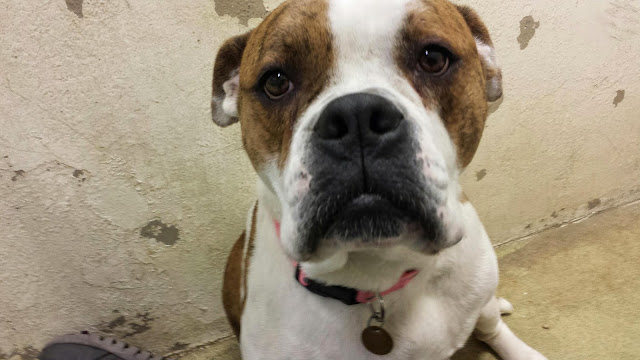 My favorite walking buddy of the day was this not-so-little lady named Priscilla. I describe her as "pouty" only because with her boxer-like jaw and bulldog-like forehead and eyes, she can't help but look sad and concerned on the outside. She has a natural resting sadface. Also when I first went into her kennel she seemed really tired and overwhelmed, so I almost left her alone so as not to distress her. 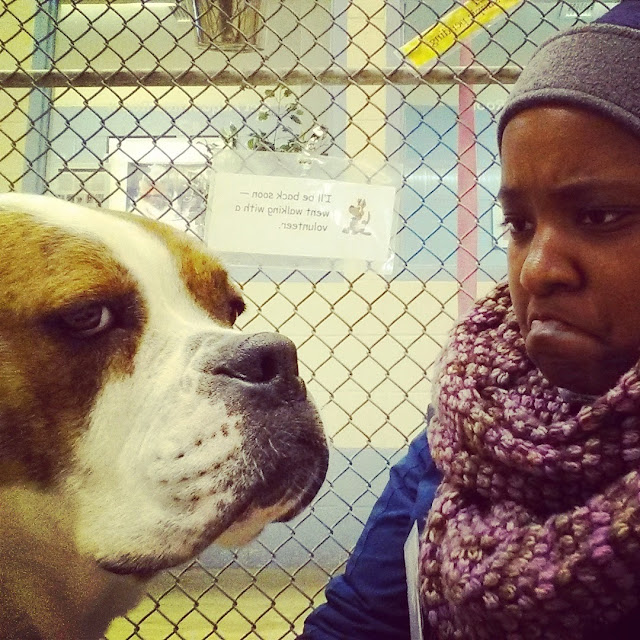 But after sitting with her and rubbing her head, neck, and shoulders for a while, it became clear to me that Priscilla's actually very affectionate! She's a big, muscular girl but she's gentle, and she's incredibly mellow for her young age of two years. She's also a recent momma who still has a swollen tummy and teats, so maybe that somewhat accounts for the fatigue. I took her for a walk through the woods and she seemed to be more energetic. Most of the time she would gladly lead the way, but there were a couple of stretches where she insisted on walking beside me. At one point I slipped on the snow and fell on my behind (that's what I get for trying to take a picture of her with my phone and not paying attention. ha!), and she even got in my face as if to see if I was okay. Such a sweet girl! 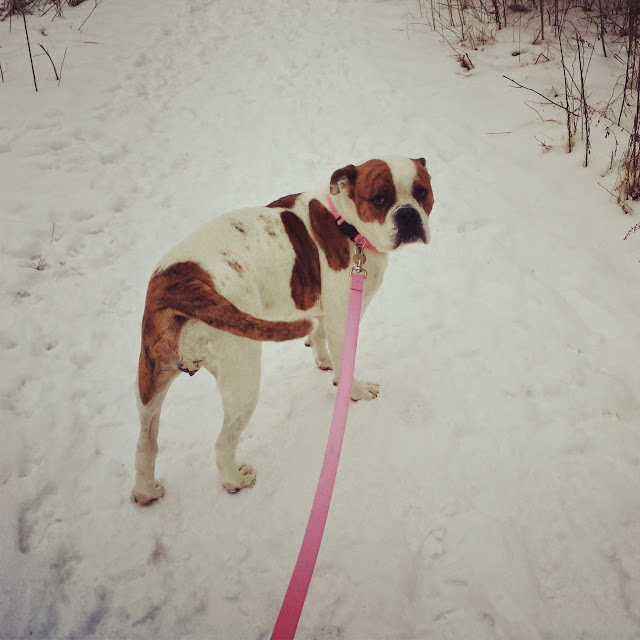 Priscilla and I had an abbreviated yet pleasant walk, and she's a very special pup (as they all are!). I very much hope that she finds a home soon! If you're interested in adopting Priscilla, check out her profile HERE! PS- The shelter recently implemented a new policy in which they no longer list a breed or estimated breed on he info cards that hang on the door of each dog's kennel. Apparently it's really inaccurate to come to any sort of conclusion based on physical features, and the shelter wants potential adopters to get to know and like the dogs based on how they are individually rather than on what their breed might be. Cool, right? I'd never heard of that before and was wondering if it would cause confusion. I thought, Well aren't people just going to speculate and ask about what breed a dog is anyway, since they probably have a specific one in mind that they want? But today it didn't seem like guests were too concerned about it, so I guess this new system works. So no, I couldn't tell you what Priscilla is, but I know she's a great dog. I guess that's what the shelter was aiming for. 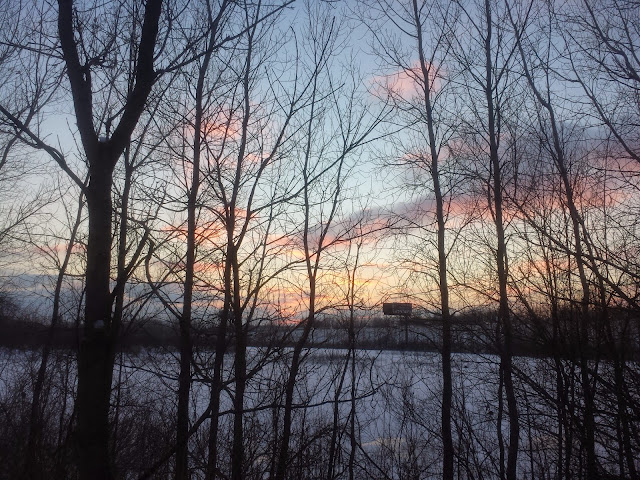 PPS- Check out the pink clouds that I caught during my last walk of the afternoon!