The following are dramas that I managed to get through during the school year that has just ended. The first is a sequel, the second is the first season of a show that I watched as part of my classes in Japan last summer, and the third I happened upon when I was bored and looking for something lighthearted back in January. The Mayuzumi-Komikado lawyer duo is back to their shenanigans, with the original cast also returning to pick up where season one left off. While Komikado-sensei's former employer and long-time nemesis makes a few appearances, his major opponent this season is the young, fresh-faced, somewhat westernized, idealistic lawyer  Hanyu Haruki. Rather than getting rich, defeating his enemies, and rubbing it in their faces like Komikado, Hanyu's objective for the cases he takes on is to create a better world where everyone can be happy. The two have an epic courtroom face-off at the end, where Komikado is the unexpected source of wisdom: In order to help people, in order to save them (if they can even be saved), you have to love humans as they are. Which means you have to love ugliness.

Just like last season, each episode takes up a hot topic or persisting issue in Japanese society. My personal favorite was the one that centered on a polyandrous arrangement involving three families. I didn't even know polyandry was a thing in Japan, and I was surprised to see it being talked about in such a matter-of-fact way. Another feature of 'Legal High 2' is the consistent thread through the entire season: the murder trial of an infamous seductress, Ando Kiwa. Mayuzumi and Komikado-sensei fight to reverse negative public opinion, spare her from the death penalty, and get her out of jail. All in all this season is not as gut-busting as season one, but I found the subject matter of its episodes to be much more interesting. The new characters and more daring storylines make for a solid season two. 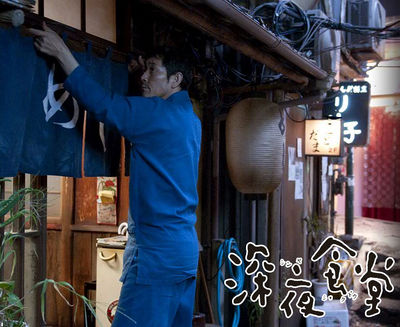 One of this show's major themes is how what happened in the past affects what  characters do in the present. They come to Shinya Shokudō, a secluded hole-in-the-wall diner that's open late from midnight to 7am, to be as social or antisocial as they please. The chef is an ex-yakuza affectionately called "Master"who knows everyone's stories and secrets, but passes no judgement and asks no unnecessary questions. He's a server but also a keen observer and guide, helping people to reconcile their problems and form connections with each other. Depending on your mood when you watch it, it's either a sad show with funny moments or a funny show with sad moments.

There's so much going on here, but it never gets sloppy. My favorite thing about this show is its ability to fit compelling human stories into 25-minute episodes, without making them too heavy or confusing. 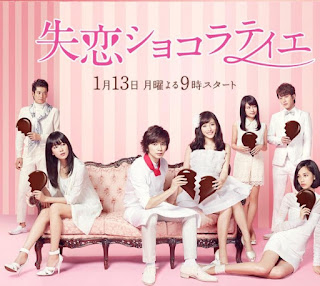 A twenty-something man named Souta is involved in complicated relationships with three different women. The most prominent of which is Saeko, a woman who loves chocolate and has been his unrequited love since junior high. Her rejection motivates Souta to move to Paris and become a world class chocolatier. He takes over his father's sweets shop upon his return and crafts creative and refined chocolates in hopes that they will make Saeko fall in love with him. After running from it for so long, Souta accepts the painful truth that no matter how much he loves Saeko, he can't have her. And as long as he still lives dreaming that he will, he will be living in a fantasy (that is, not really living at all). Even after Saeko runs away from her abusive husband and she and Souta carry on as lovers on the second floor of his chocolate shop, after some weeks they realize that what they really loved wasn't each other, but the illusion and escape that they represented for each other.

As it's a drama based on a manga, I figured, Ok. This'll probably be a little cutesy, corny at times, slightly illogical, maybe even ridiculous at some points. Whatever, I'll give it a shot. Little did I know that this manga-based drama is not innocent and is definitely NOT for kids. Mind you it's not R-rated or anything. But it's got this whole love, sex, and chocolate theme going on, and it's done in a way that pushes boundaries yet is still very subtle in some respects. And this is not just some goofy show. Sure, it's generally lighthearted, but this drama is actually kind of serious, with surprisingly good acting, and even more surprisingly profound moments. The show has another theme of pursuing your passion and pushing through the moments when you feel uninspired and want to give up, which I found compelling. Overall I was very much impressed with 'Shitsuren Chocolatier'.

Even though 'Legal High 2' and 'Shinya Shokudō' give you more intellectual meat to chew on, I'm choosing 'Shitsuren' as my favorite this time around because it was so light, smart, and playfully sexy. It was the perfect way to end winter.
Posted by Deela (Danielle G.) at 4:40 PM