My plan after le Louvre was to go see a movie, and I was originally going to take a bus to the cinema. But I couldn't figure out where the bus stop was and had hours to kill, so I wandered. I wandered through le Jardin du Carrousel and le Jardin des Tuilieres. I wandered along la Seine. I wandered across Pont des Arts, the "real" Love Locks bridge (I was mistaken about the one behind Notre Dame, which is Pont de l'Archevêché). Eventually I wandered my way all the way to the neighborhood that the cinema was in. No need for a bus at all, it turned out. 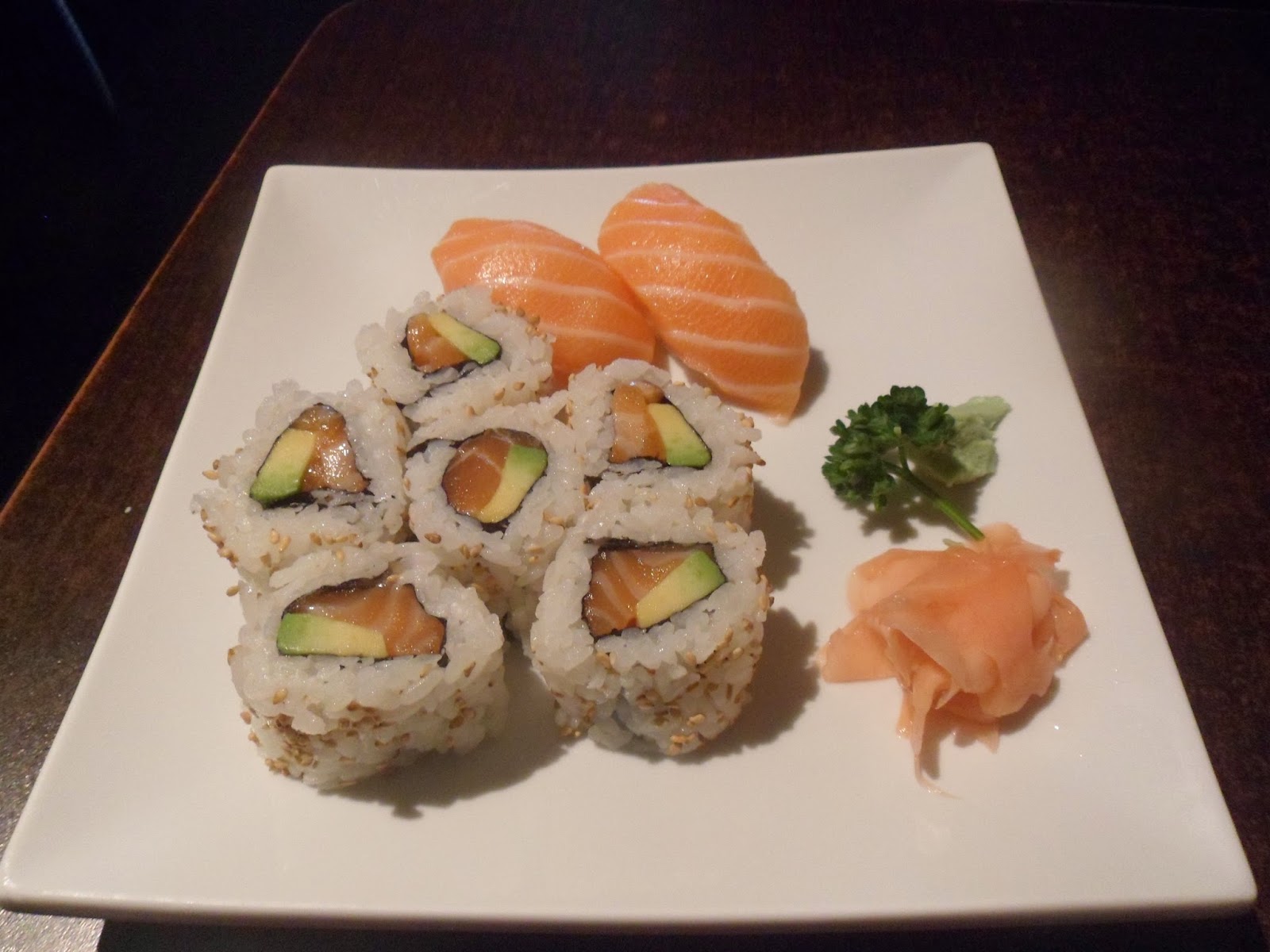 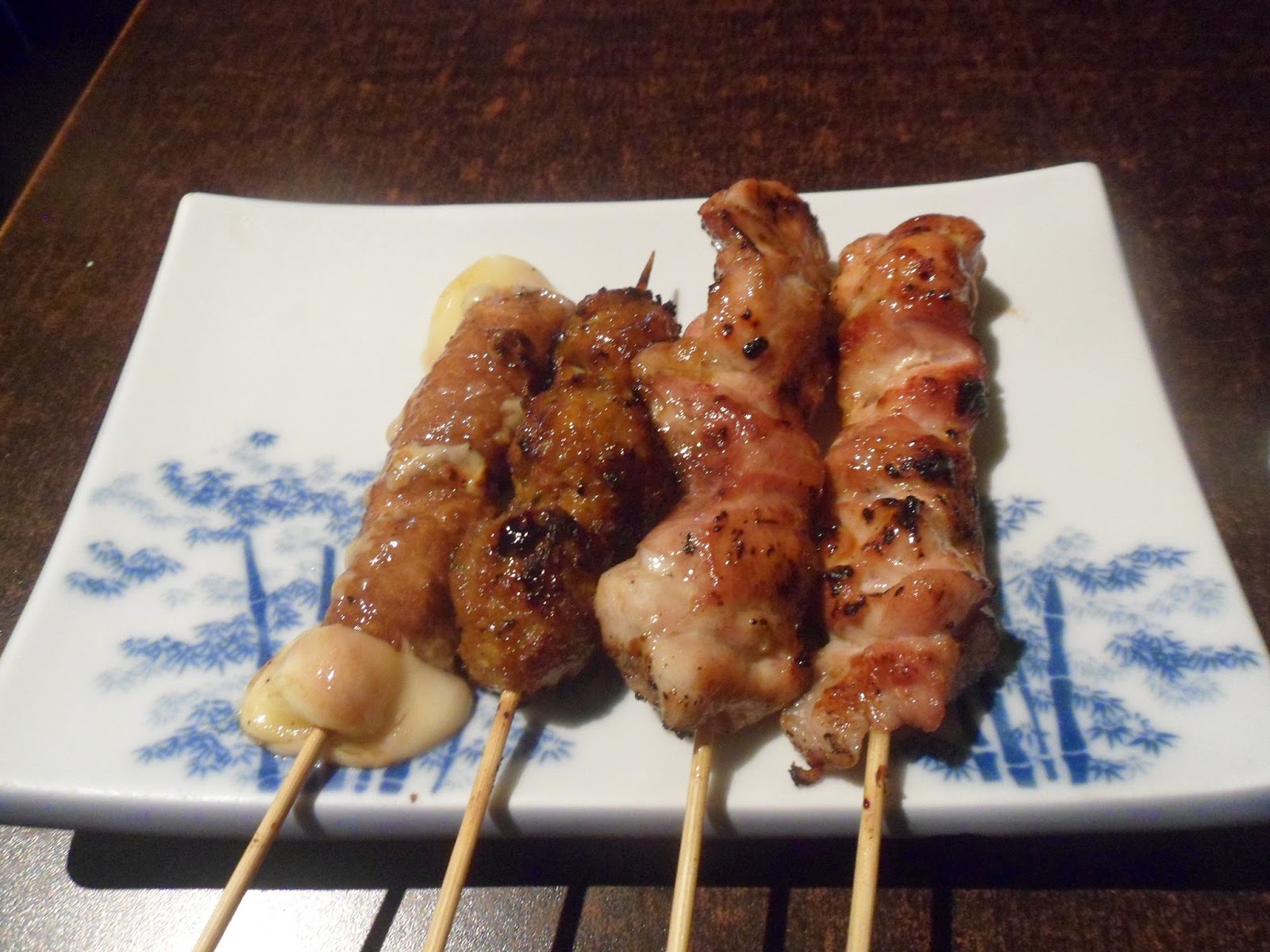 As I got closer to the cinema I couldn't ignore my hunger anymore, and it was just then that I spotted a Japanese restaurant called Hokkaido (or Lucy Hokkaido). It had two floors and looked really pretty from the outside, so I figured what the hey. Other than the fact that they sat me in a small corner right in front of the kitchen, I had a very pleasant experience. The decor is dark and simple on the first floor, while a large and colorful tatami room is on the second floor. The staff was very nice and the service was great. I ordered a special that came with 8 pieces of sushi, 4 skewers (brochettes), miso soup, salad, and rice. Everything tasted wonderful and was filling but not too heavy. 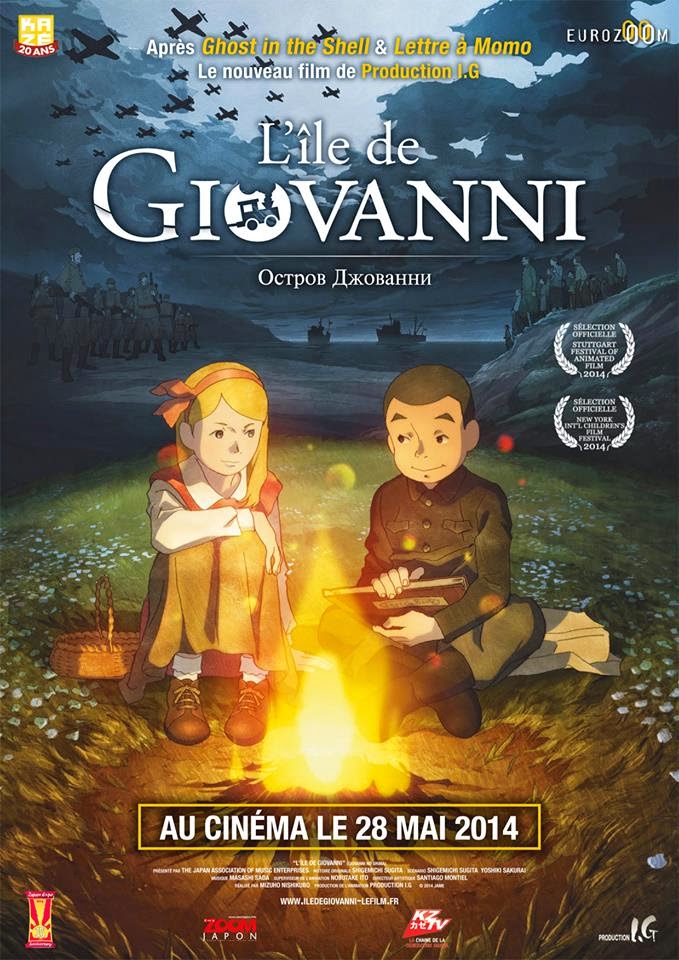 After leaving Hokkaido I headed for Forum des Halles, which houses the cinema that I was heading too. Above ground Forum des Halles is a large mall, but underground it's also a huge metro station (Châtelet/Les Halles). So it's super convenient if you want to eat, shop, and catch a movie in the same place, but it can be overwhelming when you're trying to get somewhere and have to change lines there. Anywho, I went into the cinema (UGC Ciné Cité Les Halles) and bought my ticket to see the Japanese film L'Île de Giovanni (or Giovanni's Island, originally ジョバンニの島). The entire film is a flashback of the post-WW2 Soviet occupation of the island Shikotan, told from the point of view of two young brothers. This film is without a doubt the saddest animated film I have ever seen. I hadn't even heard of this event, and seeing it told from a Japanese perspective was just heartbreaking. The people who lived on this island lost everything, and I mean everything. I won't lie and say that I didn't cry, because I did. I'll probably write about it more in depth at another time, but I would definitely recommend L'Île de Giovanni to anyone who has the chance to see it. Plus, since this film was in its original format with French subtitles, I got excellent listening and reading practice while watching it. I heard Japanese and read French, killing two birds with one stone. 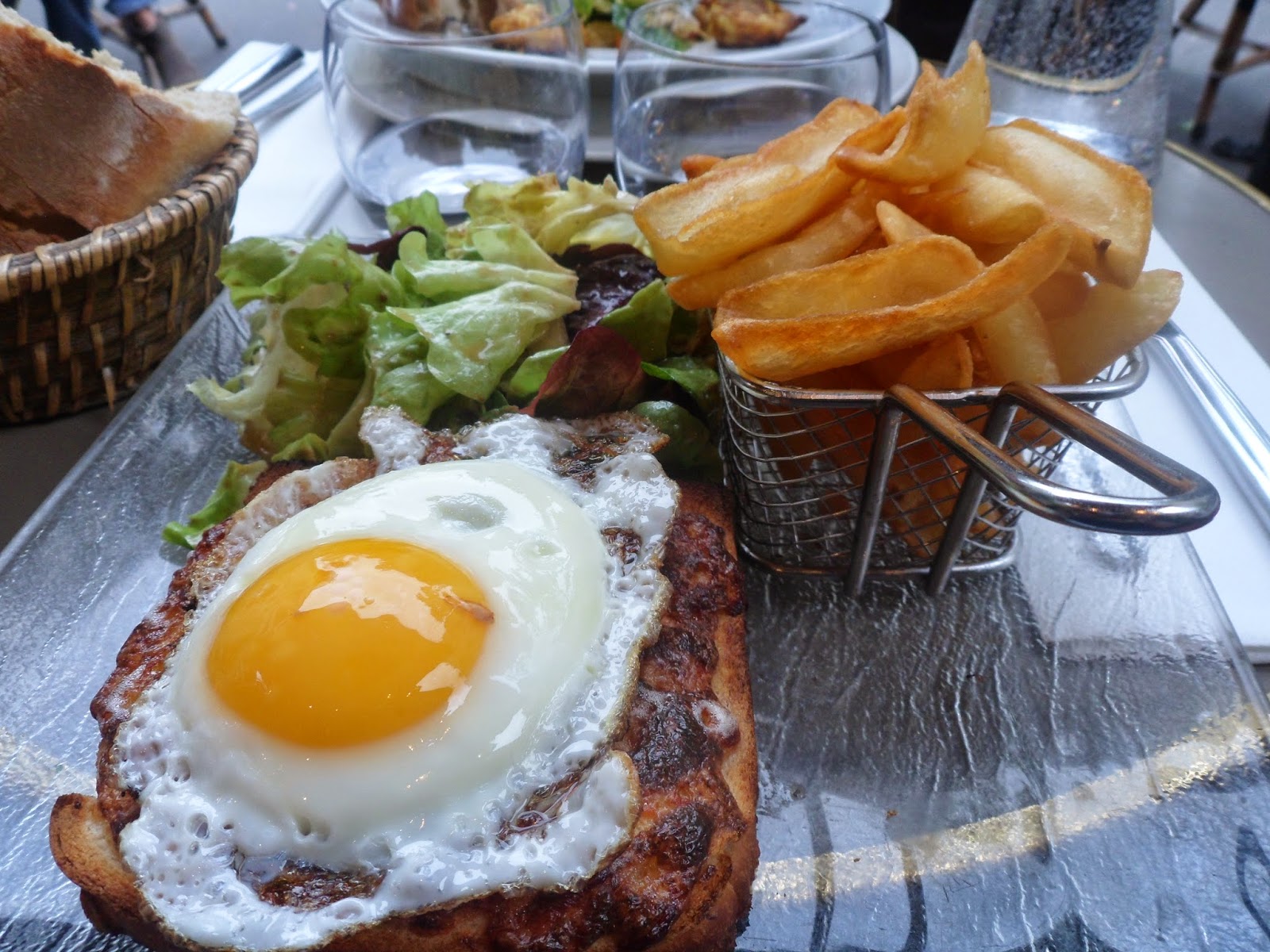 Since I'd accomplished all I'd set out to do for the day, I returned to the apartment. I was just about to eat something pre-made that I'd gotten from the grocery store, when I got a message from H inviting me to join her for dinner at this place called Le Murmure Café near where she lives. I was wary about spending more money than I already had that day, and I had homework to do. But I knew that this would be a good opportunity for me to be more social, so I went back out and met H at the café. As usual, we had a good ol' time eating and conversing. The croque madame and apple pie that I ordered were out of this world! Also, it was my first time eating a meal on the terrace of a restaurant, feeling the neighborhood's energy and observing the people around us. I'm glad that I went despite my original misgivings. Changing things up can pay off, and my day started and ended on a high note. 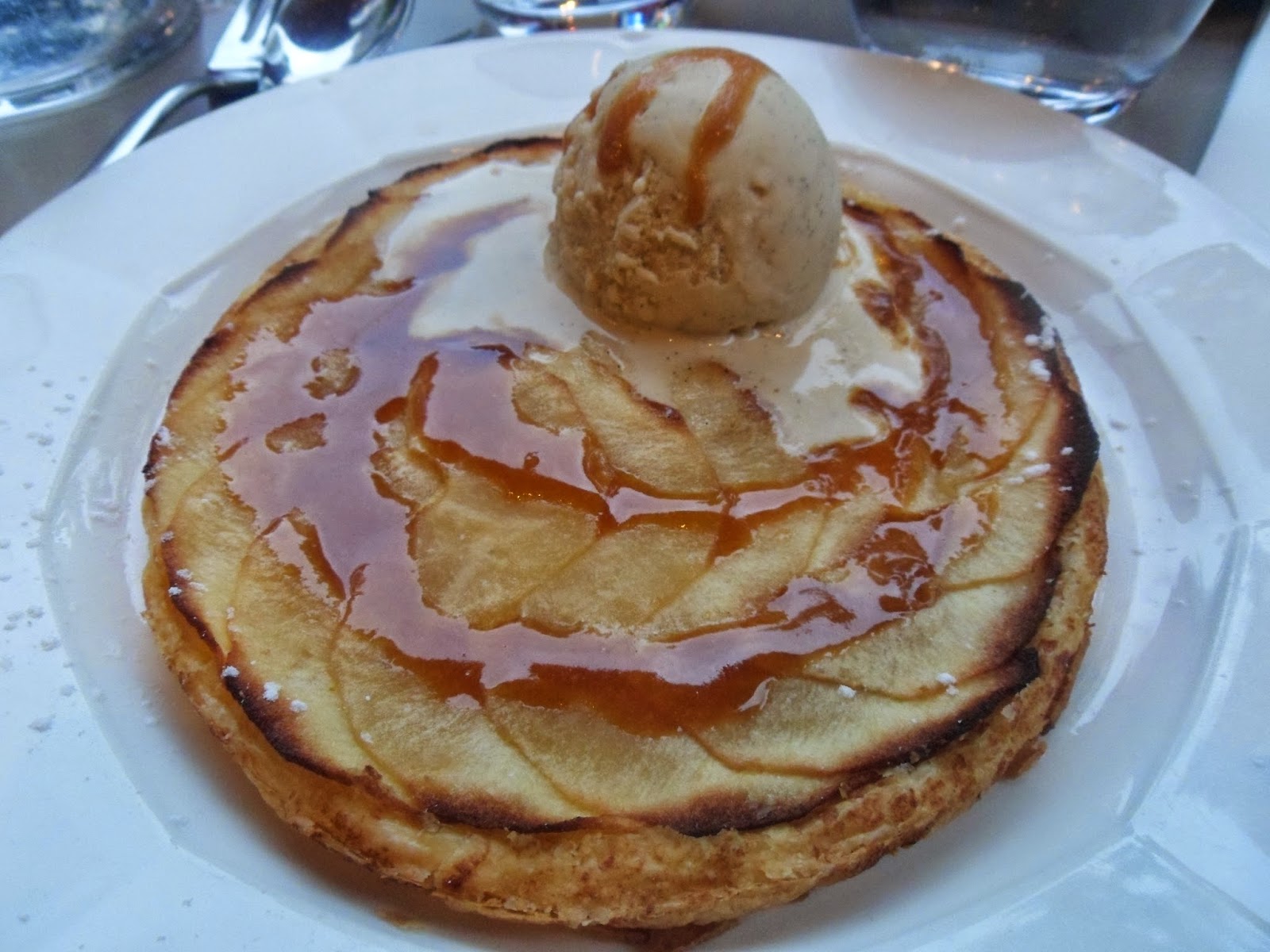