6:30pm EST to 8:30am CET
8-hour flight. Sat next to a pleasant and funny fellow college student named Lauren. She was off to Italy. I watched Like Father Like Son (Japanese) and Les Profs (French). When not eating, I was in and out of sleep for the rest of the time.

Another guy in my program happened to be on the same flight, so we shared a taxi to our respective host families' homes once we arrived in Paris. I was dropped off first.

I was met by a man named R. He and my "host mother" are not married, but he's here often enough since he splits his time between this place and his own apartment somewhere else in Paris. So I guess you could call him the man of the house, or my "host father", what have you. 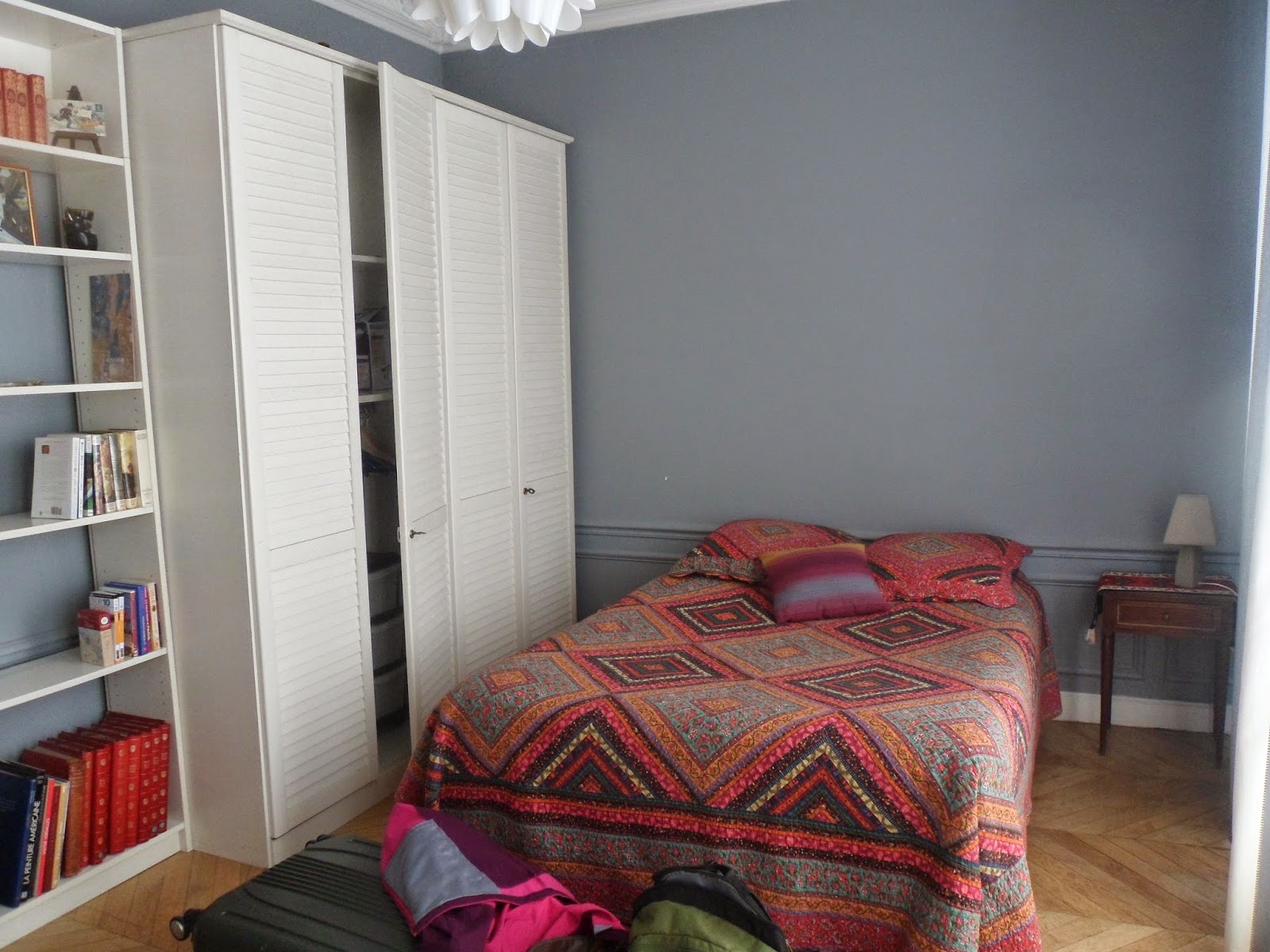 This apartment is HUGE. I won't take pictures of all of it, because this isn't my home and I don't want to be disrespectful. But I've taken pictures of my room and the view from the bathroom, so see the link below.

The building we live in is over 250 years old (style Haussman? haussmannien?). It's next to a school, and from the time I arrived I could hear children playing in the courtyard.

10:30ish to 11:15ish
R showed me around the neighborhood and pointed out places that he thought would be useful and/or interesting for me to know. He also told me about spots to be especially careful in. I don't remember everything he said, but I'm sure I'll find my way with time. He even walked me to the closest metro station to see about buying a monthly pass, but we went to the window twice and there was no one there. I'll just go by myself in the morning. He  left to go meet one of his grandchildren, so I had the place to myself for the next 8 and a half hours until my "host mother" arrived. R said to make myself at home. 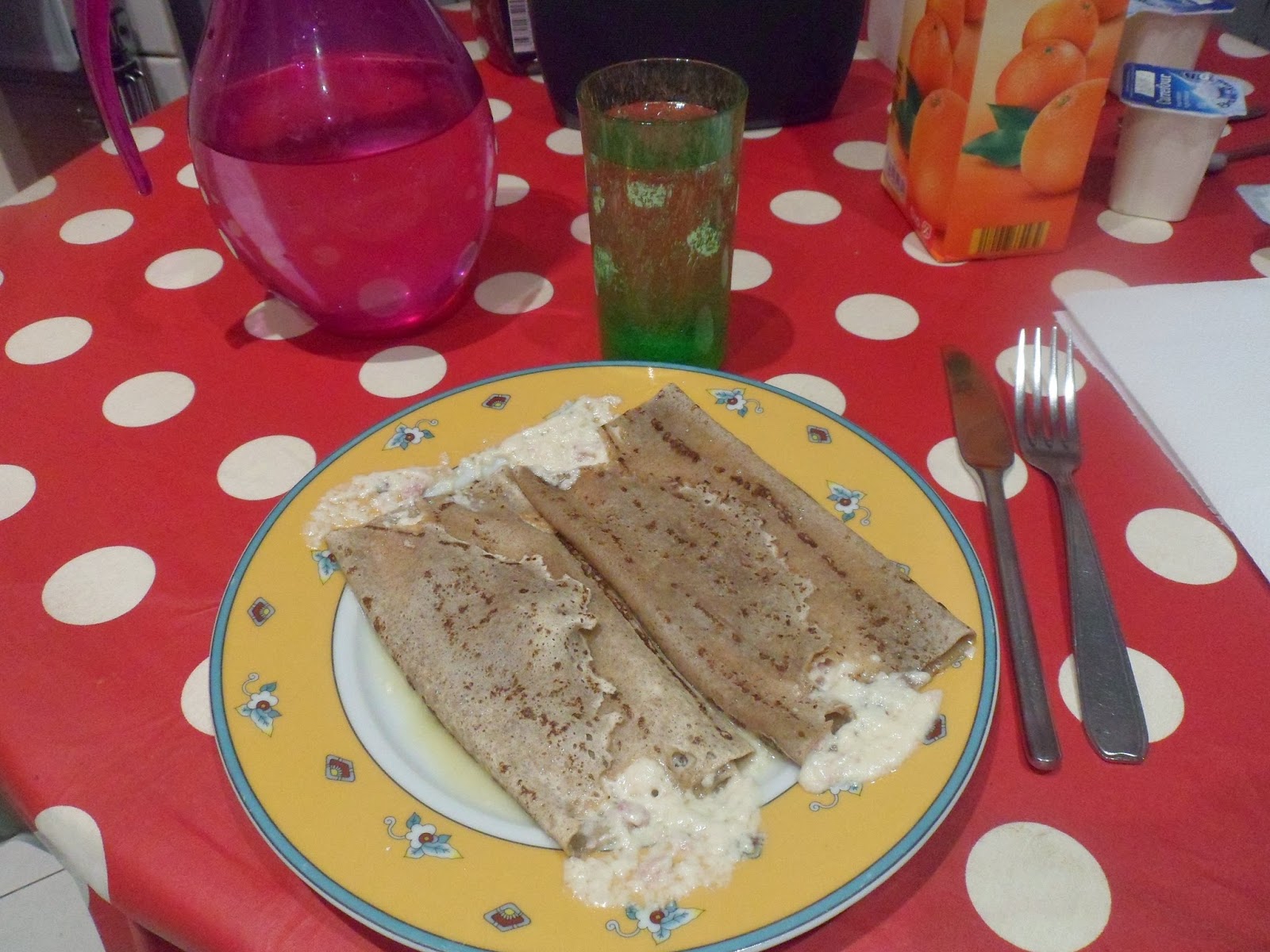 Woke up to the sound of rustling in the apartment. Heard a knock on my door and it wasn't my "host mother", but her long-time friend M who also lives here. She introduced herself and told me to make myself at home, as R had. She asked me if I'd eaten and I said no, since I was tired and didn't have an appetite. But she knew it'd been a long time, so she took me into the kitchen to fix me up something. Thus, my first meal in France was... microwave ham and cheese crepes, plain yogurt with a teaspon of sugar, a glass of water, and a glass of orange juice. Might not sound glamorous, but it was sooo good!

M sat and talked with me as I ate, and then my "host mother" R-M arrived. She joined us at the table and we all had a nice talk. As R and M had done, she welcomed me and told me to make myself at home and not hesitate to make use of whatever's in the  house.

First impressions:
After being shown around by R, I was relieved yet also overwhelmed. I'll have to navigate this neighborhood and this city, go into shops and restaurants, buy things, talk to people, take care of myself, figure out the metro... all by myself? That's too much! So I got scared and didn't want to venture back outside; I used my fatigue as an excuse to stay in for 9 hours instead of exploring. But now that I've met each of the adults who live here, I feel reassured. They're just so nice! And they've said so many good things to me already. Complimenting me on my French and giving me tips. Telling me that I'll make lots of friends, that I'll find my way around in no time, that I'll enjoy myself since there are so many things to do and see and so many different kinds of people in Paris... No need to worry.

I've been putting "host mother" and "host father" in quotations because as you can see, this is not a traditional nuclear family. But I kind of like it that way. R-M, R, and M are all incredibly warm and kind, so they're here for help, support, and conversation when I need it. But they each also work or have things to do during the day, which means they're not in the apartment all the time. So while I'll need to interact with them and get to know them, I'll also need to be somewhat independent and take care of myself. In short, I think this is the exact refuge/launching pad that I need. 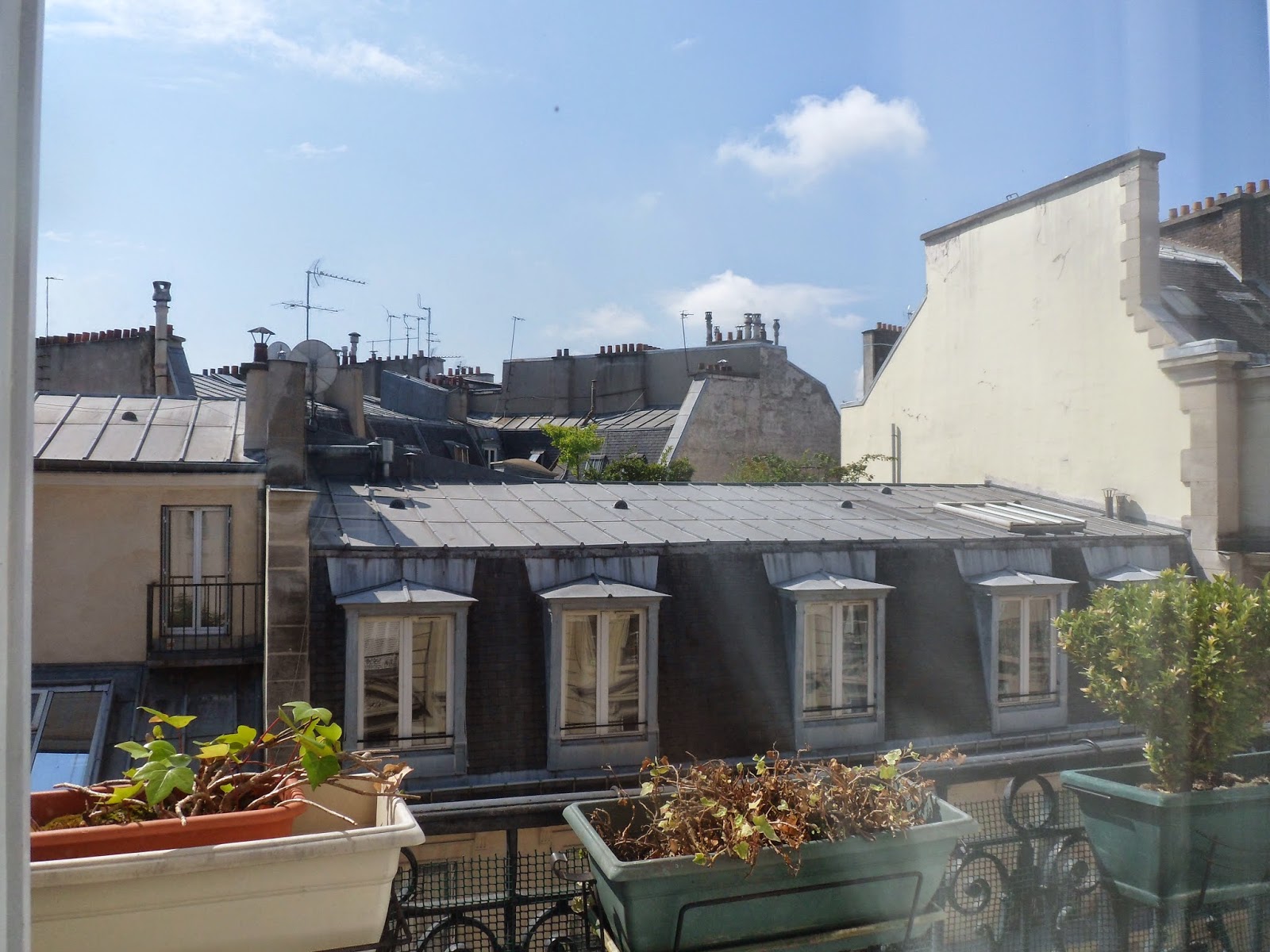 Tomorrow's my first full day in Paris, and I have to tackle the metro to get to a meeting in another part of the city. I hope all goes well. I don't want to take any of this time for granted.