I read this book about two months ago during spring break for one of my classes this semester. I would've written about it here sooner, but it got to a point where I didn't even want to look at the thing for a while because I'd already had to write about it two or three times for said class. However, despite all the work I had to do I thoroughly enjoyed this historical novel, so I didn't want to let too much time pass before I told y'all about it. 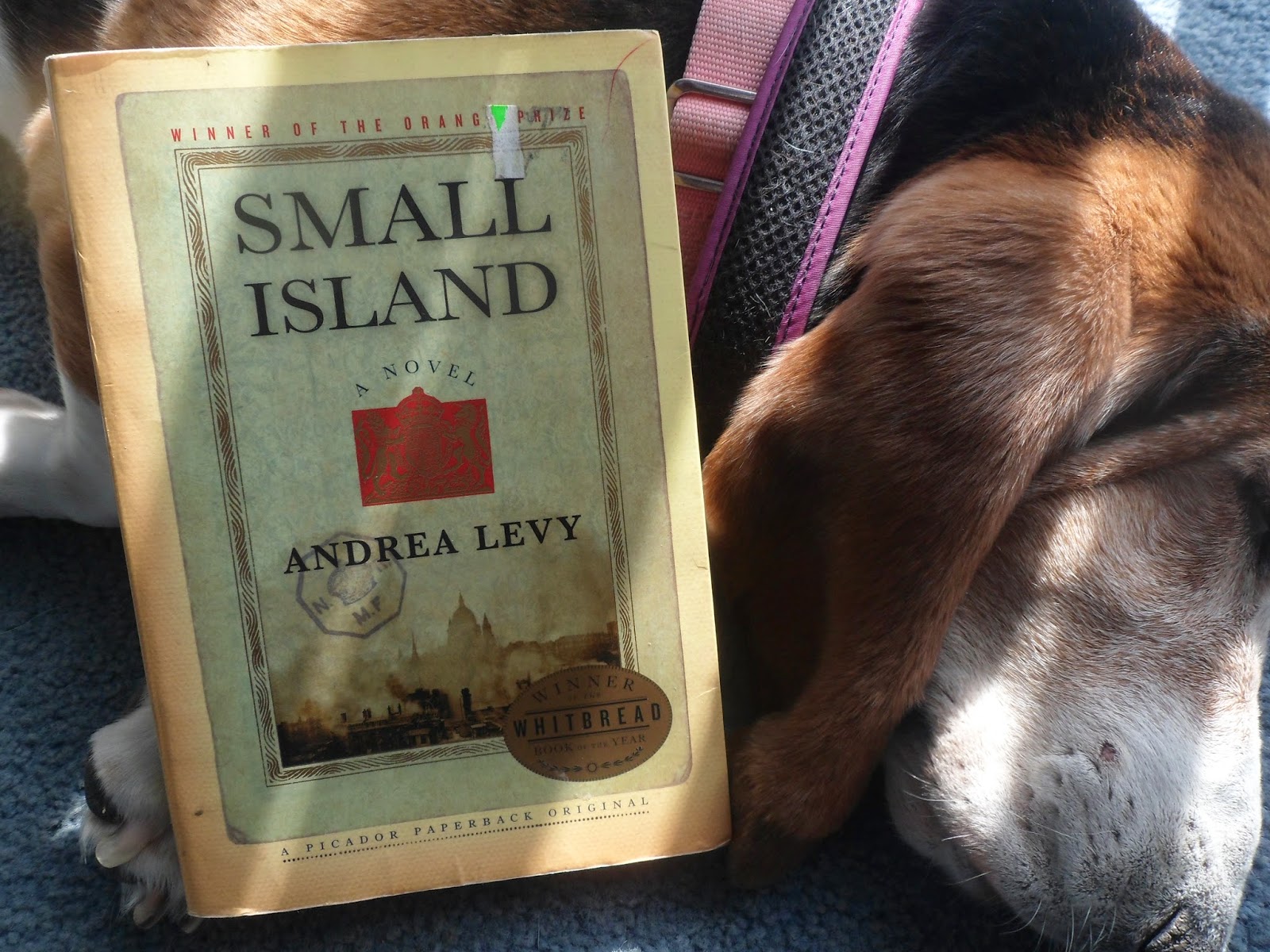 Small Island is set in 1948, the year that the Empire Windrush brought hundreds of West Indian immigrants (then British citizens) to settle in the UK after WWII. The novel is told from the perspectives of four people who live in the same house in London: Gilbert (a Jamaican laborer who served the the Crown in Britain during World War II); Hortense (Gilbert’s wife, who received an English education in Jamaica and is a trained teacher); Queenie (Gilbert and Hortense’s English landlord, who exhibits a relatively open and progressive attitude toward non-white immigrants); and Bernard (Queenie’s husband, having served the Crown in India, who cannot overcome his racist and xenophobic attitude toward immigrants like Gilbert and Hortense).  Queenie, Gilbert, and Hortense get along awkwardly yet peaceably at first. However, this changes when  Bernard returns from abroad to find that "foreigners" have taken over his house. The situation becomes still more complicated when it is revealed that Queenie has had a couple of trysts with a Jamaican serviceman named Michael, who happens to be Hortense's long-lost cousin and first love. Their mixed raced infant son can be taken as a symbol of multicultural British society to come, whose characteristics and chances of success are uncertain.

That part is a major turning point that doesn't occur until the end of the novel, however. I would say that precedence is actually given to Gilbert and Hortense’s experiences. They face a great amount of pain, disappointment, and disillusionment as they find that they are not considered British (or even human) by most English people they encounter. The “Mother Country” that they and millions of other imperial subjects have been taught to love does not love them back.

Small Island is reminiscent of White Teeth in the way that it delicately handles similar issues of immigration/immigrant experiences, race and racism, social integration, and interracial relationships. Both take up multicultural Britain, but in different ways. While one deals with its beginnings and focuses on war and colonialism, the other deals with its manifestation in the 1980s-90s and focuses on  assimilation and generational differences. (Interestingly enough, both novels are also written by multiracial, second-generation British women who are the children of  Jamaican immigrant mothers).

I appreciate that Levy takes her time fleshing out the backgrounds and personal stories of each of the four major characters before bringing them together. This helps to demonstrate that the conversation about "whose country is England", "who belongs here", and "who is British" is a complex and enduring one. Furthermore, it involves many identities and voices that might not ever be fully reconciled. However, though people might feel forced to share space with others due to circumstances beyond their control, they  have the opportunity to change their own ways of thinking so that sharing space might one day lead to tolerance, then common understanding, and then perhaps even community. This novel is a long, challenging, yet engaging treat. Perfect for plane rides, inquisitive minds, and spaces of free time.

"Now, paper is harmless─we all know this─but sometimes what is written on it is explosive." (p. 139)