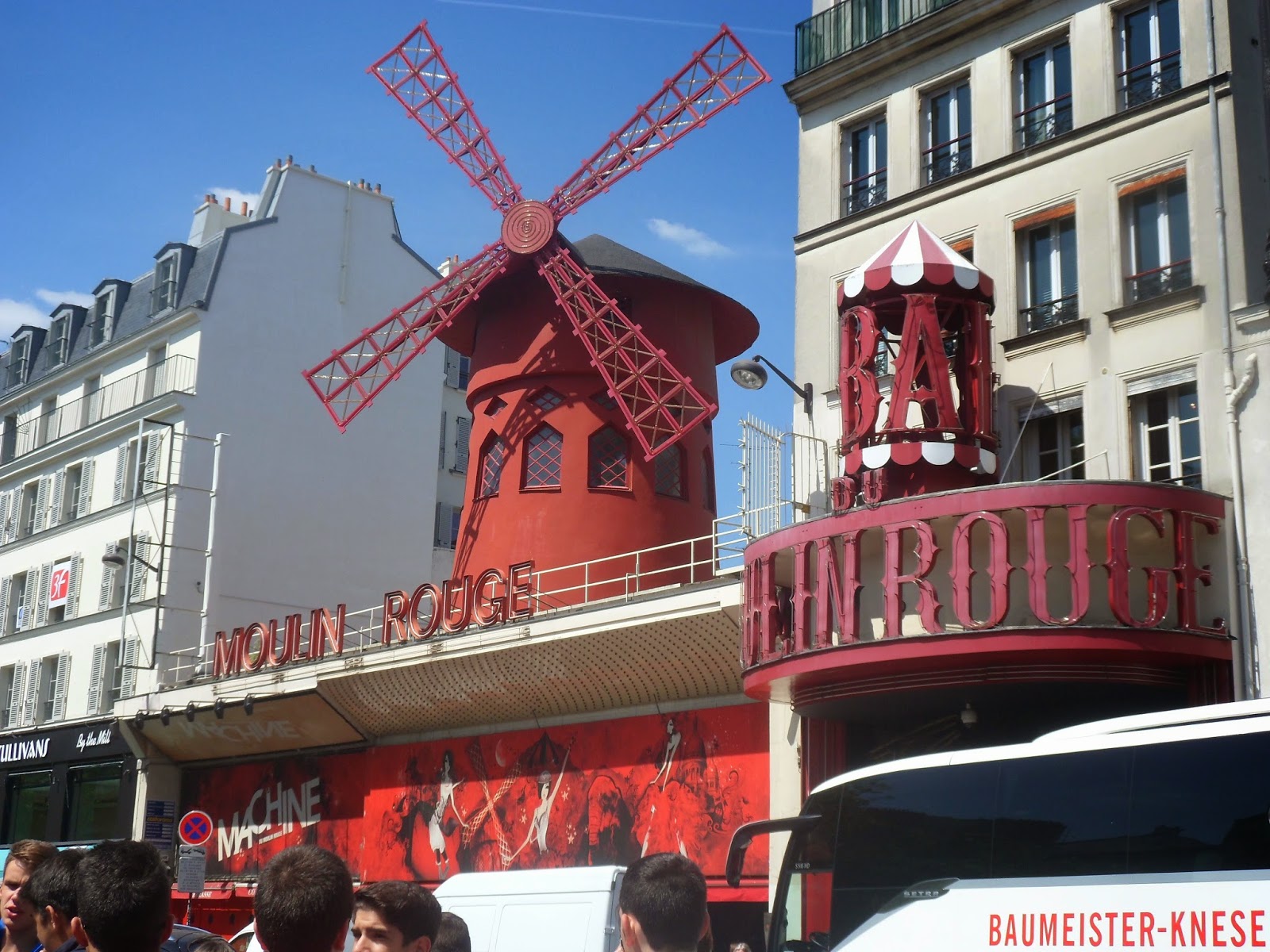 Our last stop of the walking tour was le Moulin Rouge, and then we all went our separate ways. I was going to take the metro back, but then one of the staff pointed out to me that I live just down the street from le Moulin Rouge. I'd had no idea! So I walked.

My plan was to chill for a couple of hours and then go walk around a bit. But my feet were hurting and it felt so good to have escaped the hustle and bustle outside that I just decided to stay in. Once a homebody, always a homebody I guess. But I was determined to be somewhat productive at least. I uploaded photos, edited blog posts, did a little research on places I'd like to go in Paris, and planned on what I'll do tomorrow.

After 4 hours or so I decided to watch some TV and I happened upon a show on France Ô called "C koi ta zik?" ("C'est quoi ta musique?"). It's basically like "Name That Song". The host selects two people who are fans of the same artist to battle it out in public, guessing the titles and/or performers of songs that he plays. Whoever wins get to meet said artist. Shortly after that show went off Roland arrived. This was my first time seeing him since Wednesday. He joined me in the TV room and we chatted a bit. What I like about Roland is that he is very wise and understanding. When I first got here and he was showing me around the neighborhood, he said to me, "The best way to learn French is to speak it. You needn't stay in your room all the time but rather interact with us and other French people. Even if you make mistakes, that's ok." Today we talked about cultural differences and he said, "If you feel like you can't understand everything about French culture, don't worry. Getting to understand another culture is difficult for everyone and is almost never complete." 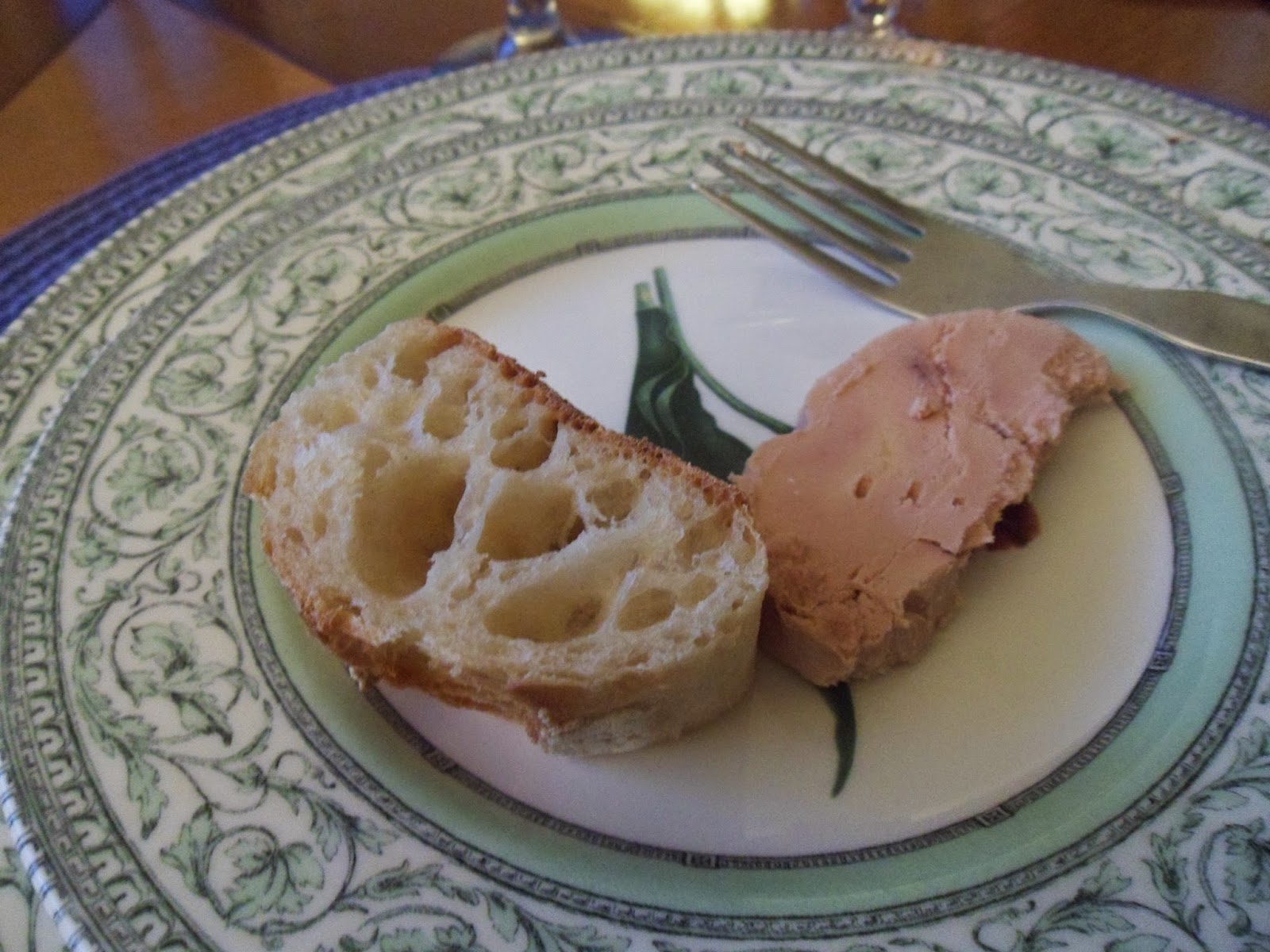 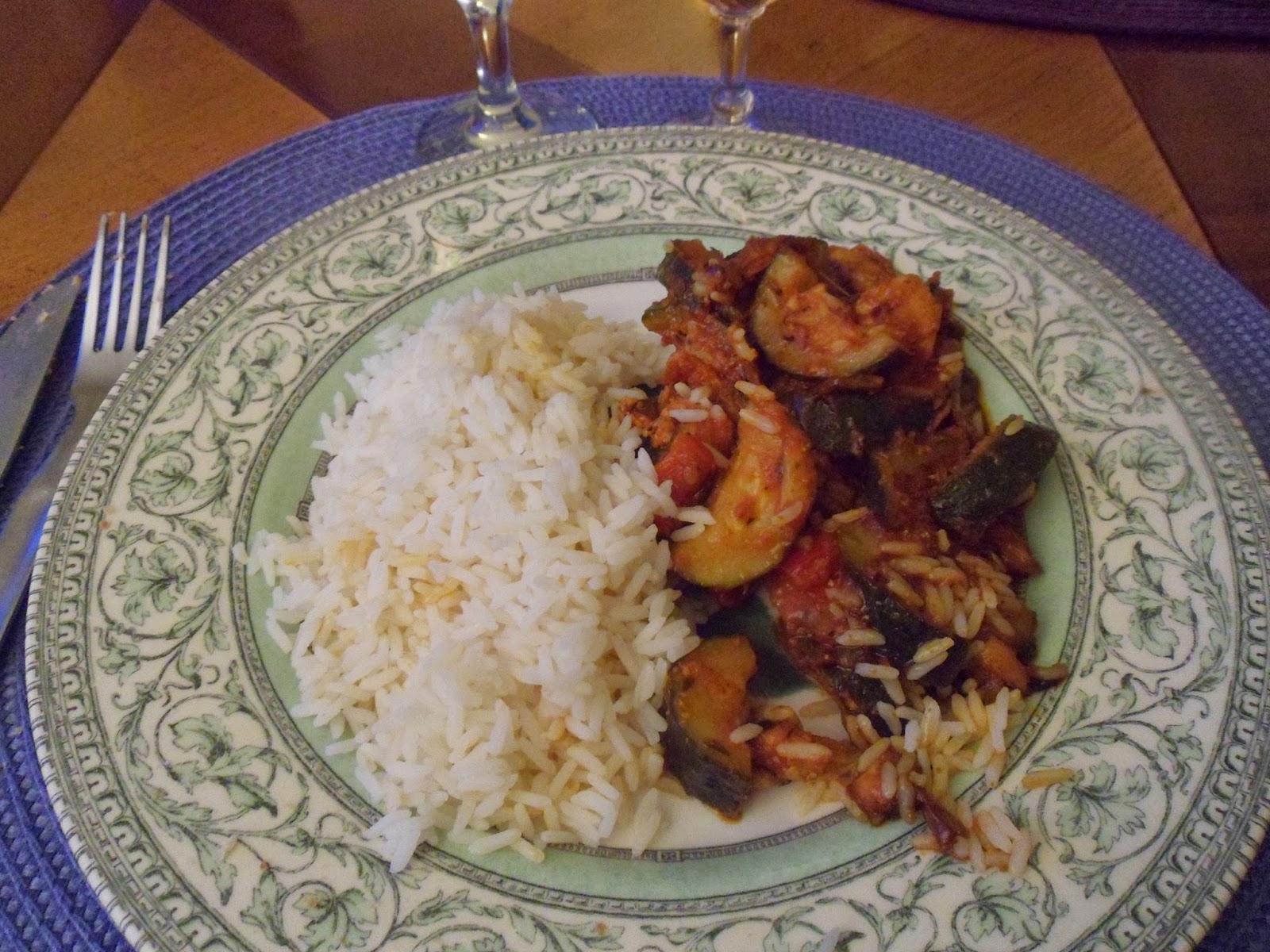 Now I'd planned to wait until 8pm and eat my overpriced packaged sushi for dinner. But then to my surprise, two of R-M and R's longtime friends came to have dinner, and I was invited to join them. So this evening I had my first real dining experience with French people! There were six of us altogether, including M. For the most part I just listened to their conversations and tried to follow the etiquette that they demonstrated. I kind of mentioned this before, but I'm impressed by how kind, good-humored, and open my host family is. They're simply great people. And the food! It was simple but very filling. I especially enjoyed the foie gras and the ratatouille.

Tomorrow I'm off to two exciting events that I'll wait to tell you about until tomorrow night. One of them I've already mentioned in an earlier post. But can you guess what the other one is?