First day of class + a tour of Montmartre (Friday pt. 1)

Since I got up earlier today, I was able to sit and have breakfast with R-M and M before we each headed off. M left first, leaving R-M and I to talk. Well she talked, I mostly listened and tried to interject with comments that sounded coherent and intelligent. R-M told me about her work; about her family history; about how difficult it's been for immigrants to become accepted in France (with economic crises comes heightened racism and xenophobia); about how many African/North African contributions to the French WWII effort still remain unrecognized; about how various immigrant and minority communities in various countries have chosen to seclude themselves away from/outside of the dominant culture for fear of being controlled or destroyed; about how there's a connection between poverty, fatherlessness, and delinquancy and so on. I had to run to get to class on time, but before leaving she recommended that I check out a relatively new yet thought-provoking Belgian artist called Stromae. He's hot stuff in Europe right now. 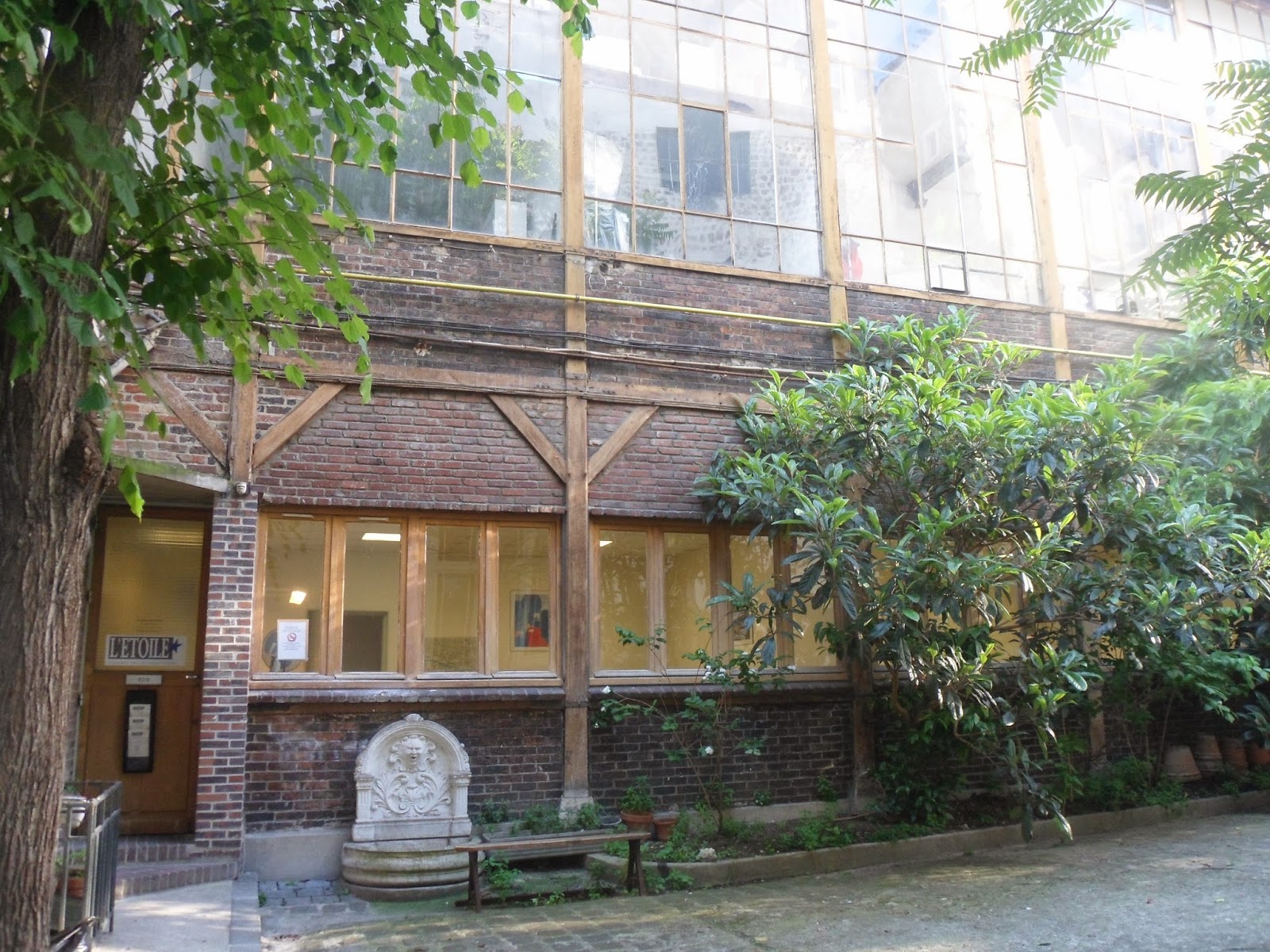 On to my school for my first day of class. The three of us in my program were joined by two other students who've been studying at the school for a while. One is Korean, the other is Japanese, and both are young women who have been living in Paris for the past two years. Since today was Friday, rather than studying grammar we had a guided discussion about art.

What's interesting about my school's location is that it sits beneath and next to parts of a fashion house called Maison Rabih Kayrouz. I don't know much about this brand or how popular it is. But I'd never been that close to a fashion house before, so it was very exciting to watch its employees coming and going through the courtyard and to catch glimpses of design samples on the second floor. Much of the staff is in their 20s or 30s, and they have an in-house kitchen that cooks restaurant-quality meals on the spot (no need to go out for lunch). I only know all of this because I and my two fellows were sitting in the courtyard watching observing them during their lunch break. 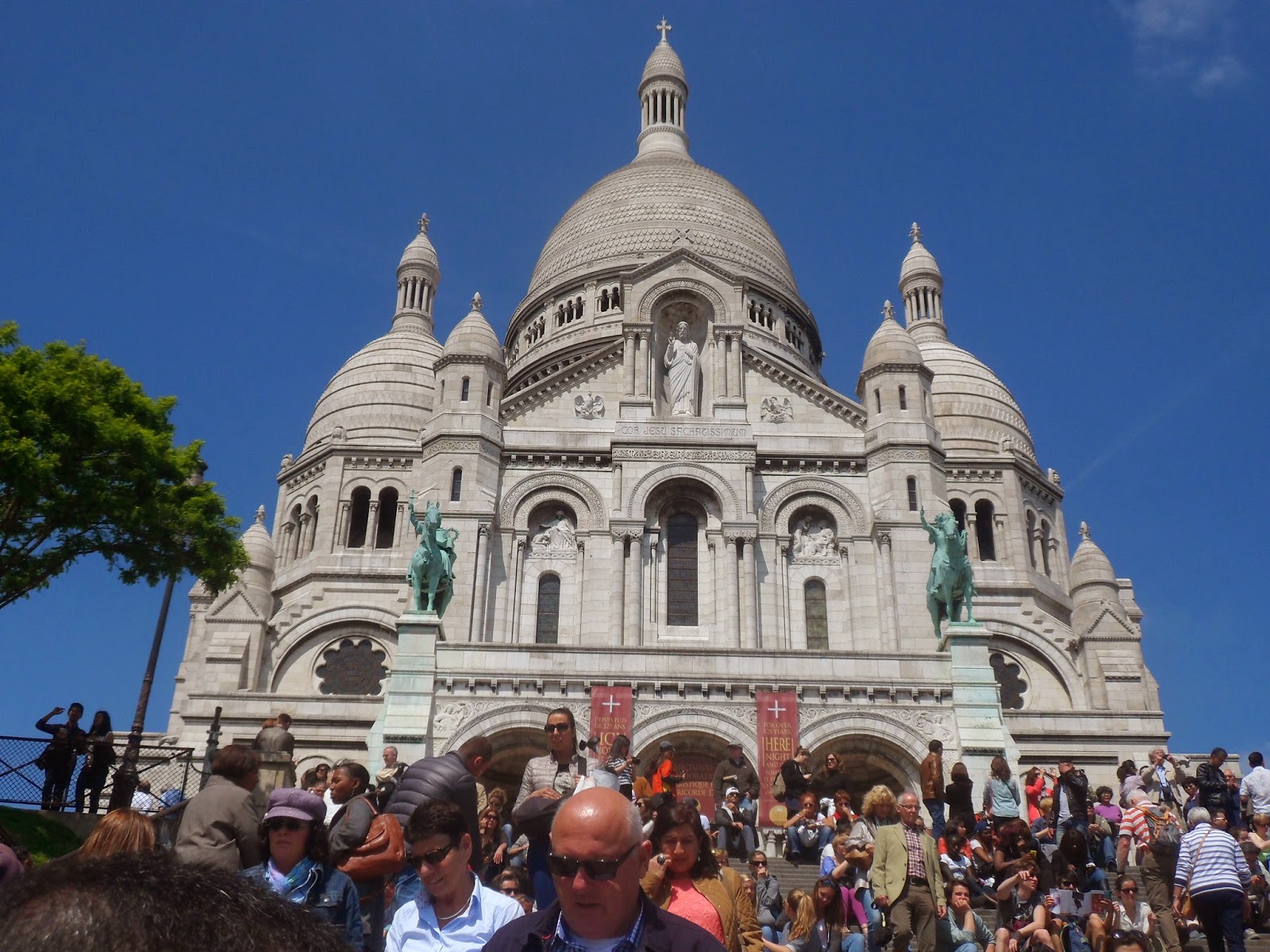 After class we met up with two of my program's staff members who then proceeded to take us on a tour of an area of the city called Montmartre. Montmartre has a history of being very hilly, very artsy, and looking a little more traditional than other parts of Paris. (For the longest time, Montmartre was its own village until Paris annexed it.) This tour proved to be pleasant, as the weather was beautiful and we got to see a number of famous sites and statues. One of said sites is la basilique du Sacré-Cœur. It sits high upon a hill that overlooks the city, so you've got an enormously grand church  in front and a spectacular view of the city behind you.