Today I visited le Château de Versailles with the other people in my program. It was an outing that the program had arranged before we arrived in France. We took a train from Paris to Versaille, walked to the château, then went exploring in it for a couple of hours. We were supposed to visit le Jardin de Versailles too, but I'll tell you how that went in a second. 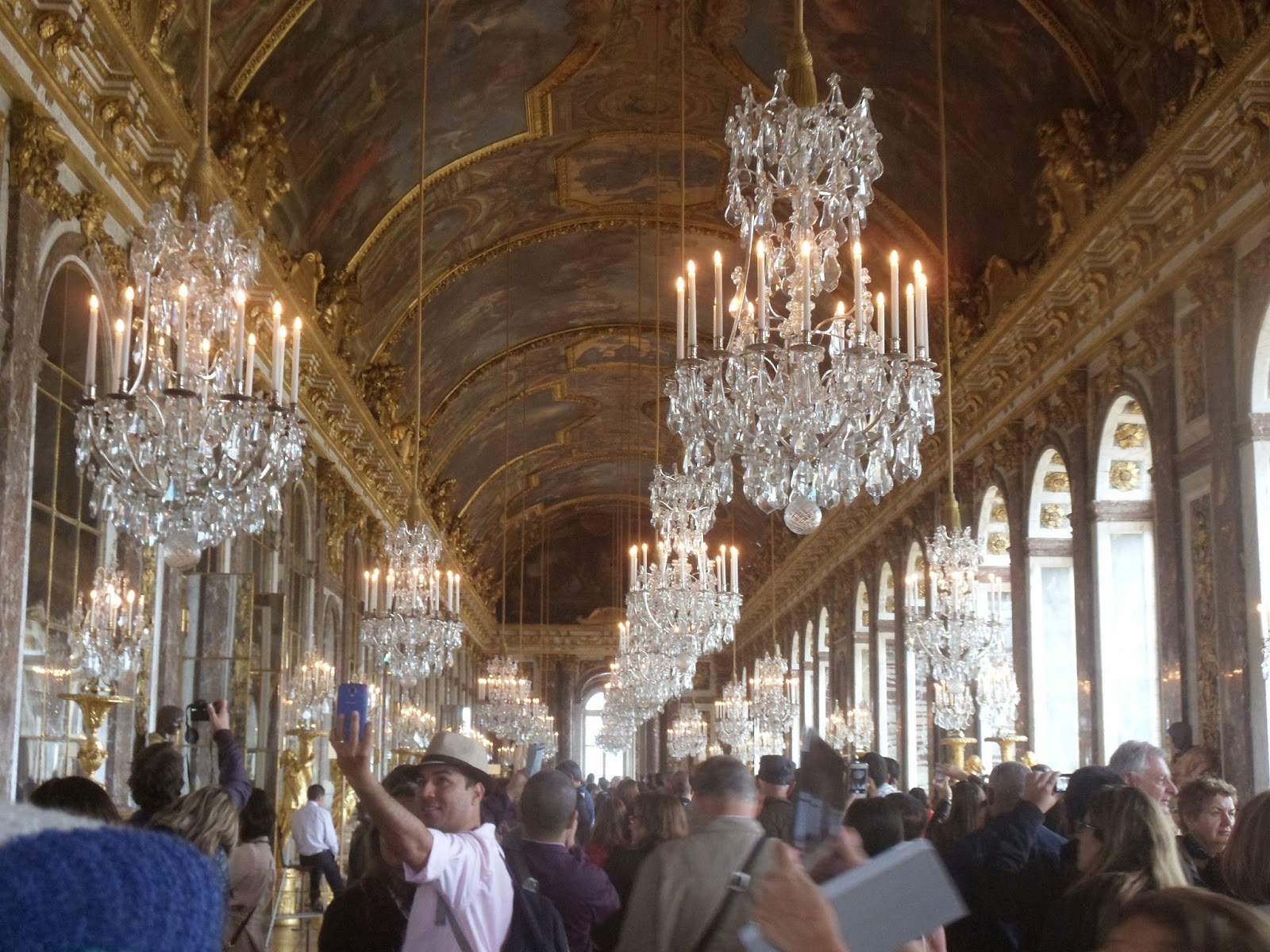 The château is enormous and beautiful and historic and so on. Sorry, I really can't describe it any differently than I'm sure tons of people already have. It is definitely a sight to see. Le Château de Versailles is known primarily as Louis XIV's (the Sun King, the absolute monarch) castle, and looking around I just kept thinking, Wow, the royal court and family must have really lived it up here. And they must've had a lot of money and time on their hands. See the photos for yourself. As to be expected, the place was full of tourists from all over the world. Judging from the languages I was able to make out, there were visitors from France, Spain, Portugal, Korea, China, and the US. I'm sure there were many others though. 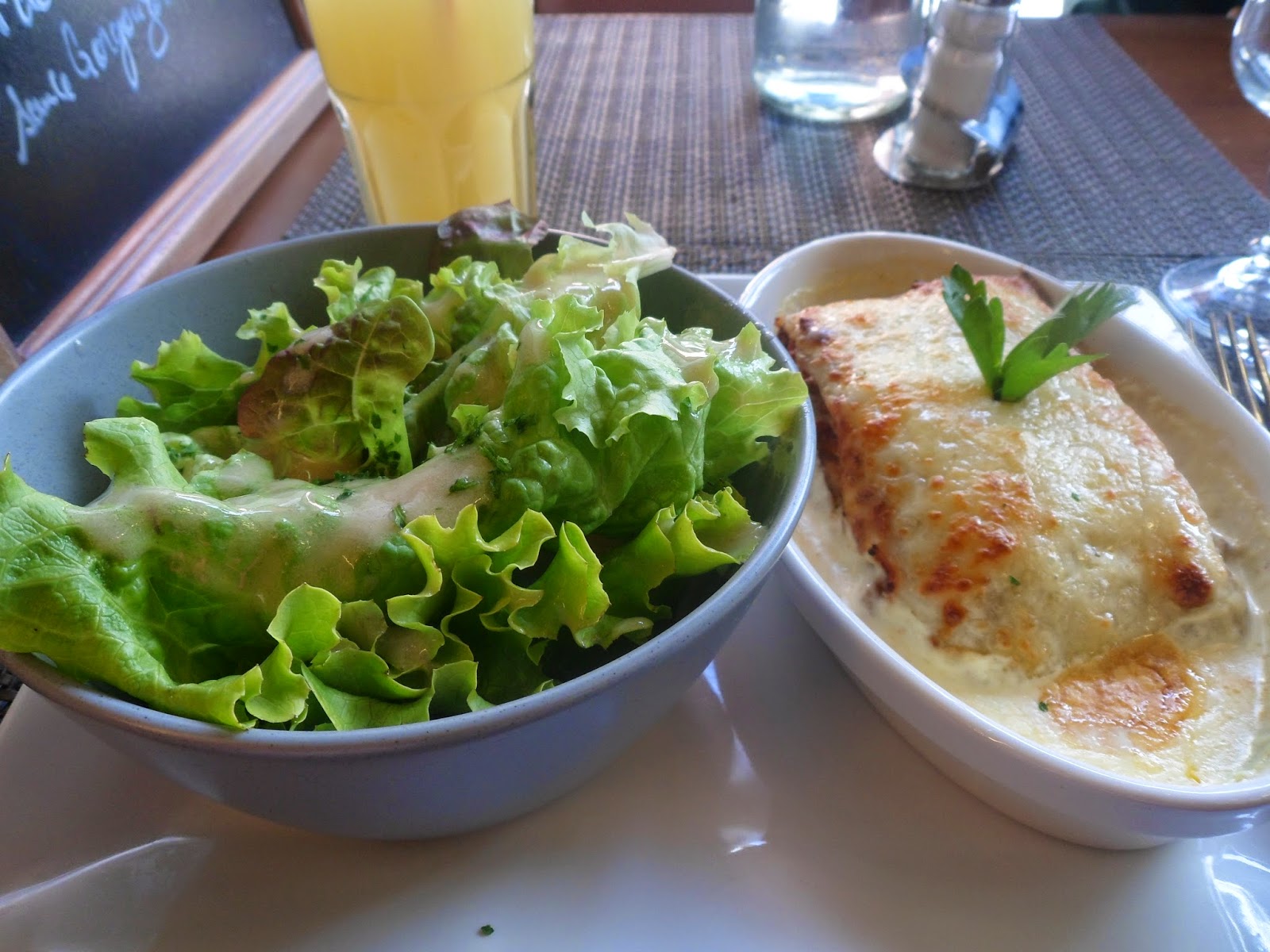 Now, about the garden. We got our tickets to enter (you need one ticket to enter the castle and a separate one for the garden), and E and H went in ahead of me while I went in search of a restroom. When I came back they met me at the entrance, and we all left the castle grounds to find something to eat. We opted for a restaurant called Le Lyautey, and I ordered lasagna with a green salad and pineapple juice. I don't know why the reviews are so lackluster for this place; everything I ate was delicious. No doubt all food tastes better when you're starving, but for real, I was surprised by how delicious it all was. And the portions! That's one of the things I've come to appreciate most about
France. When you order food, you get just enough. The purpose of eating is to be satisfied, not to stuff yourself silly.

After finishing our meals we returned to the garden and I kid you not, we were there all of five minutes when it started raining. Now that didn't bother me much, but apparently E and H were allergic to wind and water, because they insisted on walking back to the station to return to Paris. And I didn't want to have to go back alone, so I left with them. I was so frustrated and disappointed, though I tried not to show it. I paid for château AND gardens, we all did! Not going through le Jardin de Versailles meant not only missing an opportunity to experience more beauty and history, but it also meant wasted money. And sure I have time to go back to Versaille to see the gardens, but the point is that I don't like wasting money. I don't Ma don't got it like that! And what do you know, by the time we pulled away from the train station, it had stopped raining. Quel dommage. 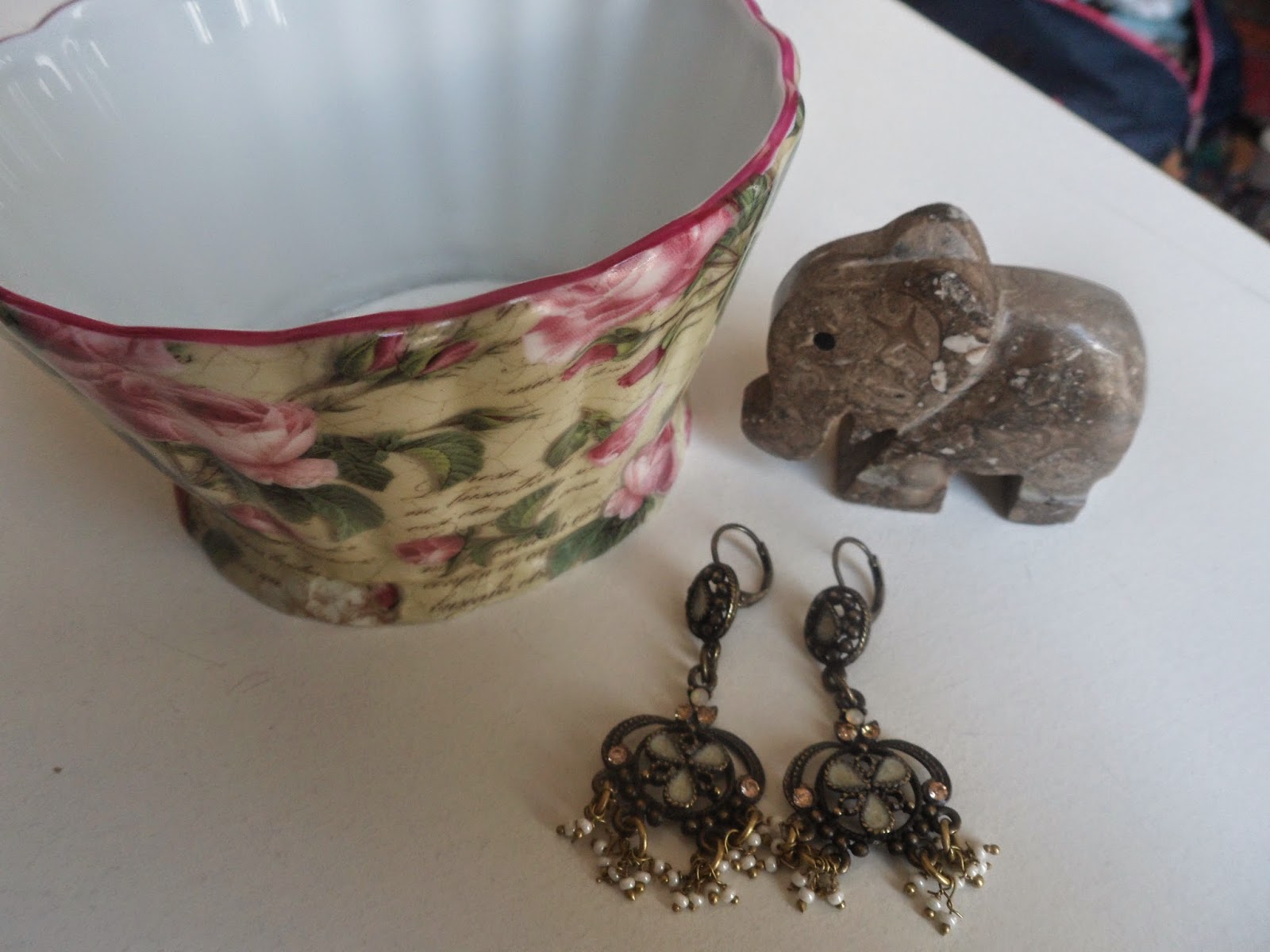 But! With bad always comes good, immediately or eventually. When I got back to the apartment my host mom R-M was cleaning and going through the hundreds of random things she has, and she kept giving me stuff. She gave me a pair of earrings, some rare ceramic thing made in France, and a carved elephant figurine. When she was done she said, "Sometime while you're here you need to tell me what kinds of things you like, so I can tell you where to get them. Or I could just give them to you, you know I have so much stuff here, it's no big thing." I was surprised, confused, and thankful all at the same time. Haha.