Well, what do you know? Look at me writing two book reviews in one month! For the holidays I've been chilling in Louisville, and my only real goal for these last few lingering days of December has been to write another book review before "this year" becomes "last year". So here I am doing just that! This review features two novels, each of which I read cover-to-cover in two days, and one of which is the last book I'll be finishing in 2021. Both of them were written by Black women and both contain romance in varying degrees of graphic detail. First up is a very NSFW romance novel about a polyamorous relationship that forms between three Black 30-somethings who've lost their significant others in the same murderous incident. And then, a collection of stories about Black Southern women who grew up in church yet find themselves bucking tradition in favor of desire, self-discovery, and doing what they want simply because it feels good.
Harbor by Rebekah Weatherspoon 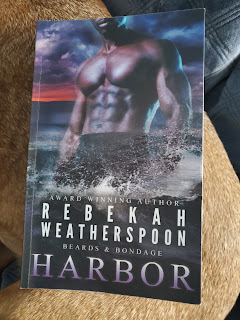 "But none of that is going to happen 'cause as it turns out this motherfucker was cheating on me... and I can't even take this giant diamond ring off my finger and throw it in his face, because he's dead" (15).
"I can want good things for myself. I can want real happiness. I can want whatever the fuck I want. If I want sex to be a part of my life again, why wouldn't I want it to be good? No use in wishing for mediocre" (71).
"On top of that, she's a plus-size Black woman. How many times a day do you think she's getting some messaging that she's undesirable? Fifty? A hundred?... So, I think it makes sense that if we want her to be with us in any long term way we prove to her that we aren't using her and that her needs and her very real fears are being met" (151).
"Trust me. It's part of the process. You've done the mourning. It's time to do something stupid. It's another signpost on the road to better health" (205).
"You don't have to apologize for getting off" (210-211).

The Secret Lives of Church Ladies by Deesha Philyaw 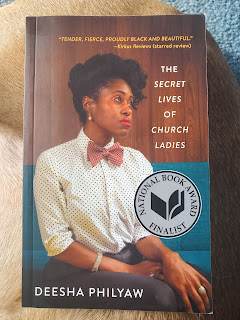 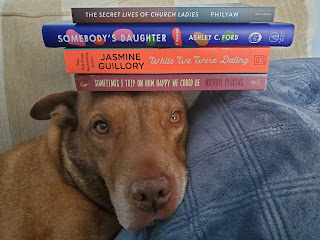 If you've ever questioned the faith you were raised in (especially its rules about what women and girls  should or shouldn't be doing), longed for someone to love you back, wanted to act on your desires without being judged, or if you want to read these stories before they're adapted into an HBO show written and executive produced by both Deesha Philyaw and Tessa Thompson, then read this book!
Favorite quotes:

"Do you think God wants you, or anybody, to go untouched for decades and decades? For their whole lives?... all those women at church who think they have to choose between pleasing God and something so basic, so human as being held and known in the most intimate way. If God became human once [then] why would he make rules that force such a painful choice?" (9-10).
"Closed mouths don't get head!" (25).
"'So you don't have to worry, anymore, Mama,' I said, 'about me wanting to be anything like you. I swear, my life won't be anything like yours. Because it will be sweet, and it won't be crumbs'" (74).
"I say all of this to say that sometimes wheels are set in motion long before the spark is manifest. Is that the same thing as fate? I don't know, but I do know that rare, brilliant events take time" (113).
"You, the infantilized husbands of accomplished godly women, are especially low-hanging fruit. Ripe for the picking with little effort on my part... I build monuments to my impulses and desires on the backs of men like you" (146, 153).
"You're not a nobody, Mama... You're... someone who can't give me what I need. But you're not nobody" (174).