It's Halloween, it's the end of the month... it's time for me to write a new book review before 'Insecure' comes on tonight (S5E2) and October is completely over! My two selections for this month include a book of my mom's that I read in middle school (I think?) and re-borrowed this month to read again, and a book whose April 2021 US release date I eagerly awaited for months, to the point that I almost paid an exorbitant amount ordering the UK version so I could read it sooner. Both reads are written by Black women, and while only one of them is a through-and-through work of romance, both center around love and have romantic elements in them. First up, a novel about a Black thirty-something L.A. businesswoman in the early 2000s whose faith and already-rocky engagement are jeopardized after she's assaulted. And then, a short story anthology based on ancient myths from multiple countries, tenderly and daringly recast in a modern, mostly twenty-something, mostly Black British context.
Joy by Victoria Christopher Murray 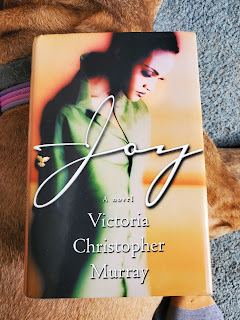 "'Dear God,' he whispered, not having the strength to talk louder. 'Dear God, please, please...' He didn't know what else to say, but, for some reason he was sure that God would fill in the blanks" (198).
"You can scream, you can yell, you can kick, you can break down—do anything that you have to do. You have people who want to help you through this" (228).
"Believe me, I have my moments. I feel like I'm in the middle of a tight circle surrounded by every emotion possible. Two steps in either direction, and I could become angry, or depressed or sad. But I'm hanging right there in the center" (240).
"The sky was the color of serenity, and as brush-stroked clouds glided aimlessly across the blue canvas, Anya sighed... 'I wish our life was like one of those clouds, where we could wander through without care'" (314).

Love in Color: Mythical Tales from Around the World, Retold by Bolu Babalola 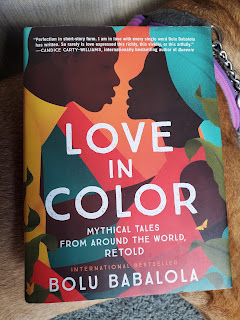 "[I will] Slap the clouds to make them cry so your rivers will always overflow" (18).
"Thisbe had a sharp mind and a cushy body" (209).
"She deserved something hearty and healthy and filling, she deserved something that would overflow out of cupped hands, she deserved to be scooped up and loved on. She wasn't going to be anybody's dirty little secret" (211).
"Try not to fall in love with someone passionately dedicated to their craft, because after they've broken up with you, you will still be impressed by them. You may find yourself unable to distinguish between your feelings of professional admiration and feelings of a deep and irrevocable love" (234).
"Hope, innit. That's not a bad thing. It's not a character failing" (262).