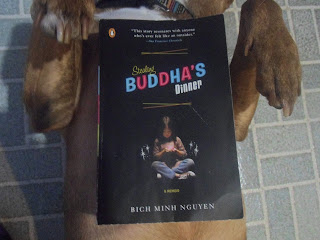 Grand Rapids is much like Ann Arbor, Ferndale, Royal Oak, and gentrified areas of Detroit in that it has a reputation as being one of the "hippest" places in the state. It's attractive, it's changed over the years, and it gets a lot of credence since it's the largest city in west Michigan. But apparently it's also very conservative and can still be a tough place for people who are considered too different. It was so for Nguyen in the '80s, and it has been so for one of my college friends, a young, Black, first-gen American, LGBTQ woman my age who grew up there and now lives in NYC. (Love you, Salem!) But this is Michigan after all, so perhaps Grand Rapids is merely emblematic of the state itself. That's another discussion for another day. My point is only that Nguyen's delayed arrival at self-awareness and acceptance is understandable given her surroundings.

I also can't forget to mention Nguyen's ability to demonstrate the bond between consumerism and whiteness. The 1980s saw a huge boom in both advertising and consumer trends, and as an impressionable child Nguyen used popular food/food products, television, and music to try and gain proximity to perceived normalcy and perfection. The title Stealing Buddha's Dinner refers to an incident when Nguyen tested the power of Buddha by stealing a plum from the altar that her grandmother set up, and waited to see what consequences would follow (none did). It represents not only her challenging religious convention, but also testing the other tenets that frame her young life: Vietnamese-ness, American-ness, family, what it means to be a good kid, what it means to be beautiful, girlhood, coolness, and the taboo of confronting the past.

If you are interested in reading about Vietnamese culture and food, refugee experiences, blended families, 1980s American pop culture, Grand Rapids history, or young outcasts, then read this book! 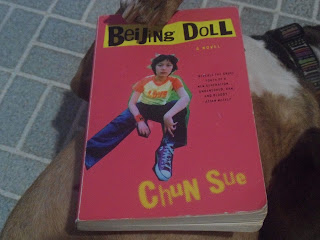