Wow. It's been a whole entire six months since my last J-drama review. Honestly I have no excuses, other than that after trying a few, I only came across three dramas this year that I could stick with, and I literally finished the third one yesterday. Suffice it to say that I've been taking my time, perhaps dragging my feet, whatever you want to call it. But the summer broadcast season just started, and I didn't want to leave this review undone before starting my summer selections. So here goes! The first two dramas were viewed without subs at first and then with English subs, and the last one was viewed on Netflix with Japanese subs. In the order that I started them: 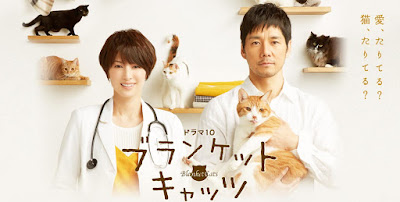 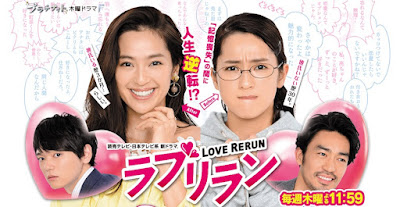 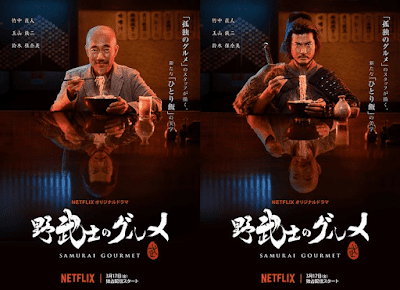 I appreciated all three of these dramas in their own way, but if I had to choose a winner this time, it'd be a tie between 'Blanket Cats' and 'Samurai Gourmet'. 'Samurai Gourmet' is sweet, occasionally silly, and visually captivating, but 'Blanket Cats' has a ton of heart and probably would've been the overall winner if only there were more than seven episodes. As always, I'd encourage you to try them all!
Posted by Deela (Danielle G.) at 11:37 PM No comments:

BOOKS! (Talking to Ourselves + Forbidden Tears)

I'm back! Been working on a new project since May (more on that later), which means that I took longer to write this review than I meant to, but no matter! I'm back, I'm still reading, and now it's time to write! This week I have a book that was indirectly recommended to me by educator/photographer/singer friend from college, and a student-authored collection of writing that was published by another college friend.

Talking to Ourselves by Andrés Neuman 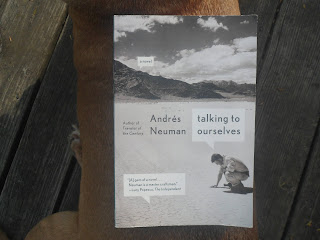 Set in Spain, this novel recounts the last few months of a man named Mario's life, as narrated by his 10-year-old son Lito, his wife Elena, and Mario himself. Mario is a truck driver, and the book opens with him finally making good on his promise to take Lito with him on a long-distance delivery. Elena is devastated by Mario's decision, because Mario is dying from cancer. Lito is unaware of this, and Elena doesn't want her husband and son to risk being in danger, but Mario is determined to leave his son with happy memories and takes Lito anyway.

We are led to understand that Mario's narration is recorded from his hospital bed after returning from the trip. Elena is a would-be academic researcher who now works as a high school teacher, so her recollections are written down. However, it's not clear what medium Lito is using to get his thoughts out. They are each talking to themselves in their own way, not sharing these thoughts with others, except for when Elena listens to Mario's recordings after his passing.

Elena is the most verbose of the three and also shoulders the most responsibility as mother, wife, caretaker, and then grieving widow, so her voice comes through the strongest. From her we get a multitude of opinions regarding not only her family and death, but also literature, the ill, caretakers of the ill, beauty, sex, youth, women in academia, and her personal insecurities. Because of certain decisions she's made, Elena occasionally confesses to feeling unworthy of love and even life itself. But she keeps pushing through out of a heavy mixture of love, guilt, and duty. Meanwhile, Lito is imaginative and confused, his confusion gradually morphing into aggression. And Mario worries for all that he and Lito will miss out on when they no longer have each other.

If you enjoy reading multi-perspective narratives, family dramas, or literature-based discussions of grief, then read this novel!


"Son, he says, there are lots of things about work that make no sense. That's what they pay us for, do you see what I mean?" (7).

"Now I think that deep down, because it seemed to me his body was more admirable than mine, I was constantly wriggling away, choosing my best side, half-posing. With Ezequiel I allow myself to be plain. Vulgar. Ugly. Excitingly ugly" (38).

"in short, advice isn't much use, if you disagree with it you don't listen, and if you already agree you don't need it, never trust advice, son, travel agents advise you to go places they've never been" (122). 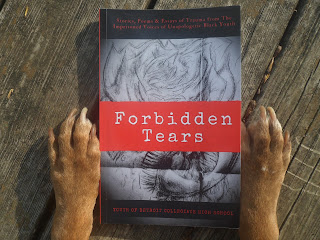 I met Sirrita Darby while we were both students in James Madison College at Michigan State University. She went on to become what she calls a "social just educator" in Detroit, where she not only teaches English to high school students, but also encourages them to address their pain through various means of expression and healing. One of those means was this book! Sirrita noticed that in many ways and for various reasons, her students weren't being listened to at home or at school. Furthermore, she observed that Black kids are often not allowed to show their emotions or cry when they're in pain, so she encouraged her students to let these "forbidden tears" out through their writing. The result is Forbidden Tears. Sirrita edited the book and wrote the foreword, but other than that, it's comprised completely of poems and essays written by teenagers.

Depending on a reader's preconceptions, some of the themes may not be surprising: concerns for survival, fear (of the police, violence in their neighborhoods, and the future), racism, anger, lack of belonging. And while some topics are particular to this age group, much of it is still relevant to grown-ups. Personally, my heart hurt when reading from some female students about their strained relationships with their fathers, because I've been in their shoes. These girls are so young, and yet they've already been let down so many times and are tempted to trust no one and question their worthiness. But at the same time, these students' writing radiates so much light! There's immense pride in being Black youth from Detroit, self-awareness, love and gratitude toward the people who stepped up, and even quite a few laughs. These are not merely kids. These are young people who are just beginning to flex their intellectual muscles and use their voices. Forbidden Tears is a quick read, but it's not to be taken lightly. Plus there's a healing mantra at the end that can be helpful to any and all readers.

If you enjoy literature written by (Black) youth, have any interest in or connection to the city of Detroit, or simply want to be more informed about the needs of students and educators, then read this book!

"Roses are Red, Violets are Blue, Malcolm X dead because of these fools"
(from "Nothing But The Real" by Alexis Hailey)

"What if in those dark nights, you can't find your brighter days? What if in those brighter days there comes a darker night? What if those darker nights come even worse days?... you can't always get through a dark day with a fake and convincing smile... what if it keeps raining and the sun never shines. What are you supposed to do? Who are you supposed to talk to?"
(from "For Every Dark Night, There's a Brighter Day" by Micah Barnes)