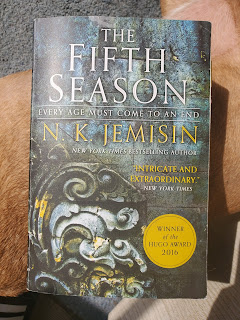 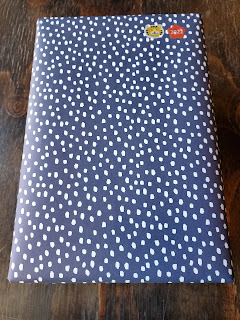 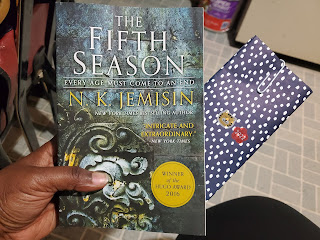 And finally, I leave you all with the last (for now) of the flurry of messages I inundated Sho with immediately after finishing The Fifth Season: "Oh, and thank you for buying me the set and convincing me to give this trilogy a try. It's taken me nine months to read the first book because I was apprehensive about not understanding things (because sci-fi/fantasy) and was slowly getting used to the world of TFS, plus the tone of it is pretty dreary at times. But once stuff started popping off after Syen accidentally pulled that obelisk out of the sea and it shattered, the Blackness and the queerness started REALLY jumping out in earnest, and I realized that D/S/E might be (are in fact) the same person, I was like, 'OH! We're cooking with grease now! I'm locked in!' Haha." What else I gotta say? Read this book!
Favorite quotes: