BOOKS! (Running in the Family + Citizen)

We're getting so close to the New Year! There are three days left in 2016 after today, and this will be my third-to-last book review of the year (I've got two more for books that I've already finished in the works, and another two books I'm trying to finish reading before Sunday but which I probably won't be able to write about until after 2017 has arrived). With that said, let's gone on with it! This time around, the first read is another used find, and the second is a book I bought last year while working at the store.

Running in the Family by Michael Ondaatje 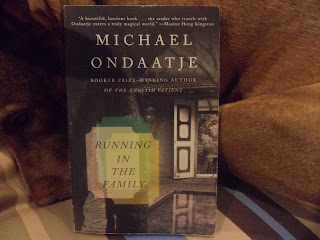 Nearly 15 years before his prize-winning novel, The English Patient (which inspired the Oscar-winning film of the same name), was published, Michael Ondaatje took two trips from his home in Canada back to his native Sri Lanka for the first time since the 1950s. This memoir contains the recollections that he had recorded during both trips, which involved re-engaging with relatives and friends, revisiting old haunts, hearing familial legends for the first or thousandth time, and gaining a more nuanced understanding of his family history, which dates all the way back to Dutch and British colonization of the tear-shaped island nation. I'd been aware that Sri Lanka was one of the areas of South Asia that had been colonized by the Dutch and the British (and the Portuguese, but I know the least about that). But the only book I'd read about such colonial exploits, written by a native of said areas, was Pramoedya Ananta Toer's This Earth of Mankind (which is a fantastically consuming novel, by the way). And that's about Indonesia; I'd actually read nothing written specifically about Sri Lanka before. Laying my hands on this book reminded me that I still have plenty to learn, so I bought it.

Through Running in the Family Ondaatje offers readers a tribute to his family and its stories, as much as he offers insight into Sri Lanka's geography, climate, and literary/political history. But what stands out most to me are his descriptions of high society (both sides of his family were considerably wealthy and well-connected through the early 1900s). The parties, the affairs, the petty wars, the drunken spectacles, the controversies, the tragedies. Ondaatje's relatives and their friends are just as messy as regular people sometimes wish rich people to be, and they neither put on airs to the contrary nor bear any shame. Though his mischievous yet beloved father's complicated legacy is the note that Running in the Family ends on, Ondaatje also doesn't forget to acknowledge that the women of his family are his main source of information, especially his numerous aunts. Women often carry the oral histories that keep cultures alive, and his relatives are no different.


"The island seduced all of Europe. The Portuguese. The Dutch. The English. And so its name changed, as well as its shape,―Serendip, Ratnapida ("island of gems"), Taprobane, Zeloan, Zeilan, Seyllan, Ceilon, and Ceylon―the wife of many marriages, courted by invaders who stepped ashore and claimed everything with the power of their sword or bible or language" (64).

"But Lalla could never be just a mother; that seemed to be only one muscle in her chameleon nature, which had too many other things to reflect... Lalla remained the center of the world she moved through. She had been beautiful when young but most free after her husband died and her children grew up. There was some sense of divine right she felt she and everyone else had, even if she had to beg for it or steal it. This overbearing charmed flower" (124-125). 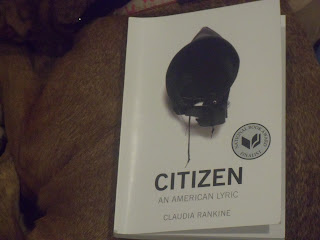 A woman named Johari Osayi Idusuyi was the only reason I knew about this book at first. I learned her name last autumn when a video of her reading Citizen at one of he-who-shall-not-be-named's rallies became an internet sensation, and that was all the endorsement I needed for this book of poetry. But know that this is not only a book of poetry; it's an art piece! One poem's text employs gradation to symbolize the seemingly unending erasure of Black lives. Another poem layers still images of the 2006 World Cup with selected quotes from a handful of notable utterers, suggesting that European racism toward people of Arab descent isn't divorced from anti-black racism. And numerous photos and art reprints are planted in between her poems, including an infamous American lynching photograph in which the dead black man hanging from the tree is removed, and the white spectators crowding beneath him have now become the object of spectacle.

Rankine is not only concerned with the historical aspect of racism, the reality that we as Black people in America will never be able to detach ourselves from the trauma and enforced limitations thrust upon our ancestors. She also takes up the daily lived experiences of racism, the subtle and unsaid ones, the ones that set off our intuitions and yet plant doubt in our minds―in other words, microaggressions. If you do not know what microaggressions are or don't quite understand how they play out in real life, let the multiple examples that Rankine provides be a resource for you. Citizen is a literary work that as many different sorts of people as possible should read, but it's also clearly an affirmation to Black people (and all people of color to a certain extent) that we are not crazy, that we are not imagining things, that our thoughts and feelings are not wrong.


"To live through the days sometimes you moan like a deer. Sometimes you sigh. The world says stop that. Another sigh. Another stop that. Moaning elicits laughter, sighing upsets... truth be told, you could no more control those sighs than that which brings them about... That's just self-preservation... The sighing is a worrying exhale of an ache. You wouldn't call it an illness; still it is not the iteration of a free being." (59-60).