These two were part of one of my recent used book sale indulgences, and since they were both short and I've been determined to boost my numbers before year's end, I read them both fairly quickly. As such, I figured I'd review them together. New books, new review, new book model!

Darkness Invisible: A Memoir of Madness by William Styron 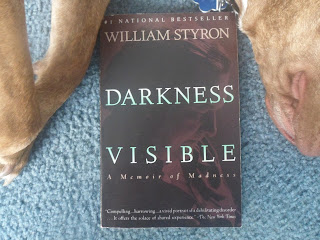 I am fairly young and there remains a vast array of literature that I've yet to become acquainted with. Yet and still, thanks to the experiences I have had as a reader, I have little lists or libraries in my head of books I'd recommend to people if they ever asked me for suggestions on learning about this subject or that subject. Darkness Visible is one that I would definitely recommend to anyone wanting to learn more about what depression feels like. Take last year's Boy Meets Depression by Kevin Breel, for instance. Not a stellar book but a vulnerably humble and honest one, whose merit lies in his descriptions of what it feels like to be fighting with your own mind day in and day out. Darkness Visible offers similar insights from William Styron, who's perhaps best known as the author of Sophie's Choice.

In this extended essay Styron attempts to articulate his understanding of the illness based on his own experiences in the 1980s and his observations of fellow writers, many of whom famous and personal acquaintances of his. He has the added perspective of having spent many years on both sides of the topic. Styron used to be someone who had never been depressed and thus couldn't possibly comprehend it (he is adamant about this point). Now, having crawled through his own internal torment and distortion at the time of writing, he understands its magnitude so intensely that he calls depression a grave disease with as much fatal potential as diabetes or cancer.

Unfortunately, despite how serious depression is, no one seems to know exactly where it comes from or how to heal it. There's no formula and no tried-and-true easy fix. At least this is the conclusion at which Styron has arrived after seeing a therapist, being hospitalized, and doing a heap of research on his own. None of the conventional methods or medications worked for him so much as a little time a lone, a break from the busyness and demands of his life. Rather than implying that treating depression is a hopeless cause, he simply upfront about the reality that how the illness manifests itself and the extent to which it can be treated successfully depends on the person. And unfortunately a lot of it is still up in the air, as depression continues to pose a quandary to sufferers, bystanders, caretakers, and medical professionals alike.

"In depression this faith in deliverance, in ultimate restoration, is absent... If there is mild relief, one knows that it is only temporary; more pain will follow. It is hopelessness even more than pain that crushes the soul. So the decision-making of daily life involves not, as in normal affairs, shifting from one annoying situation to another less annoyingꟷor from discomfort to relative comfort, or from boredom to actꟷbut moving from pain to pain. One does not abandon, even briefly, one's bed of nails, but is attached to it wherever one goes" (62).


The House on Mango Street by Sandra Cisneros 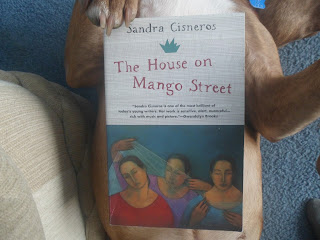 When I used to work at a bookstore we always had this novel on display and in ample supply, especially during back to school season since it's a mainstay on reading lists at various academic levels. I'd been curious, but not enough to rush to by it. When I found a couple copies lined up at a local library book sale, I figured Welp, looks like this is my chance. Drawing inspiration from Cisneros' childhood growing up in the hood in Chicago, the novel is narrated by an adolescent girl named Esperanza Cordero who's one of many Latino residents on Mango Street.

Esperanza lives in an unremarkable house, claims to have no friends, and feels so underappreciated and misunderstood that she writes stories to escape the immense loneliness and dissatisfaction she feels toward her neighborhood. She often expresses a searing and unrelenting desire for solitude, home, belonging, control, a place to hide, the means to express herself and be acknowledged, the ability to be somewhere else and someone else. As much as she dreams of fleeing, though, ironically her writings memorialize Mango Street and the people who live there, especially the women she grows up knowing. And unfortunately, the majority of young and grown women in Esperanza's life are described as being in desolate relationships with the men around them.

A number of young newlyweds are sequestered in their homes by their husbands, like Rapunzels. One of Esperanza's school friends is frequently beaten by her father for being too pretty and having the potential to run away. A new mom who has just immigrated to join her baby's father spends her days mourning the loss of connection to her home country. Esperanza seems to have one of the most functional households in the neighborhood (two stable parents, a precocious younger sister), but she is very well aware of the mistreatment and double standards that have influenced her life. Her own great-grandmother was kidnapped into marriage, and even before high school Esperanza is assaulted by men in public on more than one occasion. In a similar style to the Margaret Atwood's The Handmaid's Tale, what may be mistaken as man-bashing is actually a testimony about various forms of suffering that often go unnoticed. Esperanza is determined to create the kind of life she wants without scorning where she's come from, but not before airing out her grievances.


"Their strength is secret. They send ferocious roots beneath the ground. They grow up and they grow down and grab the earth between their hairy toes and bite the sky with violent teeth and never quit their anger. This is how they keep... They teach. When I am too sad and too skinny to keep keeping, when I am a tiny thing against so many bricks, then it is I look at trees... Four who grew despite concrete. Four who reach and do not forget to reach. Four whose only reason is to be and be" (73-74).