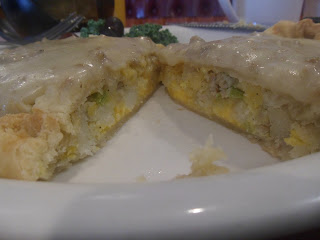 Today was the day we shipped out and bid northern Michigan buh-bye. We checked out in the morning and returned to Pancake Chef so that I could try their breakfast pasty. I'd seen it on the menu Monday morning, but in the moment I'd wanted eggs benedict more than I wanted a pasty. Like everything I'd eaten during this trip, it was delicious! It had eggs, cheese, sausage, potatoes, and some other stuff inside it, and the crust was topped with gravy. Still don't know if it was the "real thing" or have any idea what an authentic pasty is supposed to be, but it was definitely closer than what I'd had at Pastie & Cookie Co. on Friday! 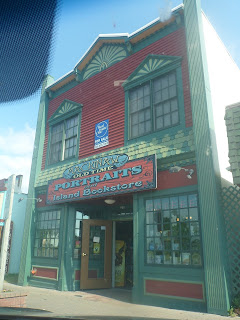 Our very last stop before heading back home was The Island Bookstore. There's one on Mackinac Island too, but we forgot to look for it when we were there. I've been a bookworm practically all my life, so I couldn't resist! Ironically, working at a bookstore last year kind of jaded me from wanting to visit them as often as I used to, so I figured I'd treat myself this time. As many things in the area do, the Mackinaw City Bookstore had its own particular quirk: it doubles as an old-timey themed photography studio! Bookstore in the front, studio in the back. Admittedly it's not something that I would jump at the chance to do, but it's a cute idea, especially considering the plethora of touristy activities available in that part of town. 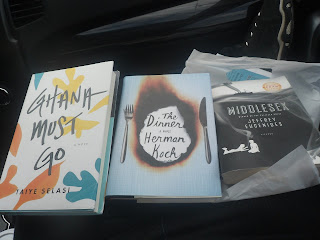 I walked in, noticed the used book section to my left with the "up to 70% off" sign, and that was all I needed to see. Instead of exploring the entire store like I'd planned, I spent our visit combing the used book shelves for interesting finds. And I found a few! While Ma left with a Tenzi game and a Mackinac Island-themed set of magnets that were to her liking, I left with two hardcovers and one paperback that only cost me $20.66 altogether: Ghana Must Go by Taiye Selasi, The Dinner by Herman Koch (which I'm currently reading), and Middlesex by Jeffrey Eugenides.

And with that, we hit the road.

It's amazing how things can turn out the exact opposite of how you expect them to. When Ma mentioned going to Mackinac Island a few months ago, I put on the best face I could but was hardly excited about it. Of course I was looking forward to making memories with my mom; she doesn't get out much and she never asks for anything, so I was determined to make this experience fun for her so that she could be happy. At the same time though, I just knew that this vacation was going to be all for her while I followed along excruciatingly bored the whole time. To my delighted surprise, I actually learned so much about myself thanks to this trip and we both had a fantastic time together. I'll write more about what I learned later, but for now I'll just say that I'm glad I didn't count Ma's idea out. Here's to our next trip, whenever and wherever that'll be. 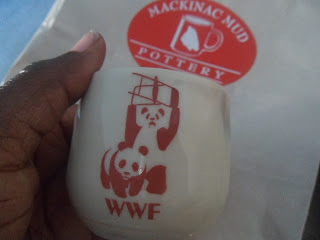 Oh wait! I almost forgot. So the one souvenir I bought from Mackinac Island is a ceramic shot glass. I don't drink at home but I just loved the joke that was printed on this cup. For those of you who were born after the 90s or aren't up on brand history, I'll explain. The WWE wrestling organization used to be called WWF (World Wrestling Federation) for the longest time until the World Wildlife Foundation/World Wide Fund for Nature sued and won the rights to use the logo exclusively in the early 2000s. Using pandas, this shot glass references both the past and present meanings of "WWF", and call me corny but I thought it hilarious enough to pay $12 for it. 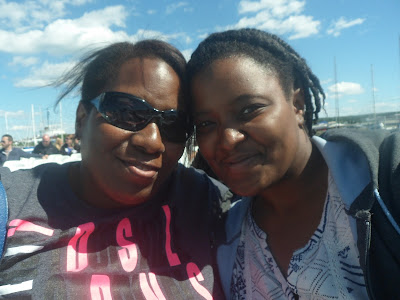