During my winter break I was able to read six books, the first which was The Sailor Who Fell from Grace with the Sea. What follows today and tomorrow will be my reviews of the other five, starting with The Namesake. I read Lahiri's Interpreter of Maladies two years ago and was awed by her way of vividly yet succinctly portraying human experience and intentions, especially in regard to culture and cross-cultural situations. I bought a copy of The Namesake a while ago, and it was second on my self-assigned winter reading list. Here are my thoughts on it. Also, in case anyone is wondering, I have not seen the film that's based on this novel, so I won't be touching on it at all.
The Namesake by Jhumpa Lahiri 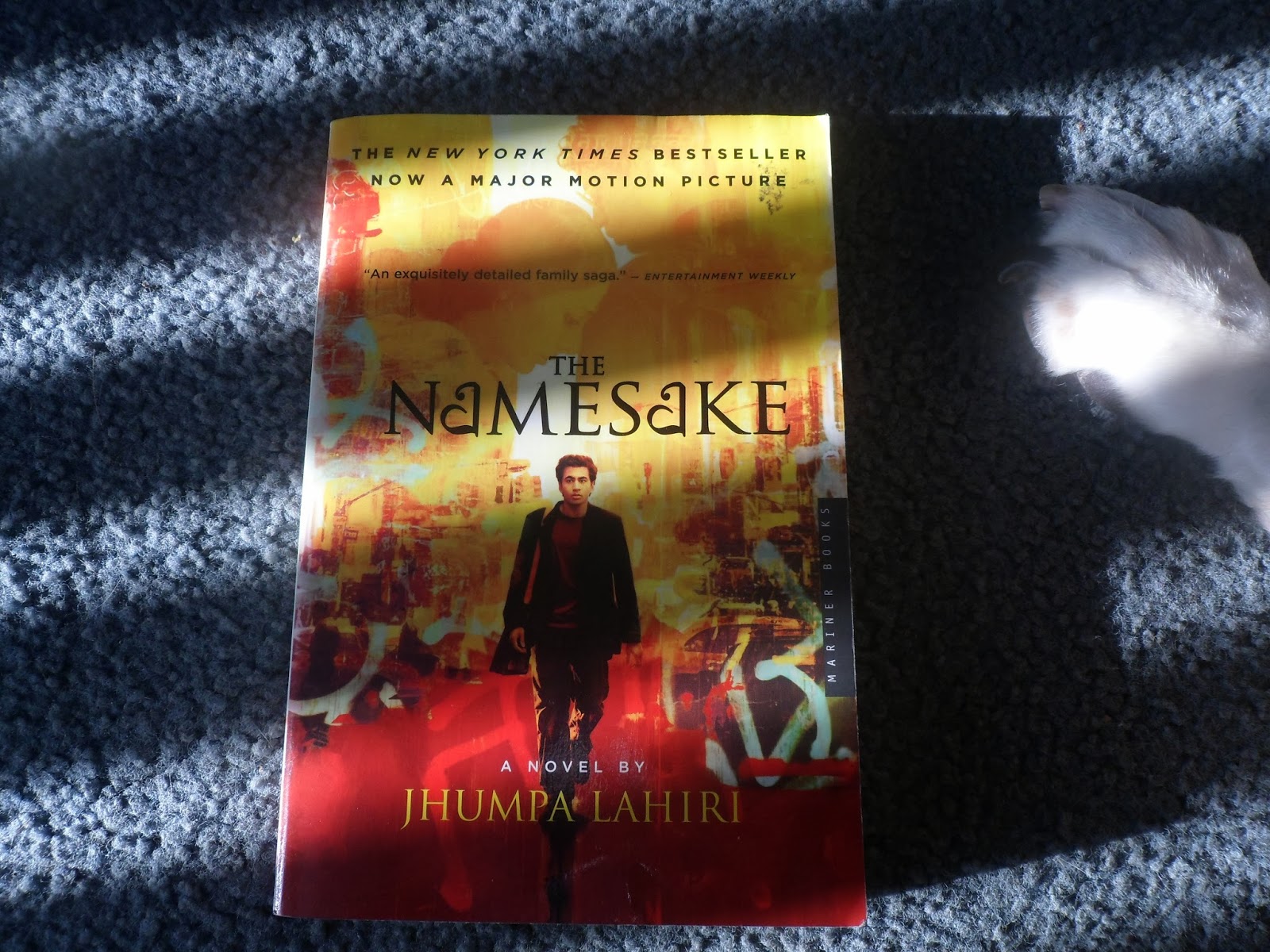 This novel reminded me a lot of Zadie Smith's White Teeth, in that it depicts the cultural and generational differences that arise between a pair of immigrant parents and their first-generation American children. The story begins with a father's inspiration to move from Bengal to Boston, and continues with his adult Indian-American son's struggle to reconcile his dual identities. This struggle of Gogol/Nikhil Ganguli is exemplified through his life experiences and his peculiar Russian-Bengali, Eastern-Western name (hence, The Namesake).

When Gogol Ganguli is born, "Gogol" is only meant to be his temporary and informal name, but as a child he insists on keeping it. As he grows older, he grows to hate both his name and his small world, which is largely composed of Bengali people and customs. During adulthood he legally changes his name to Nikhil (but Lahiri continues to refer to him as "Gogol"), decides to become an architect, moves to New York City, and has three unsuccessful long-term relationships (two of which are with non-Bengali women). Whether in effect or by intention, all of these decisions rebel against his parents' preferences. He is determined  to become his own man and distance himself from what he believes to be stifling traditions and expectations. Even after his father tells him about the near-death experience and affinity with Russian literature that gave him his name, Gogol still feels burdened by it.

The sudden death of his father is what leads Gogol to accept his name. At the end of the novel, he finally reads the book written by his namesake (Russian author Nikolai Gogol), which his father had given him as a birthday present while he was still alive.

What I like most about this book is that the immigrant parent-American child dynamic is not extreme. On their end, Gogol's parents are not strict or overbearing in their traditionalism. They adjust to life in America and let their kids live as they choose, while quietly retaining their resignations about American culture and their children's decisions. On his end, Gogol is not an American-born brat who hates his family and completely rejects his culture. He is a conflicted man, and while he loves and respects his parents, he also takes advantage of the opportunities he has to be different from them and find himself. Though his circumstances are particular, Gogol's experiences are not uncommon. I think that this aspect makes his story very relatable to young adults and 20-somethings in general, regardless of their parents' origin.

"For being a foreigner, Ashima is beginning to realize, is a sort of lifelong pregnancy─a perpetual wait, a constant burden, a continuous feeling out of sorts. It is an ongoing responsibility, a parenthesis in what had once been ordinary life, only to discover that that previous life has vanished, replaced by something more complicated and demanding." (p. 49-50)

"She has the gift of accepting her life; as he comes to know her, he realizes that she has never wished she were anyone other than herself, raised in any other place, in any other way." (138).