I saw the movie in November and found it to be profoundly moving, and I recently received the book for my birthday. This is the opposite of how I usually do things (I like to read the book first and then see the movie, because I'm always partial to the written word). But hey, that's just how it worked out. 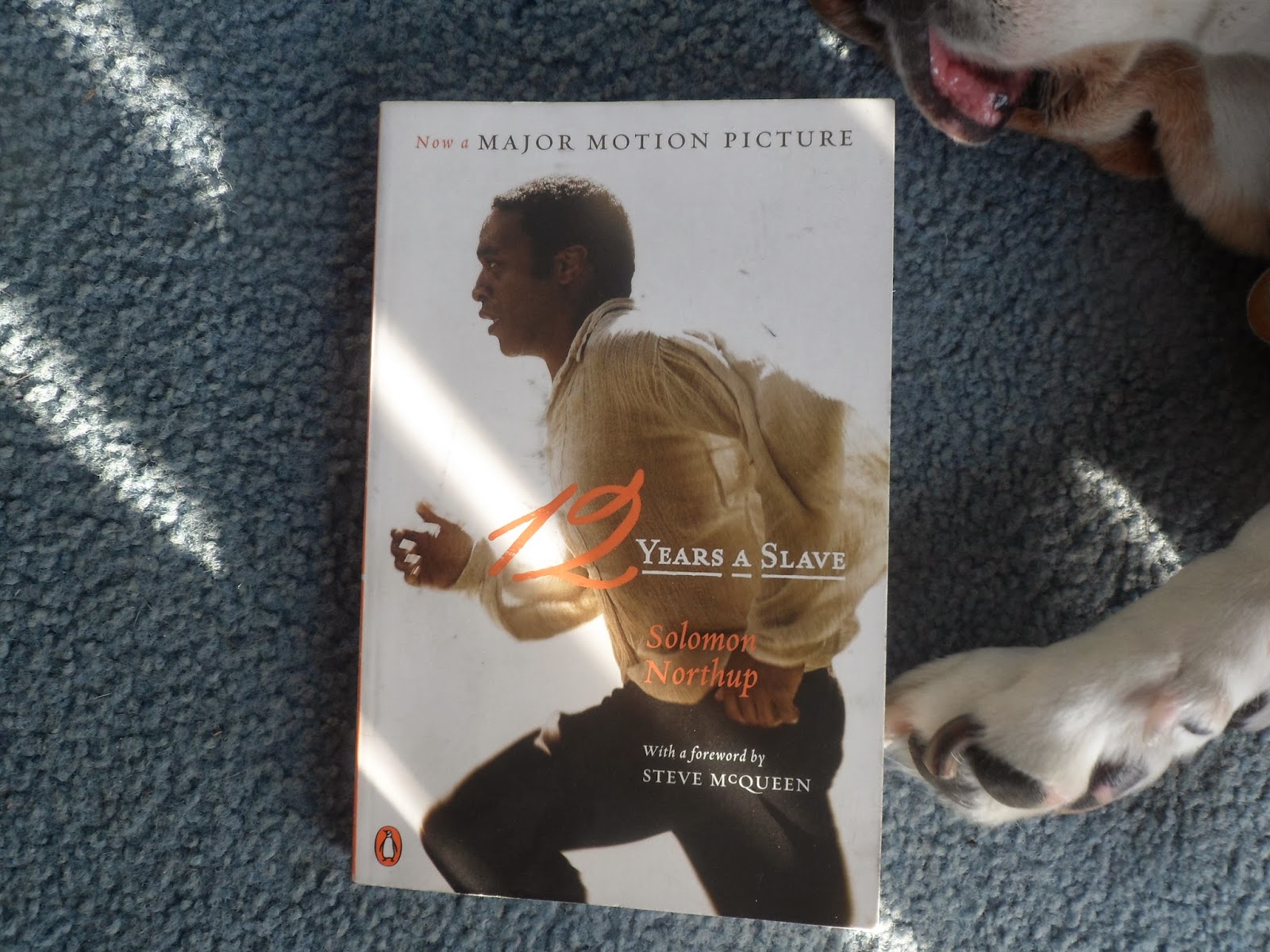 In his autobiography Northrup, a free-born man from New York state, recounts the twelve years of bondage he endured in Louisiana after being kidnapped  and sold into slavery. He describes the locations, people, and horrors that he encountered using real names and sometimes excruciatingly vivid detail. This was meant to impress upon readers that he was telling the truth. It was also meant to assert to supporters of slavery at the time that slavery was not a system that benefited black people; blacks were equally human as anyone else, slaves did not enjoy being slaves, and they were not entirely ignorant of what freedom meant.

Reading this book, I surprisingly connected  more with the character named Patsey on paper than I had with Patsey on screen. As a cotton-picking slave she is expected to always be strong and perform exceptionally, yet she is never appreciated for her work, is sexually assaulted by her master on a regular basis, and is constantly blamed for wrongs that are not her own doing. I think that African-American female readers can all find something in Patty that resonates with their own individual experience. Because unfortunately, Patty's plight is consistent with a reality that many black women face in society and media as hyper-sexualized objects of both desire and derision. We are expected to be both tirelessly hard-working and ashamed of ourselves at the same time.

I think Twelve Years is excellent. It is honest, it sugarcoats little, and except for some outdated terms and phrases, it is easy to understand. The only problem I have with it is that Northrup  seems to make too many excuses for the so-called "good" slaveholders, claiming that it's the "barbarous and unjust" system's fault rather than their own that they developed such a cruel and callous disregard for human life. I don't find it remarkable that some masters pitied the plight of their slaves and treated them with kindness;  this is the least a man can do toward a fellow human being.  Having good hearts or good intentions doesn't outweigh the fact that these slaveholders owned slaves, and were complicit in the race-based institutionalized murder and degradation of innocent people.

One can never know this for sure, but I wonder if  Northrup would have made the same concessions about slaveholders had he been born into slavery. I do not mean to discredit the severity of his suffering (and Northrup does recognize the exceptional nature of his own background and position in the book). But being a free-born, educated, jack-of-all-trades black man from the North who was a slave for  only 12 years, Northrup discusses slavery from a privileged position that allows him to analyze the system in depth and pardon certain slave masters for their transgressions. Others who were born and died in chains might not have had the same perspective, and furthermore I do not think anyone should be pardoned for having perpetuated the horror of slavery, even if they might have felt a little bad about it. I apologize for getting on a soapbox about this point. I know that I do not have the right to argue with a dead man about his account of his own experience, but this is the one aspect of the memoir that I just couldn't get with.

I would like to say again that this book is outstanding. Depending on how much African-American literature you have read already, it might not teach you anything about slavery that you were not already aware of. However, it offers a unique and incredibly interesting experience through which one might contemplate slavery, race, and the American notion of liberty in new ways.

"Not by human dwellings─not in crowded cities alone, are the sights and sounds of life. The wildest places of the earth are full of them. Even in the heart of that dismal swamp, God had provided a refuge and a dwelling place for millions of living things." (p. 92)

"Truly, Patsey was a splendid animal, and were it not that bondage had enshrouded her intellect in utter and everlasting darkness, would have been chief among ten thousand of her people." (p. 123)