What a day Saturday was! An initiation in so many ways, both exciting and challenging. 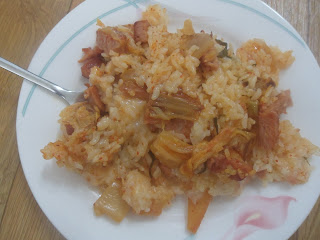 The day started with tea, Ande's homemade bokkeumbap (kimchi fried rice with cheese and spam), and a Whatsapp video call with Ma. I had to spend a little bit too much time setting WhatsApp and Skype up on Ma's phone and teaching her how to use them before I left, so I was really proud of us being able to make it work once I was in Korea. 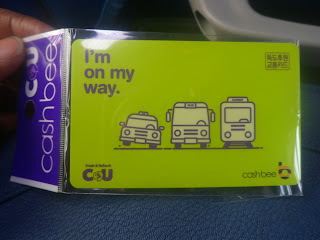 From Ande's apartment we stopped at the CU convenience store down the street so I could buy and load a Cashbee card. Cashbee cards (or Tmoney cards) are basically your key to wherever you want to go in Korea. They work for buses/the metro/taxis, all you have to do is tap them against the reader whenever you enter and exit the mode of transportation that you're using, you can reload them at any convenience store or reload machine, and they work anywhere. That is to say, between Incheon airport and Suwon and Seoul and Busan, we could use our Cashbee cards to get everywhere (with the exception of the "airport limousine" bus). 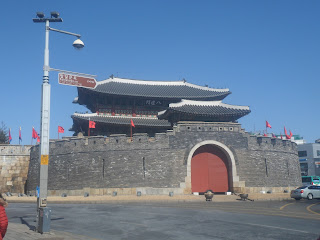 Given that Suwon was our home base for the trip, I wanted to spend this day seeing more of the city, and our first destination was Hwaseong Fortress. The fortress is a UNESCO
World Heritage site in the center of Suwon that goes in a loop. Rather than the inside being closed off or outfitted to make visitors feel that they're stepping back into the Joseon era, people still live, work, and commute inside the fortress as they do outside the fortress. So the fortress is basically this 18th-century ring around an area of town where modern life continues uninterrupted. You can walk around it, on top of it, or inside it (or alternate between the three) which allows you to get spectacular views of the city while also enjoying nature (lots of parks!) and the fortress's traditional architecture at the same time. 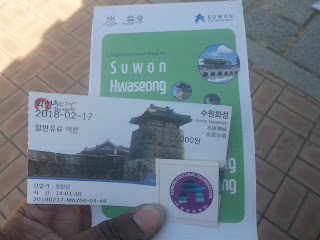 From CU we took a bus to the area around Paldalmun, which is the southern gate of the fortress. Paldalmun is a stand-alone gate that isn't physically connected to anything, so you actually have to go down a side street and climb a hill to access the fortress. Apparently we were supposed to buy a ticket before entering, but we must have arrived there too early or something, because the booth at the entrance was closed and no one stopped us or any of the other people who were going up the hill and stairs. We didn't learn about the payment requirement until we'd already made it halfway around and reached the north gate (Janganmun), which turned out to be the main entrance and was more monitored than the southern gate. We each had to pay 2,000 won (about $2) to re-enter a place that we'd already seen half of! It was kind of confusing but we just shrugged it off, paid, and kept it moving. 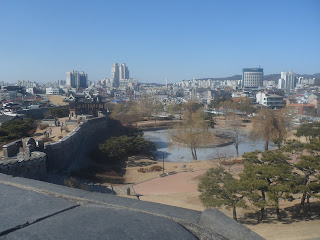 I believe Ande had assumed that we'd just walk around it for a bit and then head back down once I'd seen enough. She certainly didn't expect us to go all the way around. But it was such a beautiful day, I was so happy to be there that I wanted to soak everything in, and we got to see so many beautiful things and have such lovely conversation that we just kept going. We arrived back where we started after 3-ish hours. I was a little thirsty and my feet hurt by the end of it (I chose today to break in my "new" purple Adidas that had been sitting in my closet back home for two years), but I felt invigorated. 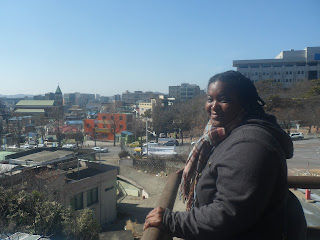 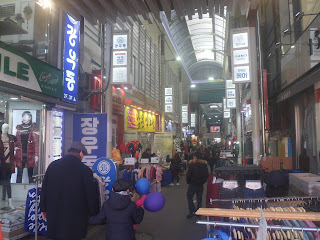 Speaking of invigoration. Judging from my experience Korea is very hilly, and there were stairs everywhere, especially in the metros. It ended up being a workout for me to get from place to place, and Hwaseong Fortress's abundant steps and steep inclines/declines were perfect preparation for the rest of the trip. I learned quickly not to force it and just to go at my own pace, taking breaks when necessary. My thighs and feet spoke to me and I had to pause to catch my breath QUITE frequently, so I appreciate Ande (and Sharon too) for waiting on me when I lagged behind.  I hate slowing people down but I hate the idea of overdoing it more. So thank y'all.

After leaving the fortress we walked through Paldal Global Market just to see what it looked like (and to scope out a new pair of earmuffs for me, but no such luck) before settling into a cafe there to rest and chat over lattes. 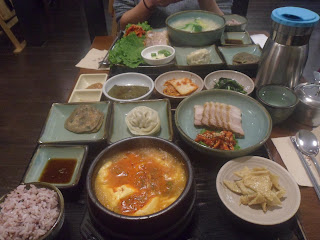 From that area we took the bus to Suwon Station, which is not only a train/metro station but also has an underground shopping center and an above-ground mall. Inside that mall is a CGV theatre, which is where we went to see Black Panther! We saw it in 2D, in English with Korean subtitles.The showing we'd planned to see was basically sold out when we arrived, so we bought tickets for a showing that was two hours later and walked around that floor of the mall to kill time. We ate sundubu-jjigae (soft tofu stew) before heading back to the cinema. 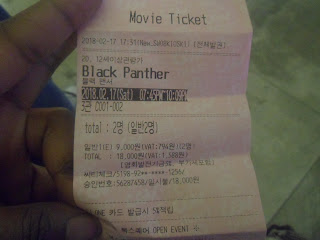 I finally saw other Black people while we were at the mall (I always keep an eye out for people who look like me wherever I go, even back home), and they happened to go to the same showing as us! Our theatre was packed, mostly by Korean people, and it made me feel proud to know that Black Panther was getting so much support all the way in Korea. I don't know if it's because the film was partly shot in Busan, or because Marvel films always draw a large audience in Korea, or because Korean people might have been intrigued to watch a superhero movie with mostly Black people in it. But no matter, I was overjoyed just to have been in the midst of it all. There was a moment where Lupita Nyongo's character said "Thanks" in Korean to the fishmonger lady in Busan before passing through and all the Korean audience members busted out laughing, but for the most part people were pretty quiet. 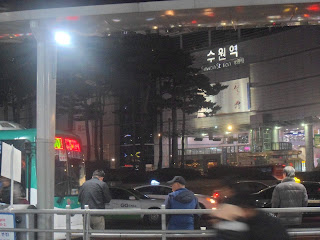 I clocked the dichotomy between Black American and African perspectives within the diaspora right away, so from the theatre, back through the mall, through the underground shopping center to the bus stop on the other side of the street, on the bus, walking to Ande's apartment, and even once inside the apartment, I couldn't keep from sharing my observations with her while listening to her impressions of the film as well. Saturday was really a fantastic day. 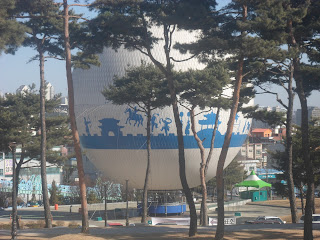 Sunday would be my first time going to Seoul, and though we didn't have a set plan, we still managed to see a lot. More on that tomorrow. Again, you can still find all the photos here: