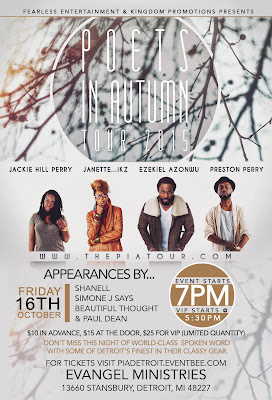 Ezekiel Azonwu is a true thespian. His movement and projection are hauntingly masterful.

Janette...ikz (pronouned "genetics") is everybody's big sis and is also a one-woman show. She gets into character like no one's business.

Jackie Hill Perry is an OG, the first one of these four poets that I became aware of. She's blunt and she really doesn't care.

Preston Perry is just an extremely cool and sincere dude. His rhymes cut you like his wife's does, but with his poems it feels like he's really trying to make his heart reach yours.

Thanks to all of you for humbling us, exposing us to ourselves, and reminding us to seek God's will for our lives, even over our own ambitions. Good luck to you in Toronto tomorrow. God bless y'all and your ministry. 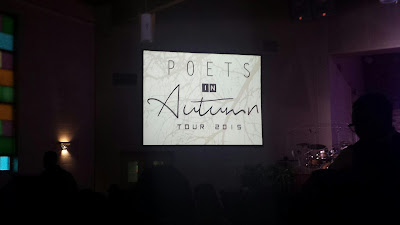