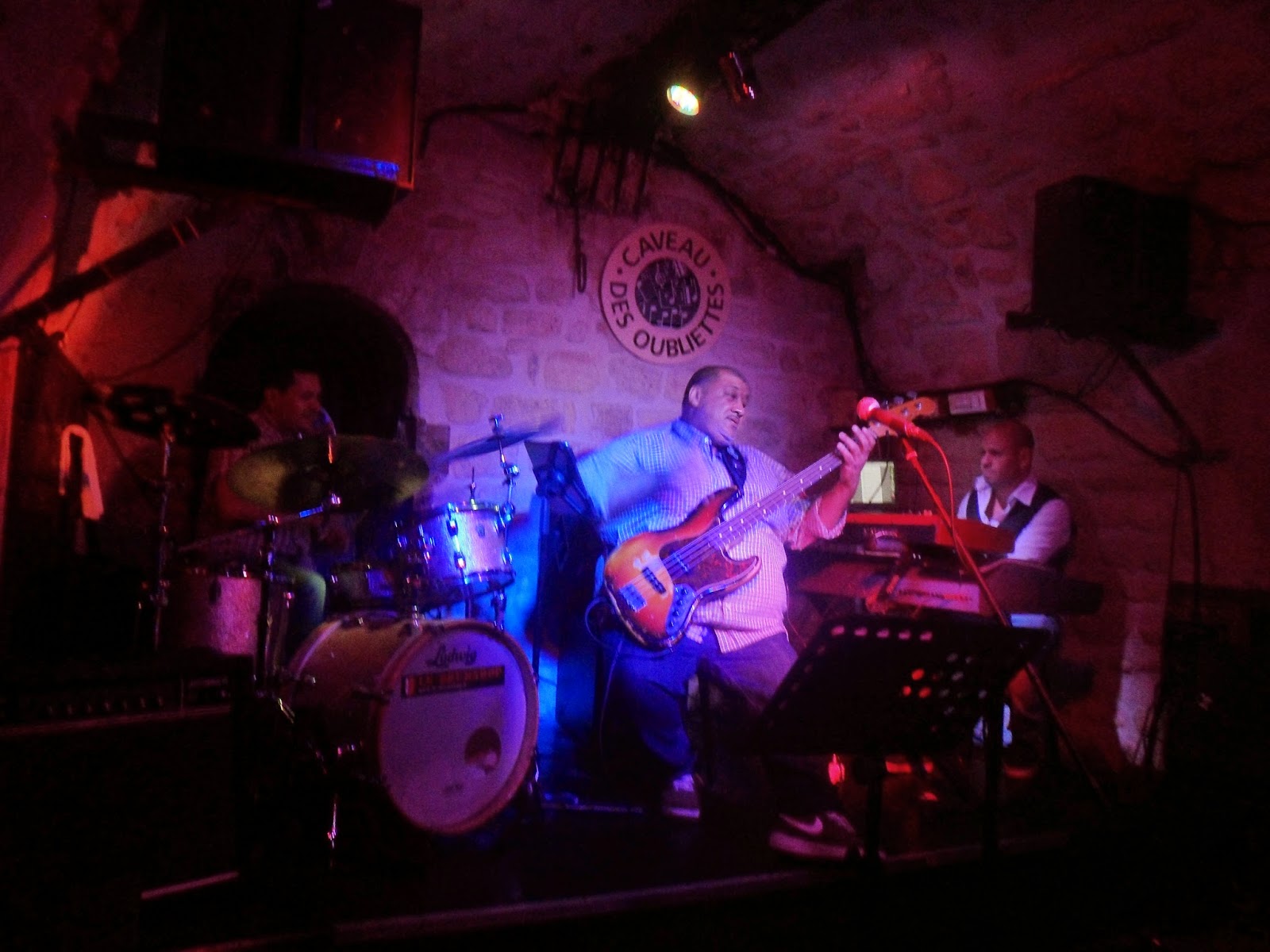 Last night Ria and I met up to check out the "Soul Connexion" jam session at  le Caveau des Oubliettes. We didn't go last week because I was sick, so I was super excited to go last night!

The club is divided in two: bar on the ground floor, music in the basement. And this basement used to be a medieval prison, believe it or not! It's really small and a little stuffy, but the perfect intimate setting to allow everyone to feel like they're part of the experience. Entry is free but you have to buy a drink, so Ria and I just ordered guava juice and a coke respectively. From what I've gathered from my research about the place, the night starts with the band setting the tone and warming up the room; then a musician or singer performs a pre-arranged concert; then there's the jam session. 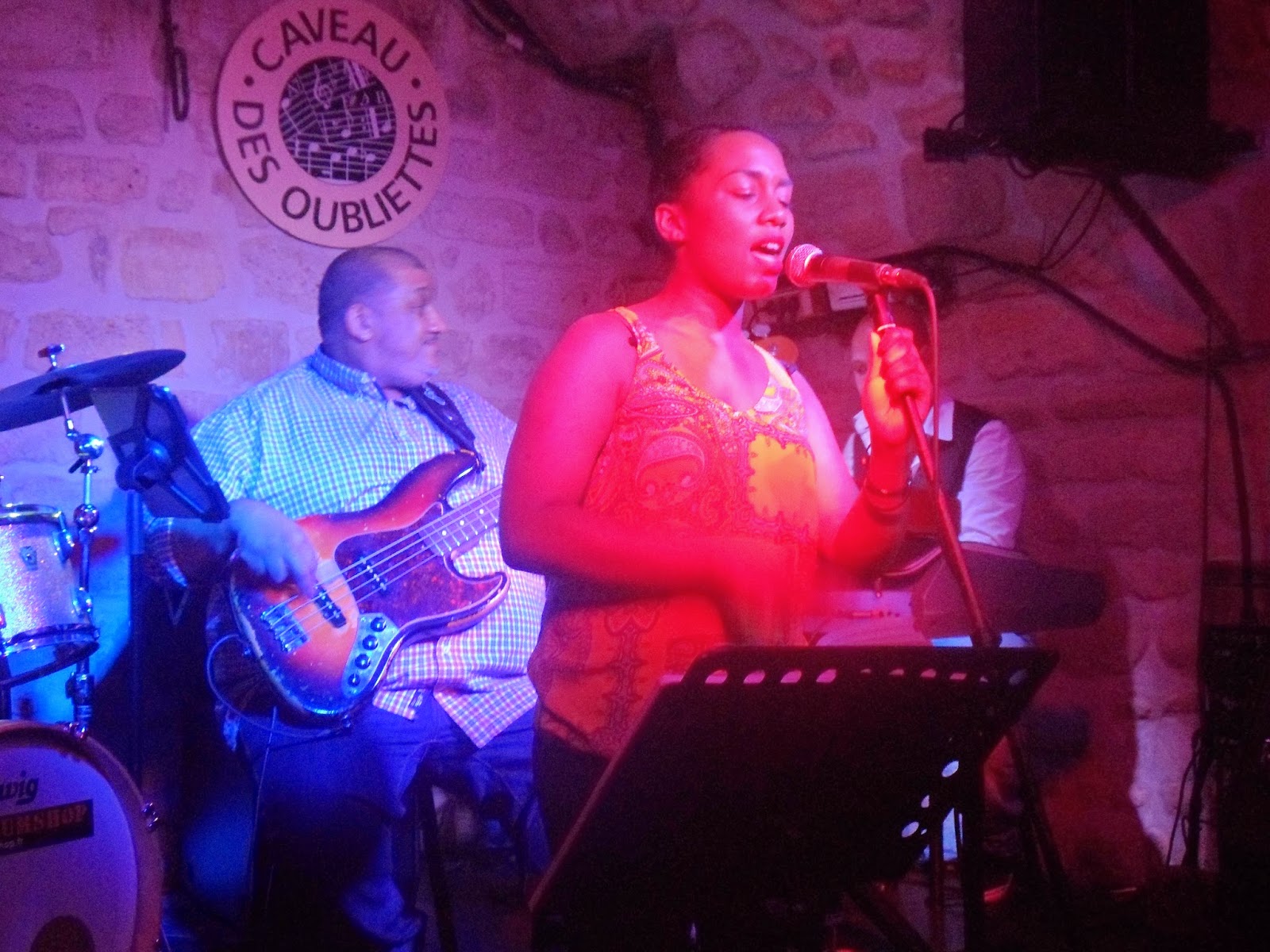 The music started at around 11pm, with the house band for the night jamming for a couple tunes. The concert featured a young singer named Michelle-something (sorry didn't hear her name clearly) who sang the following songs: "Locked Out of Heaven" (Bruno Mars), "If I Ain't Got You" (Alicia Keys), "Love on Top" (Beyonce), "L.O.V.E.", "Soulman" (Ben l'Oncle Soul), and "Treasure" (Bruno Mars). You could tell she was nervous, but she did an excellent job! I couldn't believe it when they said it was her first time on stage!

The concert didn't end until around 12:15, and both Ria and I had to leave before our transporation options became too limited (the metro stops running at 1am, and only certain busses and other trains run after a certain time). So we didn't get to experience the jam session, unfortunately. :( And what a shame, too! Toward the end of the concert the place started filling up with artists who were ready to get in on the action, and I wanted to be a part of it! Or at least watch. Eh well. Maybe I'll get to sing there at least once before I leave? 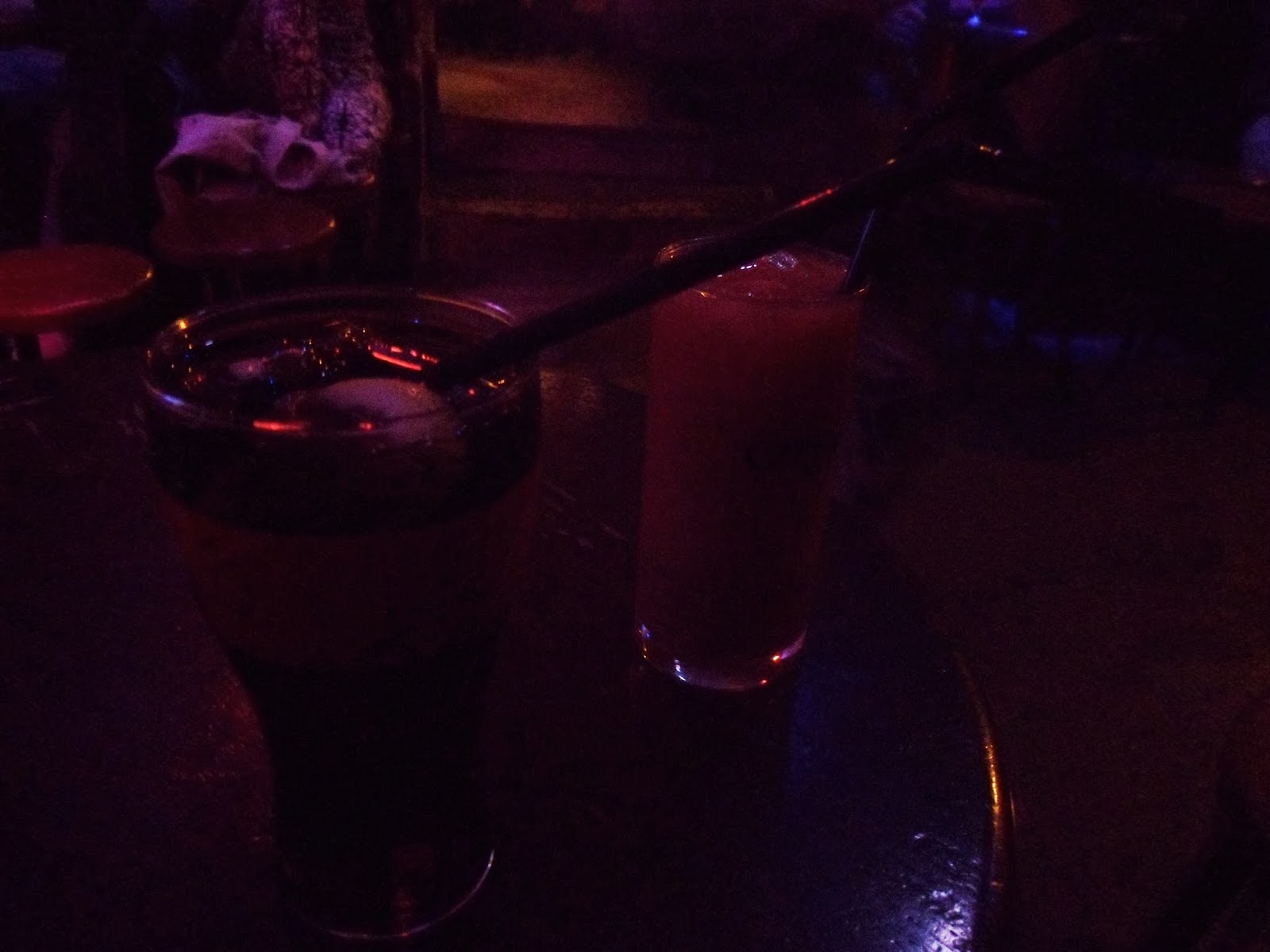