Yesterday was something else, I tell you. 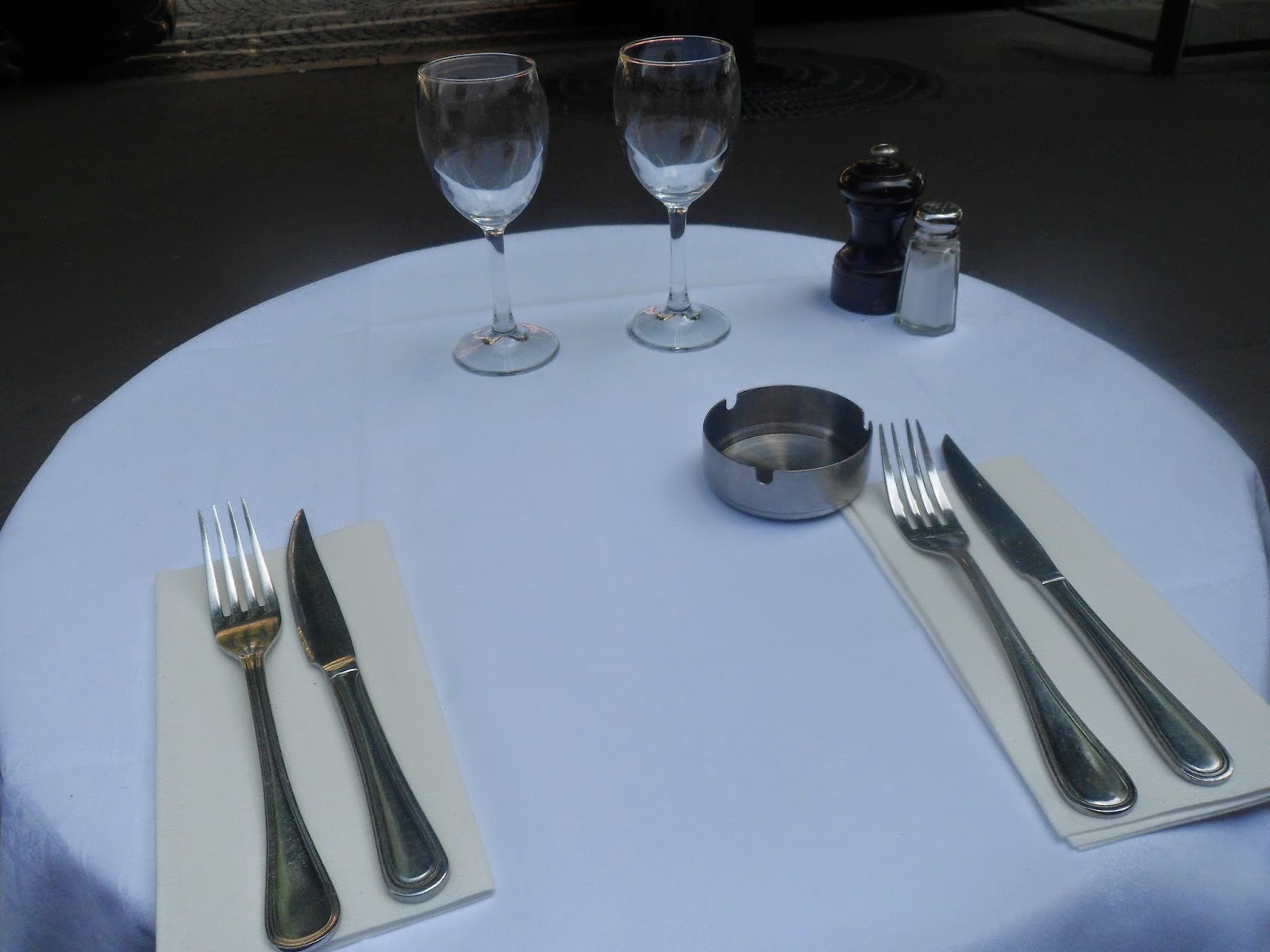 Again, I couldn't think of anything to do, so after church I just decided to go to this park called le Parc des Buttes-Chaumont. It's in the northeast part of the city and is one of the largest green spaces in Paris. H didn't have any plans either, so she joined me. Before heading to the park, however, we stopped to eat lunch at a restaurant that shall not be named. Hmm, how can I explain our experience? This is restaurant is meant more for drinking and taking in the scenery than eating. We shouldn't known better when we saw that the menu was 1/4 food, 3/4 beverages, but H was starving and this was the place that she chose. The service was slow, the waiters and the host just didn't seem to care about the guests, the food was just okay (I've had better croque madame elsewhere), and there was a mixup between what we thought we ordered and what we got that left us feeling like we'd been gypped. Nothing was exactly terrible, but it just wasn't a pleasant experience overall, plus it's a tourist trap. No joke, the only good thing about this restaurant is the location (right off of l'avene des Champs-Élysées) and the ice cream that H ordered.

After leaving that restaurant and vowing never to go back, we hopped on our first bus to get to the park. H managed to grab a seat next to an old man who happened to be American too. They struck up a conversation and I couldn't hear (read: wasn't interested in) what they were talking about, but H kept laughing so she must've been enjoying herself. We got off that bus to wait for the next one, and H was telling me just how nice and funny said old man was. And he happened to be from Michigan too. I didn't really care; I was just focused on getting to our destination. 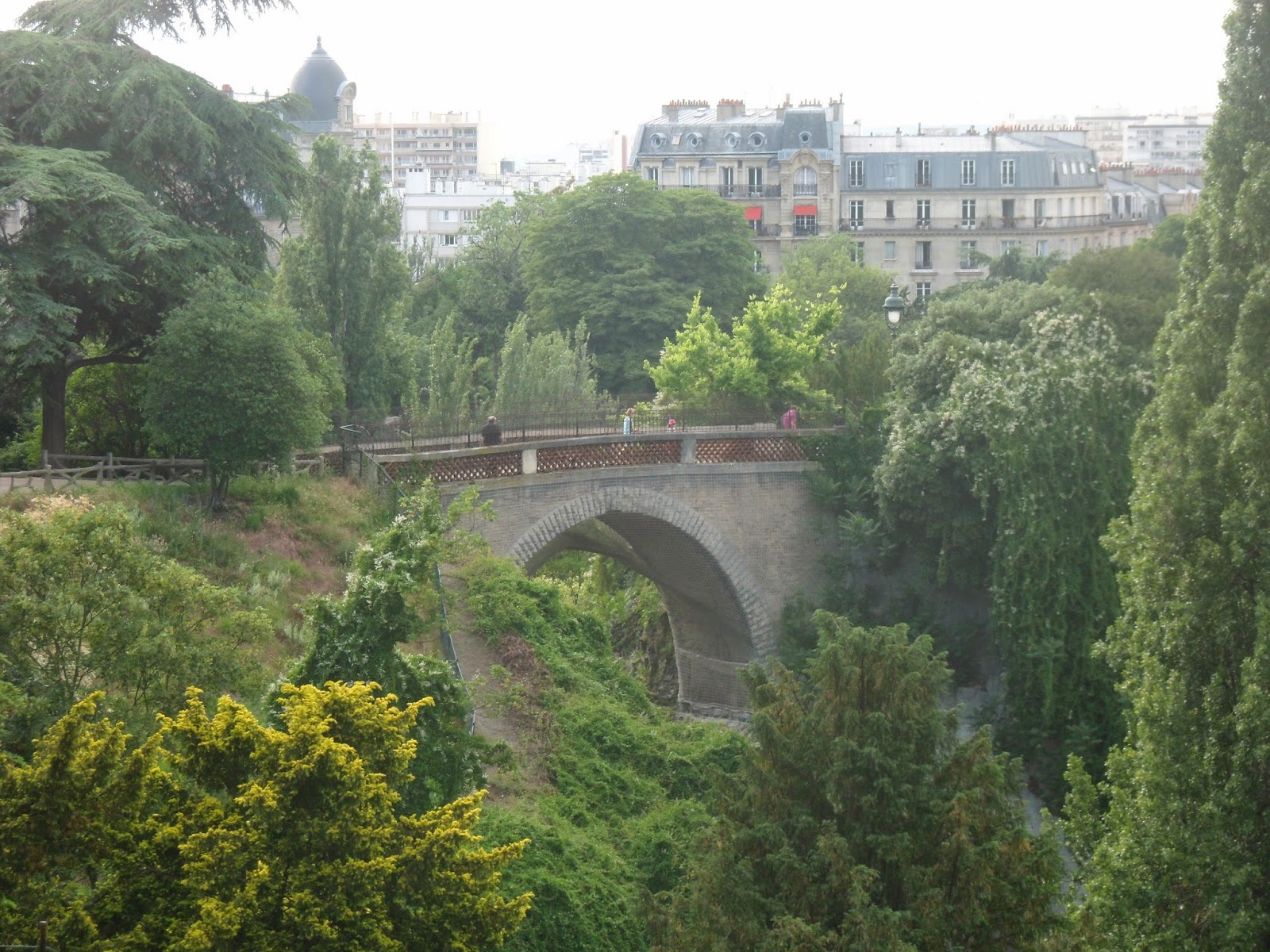 So we get on the next bus and pass by a few stops, and then that old man suddenly reappears, boarding our bus. And he couldn't just keep it moving either. He spotted H, sat in the same seat she was occupying, and picked up where he left off as if they'd never stopped conversing in the first place. Now here's the thing about H. She's kind and openhearted, and she'll talk to anyone. But the bad side to that coin is that she can be somewhat naive, and in my opinion she thinks she has better judgement when it comes to people than she really does. So while she's taking candy from him and giving him her phone number and divulging information about herself, I sat across the aisle stewing and pretending he wasn't there. What is this old man doing here again? Was he waiting for us or something? You mean to tell me this man just happened to get on the same bus we were on, again? Nuh-uh. Deela was officially suspicious and annoyed.

When we were nearing our stop, the old man called out to me, "Hey Danielle," (H had told him my name, which I didn't appreciate), "You can come too. That way I don't have to choose." I just nodded, faked a laugh, and turned away quickly. Is that supposed to be funny? And is H seriously making plans to hang out with this man later? That's what I'd thought. But then we hopped off the bus, and I turn around to see that the old man had gotten off too. H had invited him to come to the park with us! Whatintheworld?!? 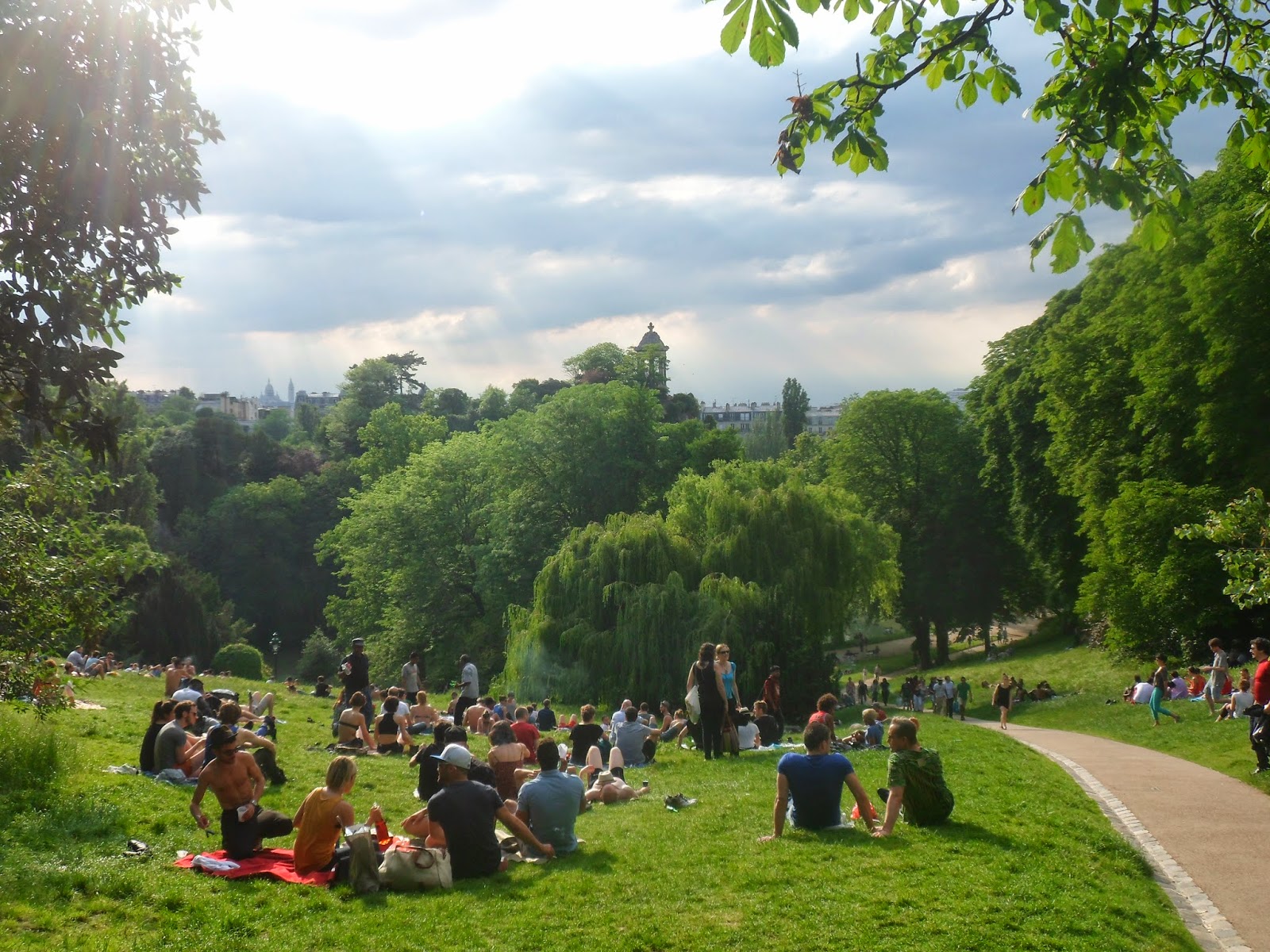 And it got worse. Le Parc des Buttes-Chaumont is one of the most beautiful places I've ever been to in my life. It's lush, it's green, and enormous doesn't even cover how expansive this park is. It's got hills, creeks, a lake, trails, bridges, restaurants, an observatory overlooking the city, waterfalls, benches and grass abundant. And it's perfect for almost anyone. Runners, dog walkers, nature lovers, sunbathers, musicians, bored people, folks who just want to chill and not do anything for a while, you name it. This park is magnificent. So H and I were taking everything in and snapping pictures, but then the old man was critiquing the way we took our pictures, like angle your camera like this, get this effect, do this, do that. And I'm just like, Man, who do you think you are? You're not even supposed to be here. You mean to tell me this old man has nothing better to do than spend his evening following two twentysomethings around? Nuh-uh. I was beyond done. 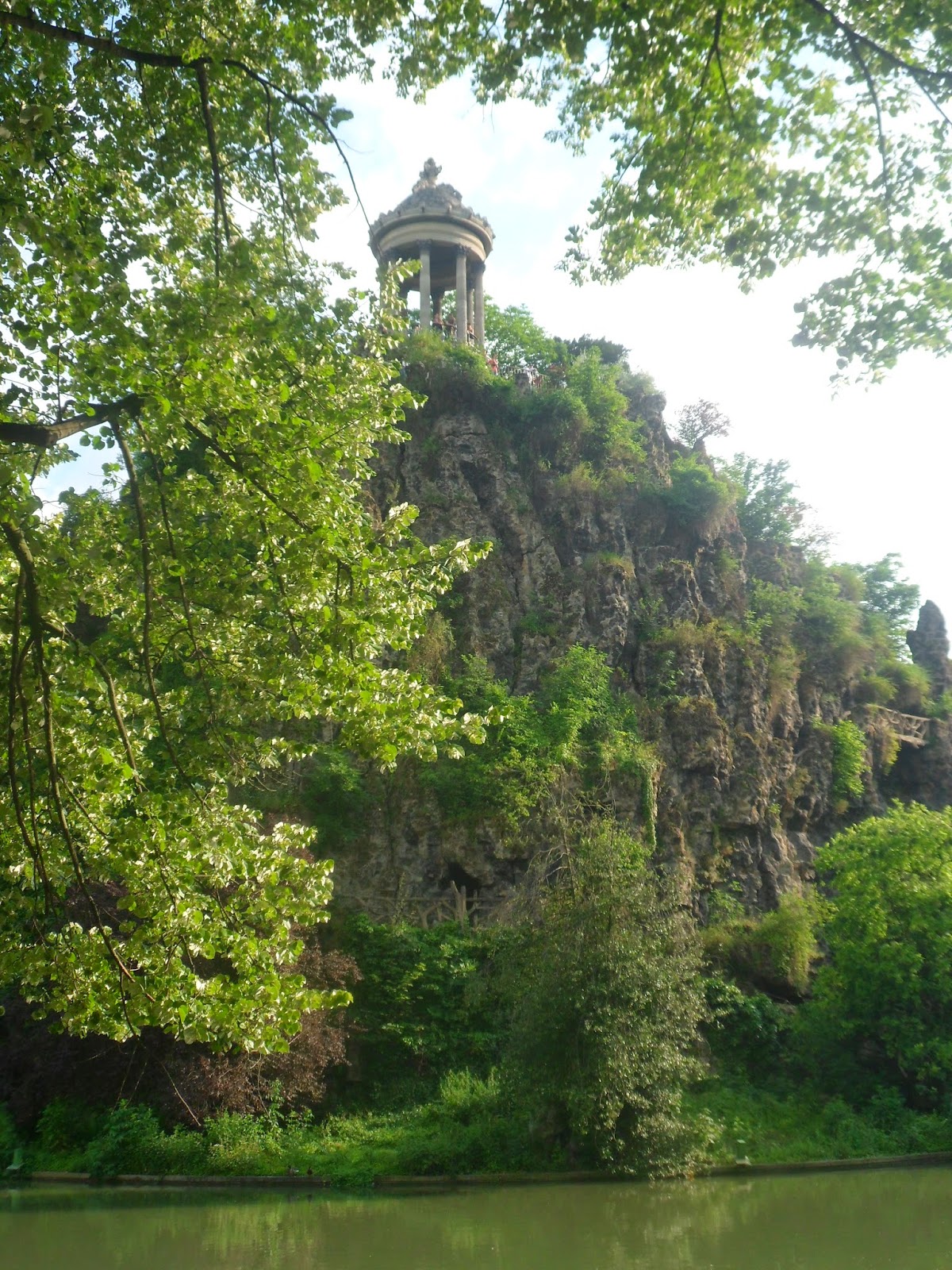 I was so frustrated by his voice and his presence that I couldn't focus on enjoying the park. So eventually I just wandered away without them noticing. But I was so bothered by the experience and focused on not running into them again that I was ready to leave. While wandering I got to see a good majority of the park, but I kept going out of frustration more than anything.

Eventually H was able to get rid of the old man and we met up at another bus stop to head back to our respective neighborhoods. While waiting she told me about this old man's story. Apparently he was a professional magazine photographer for 40 years, he's been through a lot in his life, and he was basically just bored and lonely and wanted someone to talk to. That's why he tagged along and kept close to H. I felt a little bad about how cold I'd been to him after hearing that, but only slightly. H and I have different personalities and take very different approaches to strangers, and we discussed this. If I don't know you or haven't warmed up to you yet, then you need to keep a respectful distance. I might keep up a conversation with you, but I won't abide by you invading my space, disrupting my plans, or inviting yourself into my life. I. don't. know. you. That's my policy when it comes to strangers. And I'm glad that when I explained this to H, she understood why I'd been uncomfortable. An evening at the park kinda spoiled for me, but no bad blood between me and H, so all is well. 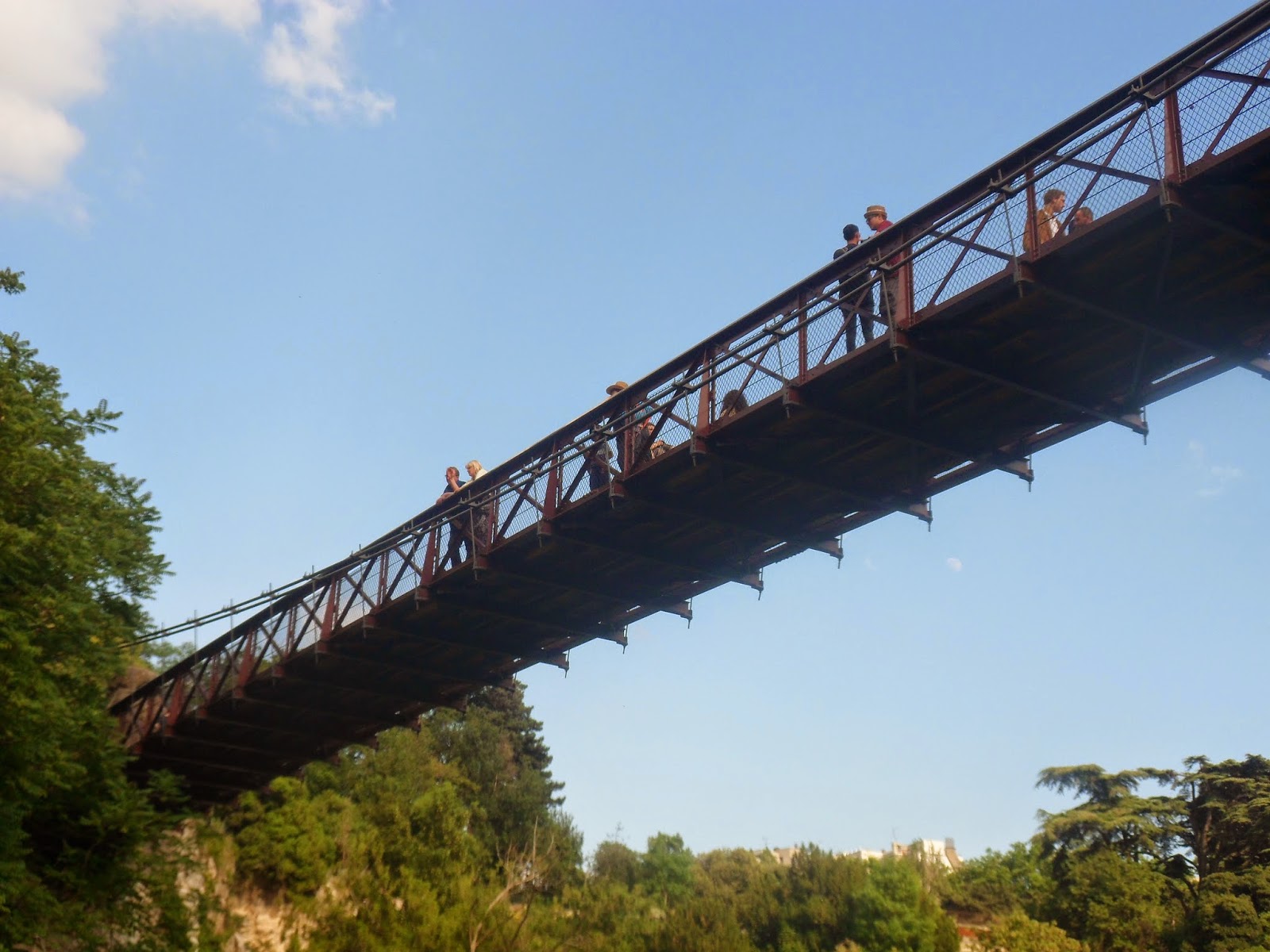