Yesterday was kind of like my last hurrah before saying goodbye to having a lot of free time while I'm here. So even though I would've loved to sleep in, I had to hit one more big one: le Musée d’Orsay. 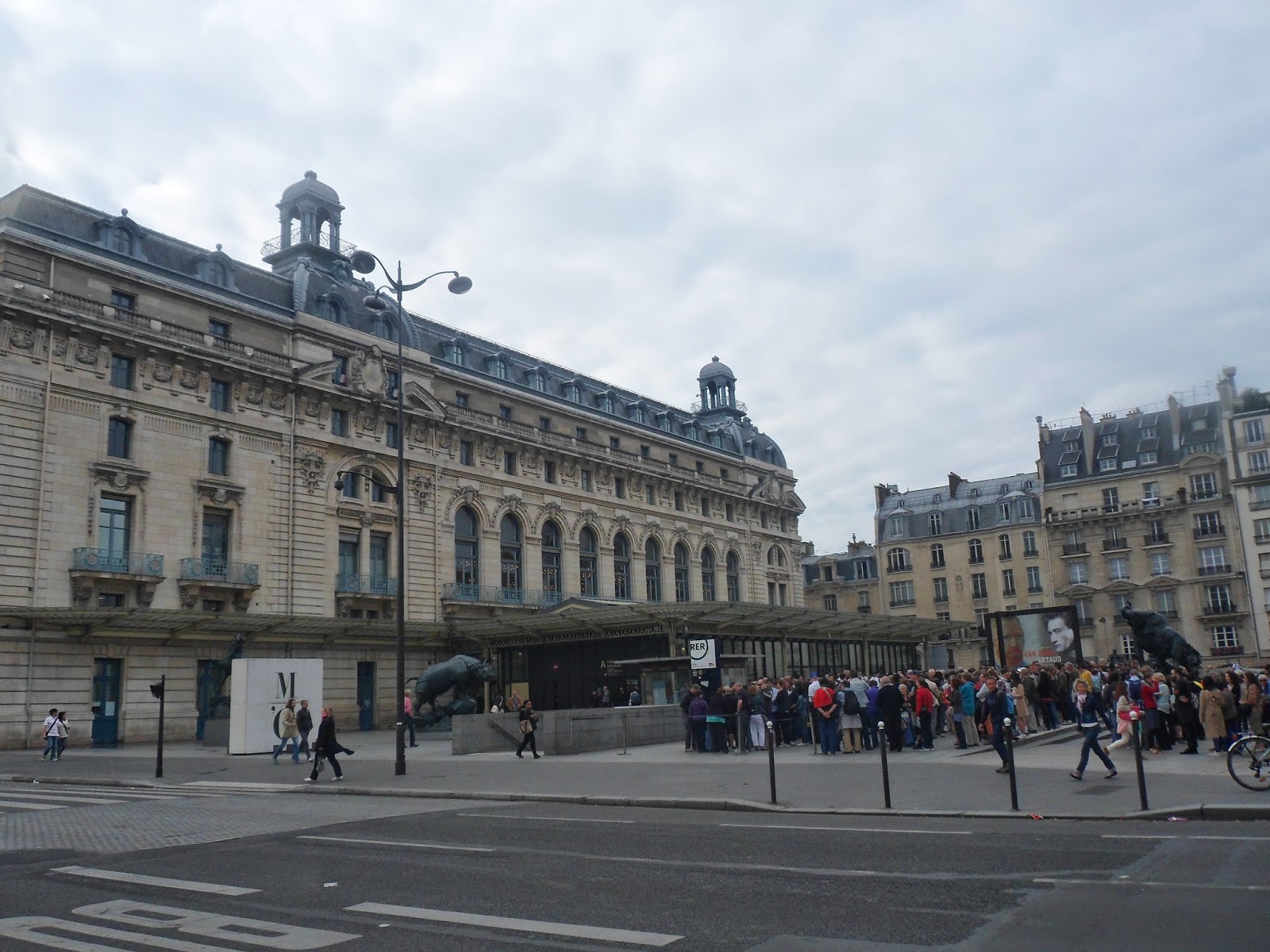 Le Musée d’Orsay is much smaller than le Louvre, and since it was a Sunday I figured if I got there right when it opened there wouldn't be too much of a crowd. I hopped on a bus and passed by le Louvre along the way. It was crazy; I don't think I've ever seen that many people in line for something ever in my life. The bus rolled by and I was like Welp, glad that won't be me. But the joke was on me. Lo and behold, I got off a few stops later in front of le Musée d’Orsay, right at 9:30am when it was supposed to open, and I thought I was at the wrong place. In proportion to the museum's size, the line there was nearly as bad as le Louvre's! It was a long, winding, never-ending snake of folks waiting in line. Would you like to know why it was so crowded? As strategic as I'd tried to be, I'd forgotten that this day was the first Sunday of the month, which meant that the museums were free. Cue the flocks of tourists and two-hour long waits.

For a second the thought crossed my mind, I could go back to the apartment right now and just go back to sleep. But I'd already gotten up early and I was already there, and I didn't have any other plans except for going to ACP later that day. So I got in line and waited my turn. And luckily, I was only in line for 45 minutes tops. 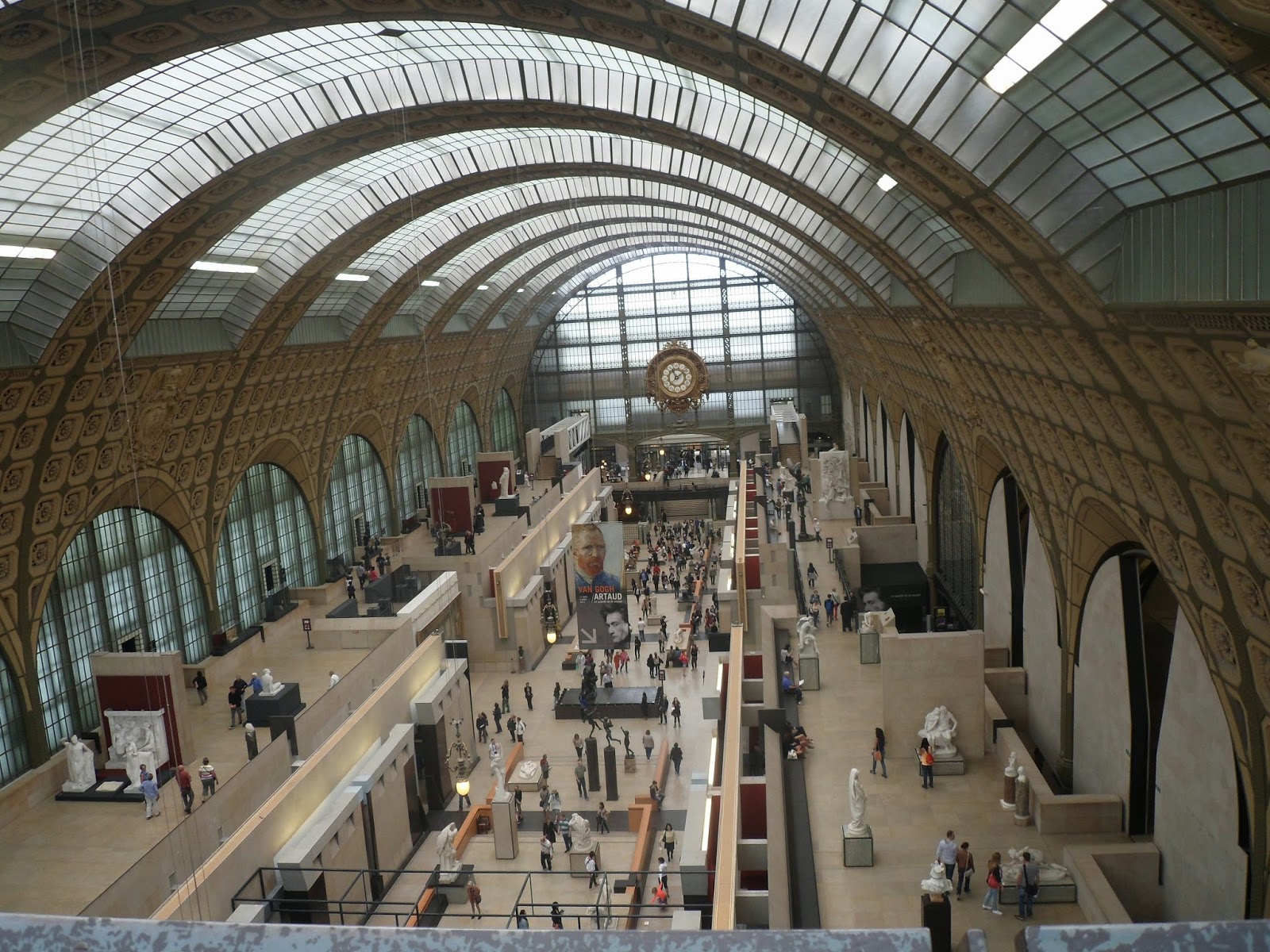 Now there are two basic reasons why this museum is a "big one" in terms of Paris attractions. First, it used to be a train station (Gare d'Orsay), and second, it holds the most impressionist and post-impressionist paintings of all the museums in the world. Another particularity of this museum (not a point of popularity but just something I found odd) is that taking pictures is completely prohibited. The other museums I've been to in Paris have varied between allowing pictures just as long as you don't use flash, and allowing pictures for permanent collections but not for special and temporary exhibitions. But not until M'O had I been to a museum that didn't allow any photo-taking at all. 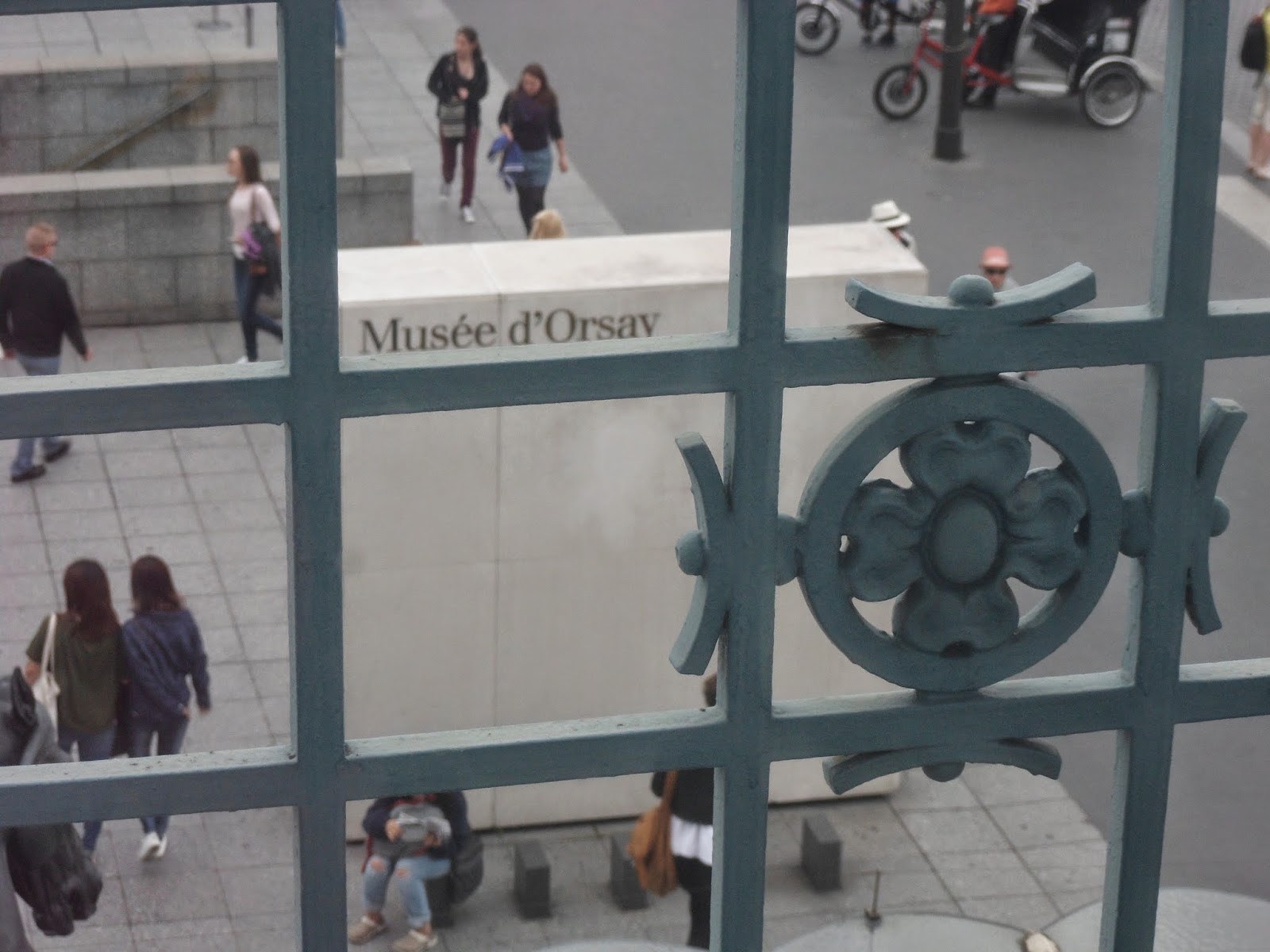 Now of course, many people didn't abide by this rule, and I myself snuck a few pictures here and there. But for the most part I just noted in my notebook all the paintings and sculptures that I appreciated the most. That list will be up on this blog later on, but suffice it to say that the impressionist collection is not to be missed. In general walking through le Musée d'Orsay is a much more relaxing, less time-consuming experience than going to le Louvre. Also, you might find some things you hadn't expected to see, like a painting of a black boy selling turtles, or extremely old and expensive Italian furniture, or a sculpture of Nubians fighting off an alligator. Who knows. You'll have to see for yourself.