Thursday: Hangin' with the Sistas 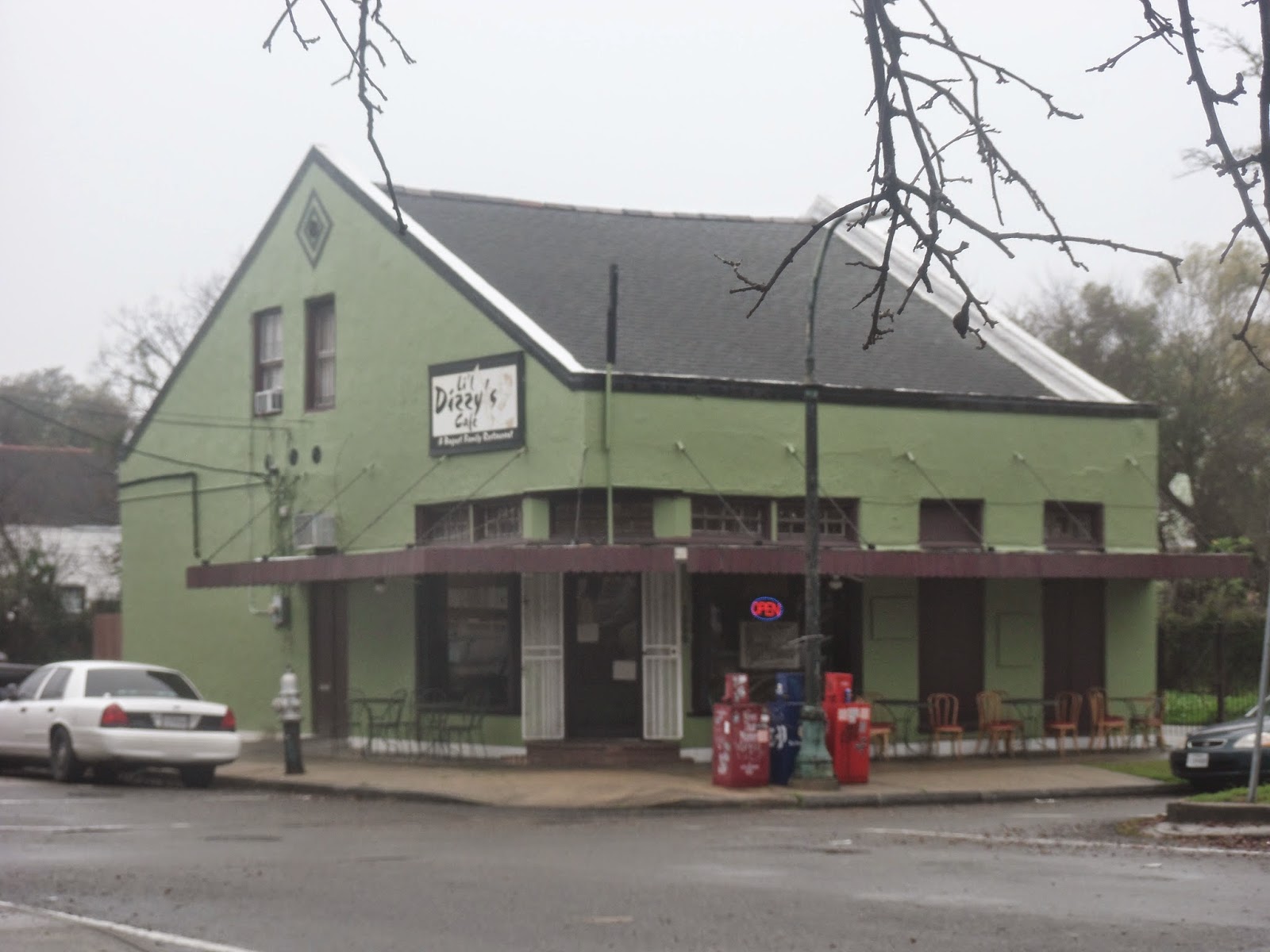 Goodness, everybody seems to be in New Orleans right now! So many people I know from school went to New Orleans for spring break, one of whom is a young woman I know named Winnie. Before today we'd only ever met once at an informal open mic event at school two years ago, but I've been following her through her writings on Facebook and on her blog since then. She's currently on a vacation/soul-searching trip through America with her infant daughter, from north to south and back north. New Orleans is the mecca of her journey, where she's spending the largest portion of this time. When she saw on Facebook that I was here, she suggested we meet up. And since she's in Treme, Ma and I are in the nearby French Quarter, and all of us love some good soul food, we agreed to meet at the famed Lil Dizzy's Cafe in Treme for a late breakfast. 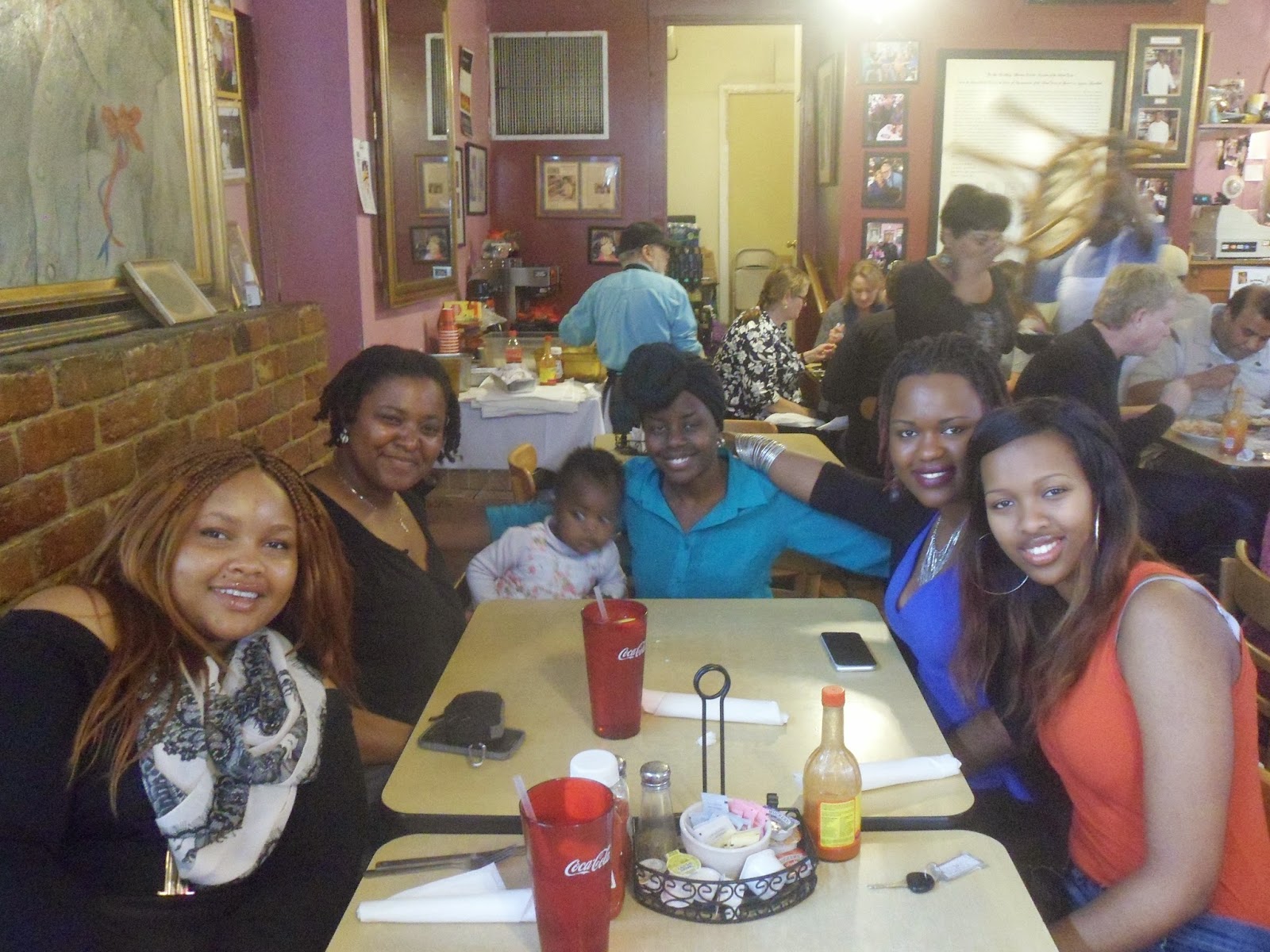 Ma and I arrived first and got a table. While we were waiting, Winnie called to let me know that there'd be three additions to our party! Also coming would be our mutual friend Nyasha, and two more of their friends. It was going to be a divine meeting of phenomenal African and Black American female minds and appetites. And so it was. Our breezy conversation reached a bit of a lull once the food came (that's how you know it's good), and each member of the party was very much pleased with her selection. Mine was the special, the seafood omelette poboy. But even more than the food, I especially got a kick out of sitting next to Winnie's baby who─get this─hums while she eats! I've never heard of a baby doing that before! But apparently she hums all the time, mostly when she's eating or getting into trouble. What an active and expressive little one! 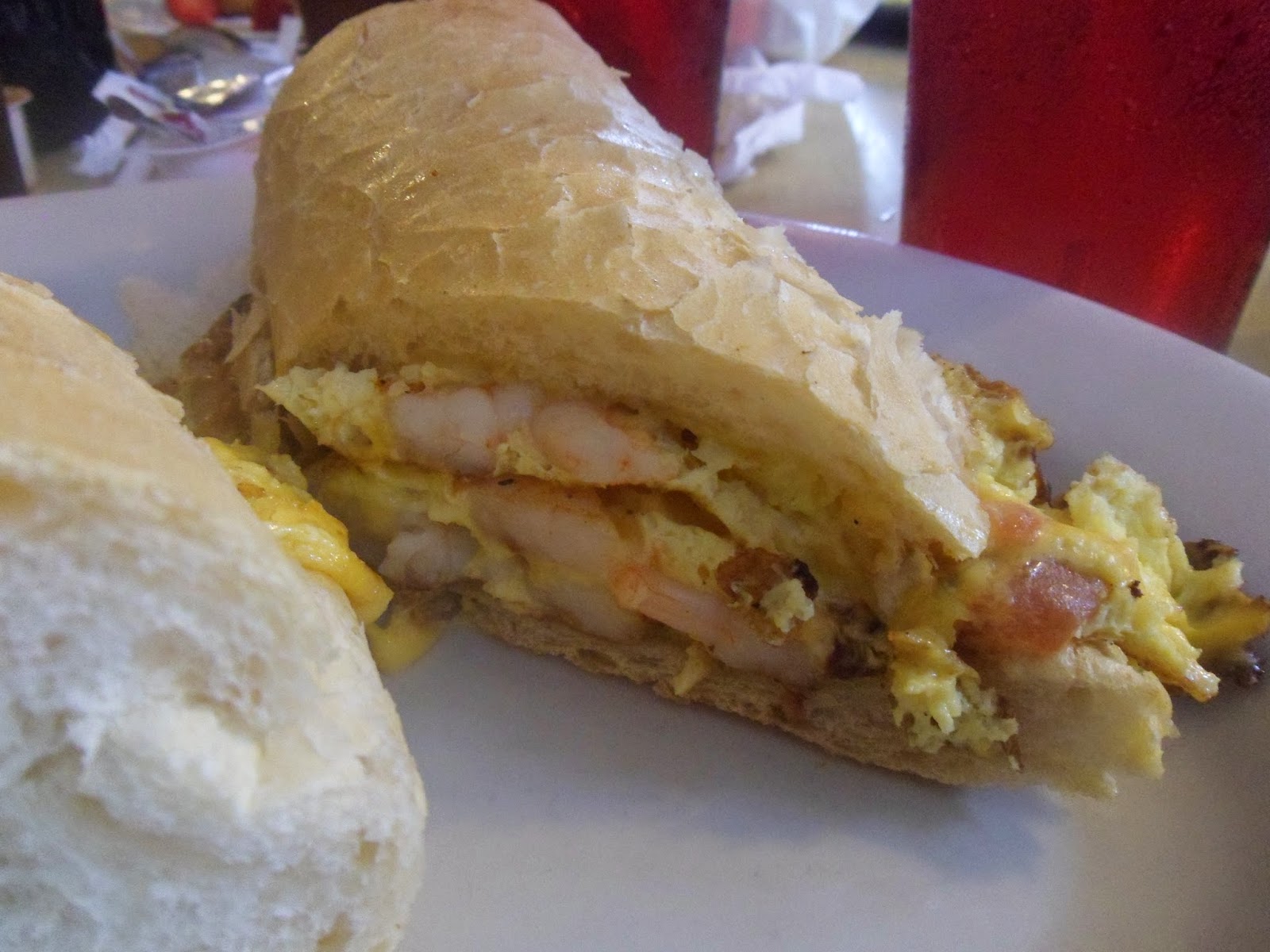 Just a note about Lil Dizzy's. In terms of food quality and speed of service, this place is top-notch. It's known for down-home grub that sticks to your ribs, and since it's a popular restaurant with a limited capacity, they try to get people in and out as quickly as possible. So in general I would definitely recommend the place. But be advised that "service with a smile" isn't really a thing here. The waitresses are very direct and no-nonsense, which might be off-putting or even perceived as rude. But really they're just trying to do their jobs and won't put up a front like they're happy to see you when you walk in the door. And that's fine. I'm just saying that if you're a stickler for that smiley, exceedingly polite, sticky-sweet version of customer service, you might be disappointed here. But honestly, any attitude you might have to put up with is worth it for the food. 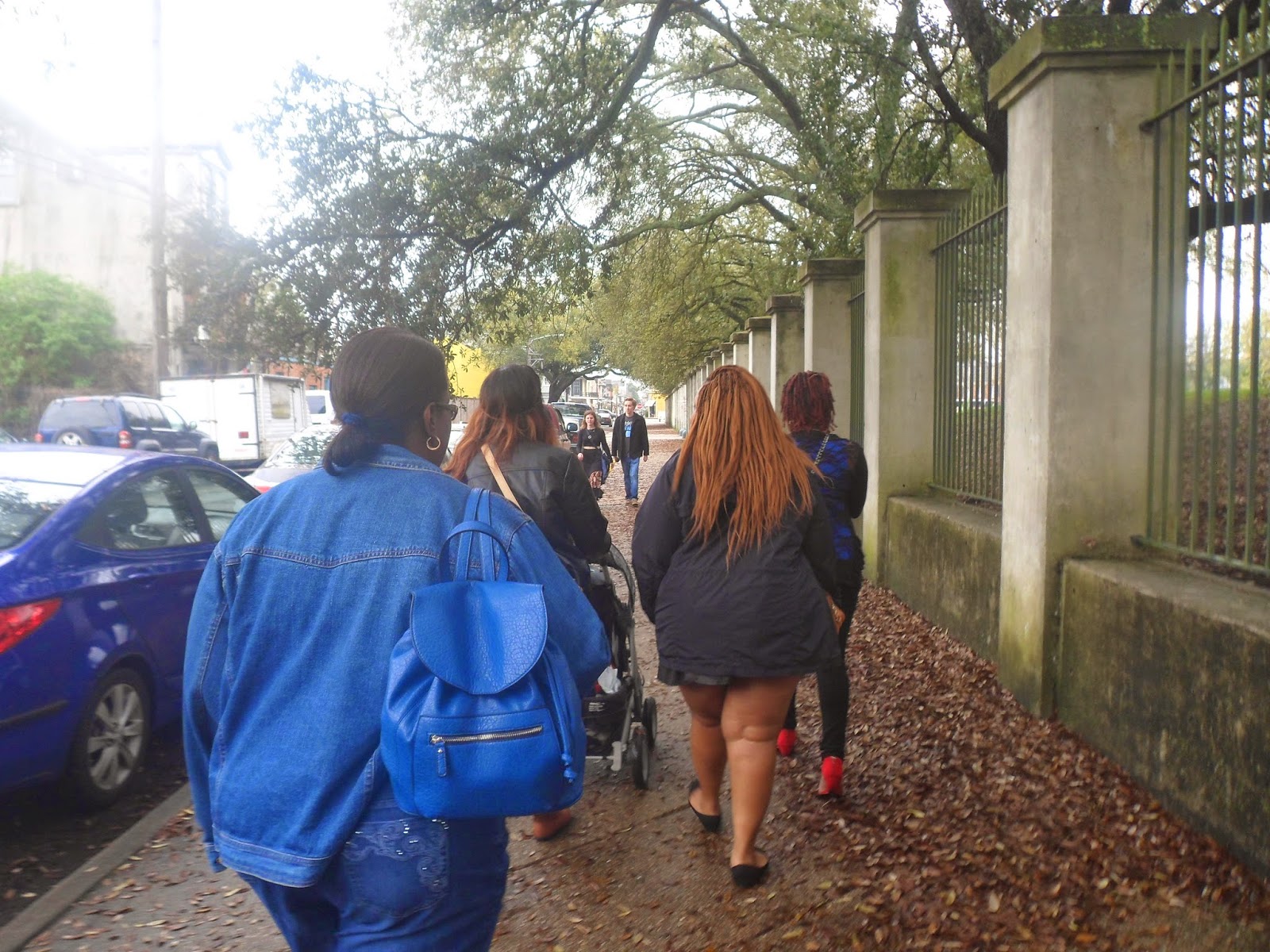 From Lil Dizzy's we drove to the house where Winnie's staying so she could get her baby's stroller (Nyasha and her crew had a rental), and then set out on a walk. The plan was to go through Treme to Armstrong Park, and then down through the Quarter all the way to the river. Since Ma and I had been to all these places before, we were just going along for the ride. This was a chance for Nyasha and her friends to explore, and for all of us to bond by spending time together.

Once we got to Armstrong Park, Ma dipped out and Winnie was intent on singing together in public. She'd brought up FoF to me earlier and revealed to me that in addition to a writer and activist, she's also a singer and guitarist. However, like me, she's put music on the back-burner for a little while and was itching to let something out in this here jazz city. As we made our way around the park and approached Congo Square, she pontificated on the necessity of creating our own stages and spaces to share. We could do something on our own without waiting on anyone's permission or interest. So we all stood in a circle in the center of Congo Square, where our enslaved ancestors had gathered, giving what we had to give through speech and song. "Let's take it to the ancestors!" Winnie exclaimed. We went around the circle and gave each person a chance to sing a song. I sang Brandi Carlile's "The Story" since it was the first song that came to my mind. It was my first time singing in over two weeks due to busy-ness and being sick (yay! I'm finally well!) and I didn't sound half bad. A couple Frenchmen walking by appeared to agree, because when I stopped singing the little that I could remember of the song they asked, "Why'd you stop? You're not going to sing more?". They said this in English but somehow Nyasha ended up conversing with them in French, and while they complimented her on her speaking I just stood by in my usual timid silence. BUT! As they walked away one of the men looked at me and asked in French, Mais tu ne chantes plus? And I managed to eke out, Non, j'ai fini. And then a Merci beacoup and a Bonne journée when they complimented me on my singing again and then bid us good day as they walked away. It was meager, especially considering the level of convo that I know I'm capable of having, but the point is that I did it! I finally spoke French with one of the many French tourists in this city!

We did this all while people passed by and watched us, and as clumsy or awkward as it got at times, we stuck with it and supported each other. Validated and acknowledged each other. It was such a beautiful, profound, humbling and freeing moment. My body even felt warmed up afterward. Thanks for pushing us to sing together, Winnie! 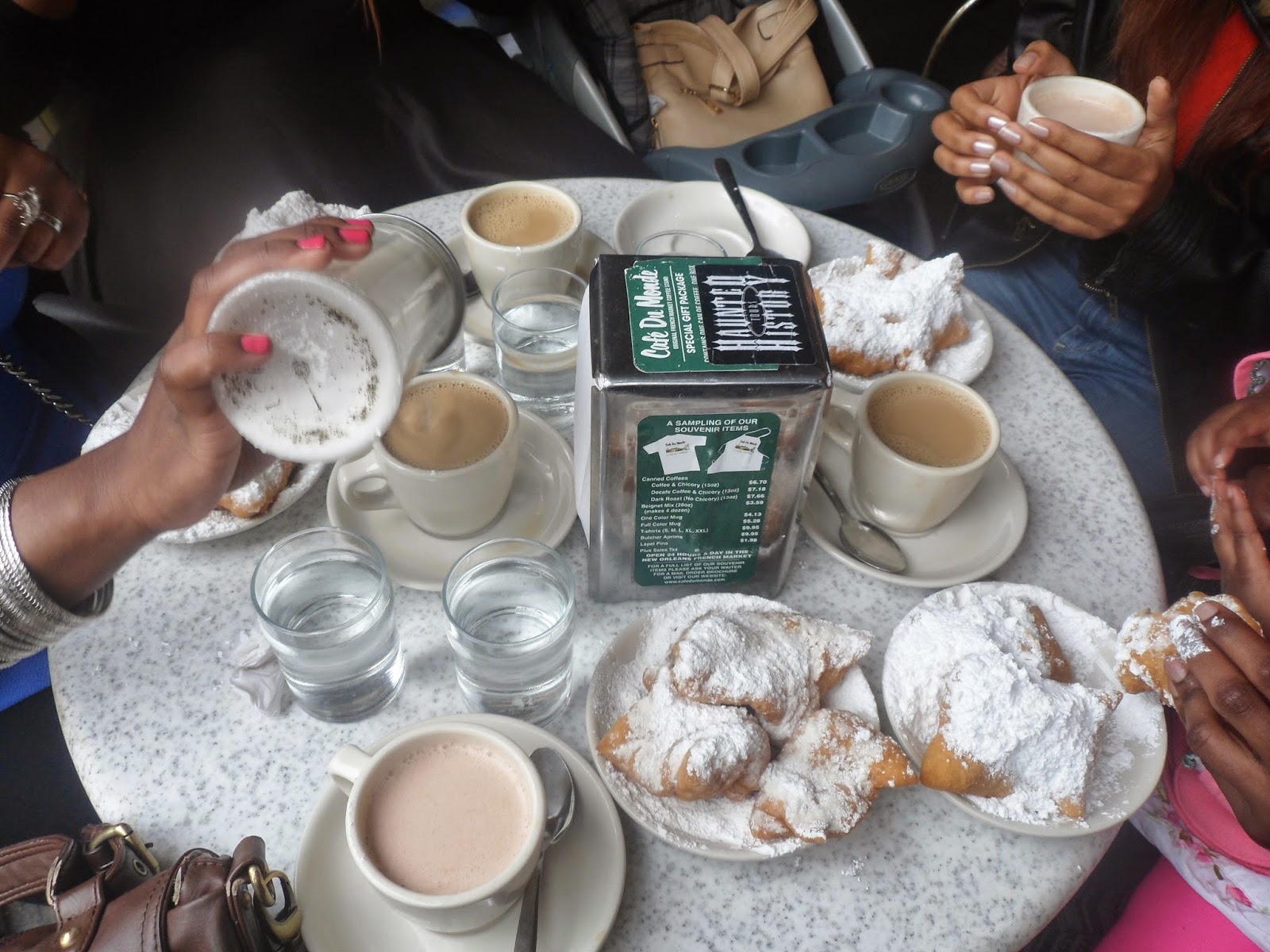 We left the park and then walked through the French Quarter, around from behind St. Louis Cathedral, and through Jackson Square to Café du Monde. Yes, again. Even though I said I wouldn't. But all the other girls wanted to go, and you're a lot less inclined to feel badly about such indulgences when you go on a nearly empty stomach. It was less crowded and my stomach felt less stuffed this time around, so my second time at this O.G. beignet joint was much less stressful than the first. 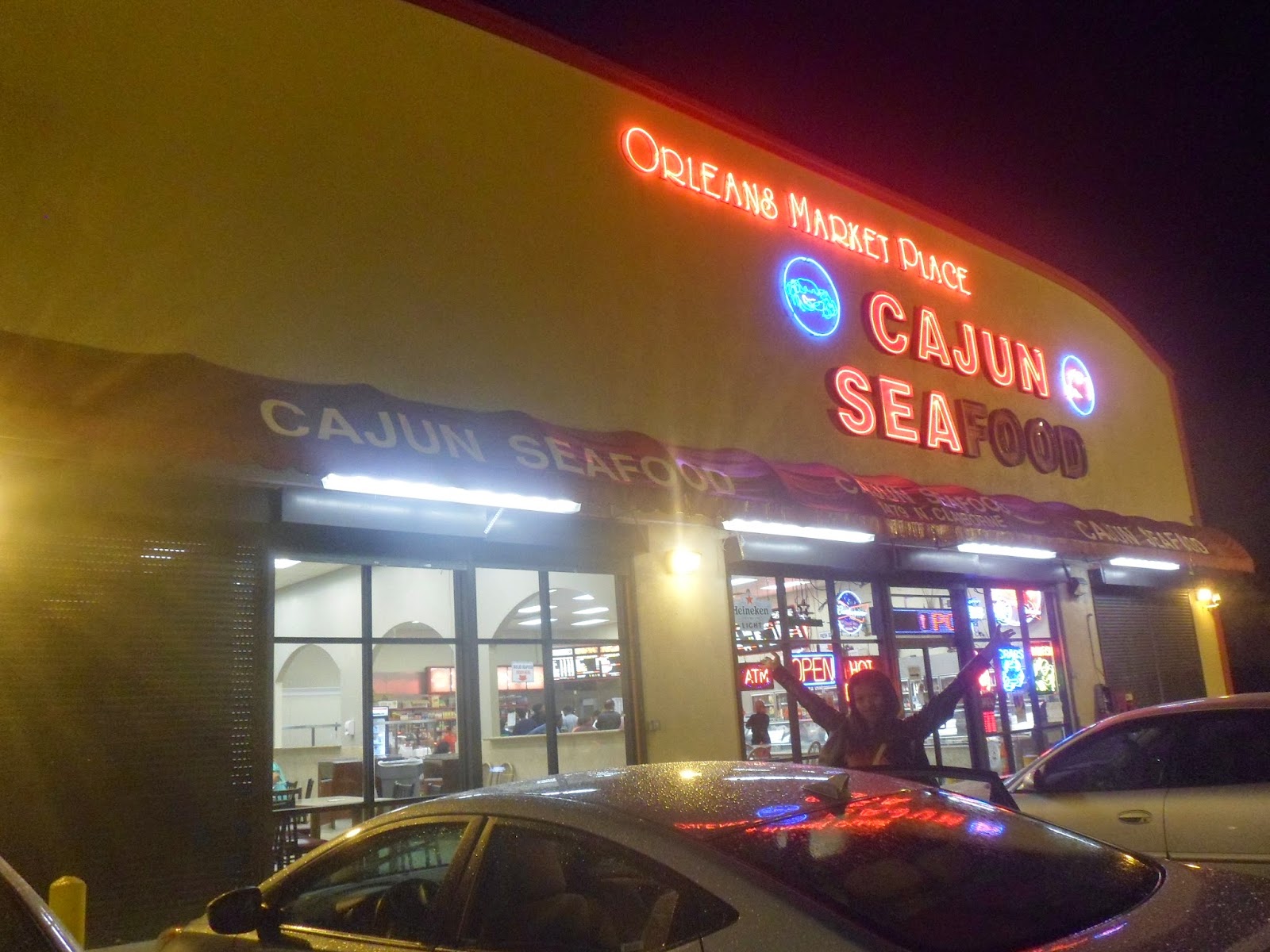 After finishing our treat, we all ventured back the way we came into Treme, so Winnie could drop off the stroller and we could all pile into the car before driving to the Ninth Ward. Winnie's staying in the hood now, and as a young person with a tight budget herself who recently watched the doc When the Levees Broke, she's become very passionate about NOLA's poor or overlooked people and places. She'd walked through the Lower Ninth Ward previously, and wanted us all to drive down there so we could get a feel for the "real" New Orleans and witness how little has been done even 10 years after Katrina. Unfortunately we got lost trying get down there, and then figured we wouldn't be able to see much anyway since it was dark. 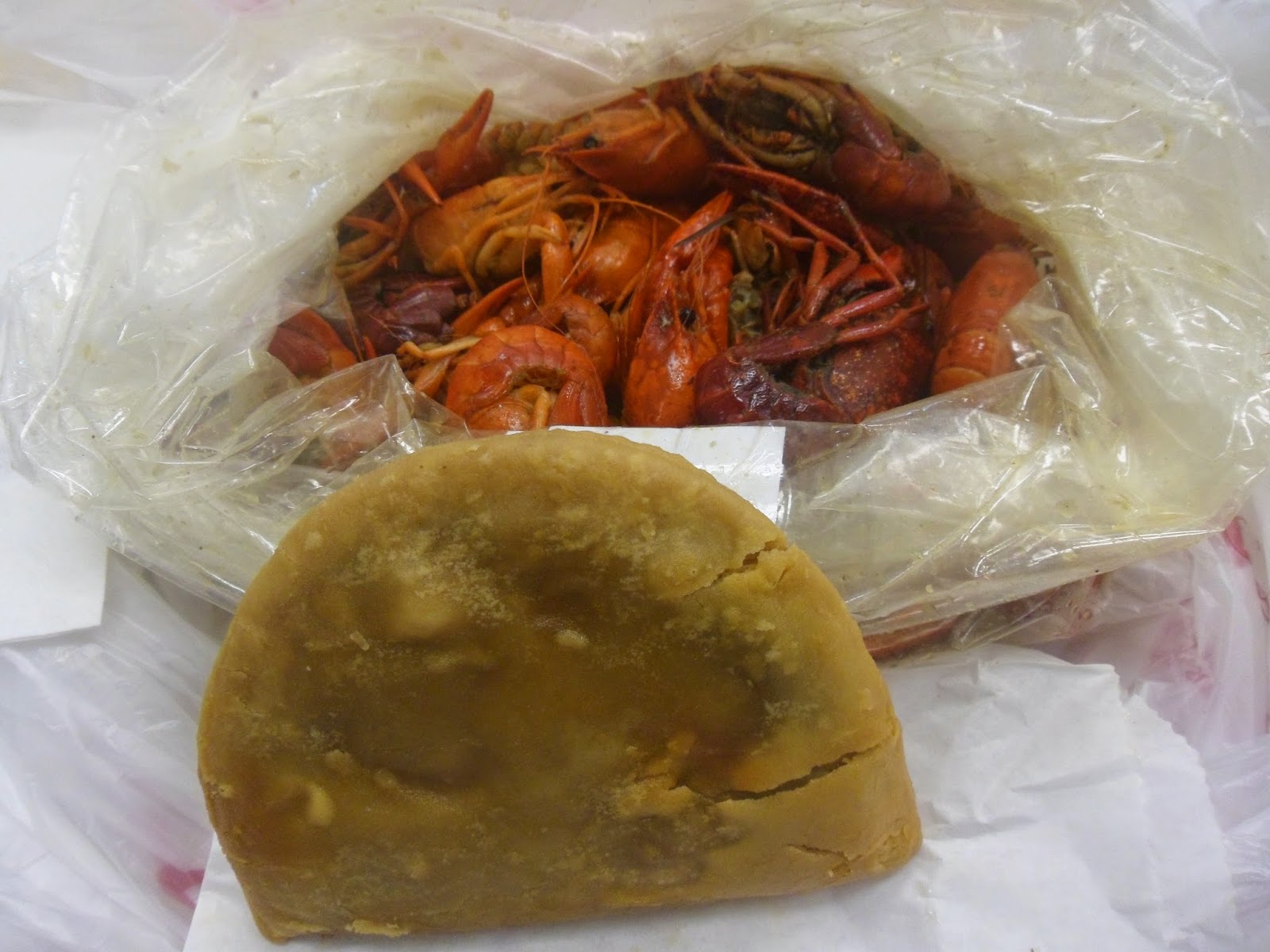 So we turned back and ate dinner at Cajun Seafood. I hadn't heard of the place before, but apparently the girls had been told that this is the place to go for cheap but fresh seafood and authentic Cajun dishes. It's quite a quandary walking into this place for the first time, because the restaurant also appears to be part liquor store and grocery, with two walls lined with anything from mustard to cold medicine to beer. But no matter. Wanting to check one more "must-eat" off my list, I got a pound of spicy boiled crawfish along with a crawfish pie. Nyasha tried to teach me how to eat the crawfish, but I didn't quite get the hang of it at first. I finished half the bag before we left, and took the other half back to the hotel to share with Ma. We watched a YouTube tutorial to learn how to eat them properly and finished them off together. Neither of us had eaten crawfish before today. 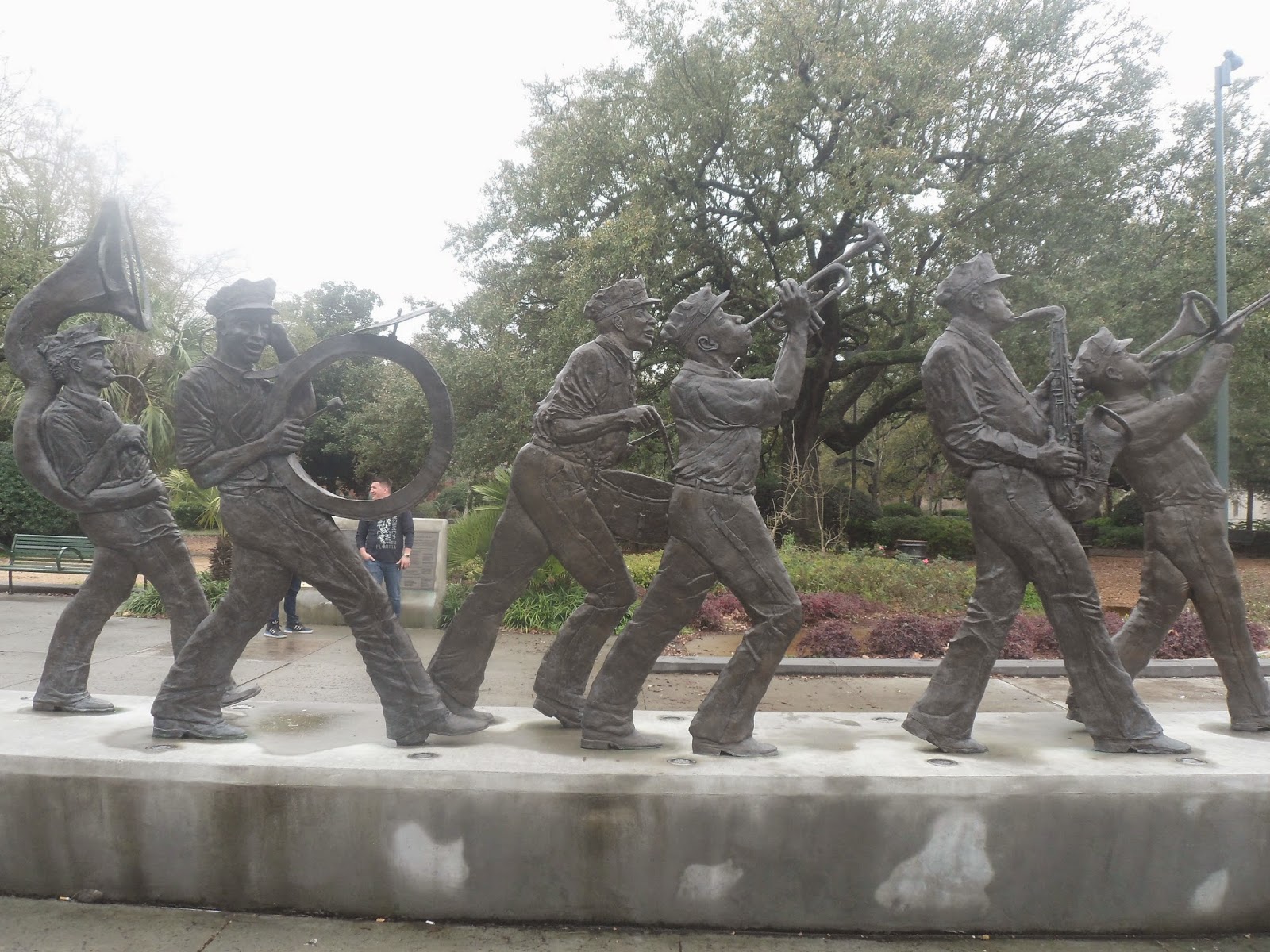 Ma and I had had no plans for today, so it was a blessing to unexpectedly be able to spend the day hanging out with current and new friends. I'm leaving New Orleans feeling so incredibly full. I told Ma quite a few times this week that in comparison to our trip to San Francisco, it felt like the week went by too quickly and that we hadn't done very much. Nonetheless we definitely explored more of the parameters of the city this time around, and while I felt relaxed and inspired at the end of our trip last year, I didn't feel moved like I do right now. I truly believe the coming to New Orleans was exactly what I needed in my life right now. Something in me has shifted. I'm incredibly grateful, because NOLA has inpsired me to get my voice back (literally and figuratively, haha). And not only regain it, but to use it, you know? Let loose a bit and share what's in me simply because I want to. Tomorrow I'm going to back home, and eventually my insecurities, uncertainty and shame will probably return to me as well. But I will be returning with a renewed voice and an even more rooted calm, all thanks to this great city called New Orleans. God Bless you, Big Easy. Without a doubt, I will be back.