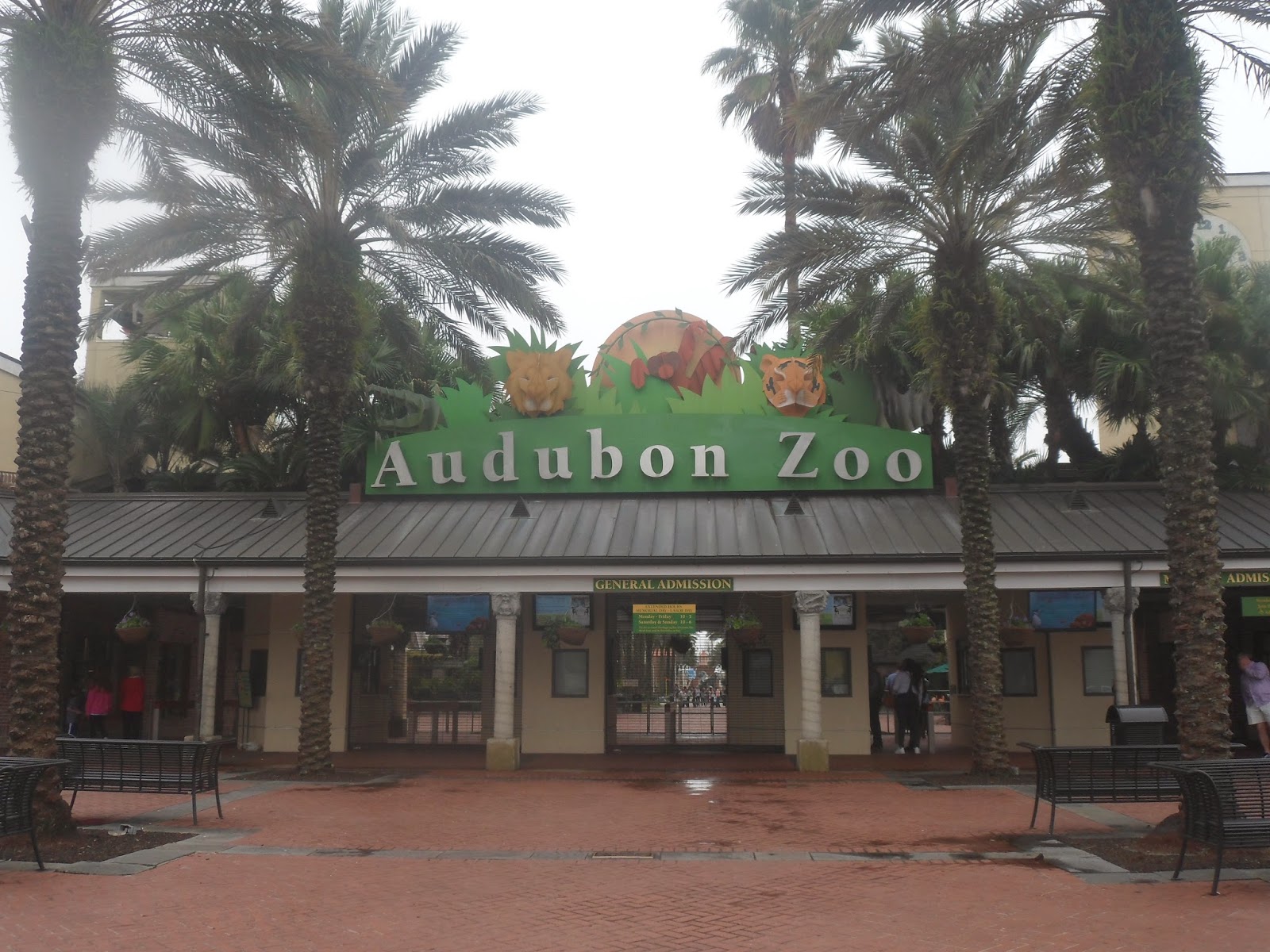 Truth be told, we were originally supposed to start the day with a short tour of the Villalobos Rescue Center in the Ninth Ward. But then Ma made known to me that she wasn't really interested in going there. She's not that into animals, she's not that big a fan of 'Pit Bulls and Parolees', and she was concerned about venturing into what's known as a pretty rough area. Since this vacation is for the both of us (and let's be real, since Ma's the one paying for all this), I didn't want to have her do something that she wouldn't enjoy. Plus I figured it wouldn't be worth it to take a taxi all the way out there and back just to be there for a short period of time. So we opted to go to the zoo instead. After visiting the saddest zoo on Earth for my birthday back in 2011, I sort of swore off zoos. But we read a lot of good things about this one so we got up and rode a bus down Magazine Street toward Audubon Park, in the southwestern part of the city. Our stop was right near the entrance of Audubon Zoo. 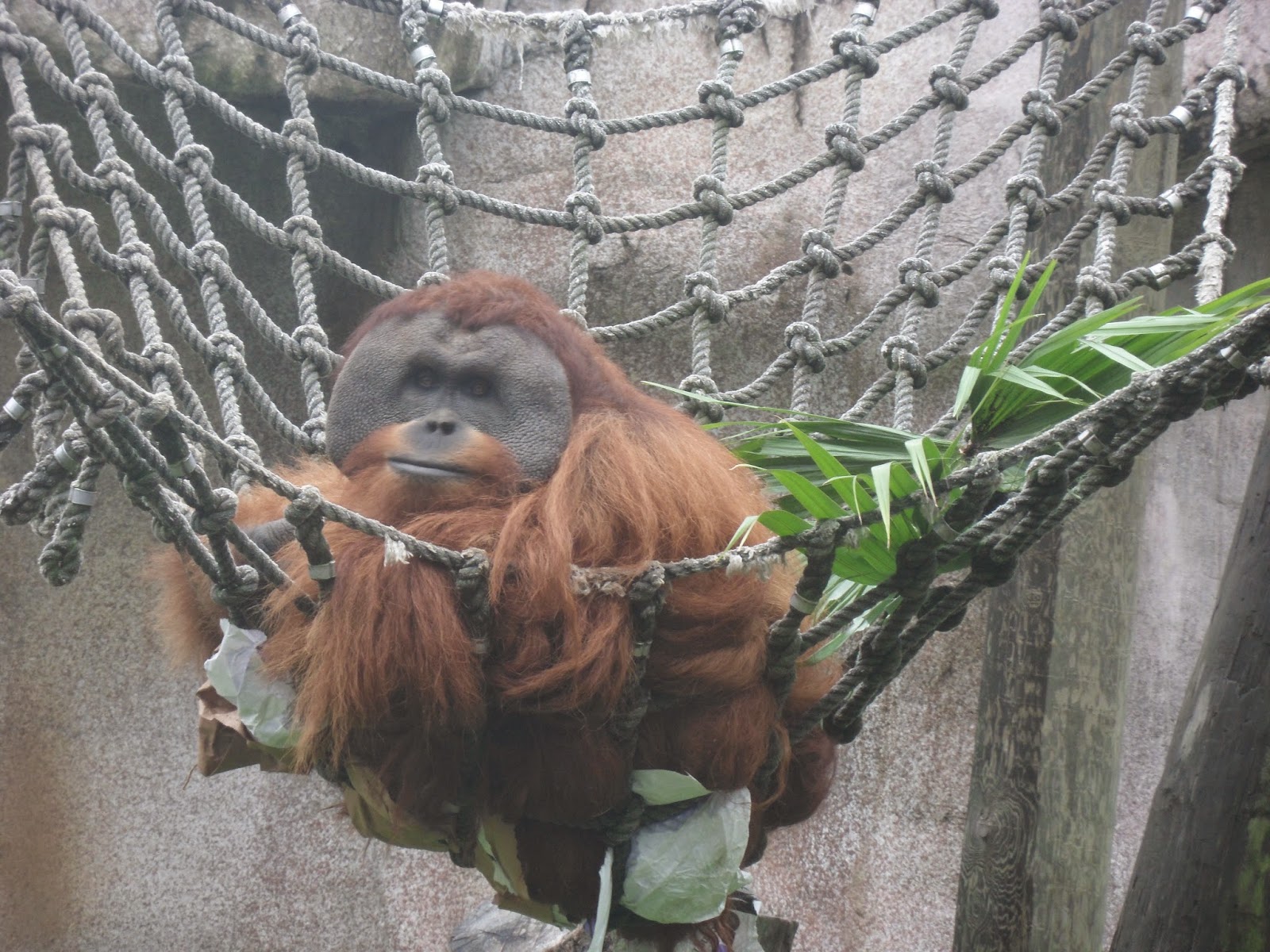 Considering that quite a few exhibits were closed due to construction or weather-related reasons, in retrospect they probably could've come down from their regular $19 adult ticket price. But even with the closed exhibits (boo! no elephants or giraffes, and no lions or rhinos to begin with!), there was still much to see and the diverse greenery made for a pleasant walk. I was especially impressed with the primate and Louisiana Swamp exhibits. We got to watch the animals feed in the former, and in the latter we got to walk through a man-made swamp while learning about its ecological system and Cajun culinary habits. 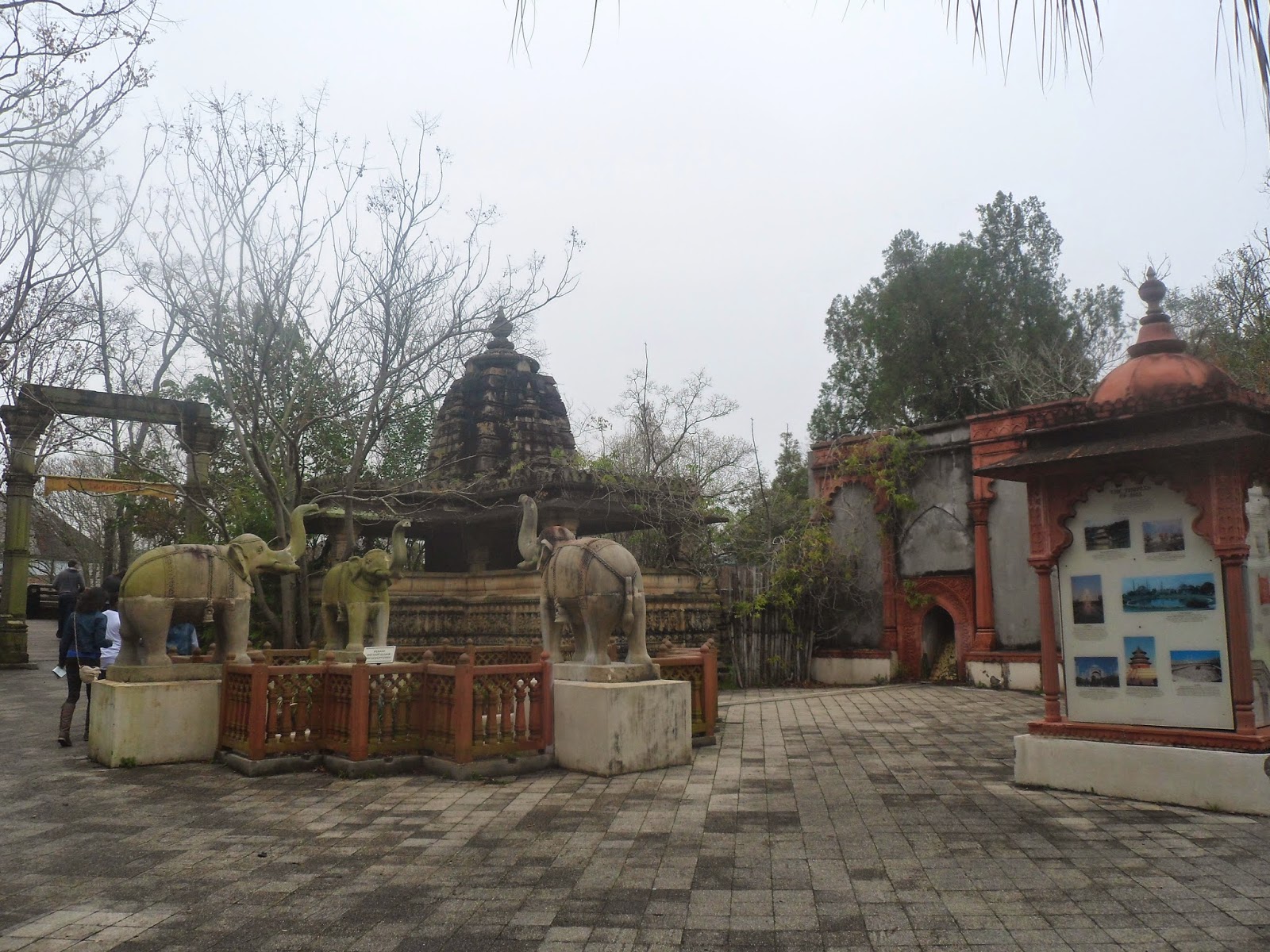 The only negative thing that I couldn't help but notice about the zoo is the issue of cultural appropriation. Granted, I'm no expert on the topic nor on the cultures or geographic locations that the zoo was organized into, but something about it rubbed me the wrong way. With the exception of a couple species-specific exhibits, most of the zoo is divided into geographically-themed sections: Asian Domain, African Savanna, Jaguar Jungle (Mayan civilization), and South America Pampas. They tried to recreate a lot of culturally-specific architecture and include information boards about history or customs in each area, but it still just... didn't feel right. Even with all the details it felt cheap, artificial, forced. I think there's a difference between trying to give people an idea of what a place is like versus making a copy of it and showing it off like "Behold! You've now been transported into [insert destination]. It's just like the real thing!" And Audubon Zoo, bless its heart, toes that line a little too closely for my liking. I'll just leave it at that. But otherwise, Ma and I were very much pleased with our experience. 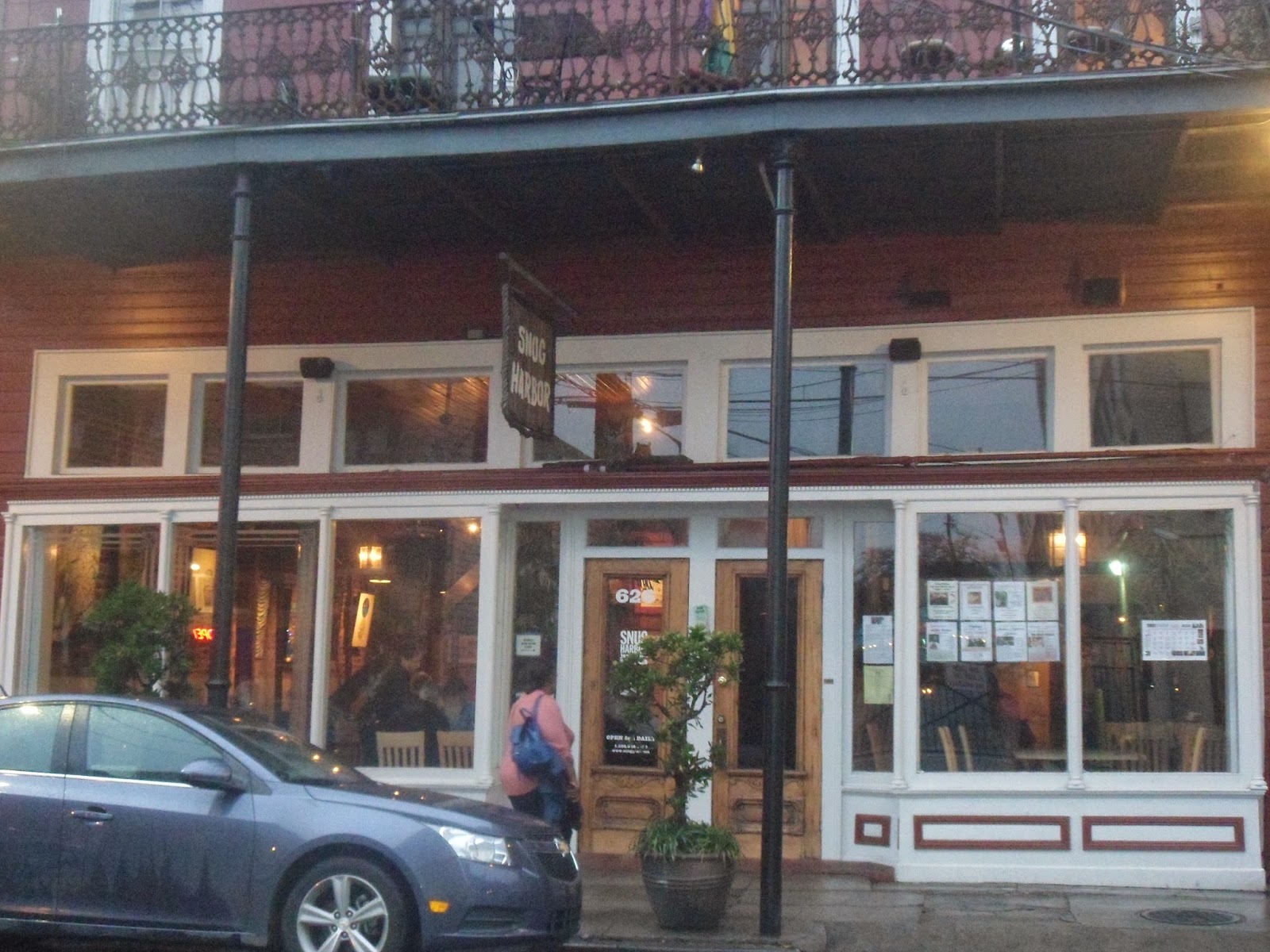 After returning to the hotel for our routine downtime, we changed clothes and went to Frenchmen Street again like we did last night. This time we were going to check out Uptown Jazz Orchestra at Snug Harbor Jazz Bistro. This band plays at Snug Harbor twice a night every Wednesday night, and we were going to its 8pm show. Like its smaller and more crowded neighbor across the street, Spotted Cat, Snug Harbor is renowned for its quality jazz musicianship and invigorating performances. However, Snug Harbor has a more exclusive feel because unlike most of the music venues on Frenchmen, you can't just pop in and out of the show here. You have to buy tickets in advance. Additionally, the music space, bar, and restaurant are separated from each other so that while you can hear the music from outside the music room, no one can actually enjoy the show in full without having paid to attend. In comparison to the rest of the street this might seem elitist, but I think it's nice because it maintains a semblance of order and keeps the crowds down. 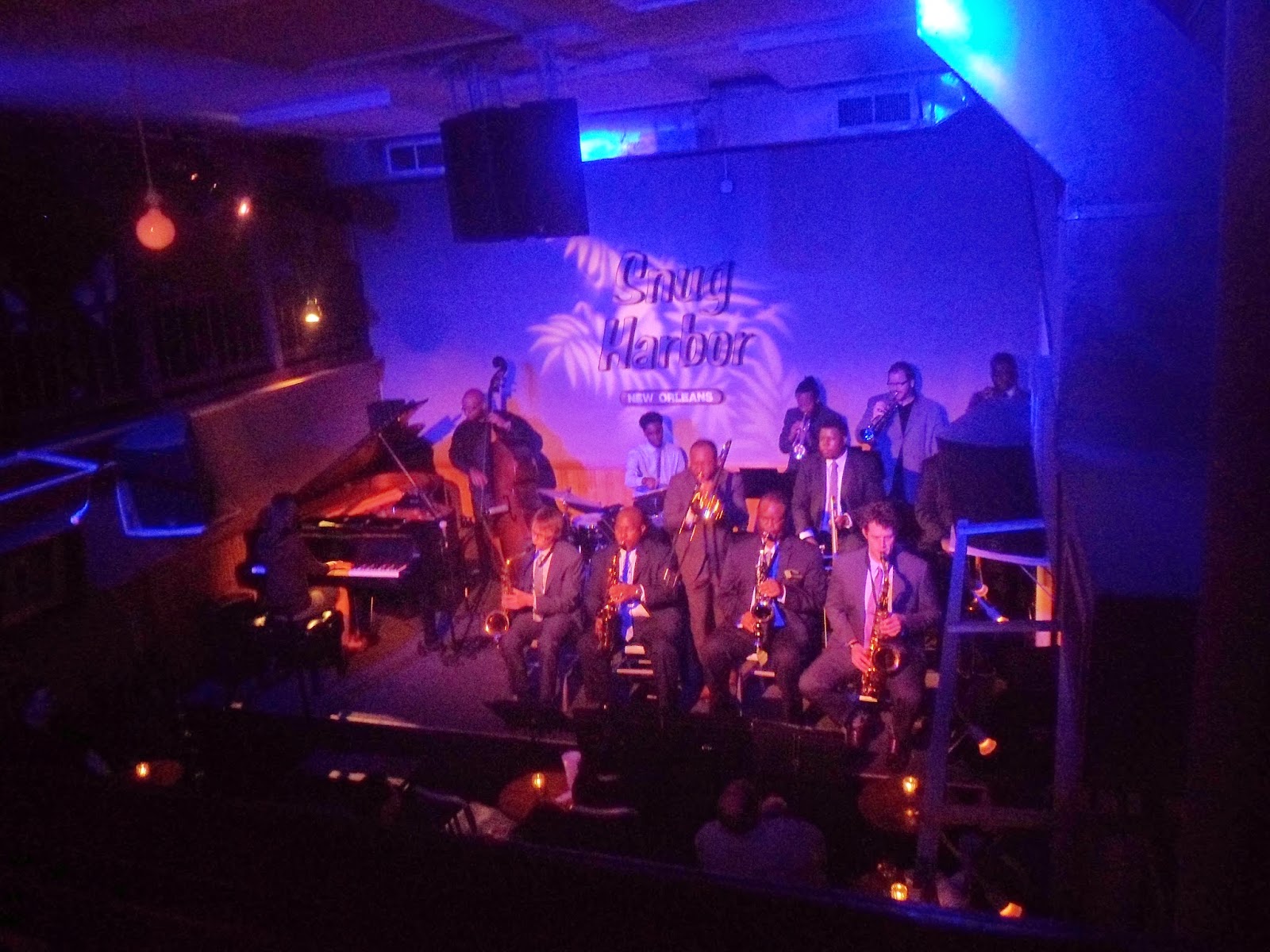 I'm not sure what Uptown Jazz Orchestra's normal roster is, but tonight the band consisted of 14 members: four trumpets (including a vocalist), three trombones (including the bandleader), four saxes (including a clarinet player), a bassist, a piano player (the only woman in the bunch), and a drummer. Most of the band was made up of black men, and the members varied greatly in age and place of origin. But what of the music, you ask?  Man... If you want to talk about skill and showmanship, wooo-wheee these folks got it! This was our fourth time going to listen to music here in New Orleans, and we were most impressed and entertained this time by far. You'll especially like Uptown if you're into big band, blues, and swing jazz styles. It was a special treat for those of us like Ma and me who were seated on the second floor. We not only got an excellent view of the house but we got to experience the music first. The musicians warmed up on our floor, then at the beginning of the show they played their way downstairs and to the stage. They ended their show with the procession going back up the stairs the way they came. It was all just so inspiring and exciting and magical. 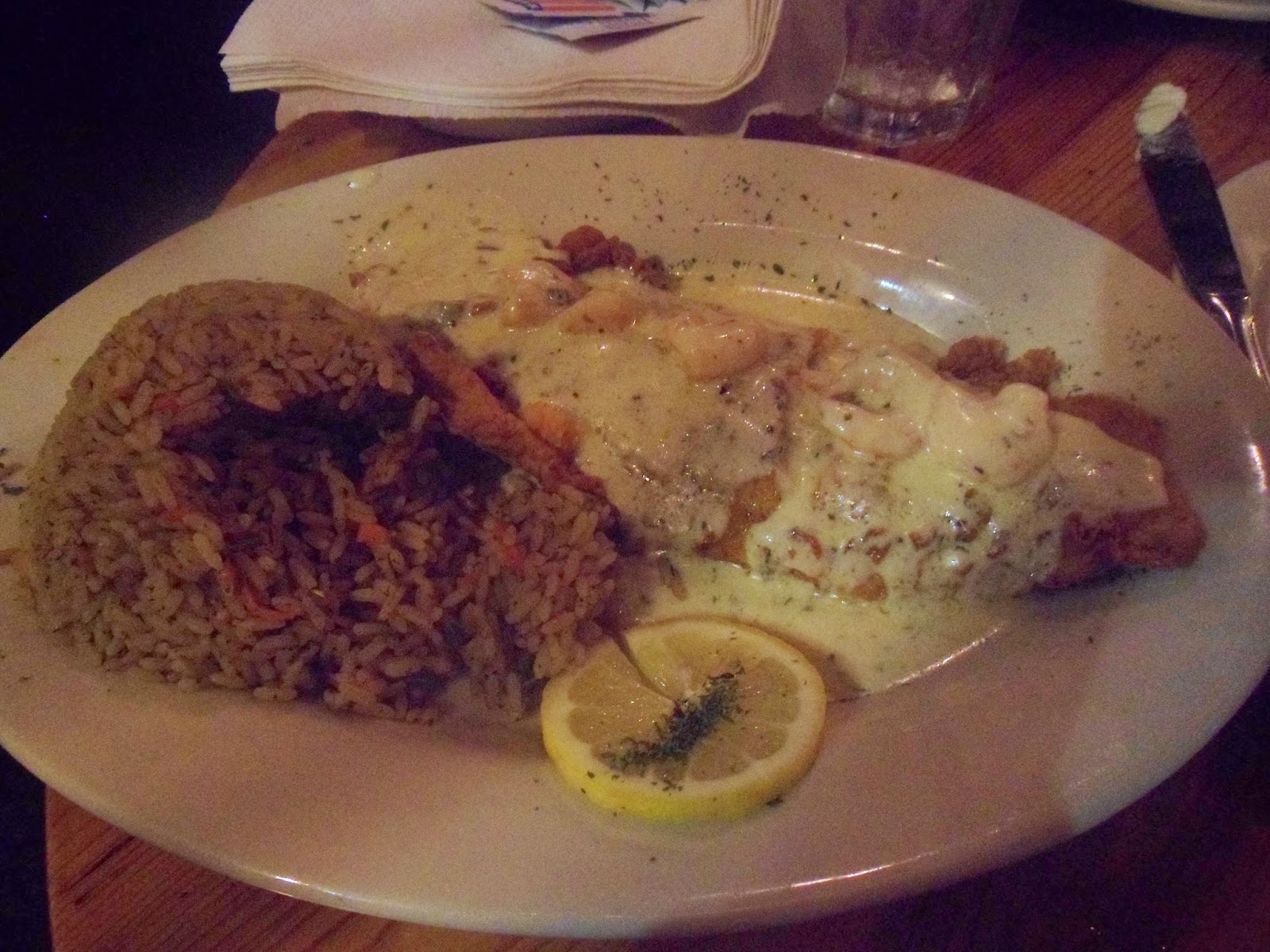 Since we hadn't eaten in a while, after the show we migrated to the dining room for dinner. Both of us had gumbo, and I had Fish Marigny. Everything was excellent, and the gumbo (which was 100 times spicier, meatier, and just better than Praline Connection's, just saying) ended up being free because they'd taken  too long to get a waitress to our table. With a fantastic jazz performance and a quality dining experience, Ma and I definitely ended the night on a high note!