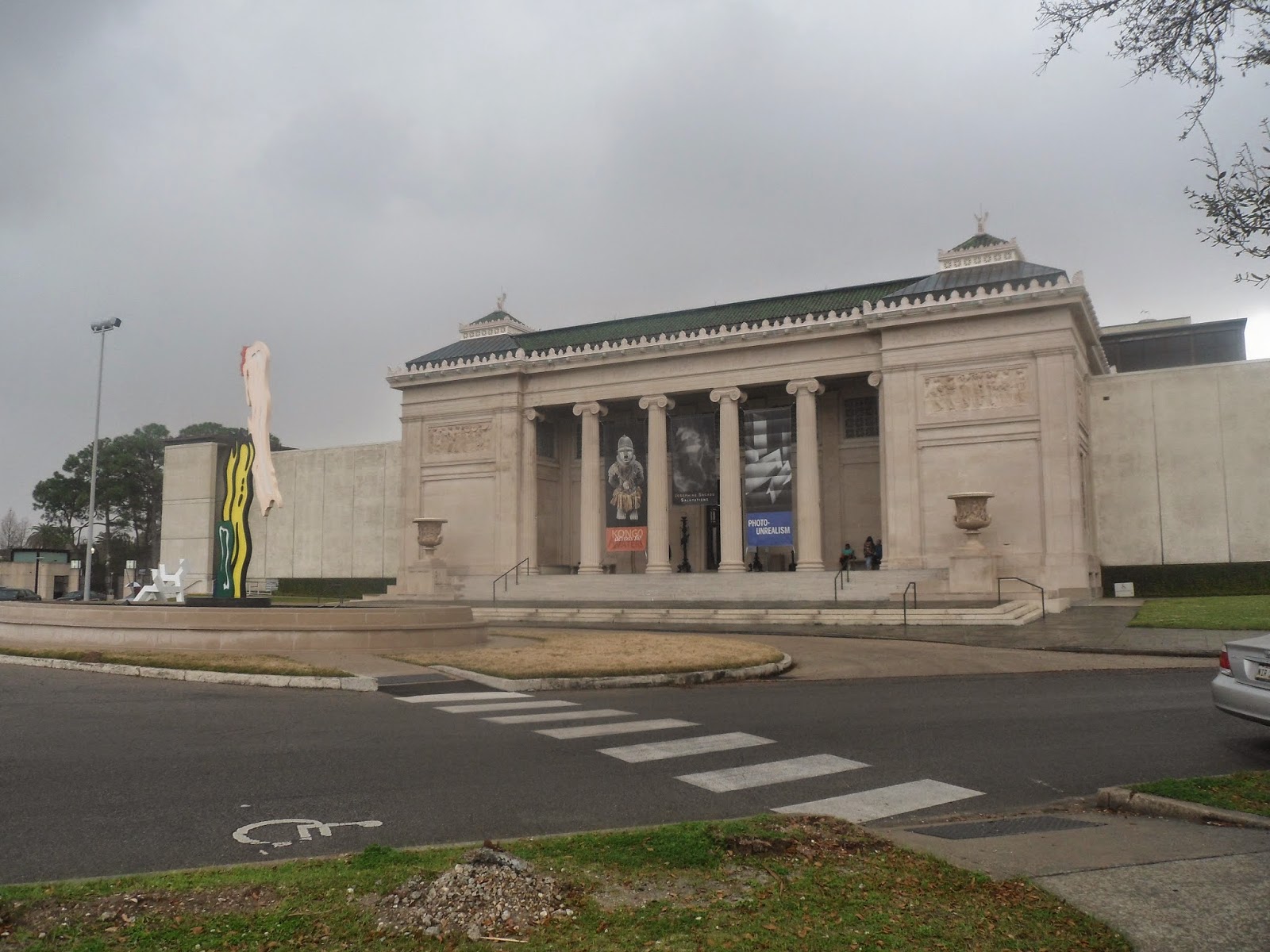 Early in the afternoon, we started our day by riding a bus up Rampart and Esplanade to the New Orleans Museum of Art (NOMA) in City Park. The Museum looks imposing from the outside, but it's totally doable to get through all the rooms on all three floors in just two or three hours. The first floor holds European art and the special exhibition "Kongo Across the Waters", which looks at Kongo art in western/central Africa and how it's influenced black art and culture in the States. The second floor contains American/Louisiana, orientalist, modern, contemporary, photography, and more European art. It also features two special photography exhibits, "Photo-Unrealism" and "Josephine Sacabo: Salutations". Last but not least, the third floor contains Asian (Chinese, Indian, Japanese), Oceanic, African, Native American, and Precolumbian art. 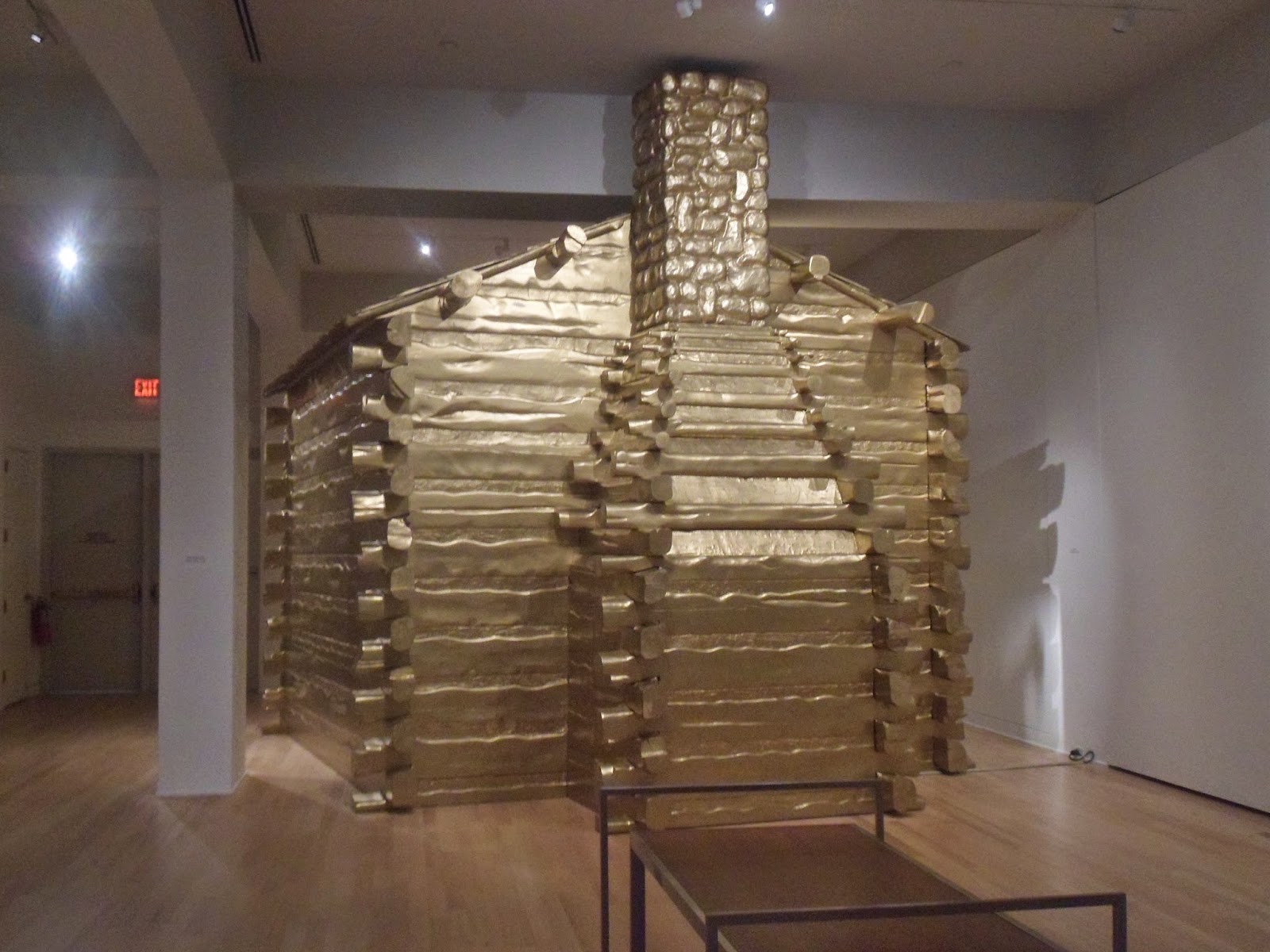 We started on the first floor and worked our way up. Though the museum's been around for over 100 years, its interior is very sleek. It's smaller than it looks but there's still plenty to see, such as Will Ryman's America (2013), a log cabin painted gold and outfitted with items representing the various industries that have sustained America throughout its history (from slave chains to iPhones and iPads). 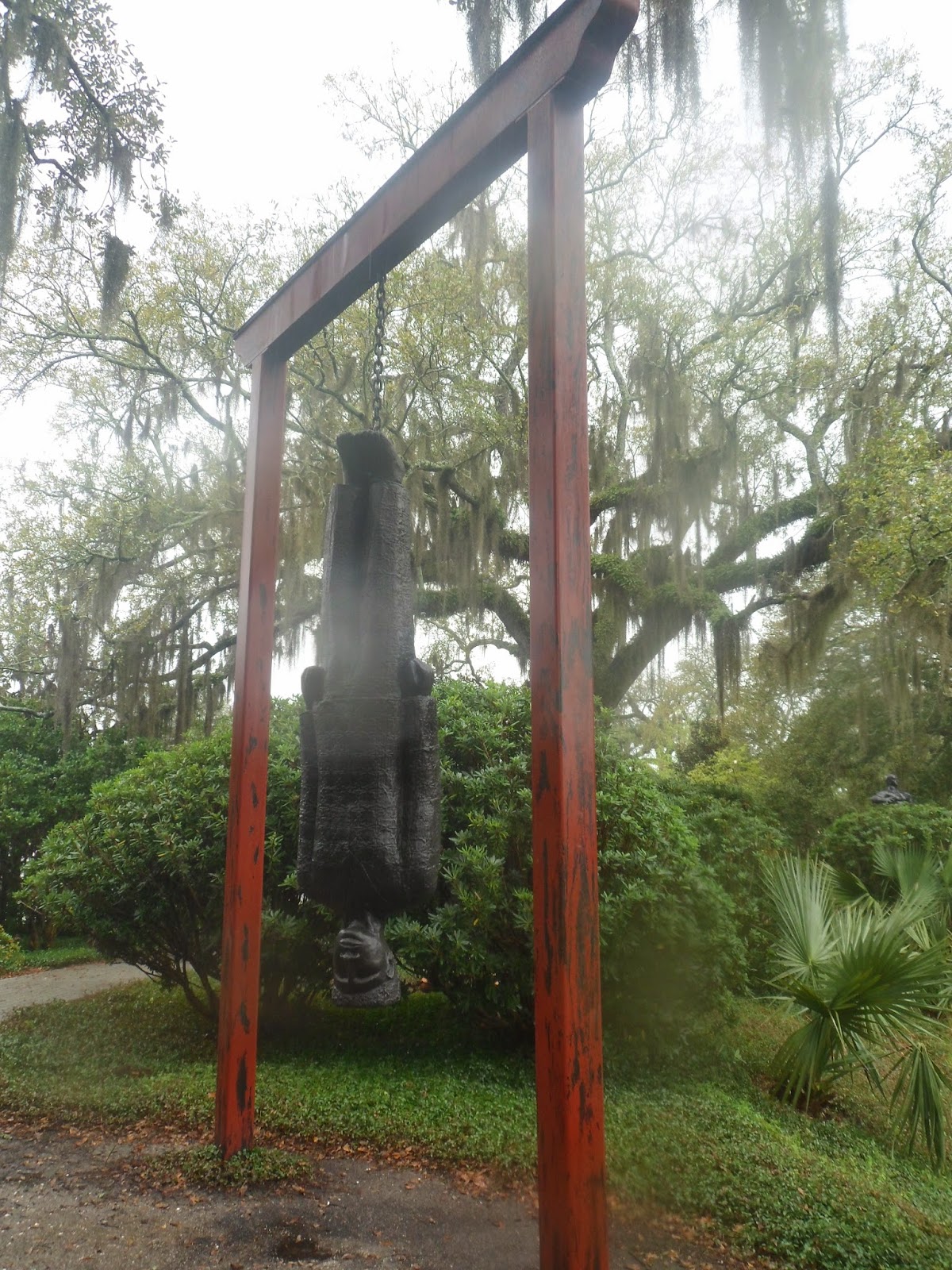 Next we exited the museum and circled around back to the Sculpture Garden, which has free admission! Just as the title suggests, it's a lush and path-laden garden with sculptures placed throughout. Some are abstract, others quirky, while others make political or social statements. The one I found most jarring was Travelin' Light (1999) by Alison Saar, which features the bronze figure of a young black man with a hi-top fade and a suit being hung by his feet from a Japanese torii. Creating an image reminiscent of lynching, apparently it also functions as a bell and is meant to pay tribute to all victims of abandonment, torture, violence, and terror. 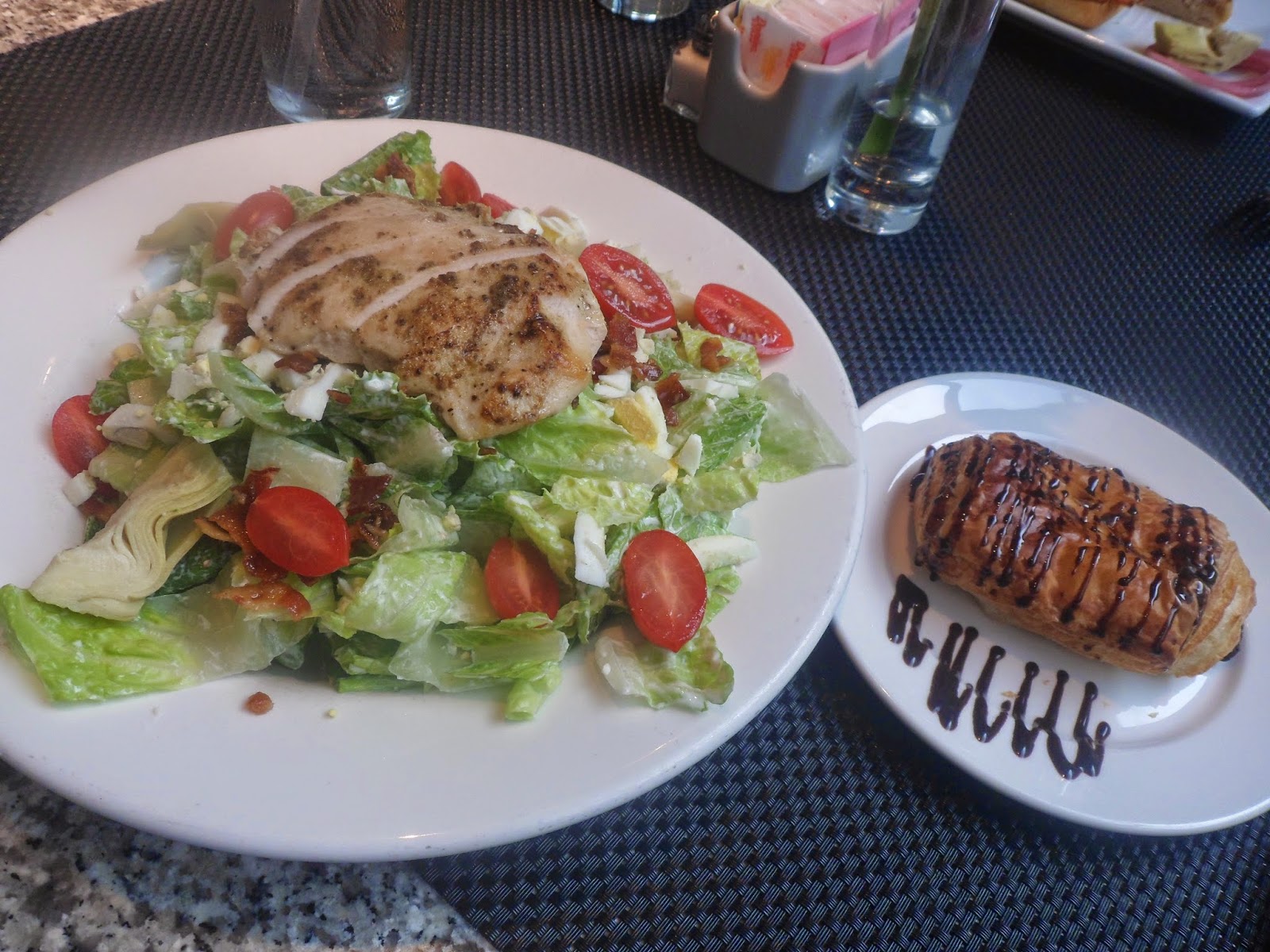 After that, the original plan was to walk around City Park itself. But we realized the park was too massive for us to cover and we no longer had the energy after having walked around the museum for most of the afternoon. So instead we just had lunch at Cafe NOMA inside the museum and then headed back to the hotel for our routine downtime.

Our target for tonight was Frenchmen Street in Faubourg Marigny. Close enough to the Quarter to walk there, but far enough to escape the tourist crowds and noisy wanton boozefest. I'd heard said that it's all about the music here on this street, and that appears to be true. The street boasts many of New Orleans' most popular music clubs, and something I noticed is that many of them place their stages right at the front windows, so that the loud music being played by bands will attract more people from the streets. This includes The Spotted Cat Music Club, but I'll get back to that in a second. 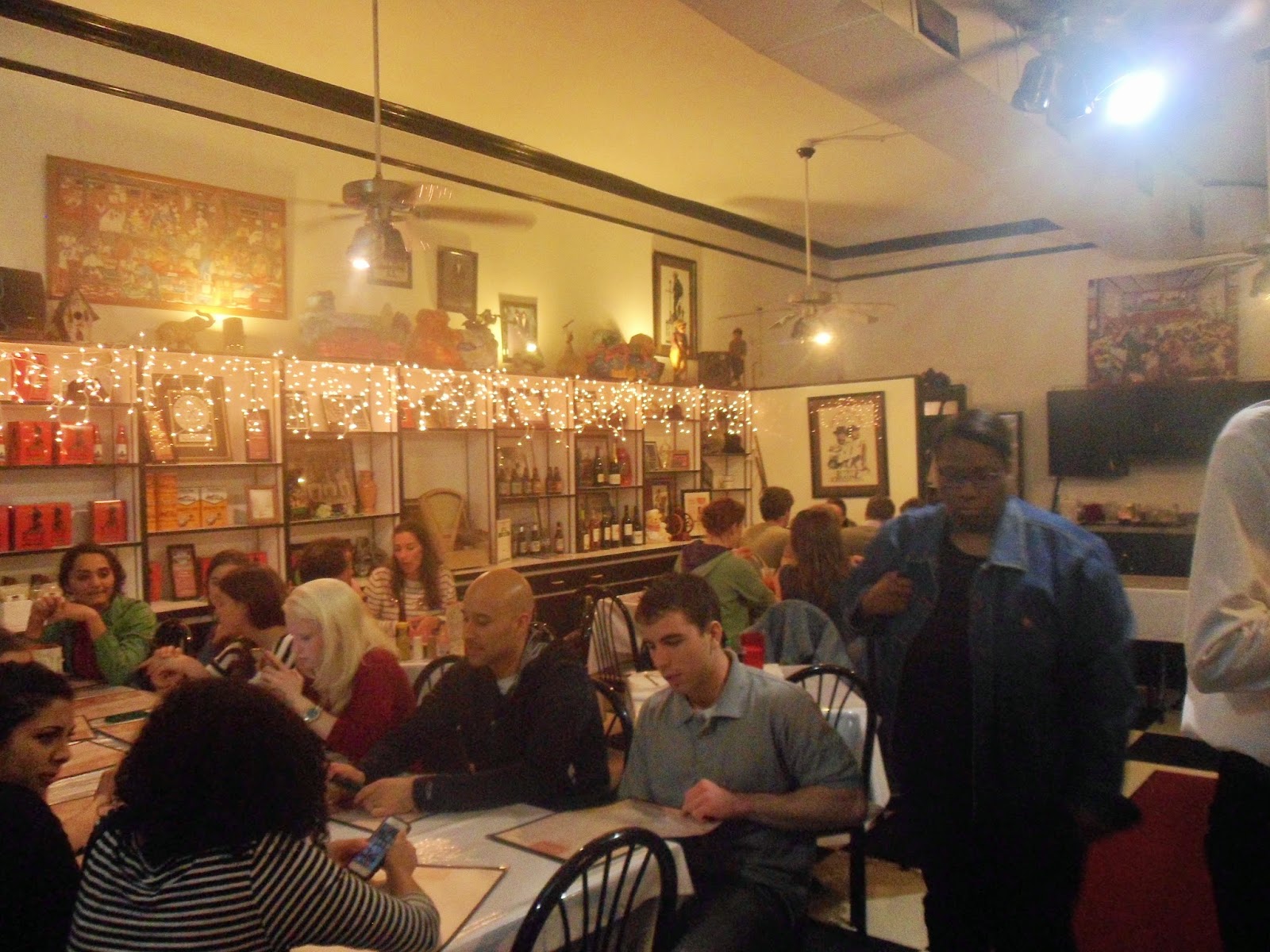 Having not eaten since afternoon, we decided to have dinner at The  Praline Connection. It's primarily a soul food restaurant but it also serves Cajun/Creole food because duh, we're in New Orleans! Ma ordered jambalaya and greens, I ordered the filé gumbo, and we both got complimentary cornbread. I can't speak for Ma's food but I will say that the gumbo was just okay. It was flavorful, but didn't have any spice or enough juicy bits. However the cornbread was absolutely perfect! It had just the right amount of butter/sugar to make it moist and sweet without making it taste like an overdone sugar cookie. 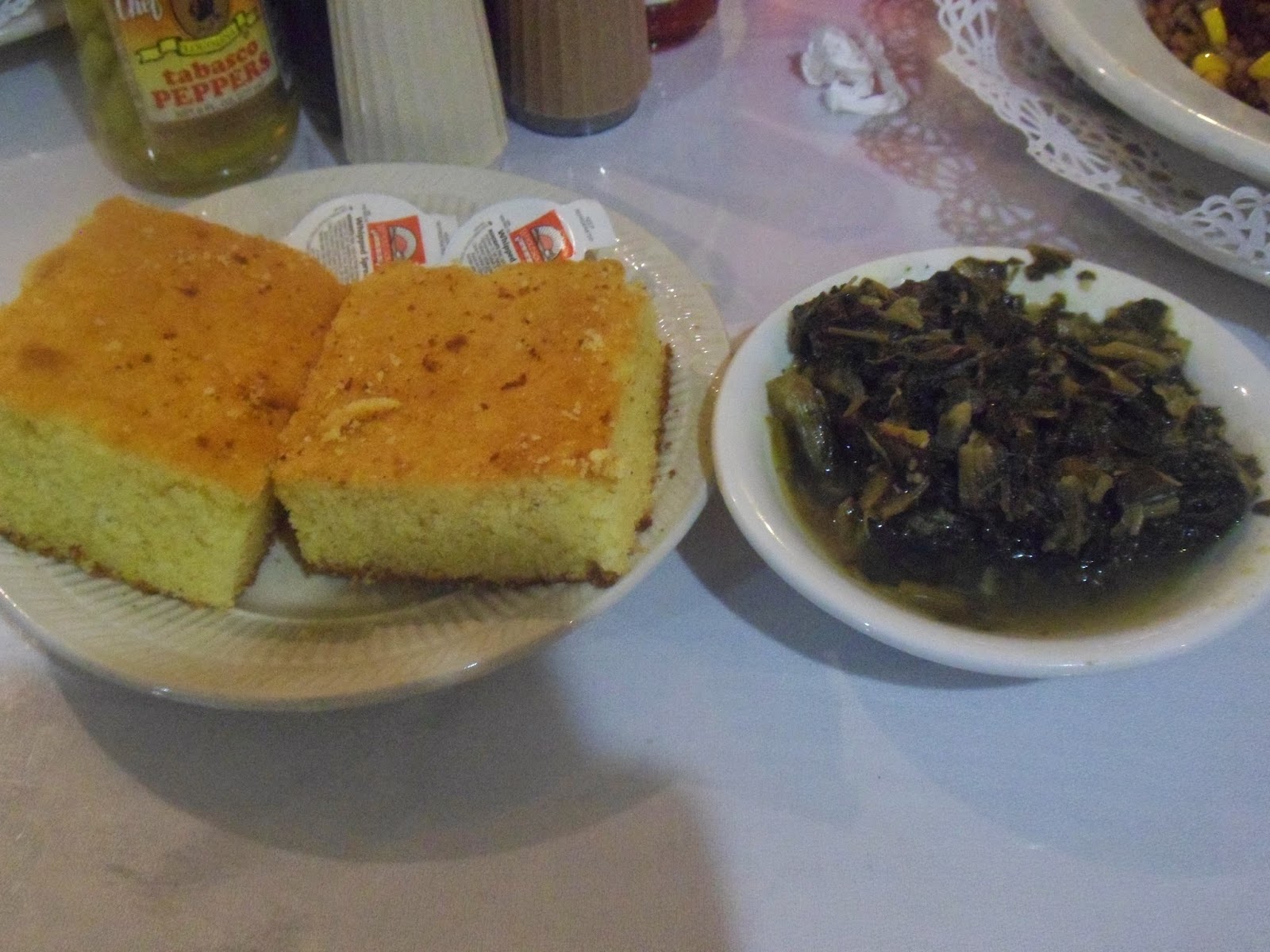 Since it's called The Praline Connection, I was disappointed to look at the menu and realize that the restaurant doesn't actually have pralines as a desert option. (I've never had them before and was hoping to try them.) They have an adjacent candy store where you can buy them in boxes, but I wasn't trying to do all that so I just got the bread pudding with praline sauce instead. Would've preferred it warm instead of chilled, but otherwise it was also perfect. All in all I would say that Praline Connection has some solid soul food, thought it's good not great. But I'd definitely go back just for the cornbread and the home-y feel of the dining area. 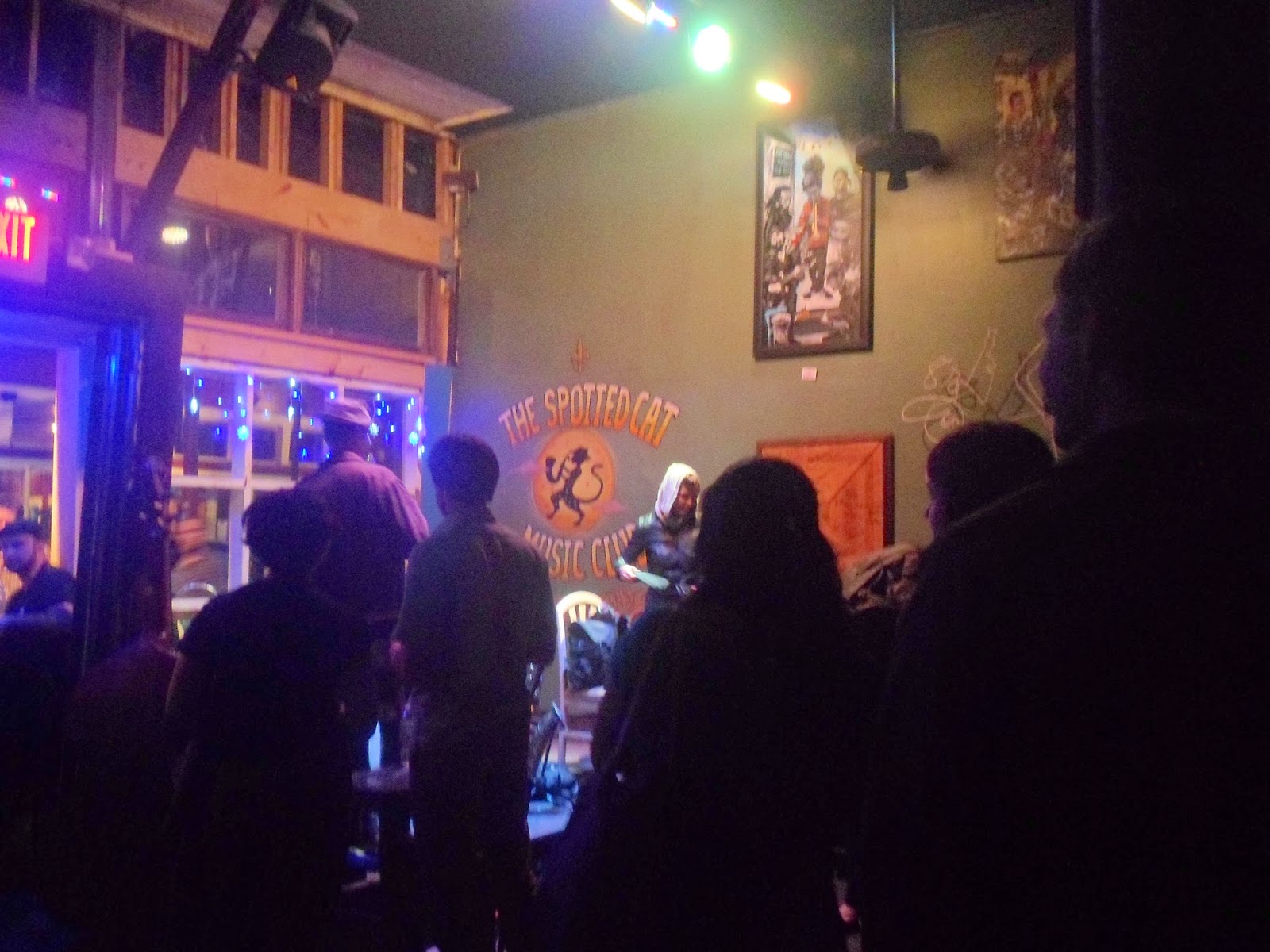 From there we made our way down the street to The Spotted Cat Music Club. This jazz club is incredibly famous and popular, and I'm not exactly sure why. But nonetheless, expect wall-to-wall people there no matter what night you go. The crowd had even spilled outside of the building, with onlookers gathered around the windows. Spotted Cat only has a 1-drink minimum and no cover, but you could honestly slip in and not buy anything since there are too many people to keep track. (Still, you should probably show a little respect and buy something anyway.) Ma and I arrived to catch the tail end of Meschiya Lake & The Little Big Horns' set, and we stayed through half of Smokin' Time Jazz Club's set. They both were very skilled and spunky bands in my opinion. The energy in the room was amazing the entire time (as crowded as the place was, folks still made room for couples to swing dance in front of the stage)! But Ma wasn't very impressed, saying that Smokin' Time's swing-style songs all sounded the same, and that she wasn't impressed by their vocalist. Eh well, can't please em all. 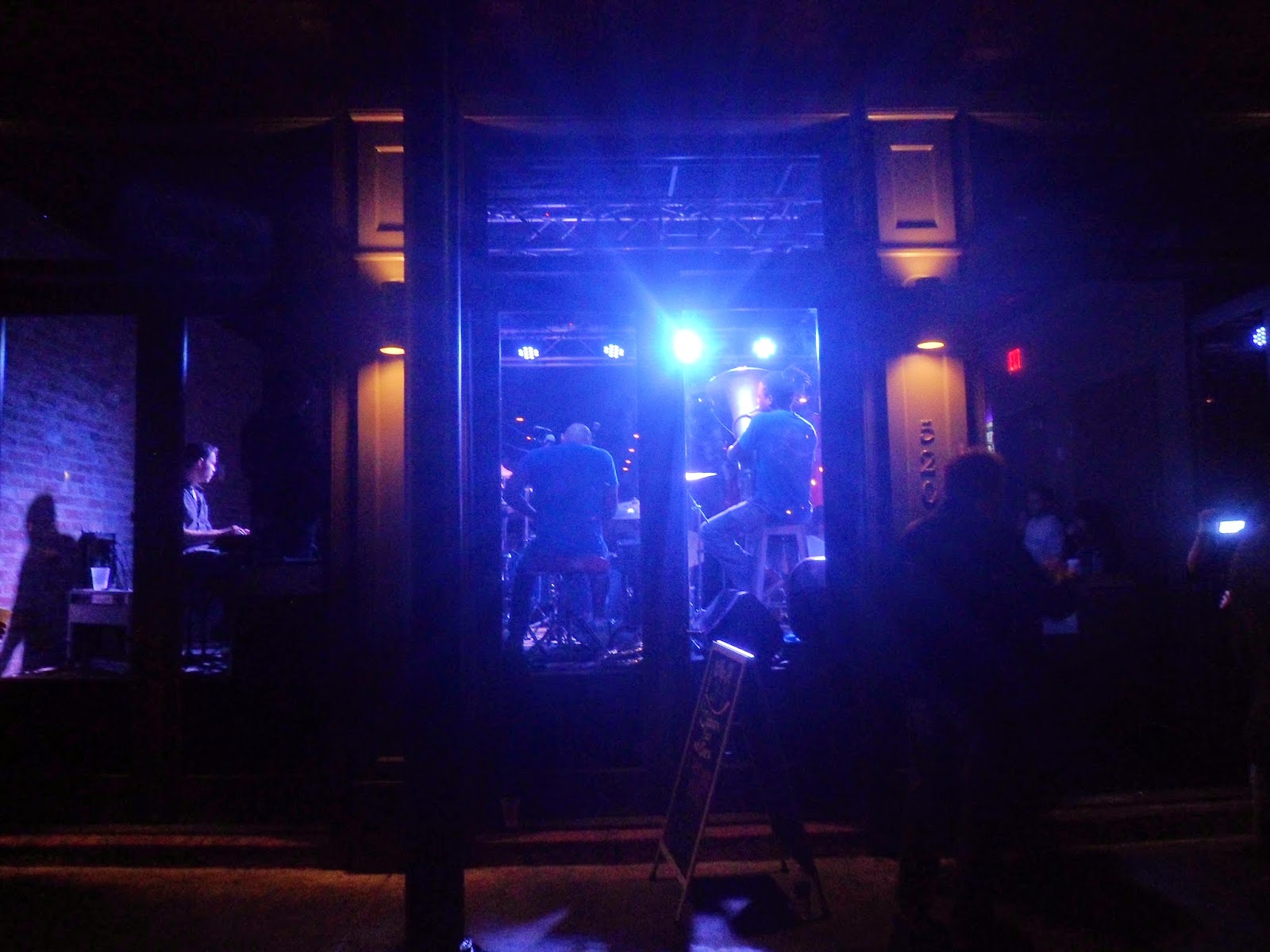 Lastly I just wanted to mention that on the way "home" we caught a couple of songs while standing outside of 30-90 Degrees, a jazz club with a huge dance floor that just opened in January. The crowd in their seemed like they were having tons of fun. It doesn't have a website or anything, but for future references it's at 520 Frenchmen and the only food they serve is pizza. The band they had up there was jammin' but I haven't been able to figure out what the name of it was...