I was really tired this morning, but seeing these beautiful and unbothered creatures perked me right up! 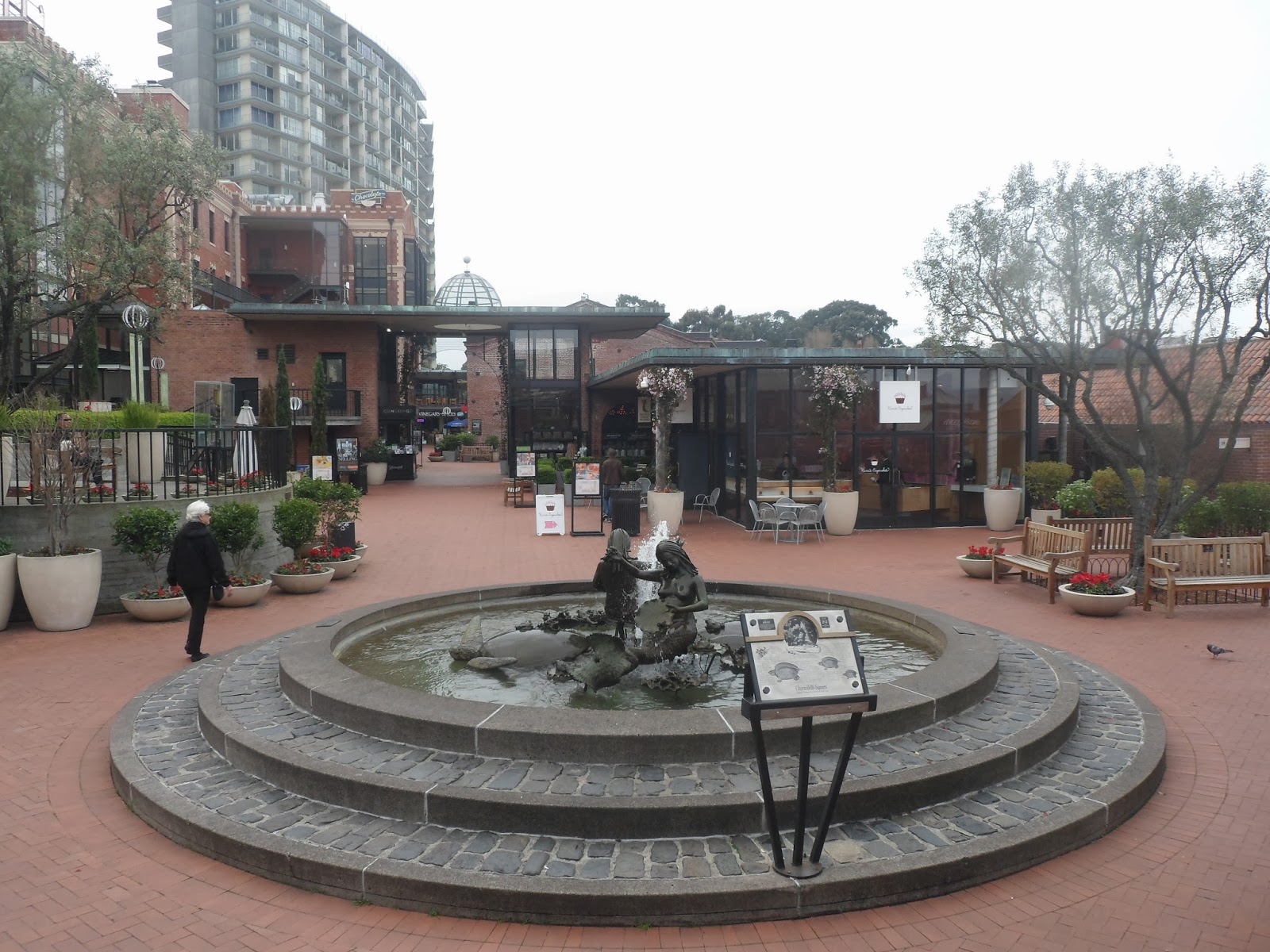 Pier 39 and Fisherman's Wharf were our first stops today. Being near so much water was incredibly refreshing, and we had a nice walk taking in the sights. After watching the sea lions and taking pictures, we stopped to buy some bread from Boudin at the Wharf before leaving. From there we walked to Ghirardelli Square. To be honest, there isn't really much to do there other than buy stuff and eat things. But it is a very pleasant place to just sit and enjoy the day. Ma and I aren't really chocolate lovers, so we didn't buy anything, but we each got free chocolate upon walking into the Ghirardelli chocolate shop and marketplace. 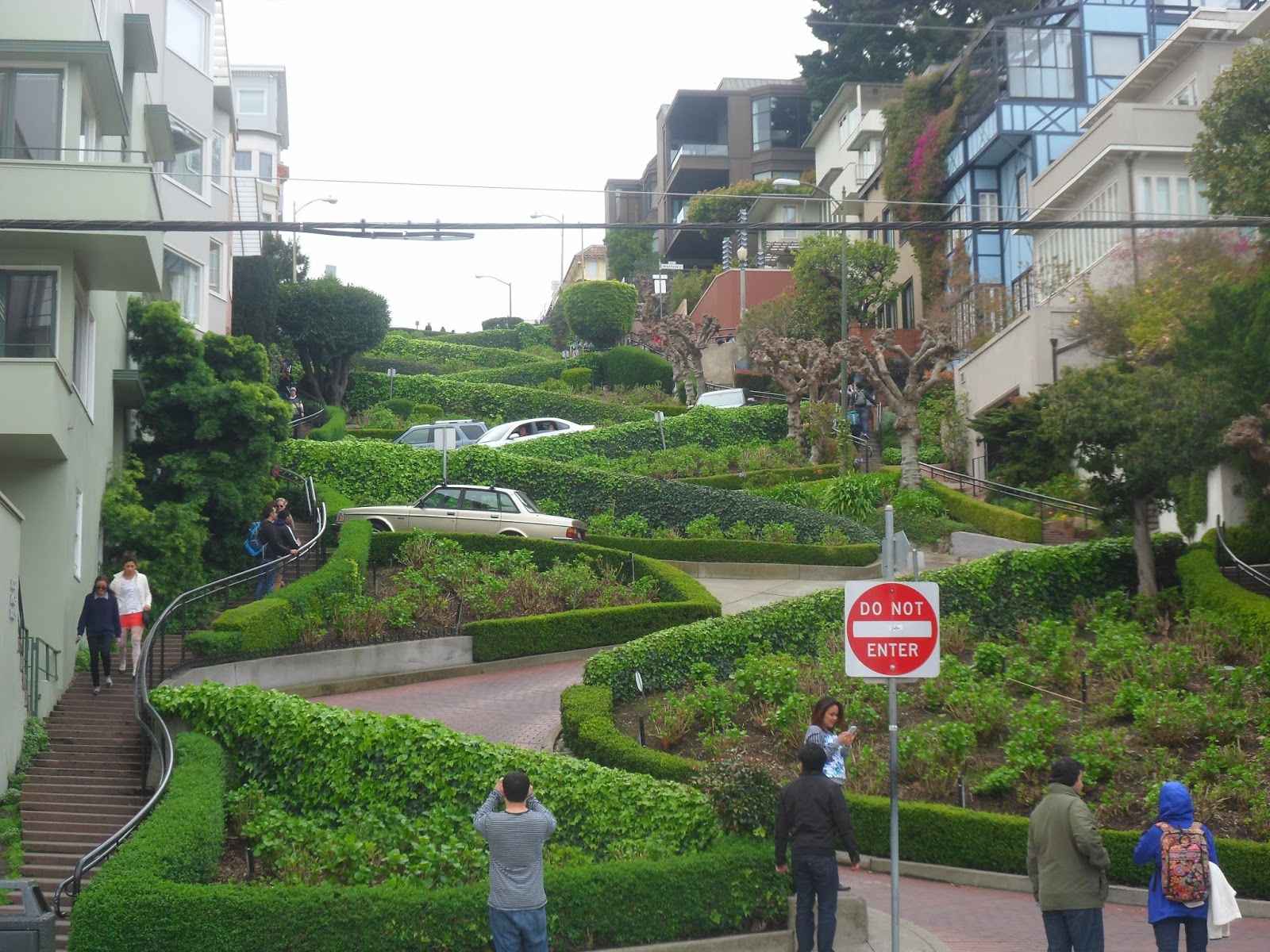 We had one last site that we wanted to reach today and that was Lombard Street, "the crookedest street in the world." We backtracked a bit from Ghirardelli Square and walked up the steeeep hill (basically climbed a mountain) that is Hyde Street until we reached the crooked street. I'm so proud of Ma for persevering and making it all the way. Other people took the easy way up by car or streetcar, but we worked hard to get up there even as the hill got higher and steeper, which made looking down Lombard and out over the city that much sweeter. This is yet another place that's full of tourists staring down the hill, standing in the middle of the street to take pictures of it, or even driving down it in their cars and taking pictures of themselves in the act. I feel bad for whoever lives along this section of Lombard, because it's literally all homes that line this crooked street and tourists are all over the place hanging out and making noise. After taking in the view we walked down the steps on the side of the street and snapped some photos from the bottom. Then we headed back to the hotel for a little rest. 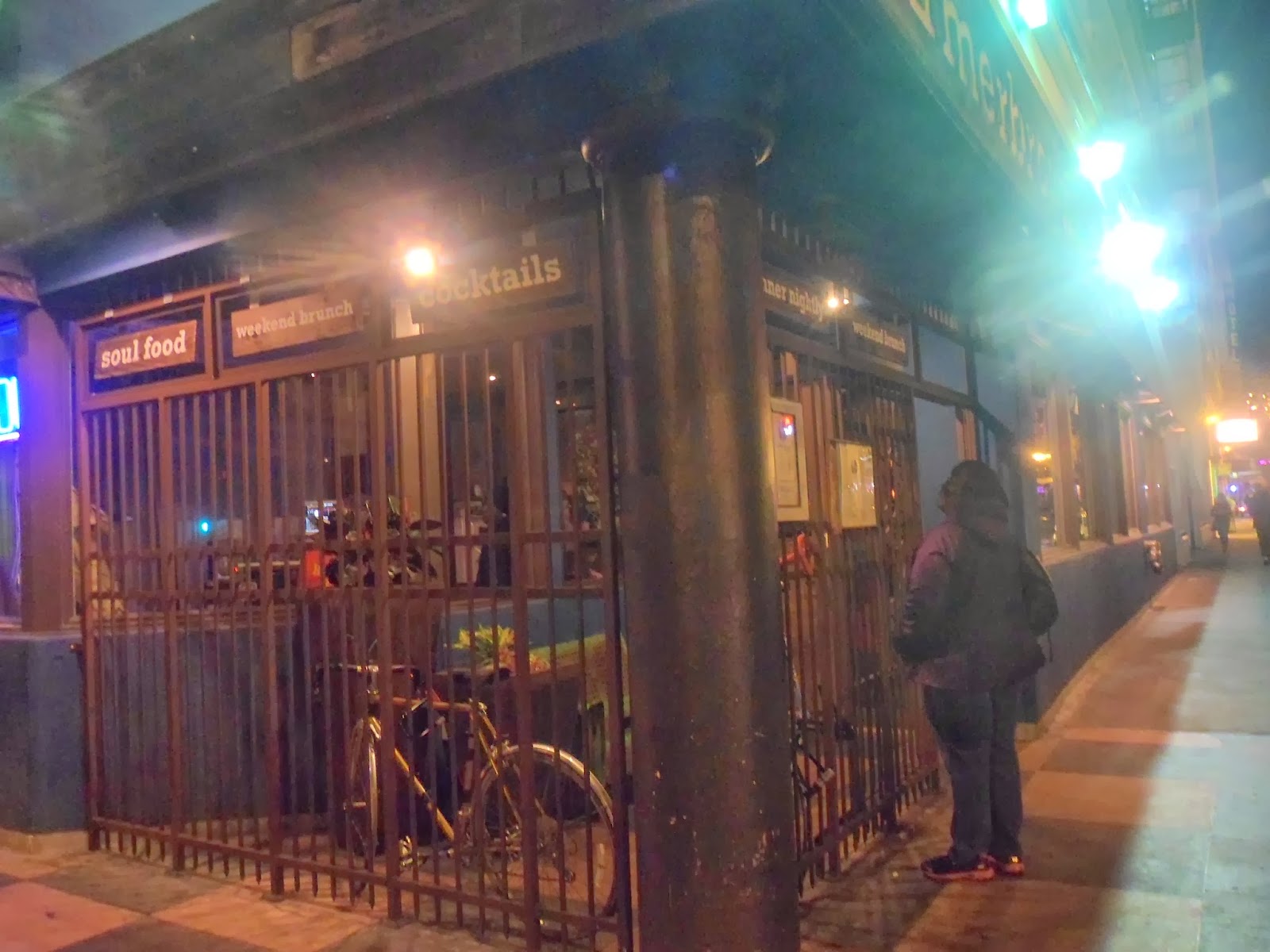 For dinner Ma and I returned to the soul food restaurant that we couldn't get into on Saturday, farmerbrown. With dark lighting, earthy colors, and oldschool hip-hop and R&B music in the air, the vibe of the place is part country kitchen part underground hip-hop spot. The word "cool" came to mind immediately when I sat down. Paintings of important black artists decorate the walls, and the movie Dreamgirls was playing on a projector hanging from the ceiling. We made a reservation this time, and since today was a Tuesday it never got too crowded even at peak dinner time. I went with the day's special (chicken and waffles), with the traditional staples of macaroni and cheese and green beans. Everything tasted wonderful, but I was especially pleased with the chicken and waffles since it was my first time having 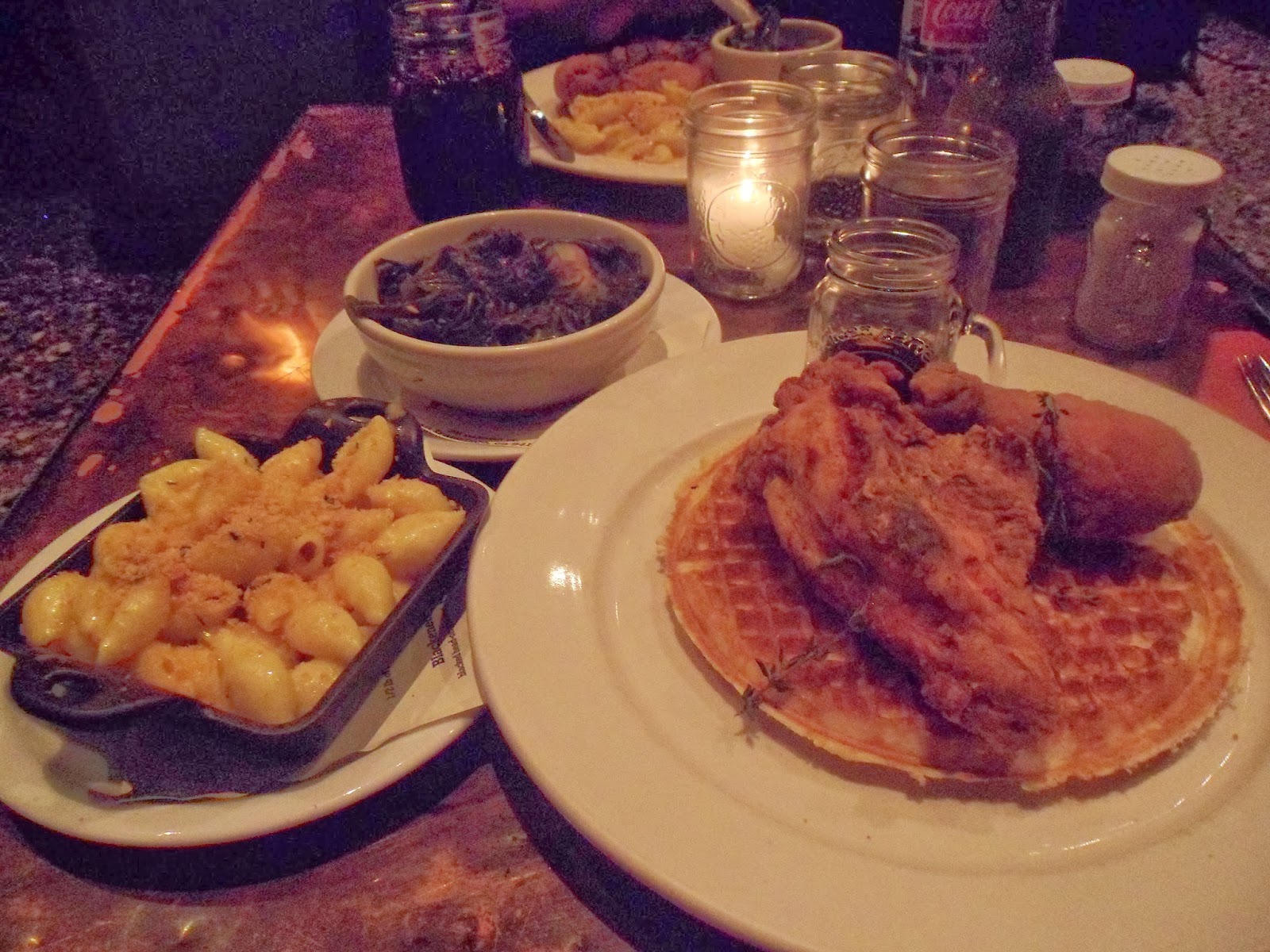 it. And what a coincidence, we were seated next to another pair of French-speaking people! It was hard for me to tell that they were speaking French at first though, because their accents were a little different. Maybe they were from Quebec? Again, I was tempted to try speaking with them, but chickened out.

You can't really compare farmerbrown and Brenda's because they offer completely different styles of soul food, but I will say that farmerbrown's style was more akin to what Ma and I are used to. Oh, and the service is really great; probably the best service we've received since we've been here.  Before we left I got red velvet to go, and though the coloring is a
little brown I have no complaints. Very moist and not too sweet, so almost perfect. 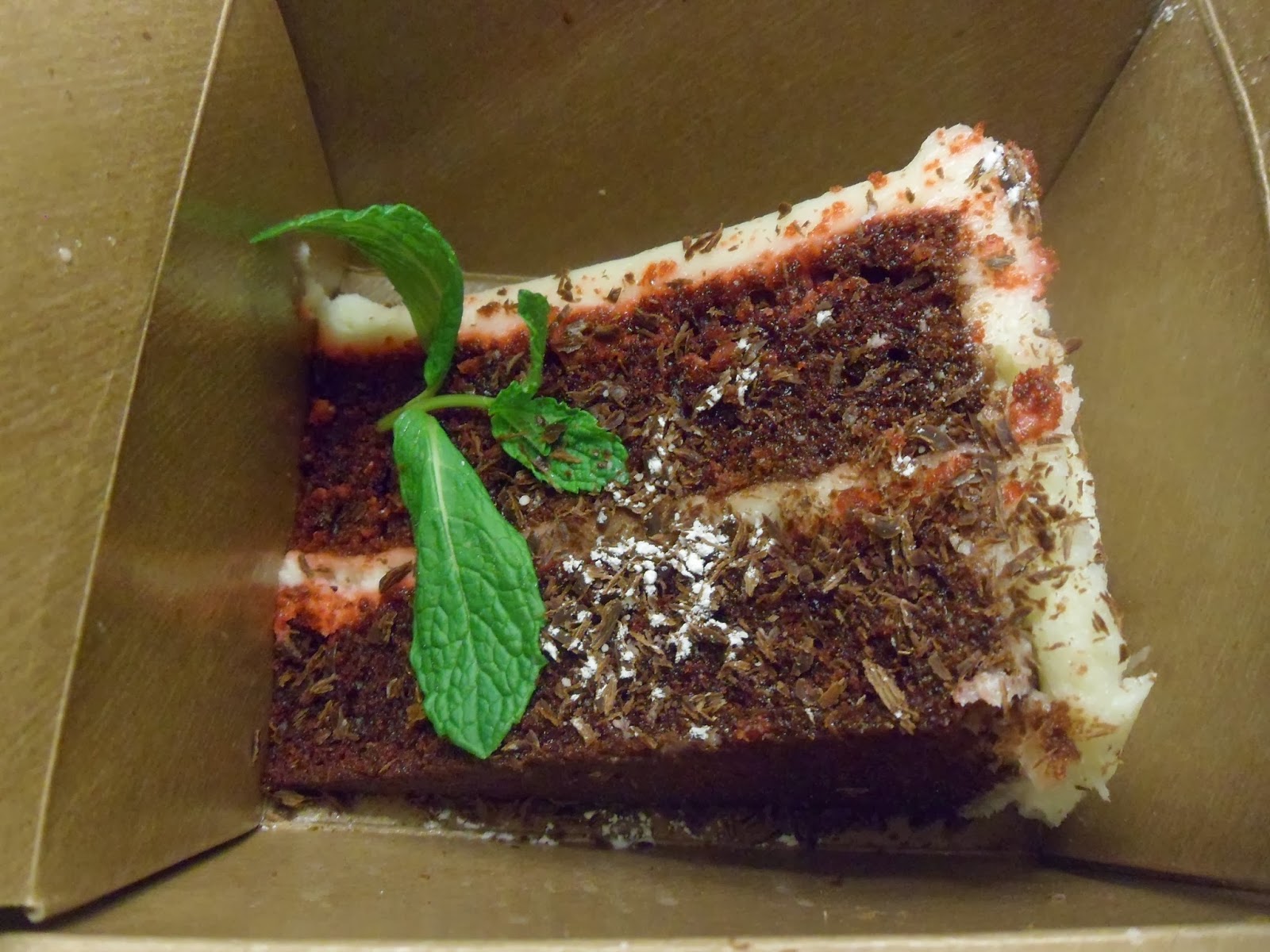 After all the walking and climbing we did today, I know I'm going to sleep well. My feet, thighs, and hips are still talking to me after that challenge going up Hyde.