We started our last full day in San Francisco by going to the Walt Disney Family Museum, and ended it by walking the Golden Gate Bridge. Twice. 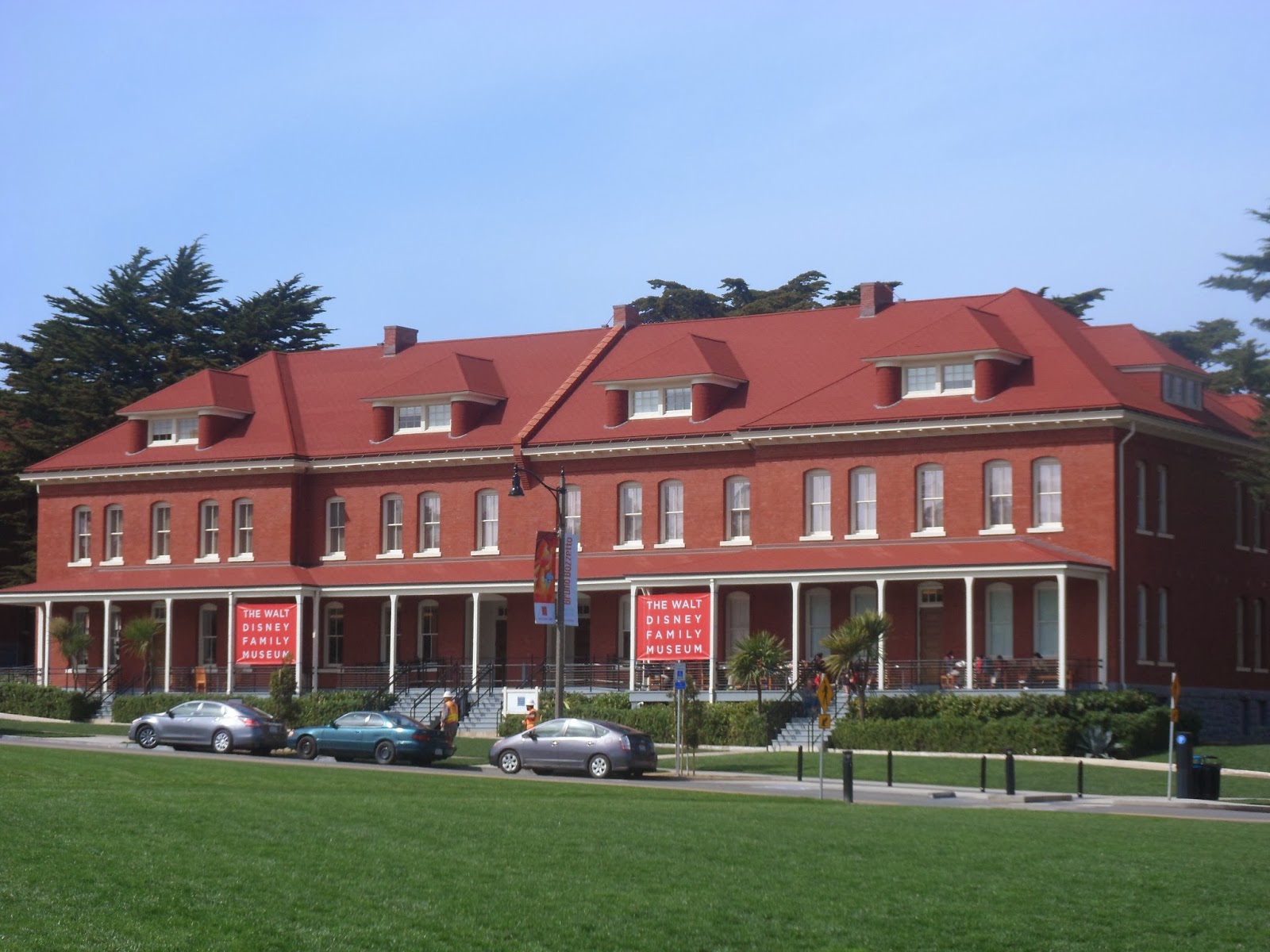 The museum was Ma's idea. I hadn't heard of it, but I've always been a fan of Disney movies ('90s/Disney Renaissance babies stand up!) and it was something Ma wanted to do, so we went. It's in the Presidio, which is big and green and wealthy and beautiful, but it's too clean and quiet for my liking. Anywho, this small museum turned out to be one of the most interesting museums I've been to in a while!


The lobby is a mini-exhibit of its own, showcasing 248 awards that Walt Disney received from national and international film festivals, motion picture academies, academic associations, and various other clubs and organizations during his career. There's even an entire case that's just for the Oscars he's won. The main exhibit of the museum begins with Disney's family tree and ends with his death in 1966. When going through it, you notice that the focus alternates between two  currents: Walt's work/accomplishments and his family life. The message is that being an artist and being a family man were both essential parts of who Walt Disney was. 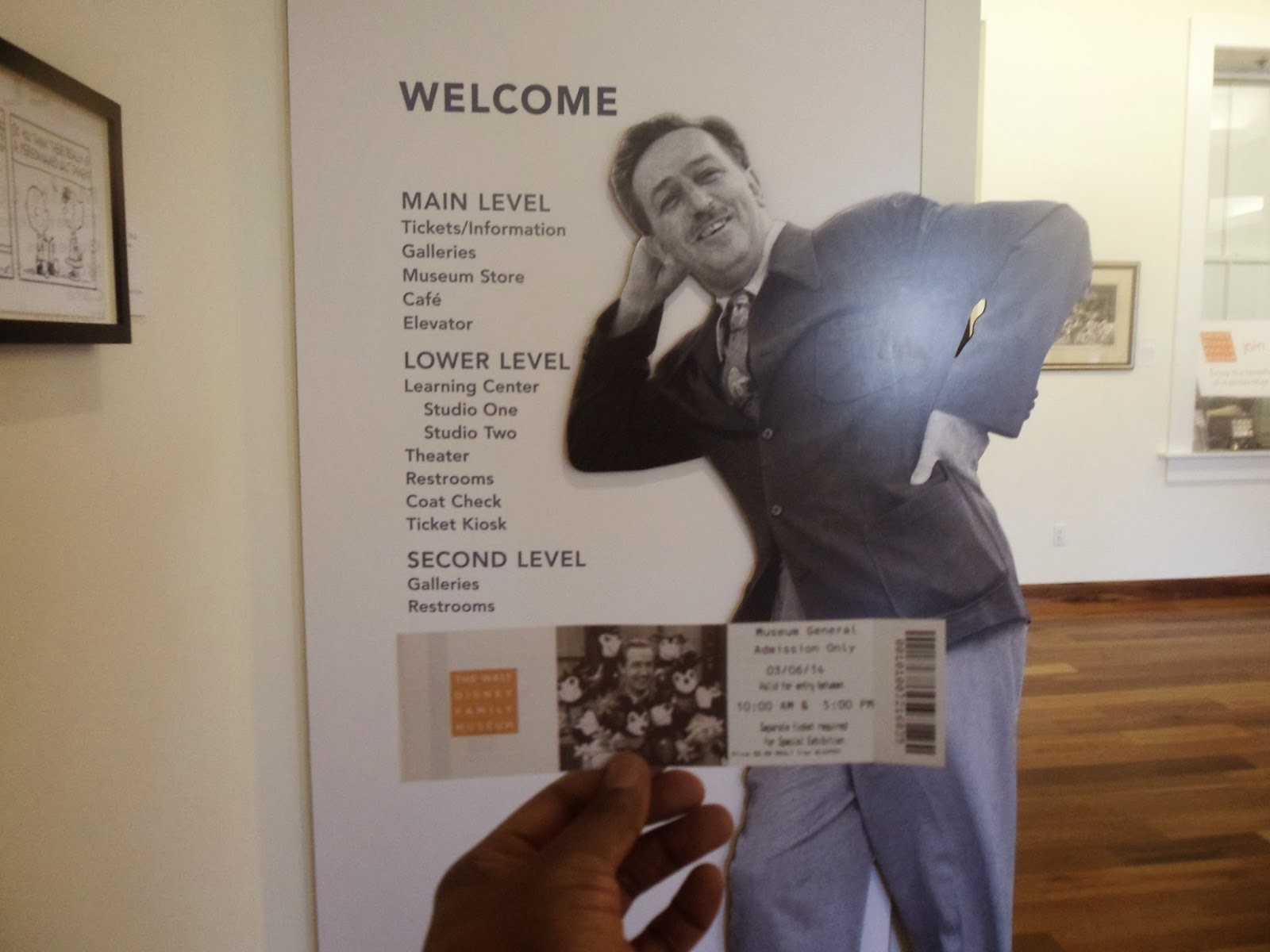 This museum is so detailed with the items it displays and the stories, events, and techniques it recounts that you can tell that a lot of thorough research has gone into it. And everything comes together to produce a story of how a kid with a knack for drawing persevered, started his own studio in Hollywood when it seemed impossible for him to break into the business, and created works of wonder and laughter that came to mean many things to millions and millions of people. It's a very inspiring narrative. I couldn't help but notice that this narrative is also carefully constructed, making no mention of the racism, sexism, and anti-Semitism that more people are calling attention to in regard to Walt and his work these days. But this museum was created by his family, so what do you expect? In all, we enjoyed it and learned a lot about Walt Disney that we hadn't known before. 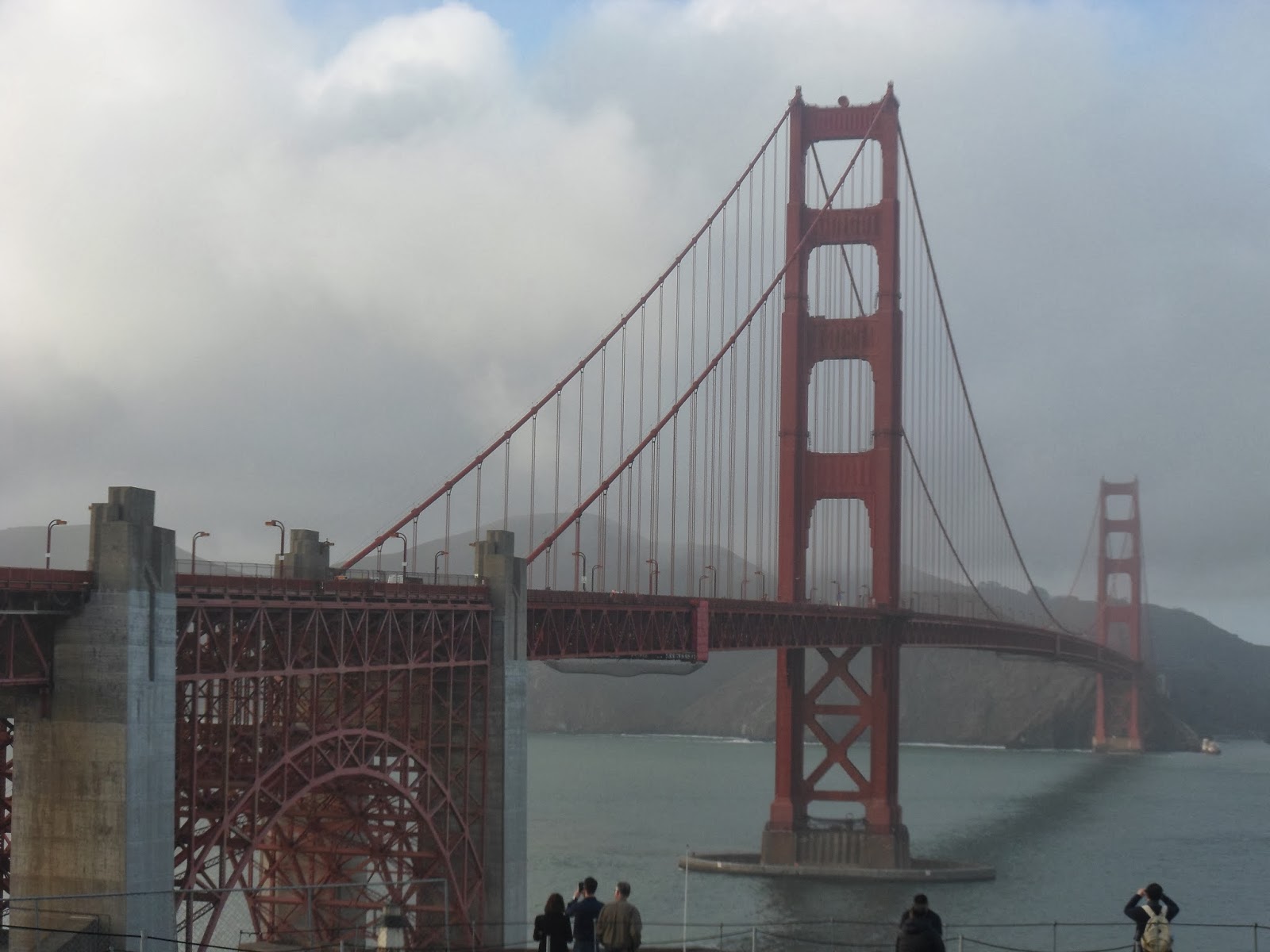 Next stop was the Golden Gate Bridge. We figured walking it would be a nice way to say farewell to San Francisco. Being so high up, surrounded by water, with nowhere to go but  foreword or backward, surrounded by a history and possibility of injury or death... it's both exciting and a bit stressful. Almost like riding a rollercoaster. Even though all we'd done was walk across a bridge from one city to another, Ma and I both had an odd sense of accomplishment. Ma for overcoming her nervousness and making it to the other side. And me for... I don't know. Being able to move forward on foot while cherishing a powerful moment in a beautiful place, I guess.

Our plan was to walk to the other side then ride a bus back, but nope! We got there and there were no buses, and we ended up having to turn right back around and walk our behinds back to San Francisco. So we walked the Golden Gate Bridge twice. And you would've thought someone was after us, as fast as we were walking trying to get back before it got too dark. We just didn't want to be on that bridge at night. Plus there is always the possibility of witnessing a jumper, which was also something we wanted to avoid (Golden Gate Bridge is the most used suicide site in the United States, and second in the world). After some time we made it, took one last look of the bridge, then rode two buses to get back to the hotel.

This week was an amazing week for us spending some quality mother-daughter time. We did and saw everything that was on our list, and we never got lost when finding our way around the city. What matters most for me is that Ma enjoyed it. Seeing her so relaxed and pushing herself to do things that she wouldn't normally do at home made me happy for her. To be honest, I'm not looking forward to going back to Michigan tomorrow. My life back home, my "real life", is so sad and lonely and I don't feel like I have anything to look forward to. But alas, I can't stay away forever. 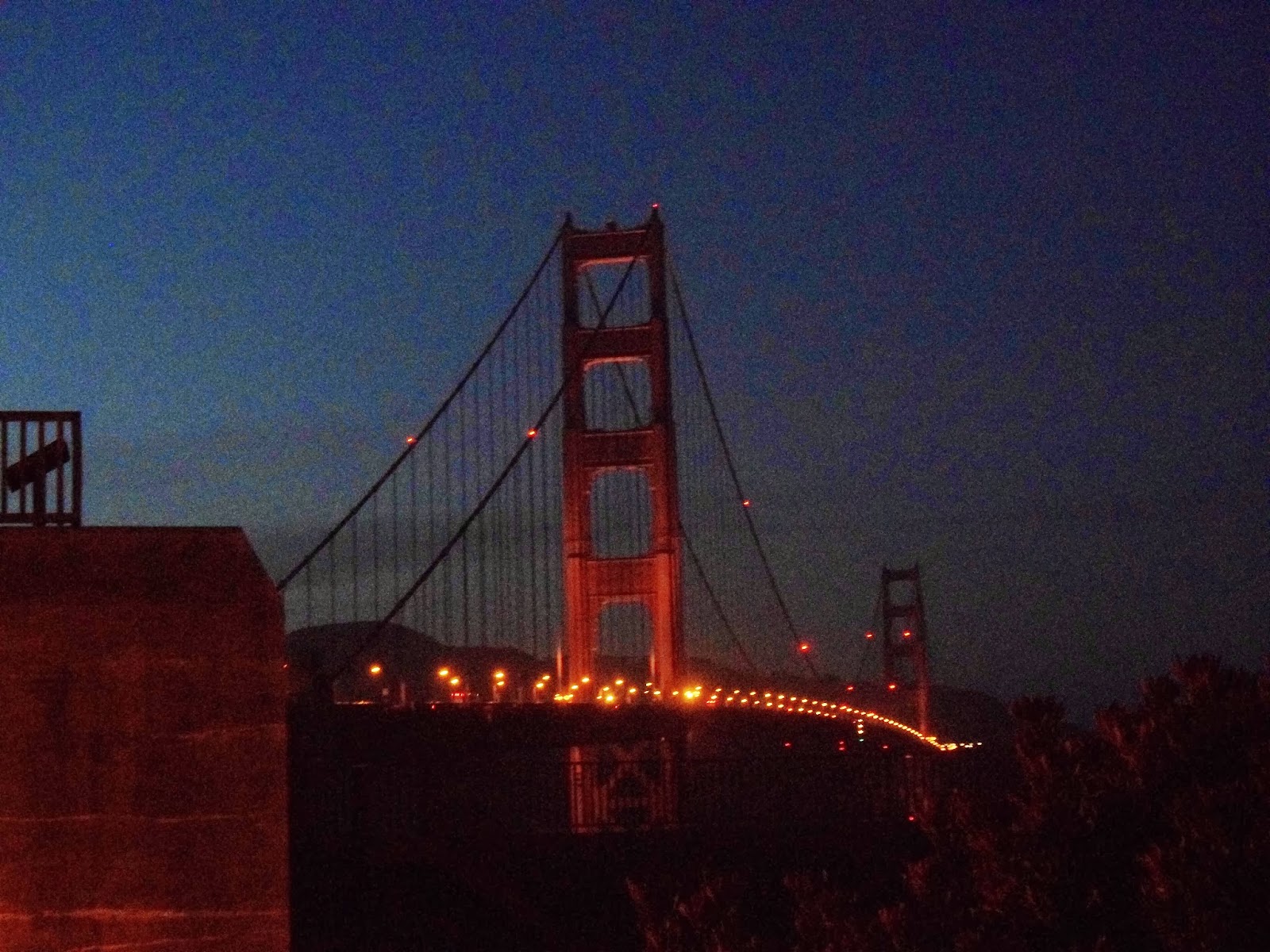