Today started with the usual lolligagging and Nay doing another client's hair. Going for a picnic at Piedmont Park was on the table, but then my cousins got distracted making "Sausage" and booty-shaking videos to post on social media, so that idea went out the window. And by that point I was so bored and exasperated that I went for a walk around Nay's neighborhood,  in 95 degree heat, having no idea where I was going, just to get out of the house and avoid snapping at someone 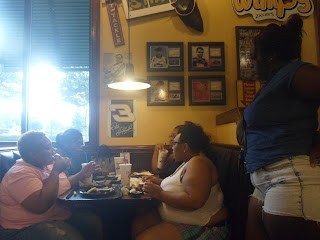 When I returned, our resident experts in taking their time still weren't ready to leave and remained such until we finally left the house around 4pm, and by then all we had time to do was take everybody to Zaxby's for some fried chicken and head to Midtown again to pick Chris up from work. The plan was to go bowling afterward,  until we got to Chris's job around 6pm and Nay called to inform us that bowling was out and we'd be going to the movies instead. Then on the way from his job they called again to say that the movies would cut too close into our time to get ready for the club, so they were just going to head to the nail salon instead. I was seething inside. Really? Another wasted day?! Another one?! It's bad enough that instead of taking advantage of what Atlanta has to offer, we've been doing extremely basic stuff that can be done anywhere.  But we can't even come up with a plan and stick to it? Chris drove us past the Georgia Dome, the New Atlanta Stadium construction site and Sweetwater Creek State Park on the way back to the house, with me stewing all the way. 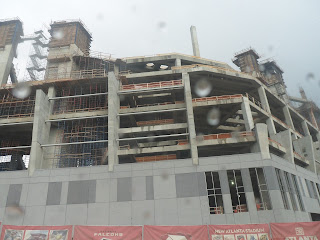 I know I had resigned myself to this and was only slightly miffed yesterday, but now I'm  mad. Like I was literally on the phone with my mom and stepmom (respectively) strategizing on how I could either take one of the cars and just go explore parts of the city on my own, or arrange to move my flight up and go home early to escape this boredom. Because I highly doubt I'll be able to take any more of this. I'd known that my cousins and I have different personalities and interests,  but I never would've imagined that some of them would be this uninspired to do anything worthwhile or create meaningful experiences during the daytime. How am I the oldest one of the group and I'm the only one who wants to GO OUT, EXPLORE, AND DO THINGS? Unbelievable. Just unbelievable. 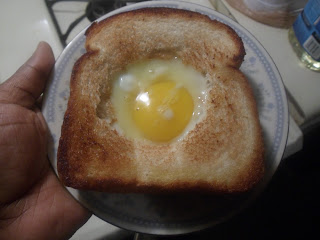 So once back at the house I spent the evening brooding and stress cooking. I hadn't intended on cooking at all this week because I'm on vacation and this isn't my kitchen to mess up, but cooking is such a stress reliever for me that I just had to do something. So I made a sloppy first attempt at Egg-in-a-Hole toast, also known as egg in a basket. I probably didn't make it properly (in fact, I know I didn't because I blackened the bottom slice of toast that I used and almost permanently scorched the pan on the gas stove). But it was edible, and the house didn't burn down, and I cleaned up everything when I was finished, so all's well that ends well. Just a little burnt smell lingering in the air for a bit. I'll have to make a proper go at Egg-in-a-Hole toast when I return to Michigan. 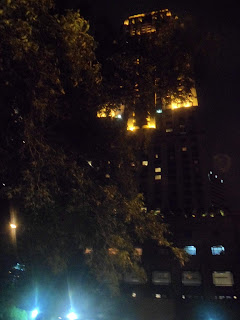 Tonight we set our sights on a different club, this time an 18+ one called Opera Nightclub that everyone had been to before except for me and Kay. We got a lesson in the power of social media before even stepping foot inside. Apparently you had to repost their #operawednesdays flyer on social media and present proof of the repost at the door in order to enter for free, otherwise you'd have to pay $20 to get in. Never in my life had I imagined that an Instagram repost would be worth $20. Of course we did what we needed to do to get in free but Lawdhammercy, how times have changed.

But moving on! Having never been to a real dance club before, I was a little nervous and didn't know what to expect, but Opera turned out to be a pretty nice establishment! Either they remodeled an old opera house, or they just did an impeccable job replicating one when they built the place, I couldn't tell. But the decor was quite unique. Ever seen dance/stripper poles standing in the middle of an opera house? Yeah, neither have I until now! Once I 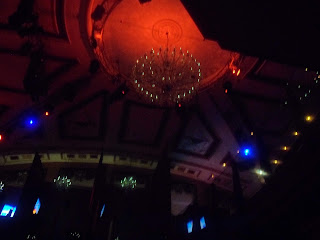 got a feel for the place I thought I'd twerk a li'l bit along with my cousins, but I just wasn't feeling it. It was a fascinating experience enough just to observe everyone in the club and take in the atmosphere. I thought I could move; you know, keep it under wraps and spring it on people when necessary. But mannn, these girls down here in Atlanta are masters at what they do. Masters, I tell you! My cousins already had me beat, but these Atlanta girls really put me to shame. I'd thought the notion was silly before, but now I'm convinced: twerking is indeed an athletic feat and an art form. I had fun just being a bystander, watching everyone else (cousins included) bop, pop, grind, dutty wine, shake, stomp, and sway the night away with the most swagger I've ever seen in one place. It. was. magnificent! 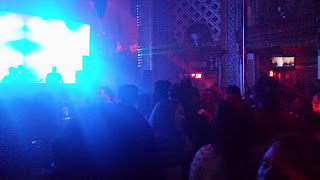 We ended the night with a Taco Bell run, and I finished off the remaining Smirnoff Ice Screwdriver at the house.The day didn't start off so great for me personally, but I think we ended up having a really great night as a group.