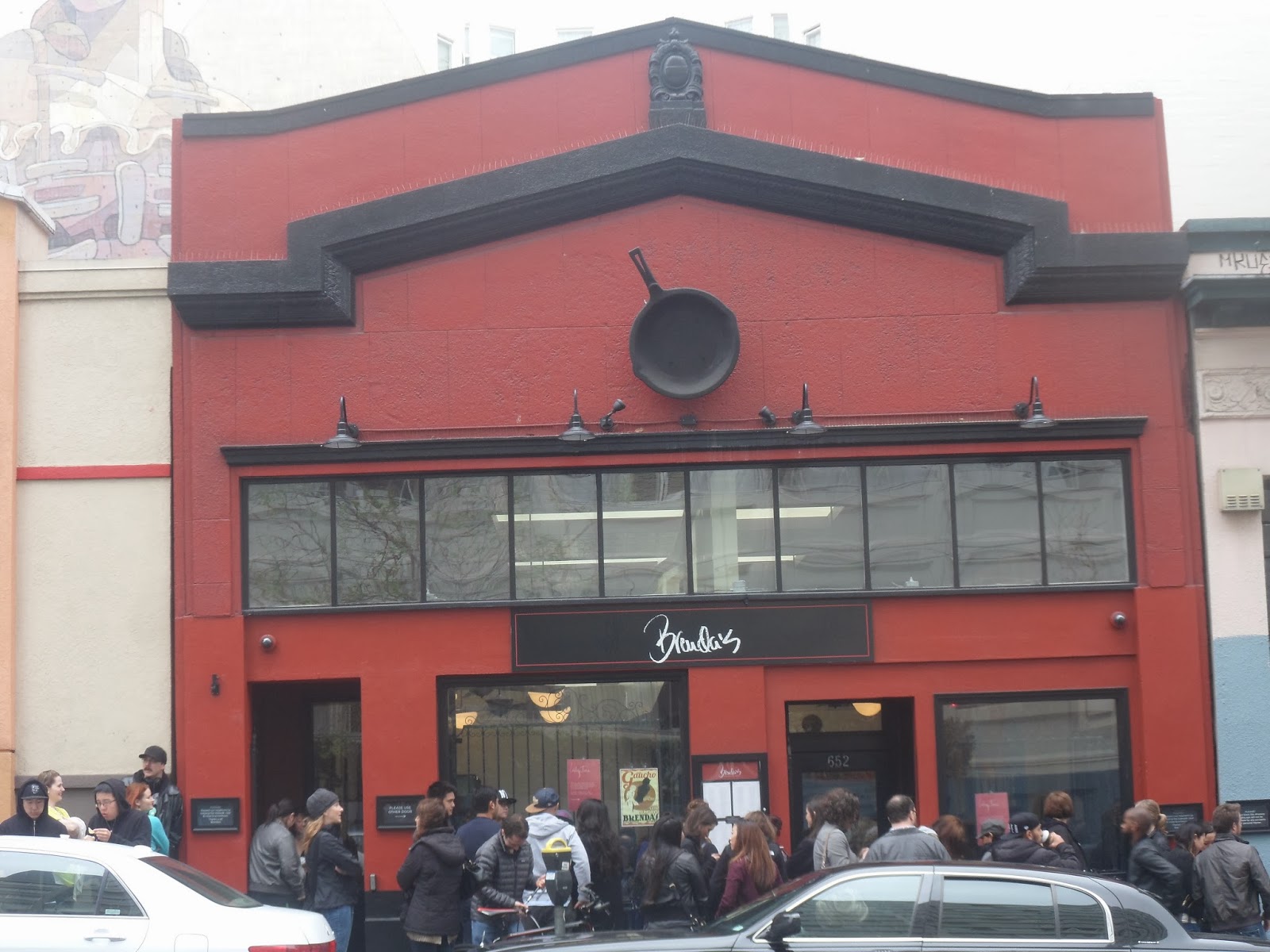 We would've explored the rest of the museum, but we had other places we wanted to go so we left after going through the whole Yoga exhibit. On to our second spot of the day: Brenda's French Soul Food. This is another well-reviewed spot, and the chef/co-owner is from Louisiana so we figured it'd
be worth the hype.

They said it would be an hour to an hour and a half wait, and they were not lying. But house rule #8 claims that "Your patience will be rewarded with a belly full o' goodness!", so we decided to trust them and wait it out. 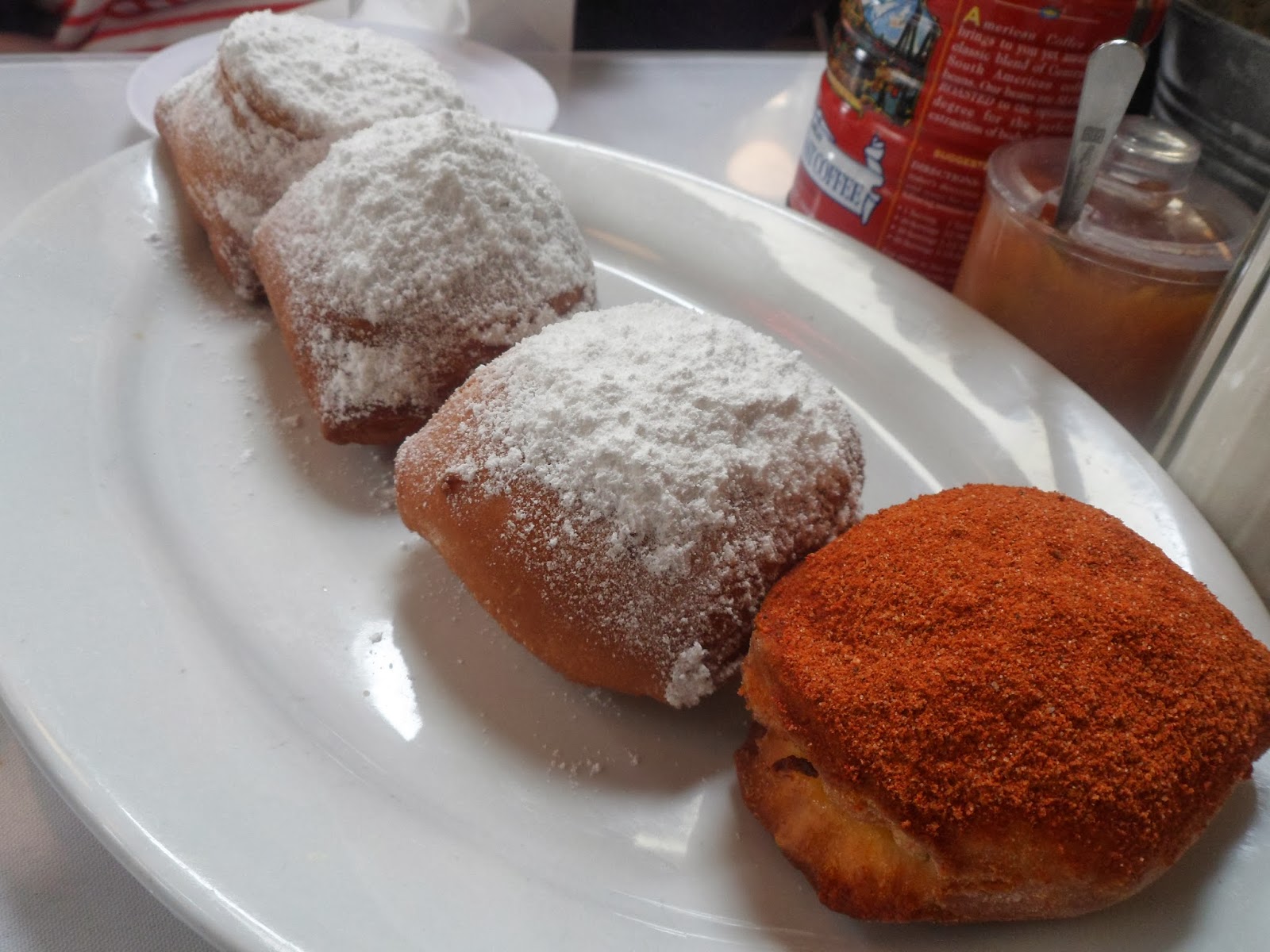 We stood outside for most of the time until a couple seats opened up in the waiting area next to two young Asian women. I was listening to their conversation to pass the time, and apparently one of them has been (secretly?) dating singer and YouTube star David Choi since December. They've yet to meet in person though. Anyway, after exactly an hour and a half of patience, Ma and I were seated. 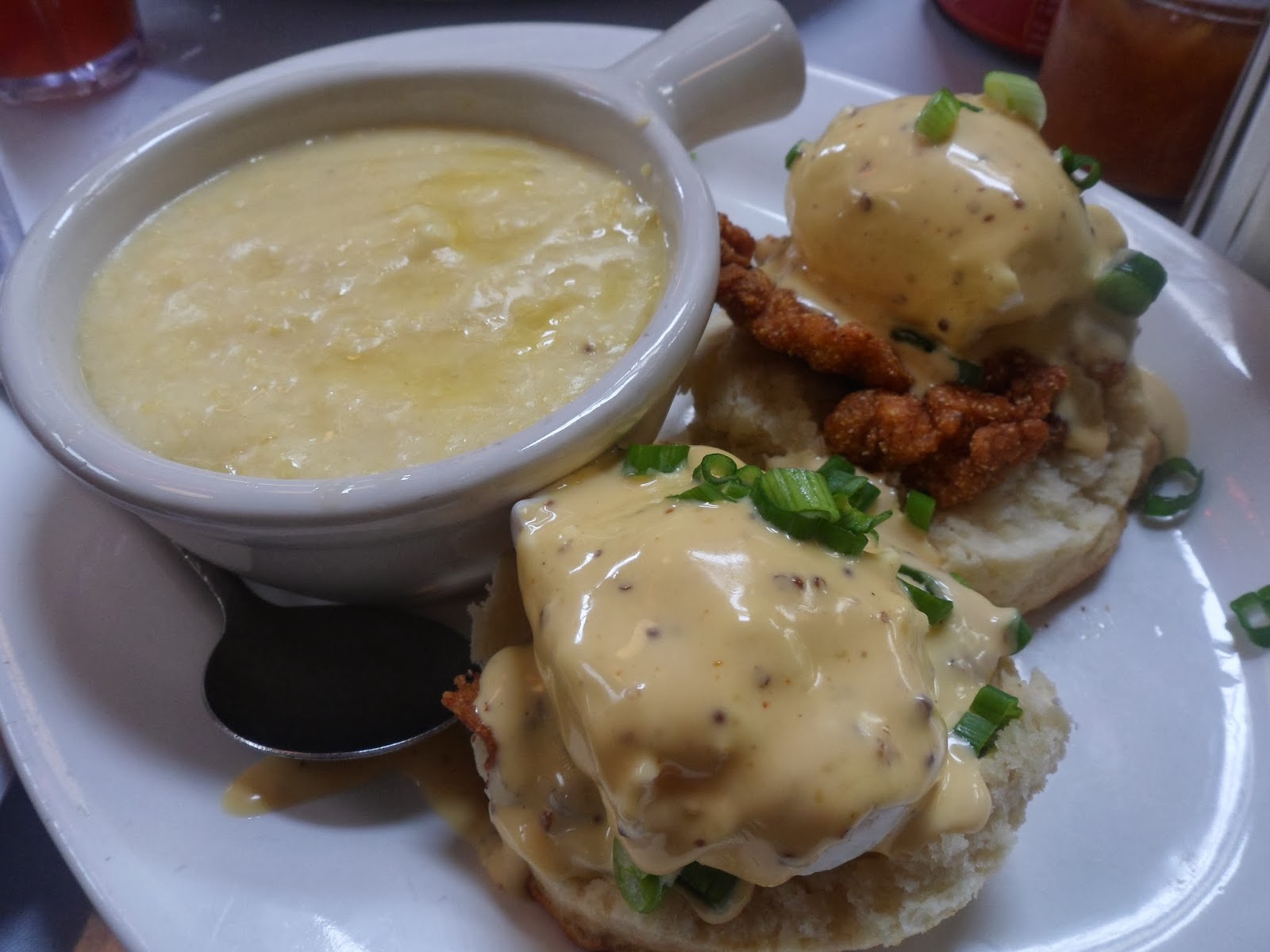 It's possible that I had such a strong reaction because I hadn't eaten in hours, but the food was honestly some of the best I've ever had in my life. From their weekend brunch menu Ma and I split beignets, and I ordered Fried Chicken Eggs Benedict, which came with grits (I'd never had beignets or grits before). All of it was wonderful. As I ate, I kept swaying to the blues/Motown/soul music that was playing, shaking my head and making my This is so good! faces, and asking Ma, "What did I do to deserve this blessing?". Like House Rule #8 had promised, I sho' nuff was "full o' goodness" and it was almost too much for me to handle! Totally worth the wait. 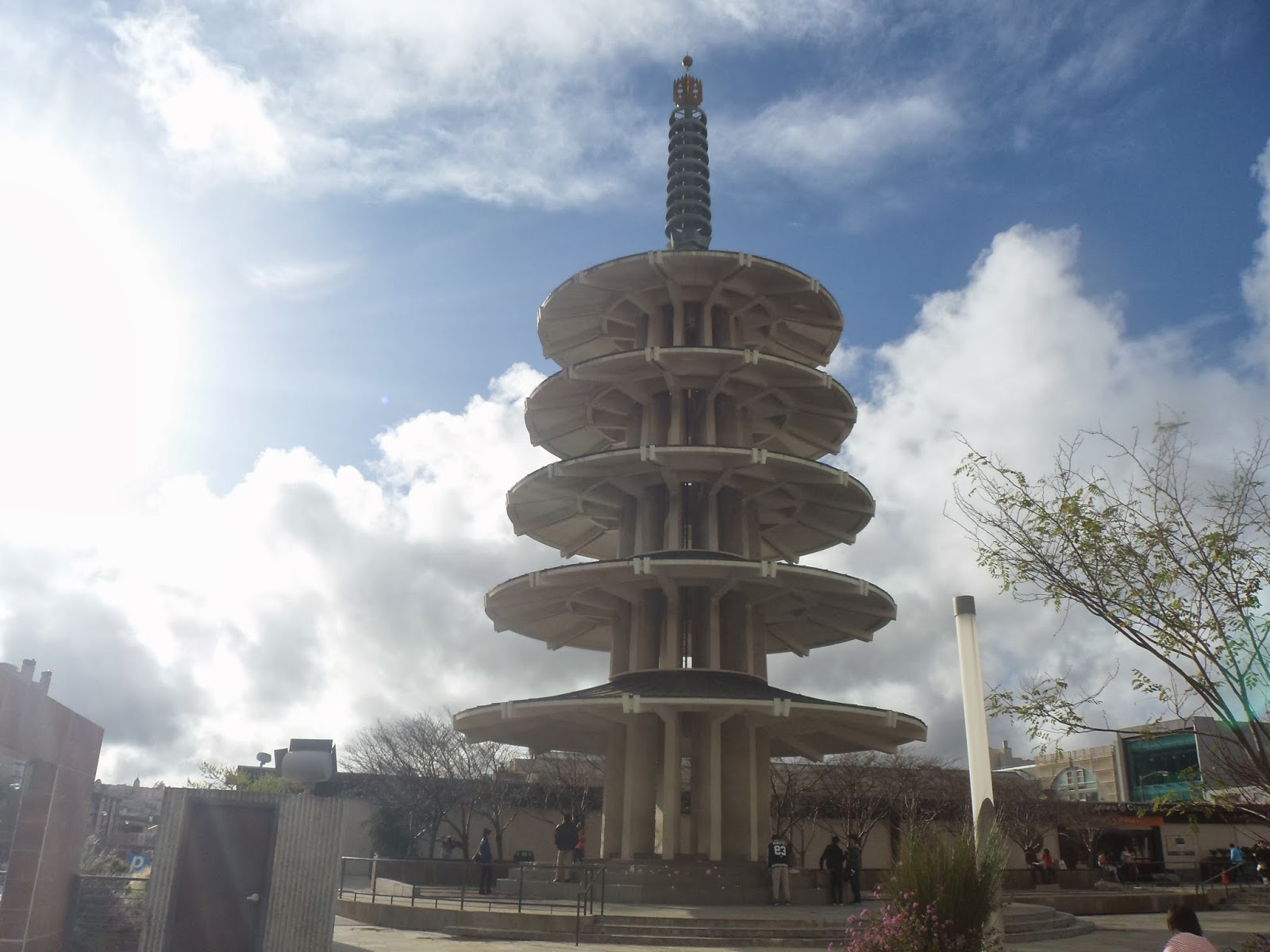 From Brenda's we walked to Japantown, where we explored the Peace Plaza and all three of its surrounding buildings (East Wall, West Mall, and Kinokuniya Building). I won't say I was disappointed, because it really is a nice complex. Let's just say I was underwhelmed. Having been to Japan, I always tend to prefer the real thing to attempts at recreation. Also, the "malls" were quite smaller than I'd imaged. I guess if we didn't have full stomachs and were in the mood for buying things (other than "towel handkerchiefs" from Daiso), we would've enjoyed it more. Still, there were many nice things to look at, and it felt good to hear and see Japanese in such a concentrated space again. 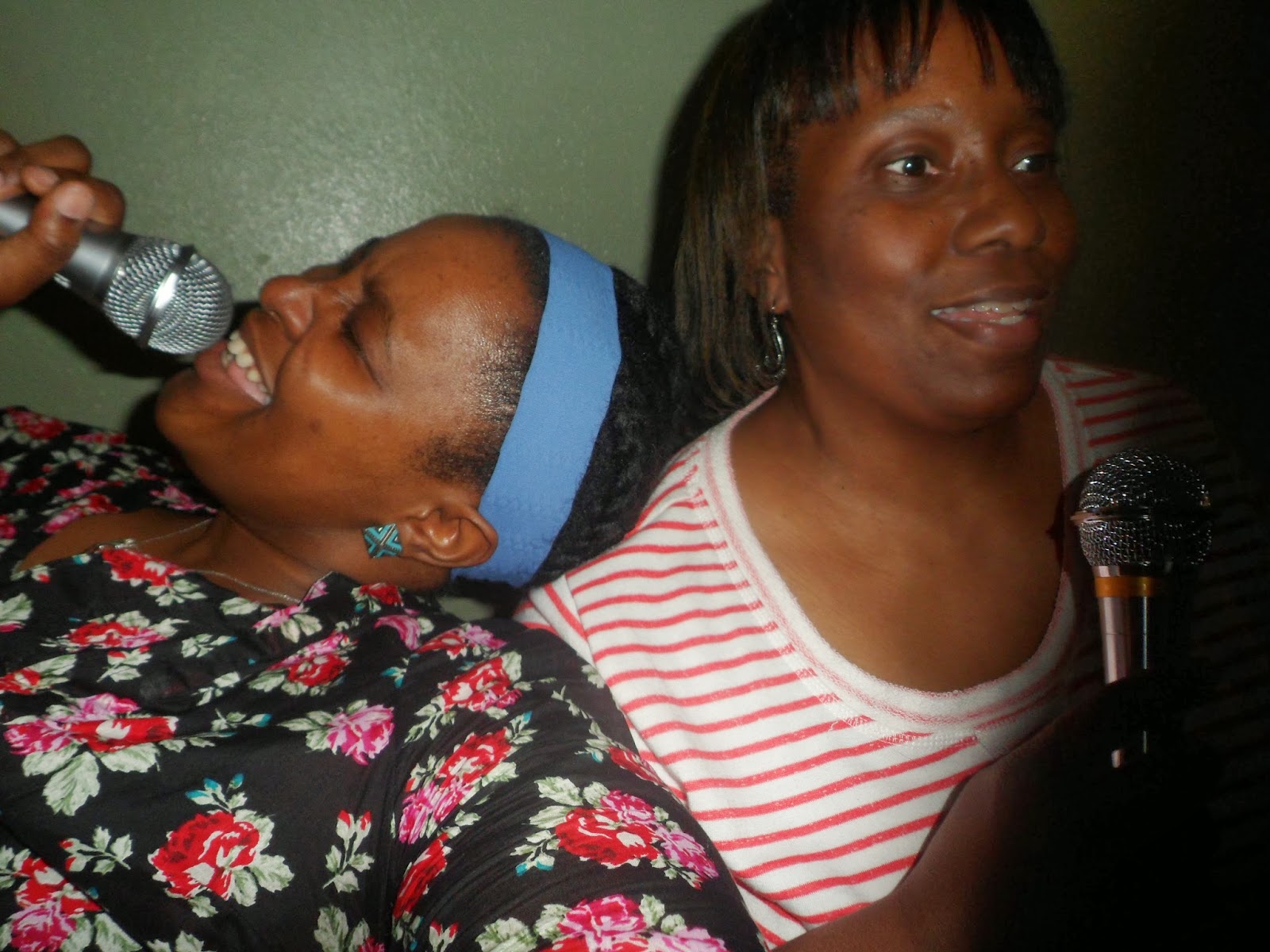 From there we walked to our last stop of the day: karaoke! Ma had never done Asian-style karaoke before, and I figured it would be something fun for us to try together since we were already in Japantown. The place we went to is called Do Re Mi Music Studio, and despite being in Japantown it's actually run by Koreans and its song selecting system is in Korean. But we had no trouble figuring it out, and once Ma got the hang of it I think she had a really good time! We paid $20 for an hour, which wasn't bad at all. After that we took the light rail back to our home for the week.
Despite our setbacks this morning, we ended up doing everything we'd planned for today and it was only 7:30pm when we returned. I said yesterday that we would enjoy today, and we certainly did!
SB in SF! photos
Posted by Deela (Danielle G.) at 2:32 AM