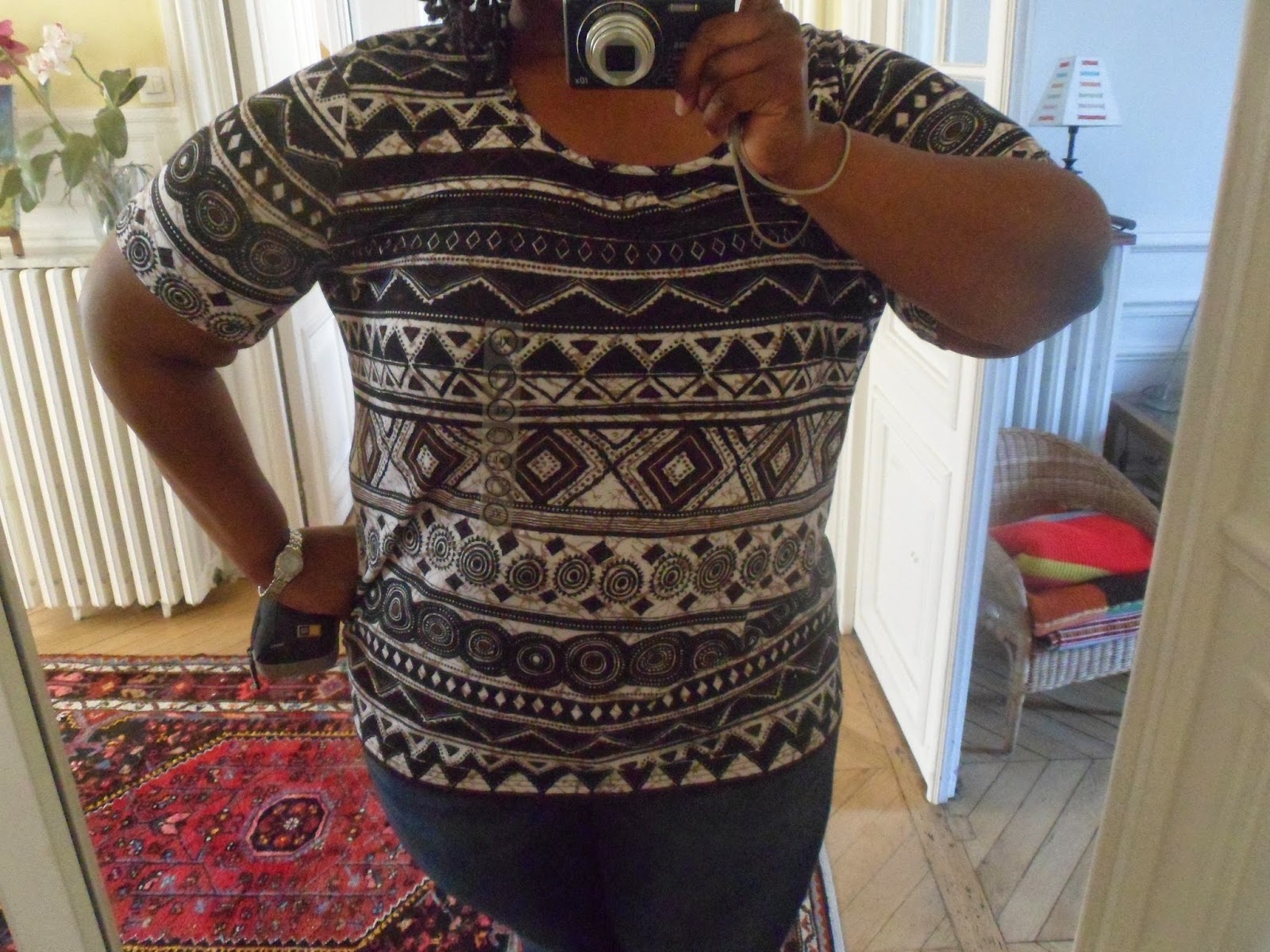 After work  I went to another C&A store on Boulevard Haussmann to see what I could find, and my coworker Louisa accompanied me. We got there 45 minutes before closing so I wasn't able to look around that much. But I did try something on, and I actually bought it! Yes, as much as she hates shopping, yours truly bought a new garment all by herself, without Ma's nagging, and has no regrets.

It's nothing fancy, but it's comfortable, it's not plain, and it didn't cost me too much (15 euros). And it doesn't look too bad, right? So I'm satisfied. 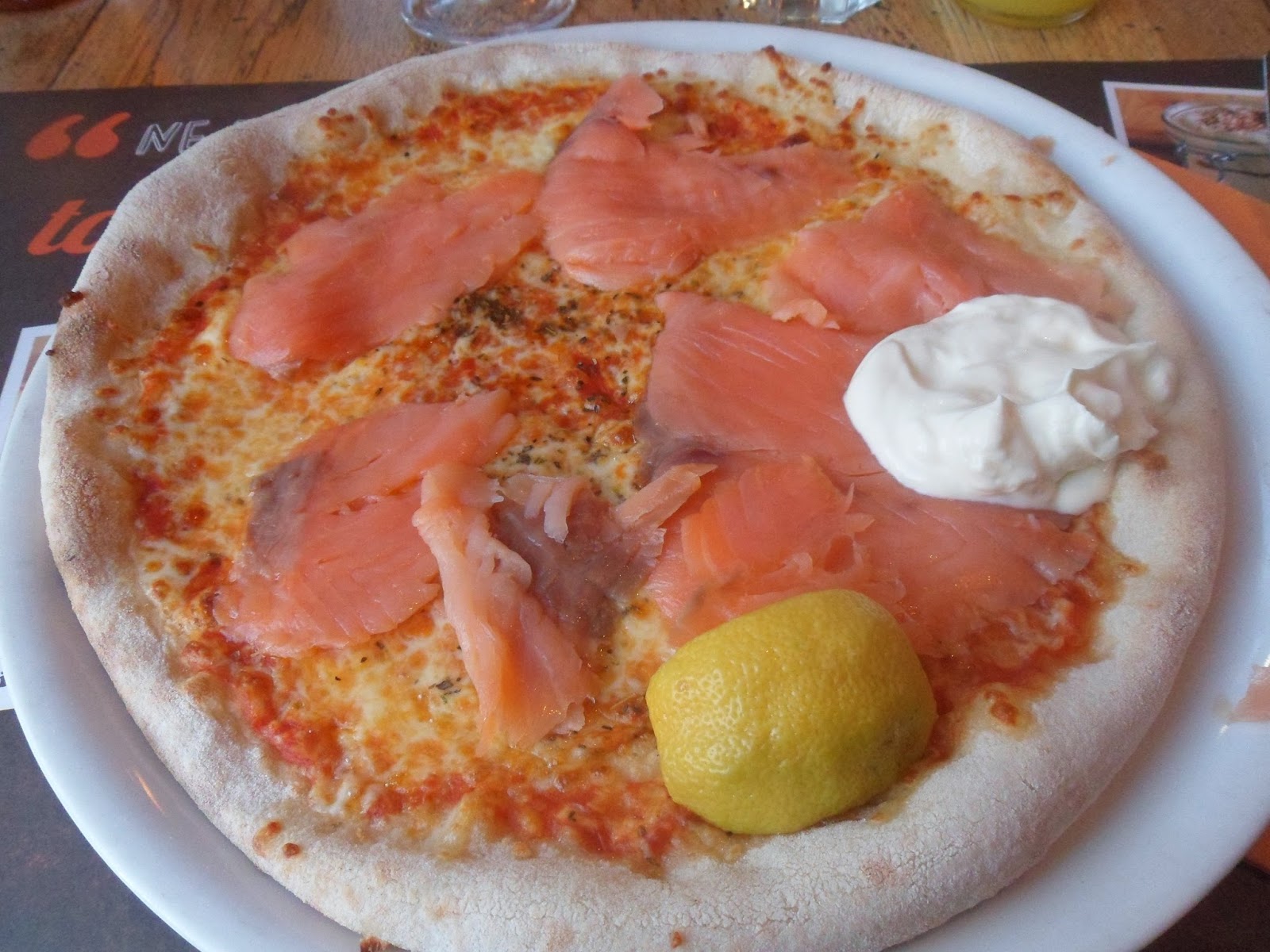 Louisa and I parted ways and then I went to Tablapizza by myself for a second time, and this time I tried their salmon pizza. Cheese pizza topped with slices of smoked salmon, sour cream, and lemon. May sound a little weird but I actually loved it!

Then I returned "home" and watched France whoop Switzerland's behind in their World Cup game with R-M and R. One of my friends back in the States told me that I wouldn't be able to avoid becoming a soccer football fan while I'm here, since it's such a big thing in Europe and it's World Cup season. I'd have to disagree (I still couldn't care less about sports, football included). However, it's fun to see how uncharacteristically loud and excited French people around me get when Les Bleus are winning. Whether it's my host fam, neighbors in our building or across the street, or people in bars and restaurants, someone will be making noise about it. And it's a thrill to be around that kind of energy.

And that was my Friday evening/night. Nothing too new or exciting, but it was a good enough start to the weekend for me!