The past couple of days, the fatigue and tension in this house have been palpable. It's starting to make me stressed, and I don't even live here! Even Bear the dog is stressed, and he's a dog! Something is seriously wrong here, but I can't do anything about it, and it's no use getting riled up over problems that aren't mine. I was really tense last night, so what did I do? You guessed it... yoga! Last night I did another Melissa West video, the theme of which being fertility. In a way, you could say that this session was about creativity just like the last one I did was.

This morning, Cynthia and I went to Freestone again for a zumba toning class. This was my first time doing zumba and it was a challenge having to do all that movement with weights in hand. It was fun, though! The instructor was energetic and I worked up a good sweat. Maybe when I get back home I'll try a regular zumba class. 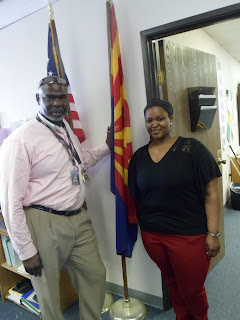 Then we rushed off to a Native American reservation in the middle of nowhere so we could visit Dad at his school. He's the principal at a middle school there and has been bugging me all week to come, and I wasn't enthusiastic about the idea. But sometimes he can be annoyingly persistent and it really couldn't be avoided. Plus, I've been spending all my time with Cynthia and J this week, and since Dad's the only one in this house that I'm actually related to I guess it'd be wrong not to spend time with him too. I guess. I don't absolutely hate the idea of spending time with Dad, and I was intrigued by the idea of being on a reservation for the first time, but I didn't want to go because:

1) He never asked me if I wanted to go. He wanted me to come so he decided on his own that I would. He'd say things like, "I can't wait for you to meet my students," or "Are you excited to come visit me at the school?" But the explicit, considerate question "Would you like to come visit my school?" never came out of his mouth.

2) I knew that he would only parade me around the school to his staff and his students, bragging about how brilliant and perfect I am, as if those things were unequivocally true (nobody is perfect) and as if he had had something to do with it.

And that's exactly what he did. He dragged me around campus, interrupting every single class so that all of his staff and all 90 of his students would know who I was. I felt used. I know most parents like to brag about their children, but seriously, you're the principal and you're interrupting every single class just so you can put your daughter on display? Come on, now! And then, he'd try to introduce me or explain to his students how much of an example I was, but he couldn't get the facts straight.

Dad (to a room full of students): This is my daughter, Danielle. She goes to the University of Michigan.
Me (to him): Michigan State University, they're completely different schools.
Dad: Oh right, right. Michigan State.

Dad (to another classroom): She took all AP classes in high school. [false] And Danielle, what year did you graduate, 2006?
Me: 2011.
[Students in the class giggle because it's so embarrasingly obvious that he doesn't know what he's talking about.]

He doesn't know much about me, hardly raised me, and had little to nothing to do with my success in school and life. Yet he wants to take credit for it all and show me off like I'm some kind of trophy. It all just felt so phony and arrogant. The most accurate thing he said was:

Dad: She got her brains from her mom.

But even that felt like an empty platitude. It's not like I asked to only have one parent be actively and intuitively involved in my childhood. Just think how I might've conquered the world if I'd gotten my mom's "brains" (nurturing) and his too! Anyway, like I said, I knew this would happen so I wasn't surprised. But it wasn't all bad. All of the teachers and staff were really nice and a lot of the students were pleasant. And I guess in some way it's always interesting to go to your parent's job and actually see what they do everyday.

After all that, Cynthia and I rode back through the desert the way we came, so I got some nice photos of the mountains and the landscape. 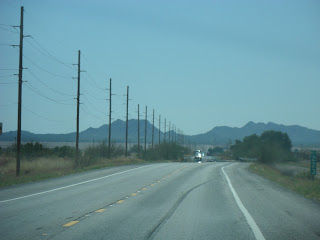 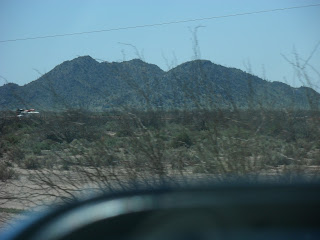 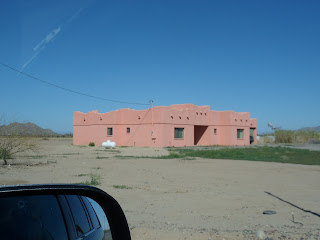 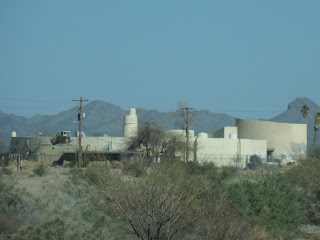 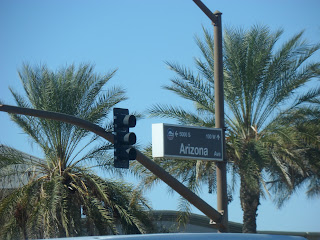 Despite my ordeal, today was a welcome change since I actually went out and did something. But I have to say that tomorrow is my last day here and I am beyond excited to go back to Michigan! 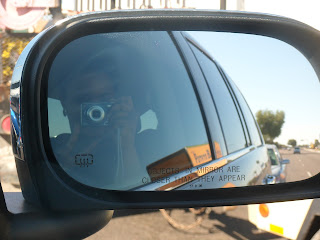