Finally! This day has arrived. Just like yesterday morning, my stepmom and I got up and went to Freestone. This time it was a yoga class, so I was excited for this one. I worked up a good sweat, and it just felt good to be in an actual yoga class again. Then we came back, and I packed my things.

Dad took half the day off and came home from school early. He walked in and said, "Okay Danielle, what do you want to do today? Whatever you want to do, we'll go do it right now." I suggested the zoo. But of course, we had to wait for J to come back from school before we could go anywhere (he had a half day too). Then it started storming so I figured, never mind. But Dad had decided, "Okay, we'll go to the zoo and then after that we'll go to the movies or go shopping or something." Right, because every girl just loves shopping and going to the movies in her spare time, and it's safe to assume I'd be the same way. Never mind that I'm too much of a cheapskate and a critic to go to the movies lately, and I have a luggage weight limit to abide by. Like I've written previously, he's really good at deciding things. Consulting? Not so much.

But I digress. The point in my including this detail is that he was trying to cram this whole day with activities, as if he just now realized, Oh, Danielle's here. And Oh, she's leaving tonight. But it's too late for that. Y'all knew I was coming months ago, and I've been here all week. The opportunity for all that has passed. However, he was insistent (as always), so we headed to the Phoenix Zoo. 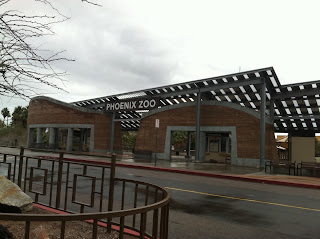 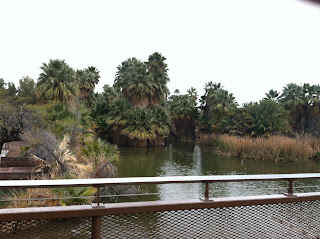 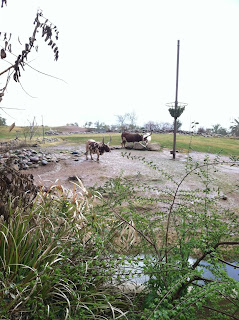 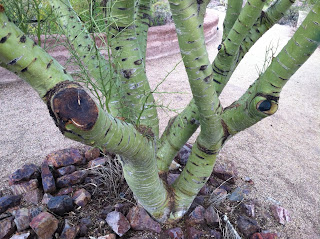 I  left my camera at the house because I hadn't anticipated actually doing anything today, so all of these pictures were taken with my iPhone.  Not too bad, huh? Anyway, we were able to walk around a little bit before we got rained out and decided to go... where? You guessed it. Back to the house. So again, I'm here, with my cold and wet feet, writing about how my day that was full of potential ended up being a waste just like the others this week. I think today's failed zoo excursion was both sign and confirmation that Spring Break in Arizona was just not meant to be.

My flight isn't until 1am, so now I'm just counting down the hours.  All I want to do is not be bothered by anyone, be taken to the airport on time, and go back Michigan. 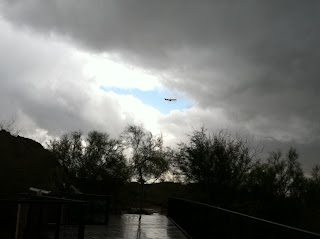