As Winter Ended, I Made Up with My Roommmate

On the second to last day of winter (Monday), I made up with my roommate. And I know it was nothing but God, because we had had a drawn-out argument through text messages, and I really loathed her that day. But what do you know, Kammy came back to our room that night, FINALLY suggested that we talk, and we had a long and much-needed conversation about our issues with ourselves and each other. Basically our 5 months of silence boiled down to an inability to communicate, misunderstandings and differing interpretations, incorrect assumptions, mutual frustration, and fear of being the first one to say anything.

Does this sound familiar? I think a lot of conflicts people have with each other are rooted in these. My experience with my roommate has taught me this:

When you have a problem with someone, address it as soon as you notice it and say something. The longer you wait to speak, the more reasons you'll come up with to avoid talking, and the more painful and stressful it will be to start The Conversation. Say everything you need to say at that moment, not passive-agressively or spitefully, but in a clear and honest manner. Most important of all, reflect on what the other person says to you in response. Communication is simultaneously the simplest yet most complex  solution to people problems. It sounds basic, but really, all you have to do is open your mouth. 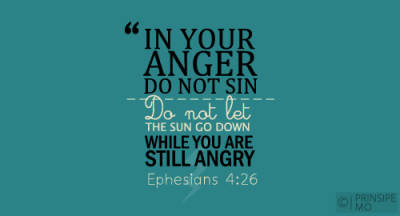 It's true though. We talked for nearly two hours, and after that it was like the past 5 months had never happened. There's no tension,  we don't avoid each other, we speak whenever we see each other,we joke and talk, I actually bother to help her wake up and get to class on time. It's like that dark cloud that surrounded us never existed at all. Obviously Kammy and I aren't suddenly besties now, nor do I think we will ever be. I still don't trust her completely. And I'm not going to get rid of my earlier post about our problems because I'm really proud of it and I meant everything I wrote at the time. But it's so nice to have a conflict finally resolved. It's even nicer to have someone to talk to at the end of the day, instead of just stewing in enmity and silence.

Forgiveness is truly a blessing and a hard-won life skill. God will give you peace in your home and life if you ask for it and are willing to try. It might take 5 months for it to happen, whatwith fear and stubbornness and this wonderful thing called God's divine timing. But it will happen. You just have to open your heart and your mouth, and say something.
Posted by Deela (Danielle G.) at 5:12 PM